dutch property company beladon is launching the world’s first ‘floating farm‘ in a city port. the high-tech, multilevel facility will float in the water in rotterdam, located roughly 50 miles outside of amsterdam. 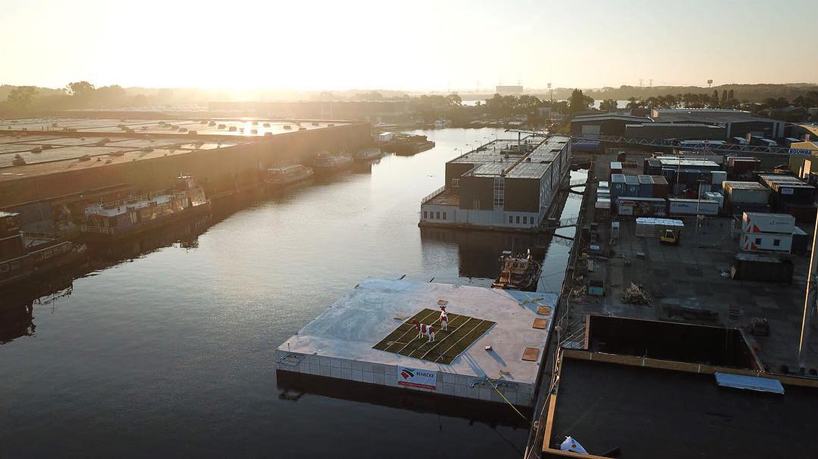 the offshore facility is built in the middle of rotterdam’s merwehaven harbour and will be used to farm 40 meuse-rhine-issel cows milked by robots. minke van wingerden, a partner at the property development company, came up with the idea after a business trip to new york city in 2012, exposing him and his wife to the aftermath of hurricane sandy. deliveries struggled to get through and within two days it was hard to buy fresh produce.

in a bid to resolve this, the 89-by-89 foot floating farm is made up of three levels and designed to be hurricane resilient. the second floor is where cows will be sheltered,the bottom level will feature machinery for processing and packaging dairy, producing an average of 211 gallons of milk each day, and the top level will be used to grow clover and grass for the cows to eat. once up and running, it will produce and pasteurise milk and yoghurt on-site and sell it in rotterdam. 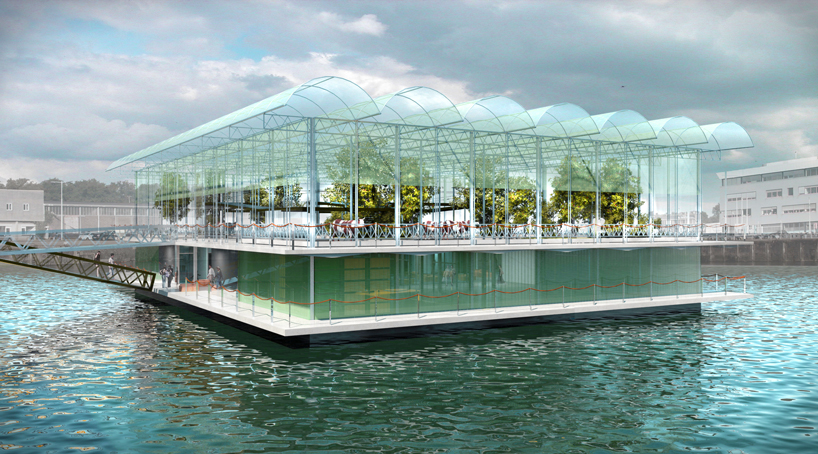 wingerden plans to feed the cows with various waste products from the city, such as grains left over from local breweries and by-products from mills. beladon will also process the cows’ manure and sell it as a natural fertilizer. the project will even generate some of its own energy – hydrogen produced through electrolysis powered by solar panels.