a train station in sweden that was flooded over the weekend after a heavy storm has provoked a spontaneous collaboration between local citizens who quickly transformed the water-filled apace into a giant swimming pool. the area in downtown uppsala was subject to flash floods following what have been record breaking temperatures across europe. 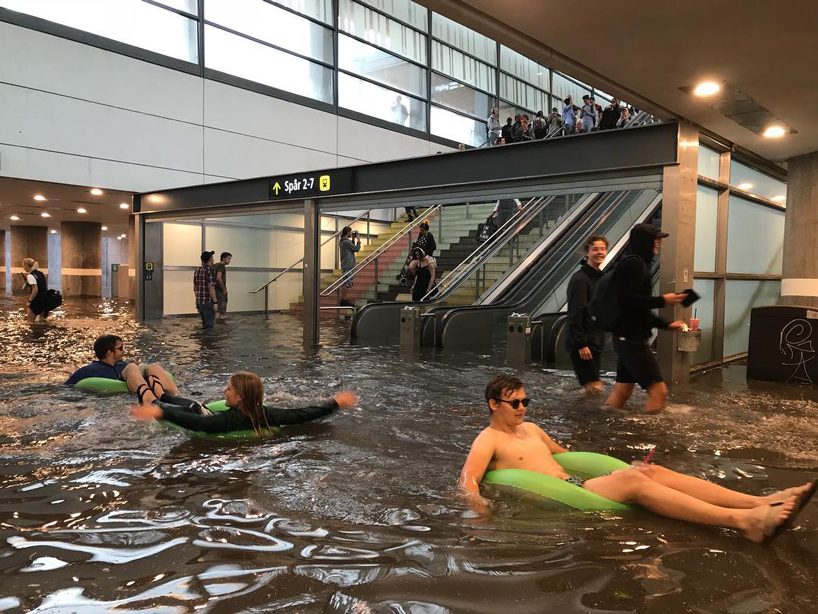 after the storm, water filled the corridors of the uppsala main railway station disrupting traffic at sweden’s fourth largest city on sunday. while authorities and emergency services dealt with the chaos, locals took the opportunity to cool off from the summer heat. 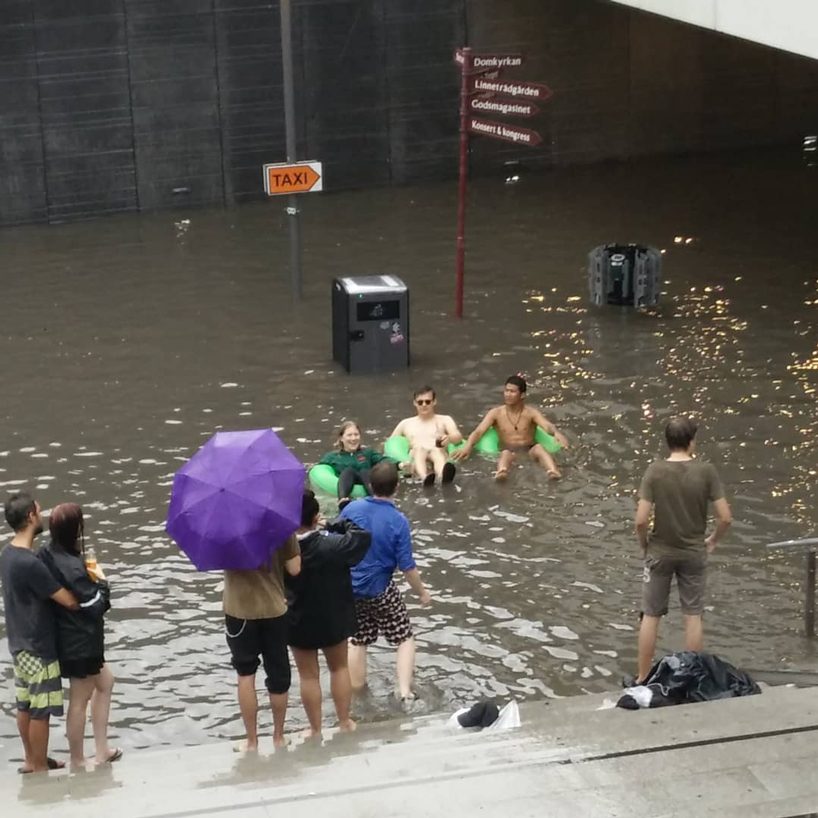 the impromptu event invited instagrammers and photographers alike looking for an original shot to add to their feed. several images show local residents armed with inflatables, scuba masks and water guns, using the typically summer motifs to transform the train station’s drab architecture into a summer oasis. one woman named sarah thorén brought flippers, a scuba mask, and an umbrella.

a delay caused by confusion over who was responsible for dealing with the water gave the locals ample opportunity to get involved. it was finally pumped out by uppsala municipality late on sunday night and the underpass is now back to normal.