german designer florian schmid has developed ‘stitching concrete’, a project which has been influenced by the contrasts of the material concrete canvas (CC). concrete cloth (CC) is a flexible cement impregnated fabric that hardens on hydration to form a thin, durable water proof and fire proof concrete layer. it combines the softness and warmth of fabric with the stability of cold, hard concrete.

to create each stool, schmid has built a special wooden rack that is used as a mould in which he forms the concrete canvas around it. the device gives hold to the material during the watering and drying process in which the exposed seams are sewn together with either blue, red or yellow string providing extra stability and reinforcements. once the stool is hardened, it can be removed from the mould, which always remains the same, but can be adjusted according to the different heights, lengths and widths of the objects. 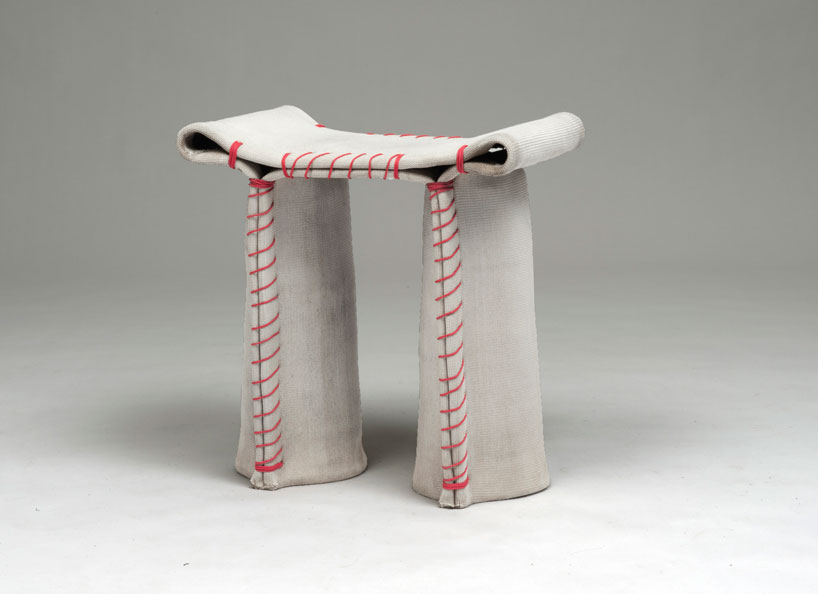 see designboom’s coverage on the research and evolution of concrete canvas here. 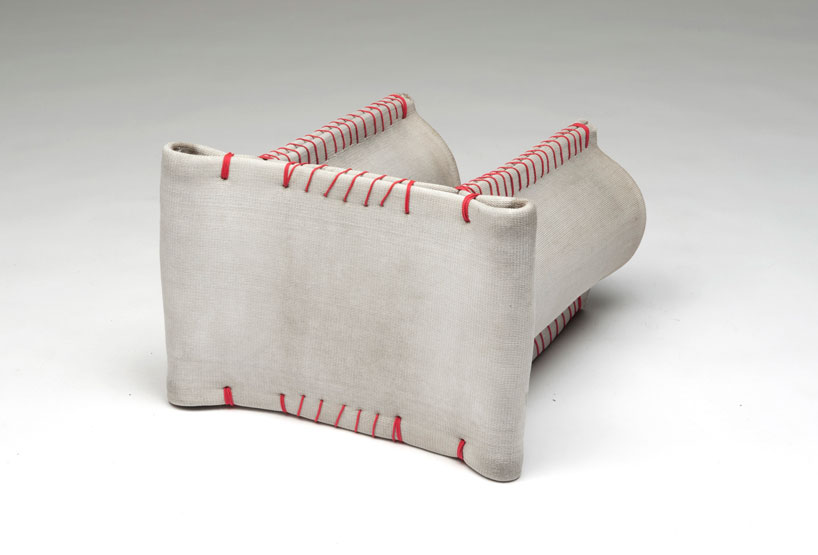 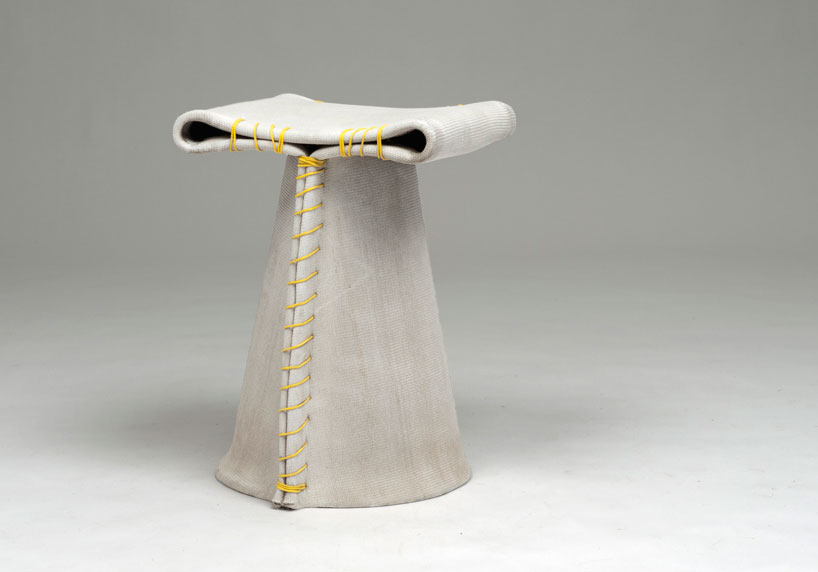 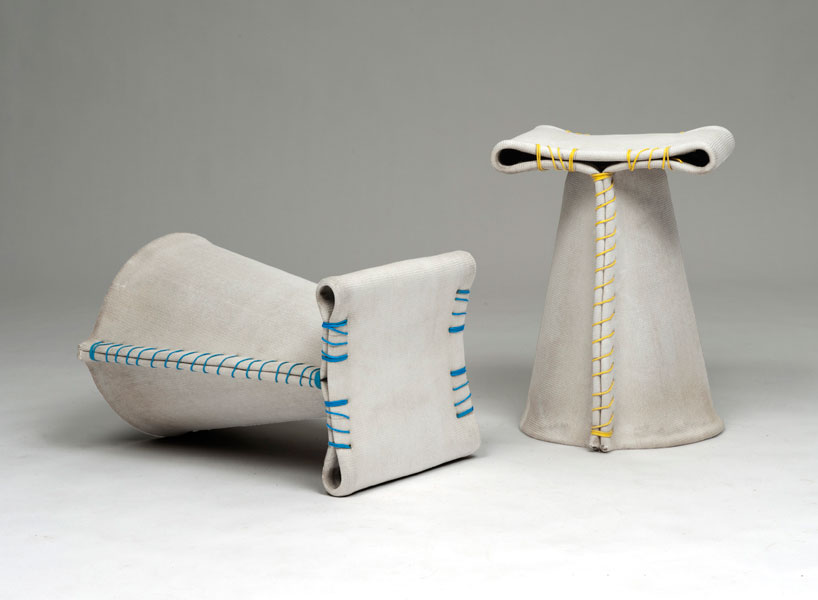 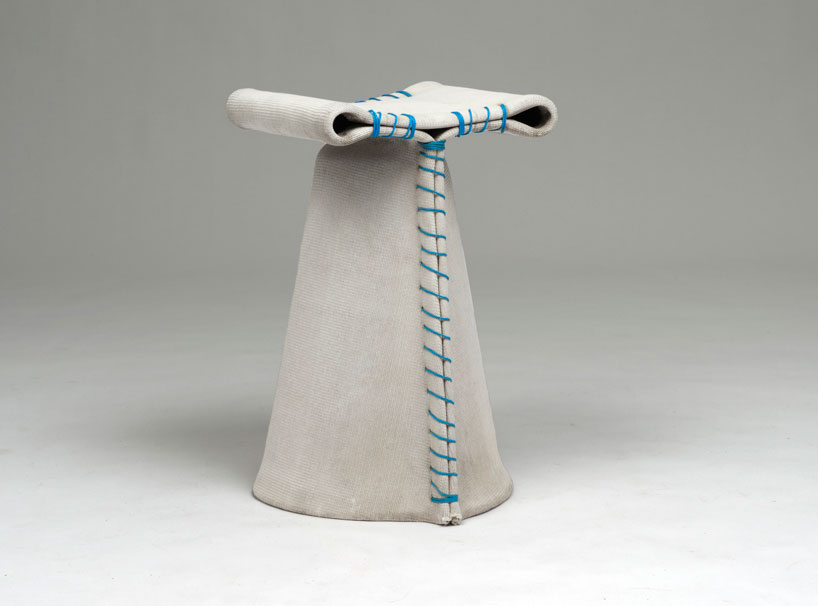 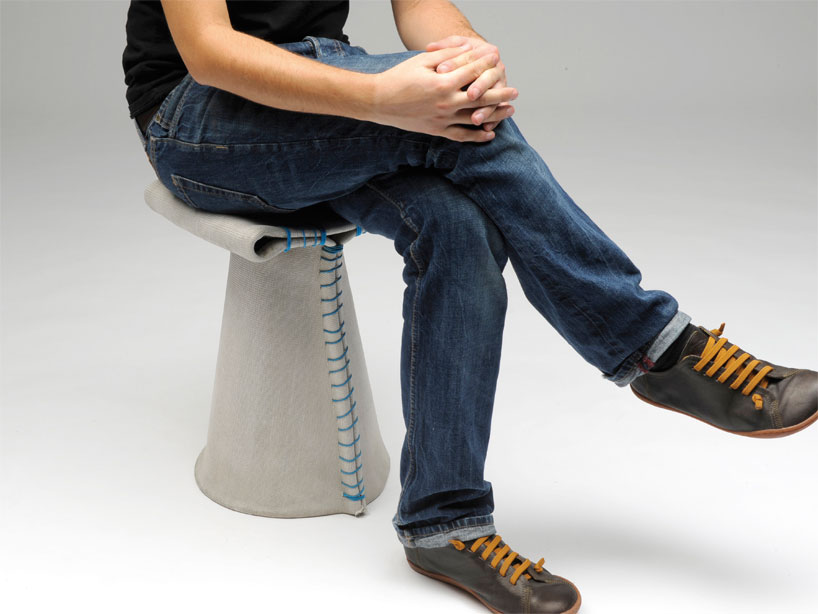 proof of the material’s strength and stability 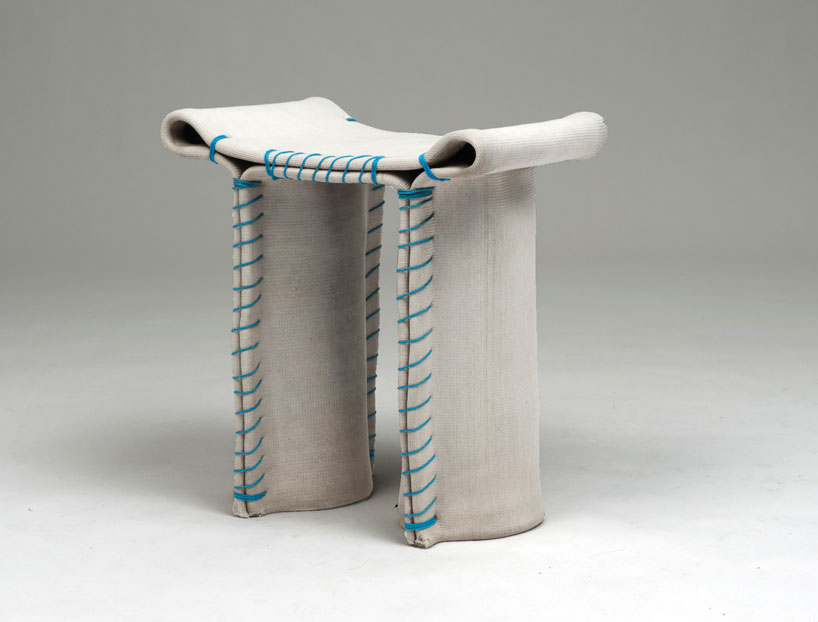 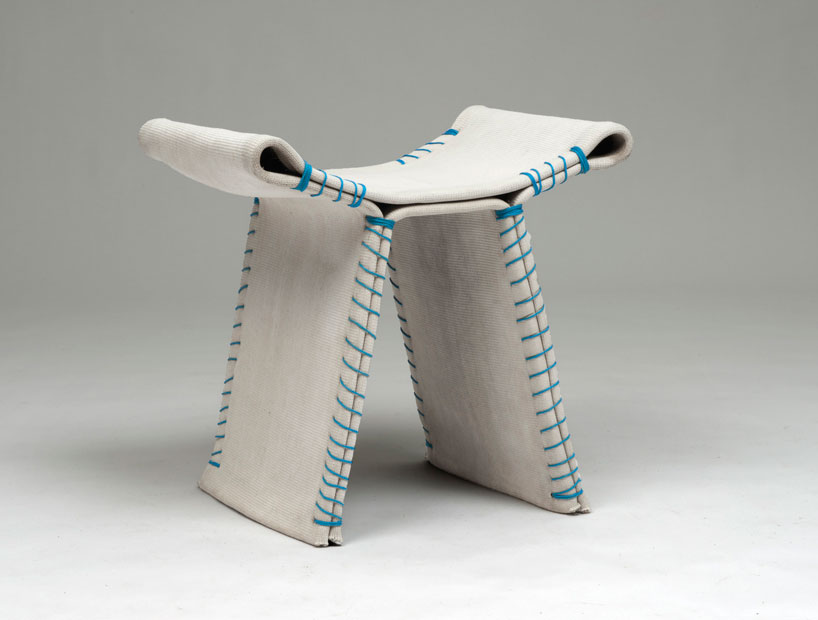 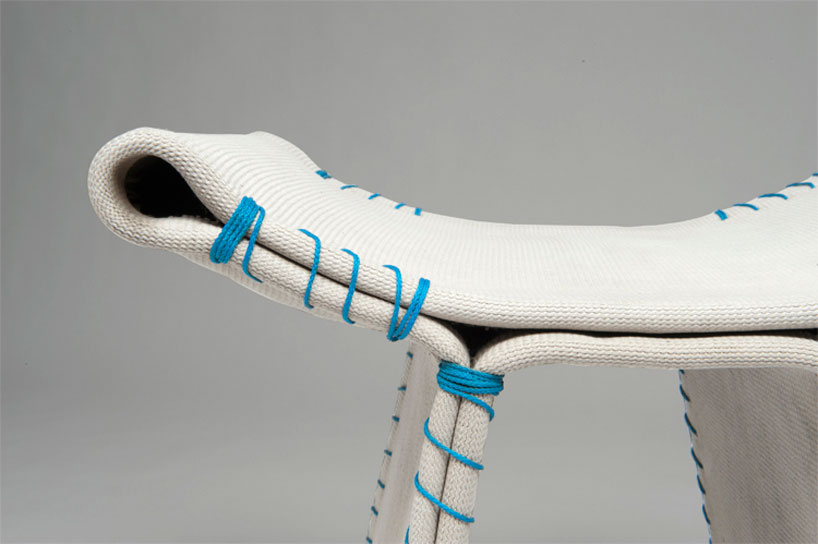 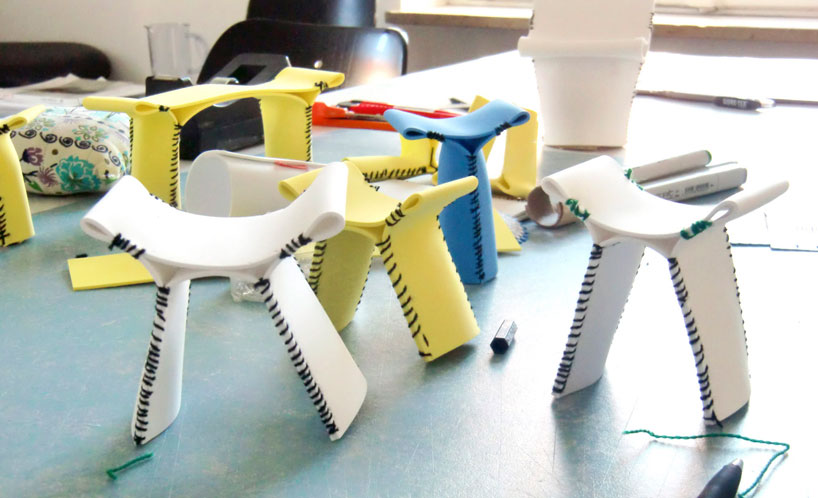 during initial tests of how to handle concrete canvas, schmid explored various patterns, types of stitching and origami folds. he developed mock-ups using thing rubber foam, which he found to simulate the abilities of the real material best. 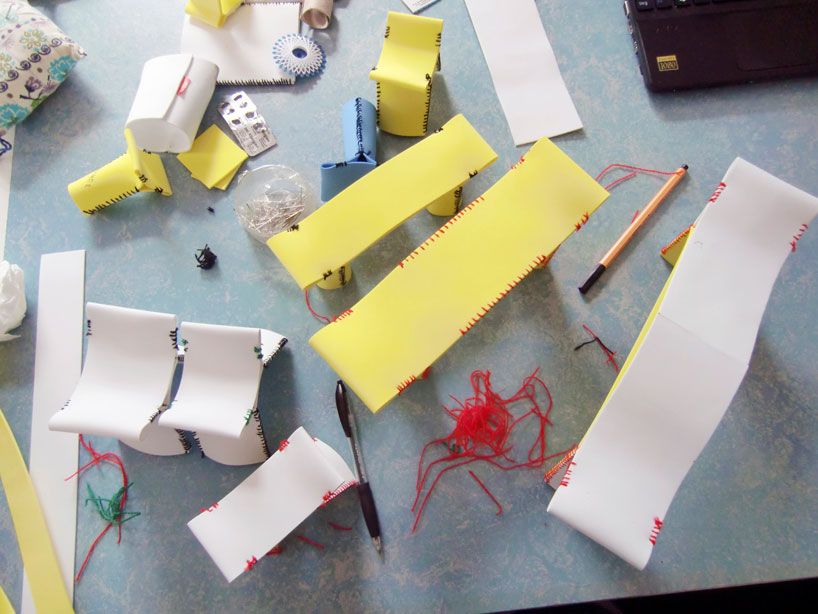 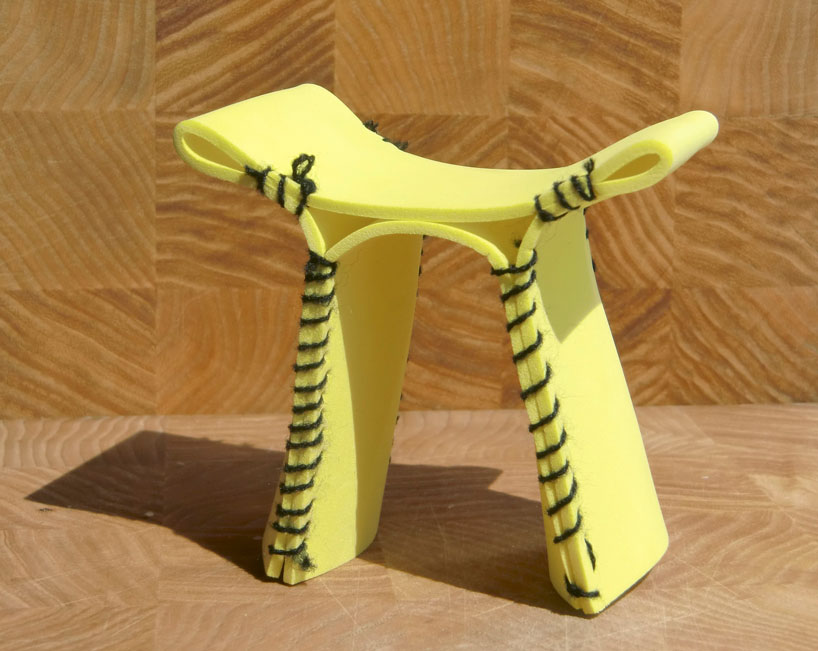 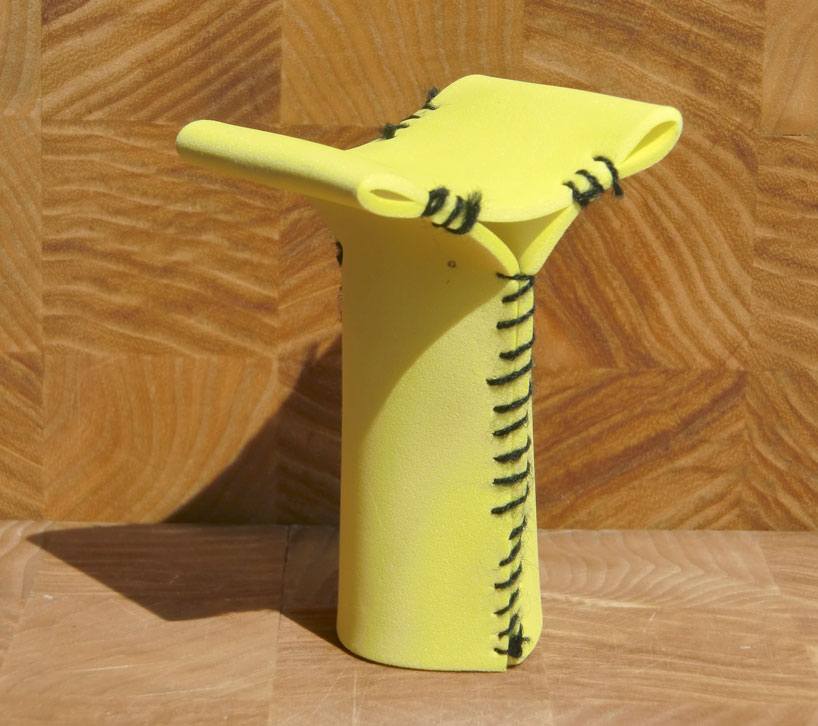 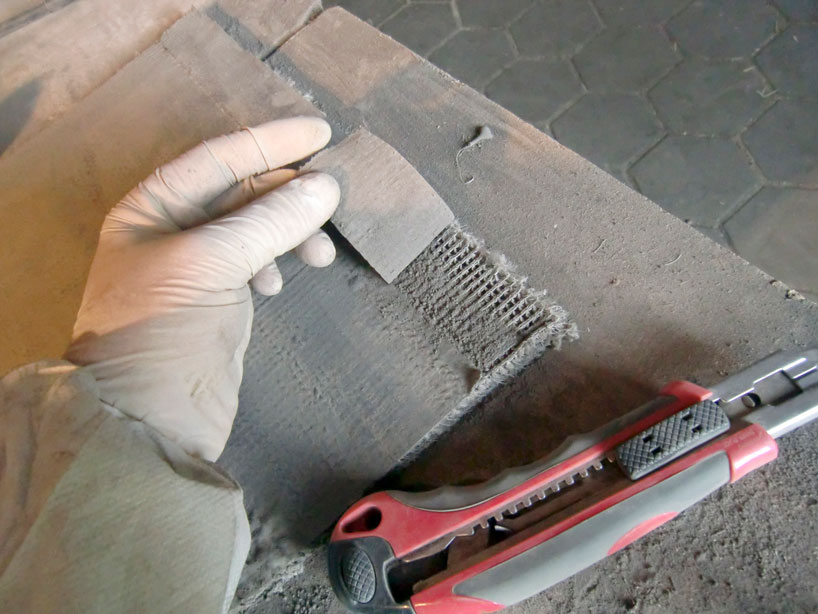 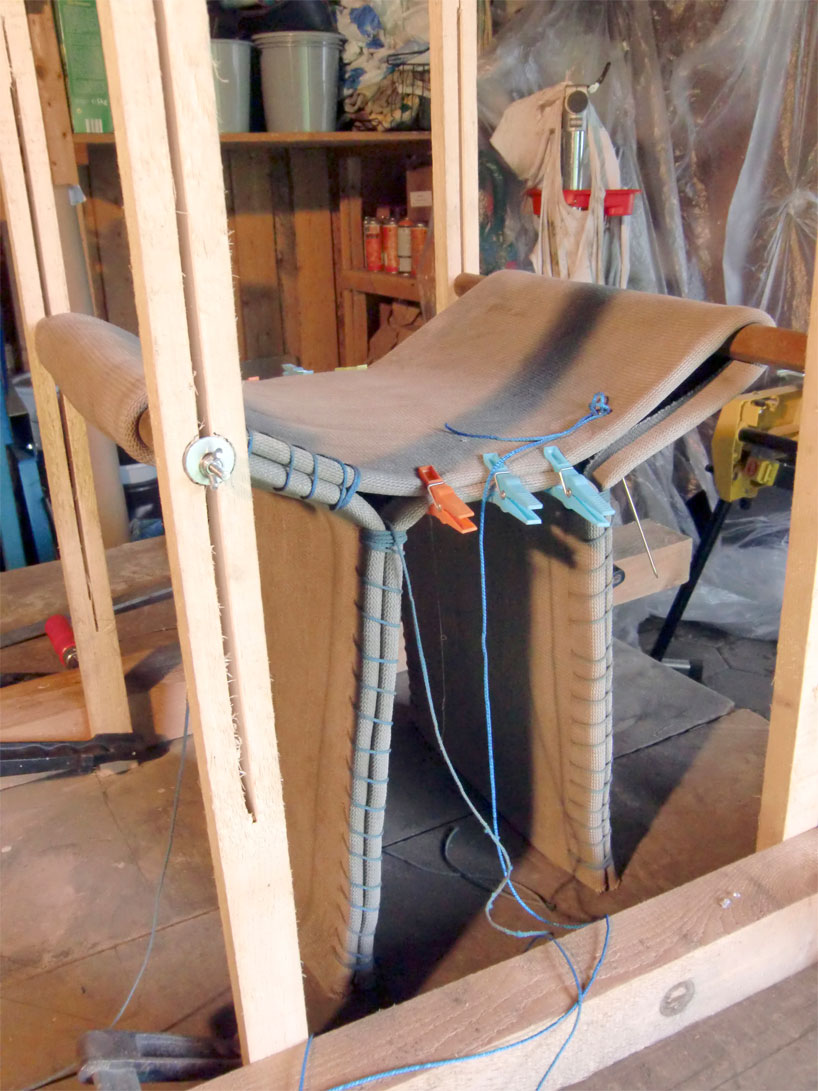 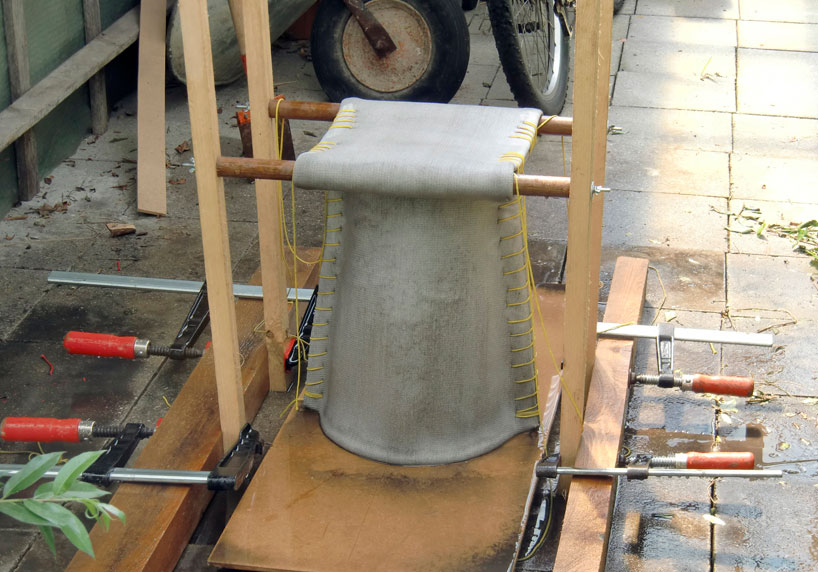