the ‘fendor-bendor‘ is a foldable rear mudguard, designed by netherlands-based cycling design studio wit industries (founded by dutch designer olaf wit). composed of polypropylene plastic and weighing just 35 grams, the piece snaps easily on and off of bicycle frames, folding up for transport when not in use.

designer olaf wit explains, ‘some people like their bikes as clean and simple as possible. any part that isn’t directly necessary for riding is left off. but then sometimes… it’s just too wet!‘ to use the device as a rear fender in the event of rain, bicyclists need only unfold the ‘fendor-bendor’, pre-fold along the dye-cut pattern running along its length, slide the device through the seat stays and clamp it on with a simple closure.

available since april as the first device of its kind, ‘fendor-bendor’ is produced in black and white. 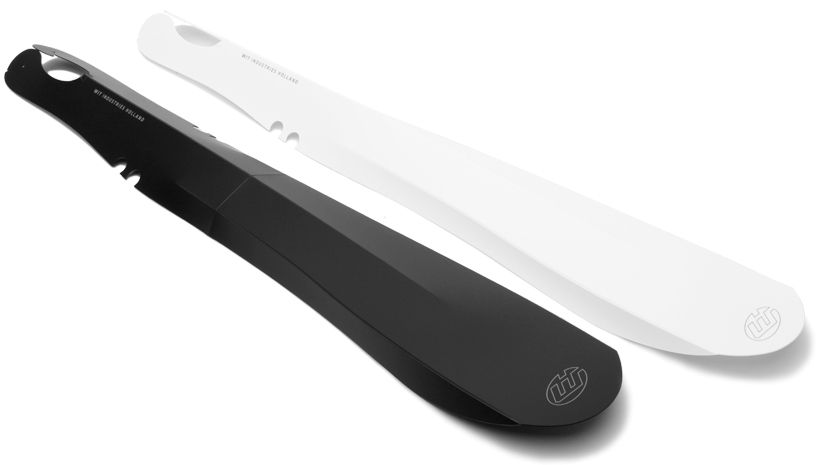 the device is produced in black and white 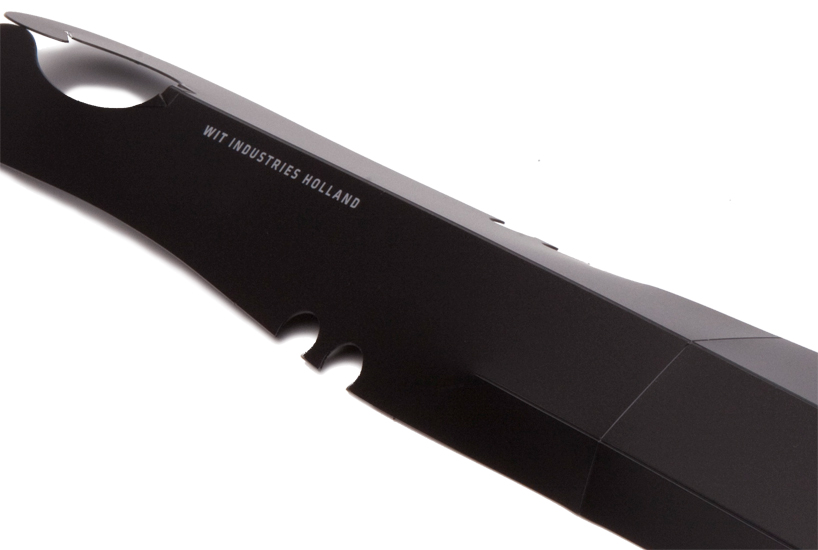 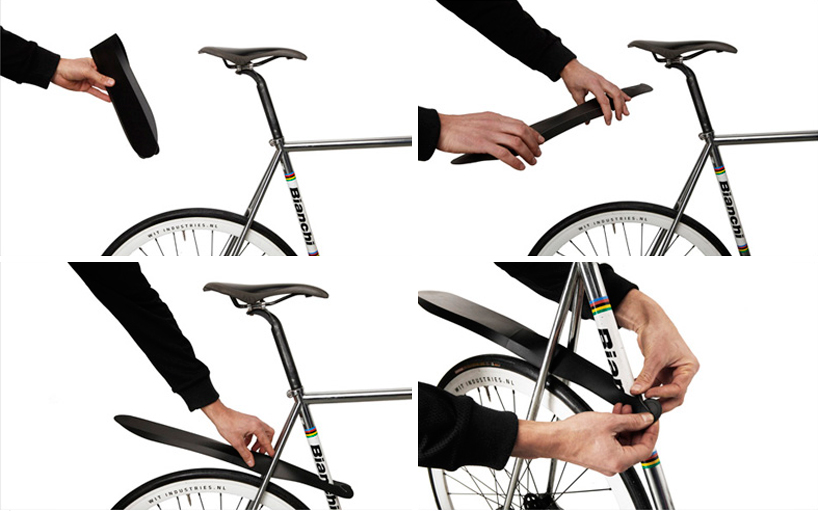 ‘fendor-bendor’ in use: unfold; prefold along folding lines along its length; slide the device through seat stays; fold around seat tube and clamp closed 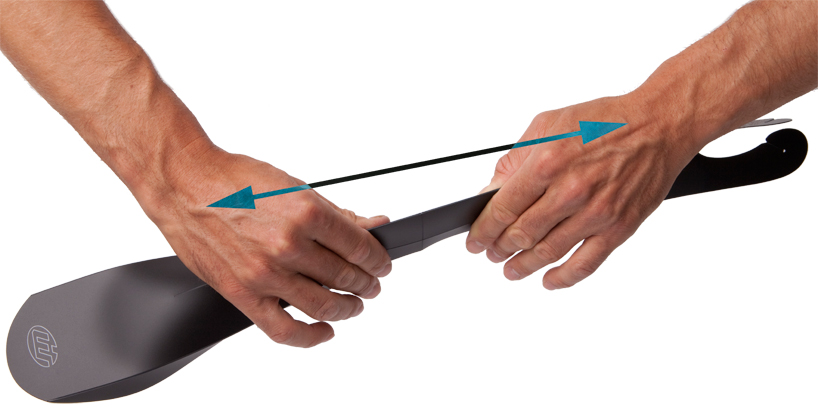 the origami-like device stiffens via folding along precut lines