‘foot patrol‘ is london’s sneaker store destination. versions of new and classic sports shoes are the store’s focus. they’ve just opened within a new home on berwick street in the UK’s capital. designed by wilson brothers and brinkworth, the concept of the store is as much a one-off as the products within, all of which have been selected by michael kopelman, the original foot patrol owner and current creative director.

the store’s understated façade is a simple prelude to what has been achieved architecturally within. a ‘second’ shop, complete with a pitched roof, has been constructed to float within the store shell, assembled from an urban palette of recycled scaffold board for the floors, walls and ceiling, teamed with satin black steel for the fixtures. 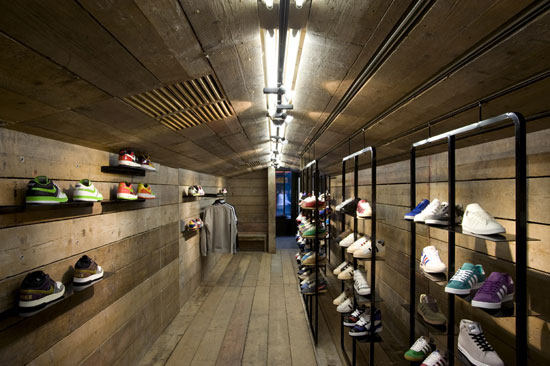 a fully-mirrored end wall accentuates the intimate scale of the ‘inner’ store, reflecting the linearity of the design as an optical illusion that appears to extend the store rearwards as an infinite space. concealment of lighting and services, behind the pitched roof cladding, allows for a sliding, ‘library-style’ product disply system which can be extended along the whole length of the store, or nested at either end, leaving space for special events or promotions. 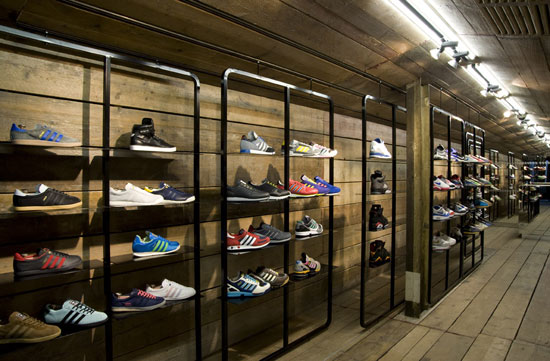 sating black steel is used for the fixtures 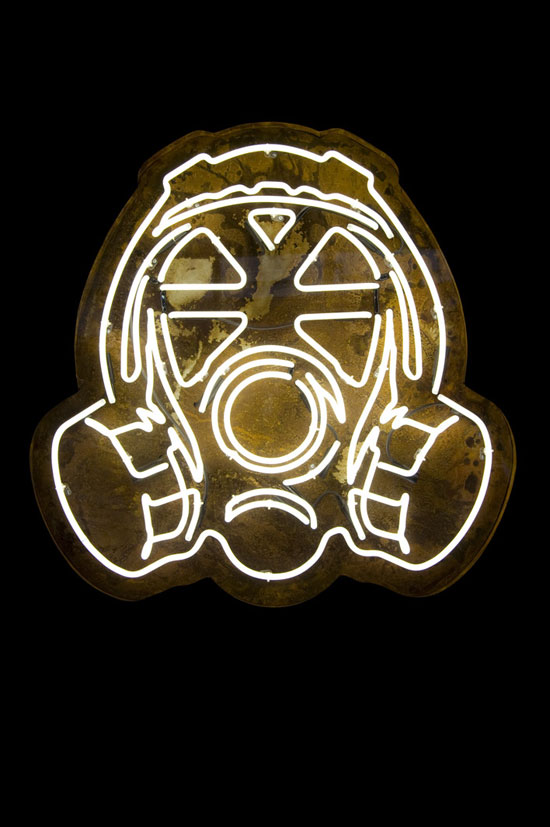 the original foot patrol gas mask logo, housed within an aged metal frame and rendered in white neon, meets customers as they enter the store through the transition space, the antechamber where the outer and inner stores meet. 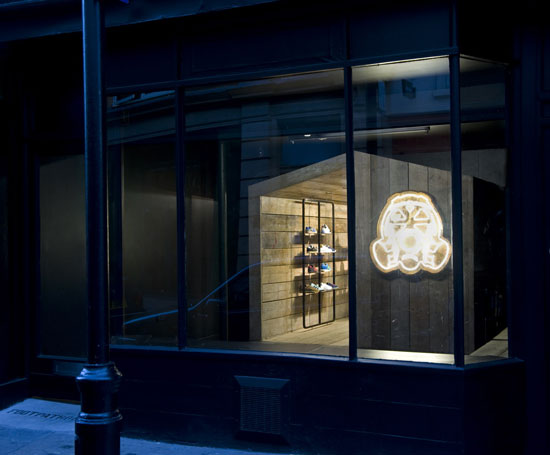 the understated façade of the new concept store 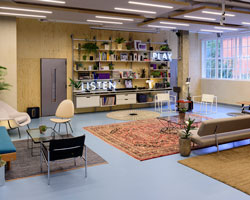 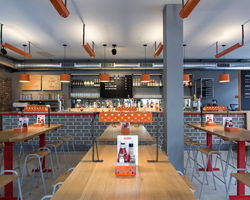 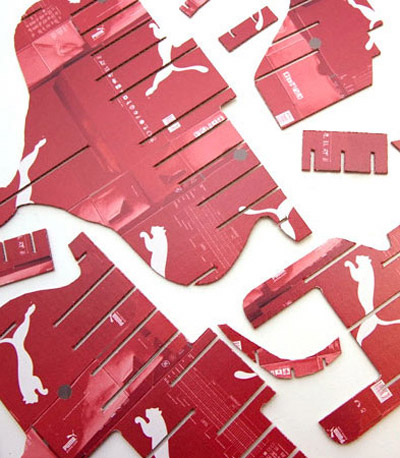