sweden-based studio form us with love, interprets the flooring company bolon‘s newest artisan collection through the means of a gigantic flooring installation. their design is meant to communicate the values of the new series that is based on traditional handicraft, but executed with modern technology that has the ability to turn any pattern or image into a visually striking floor. form us with love captured the moving image of a ballerina depicted with a gymnastic’s ribbon swirling around her. this photo was translated into a immense floor covering composed of 300 separate pieces with an overall area measuring 16 x 23m in total. the entire process of laying out the pieces took six professional floorers two days to complete. installed within an abandoned industrial shed, the image was then captured by photographer jonas lindström for bolon’s 2011 campaign. 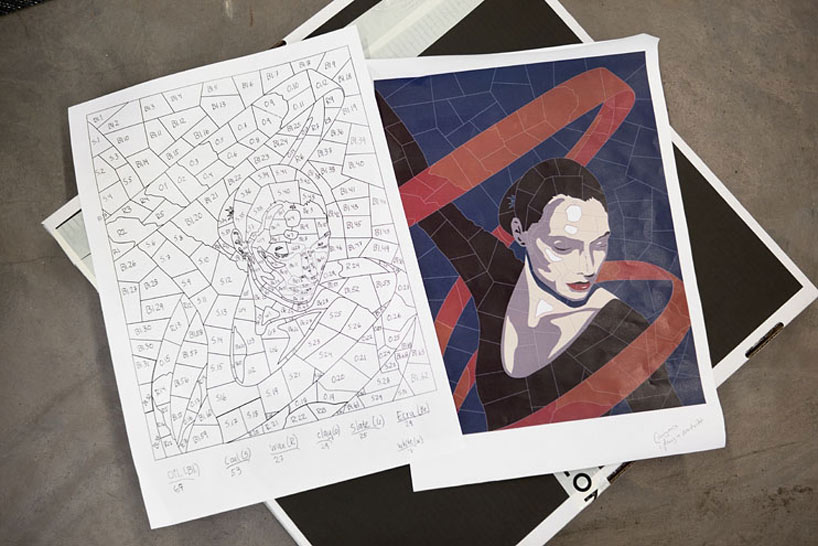 sketch of the numbered mosaic of pieces 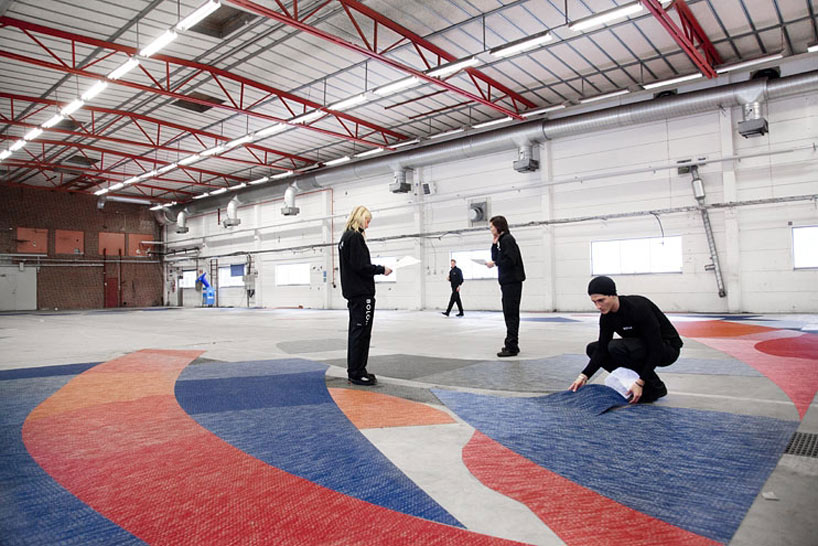 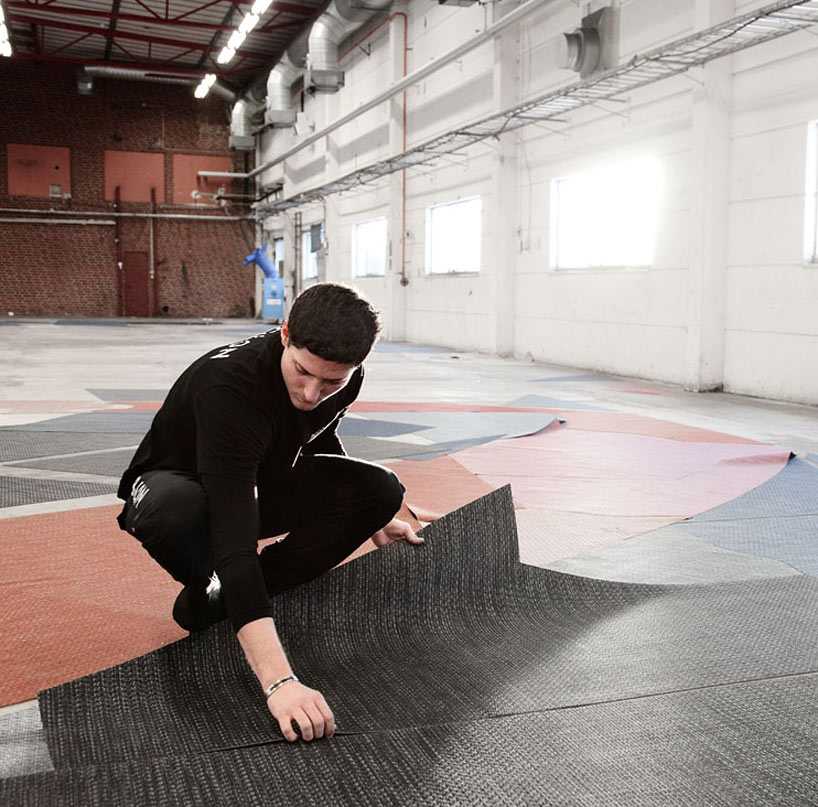 laying down the pieces 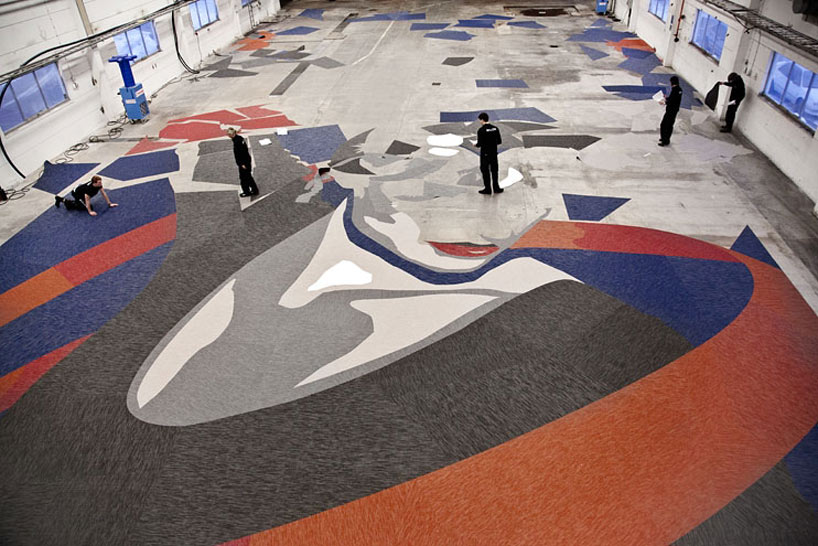 aerial view of the work in progress 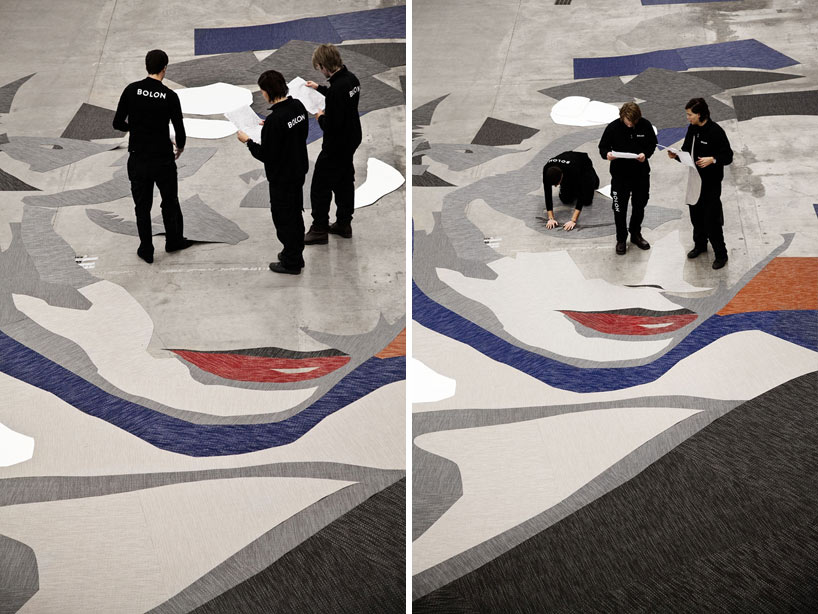 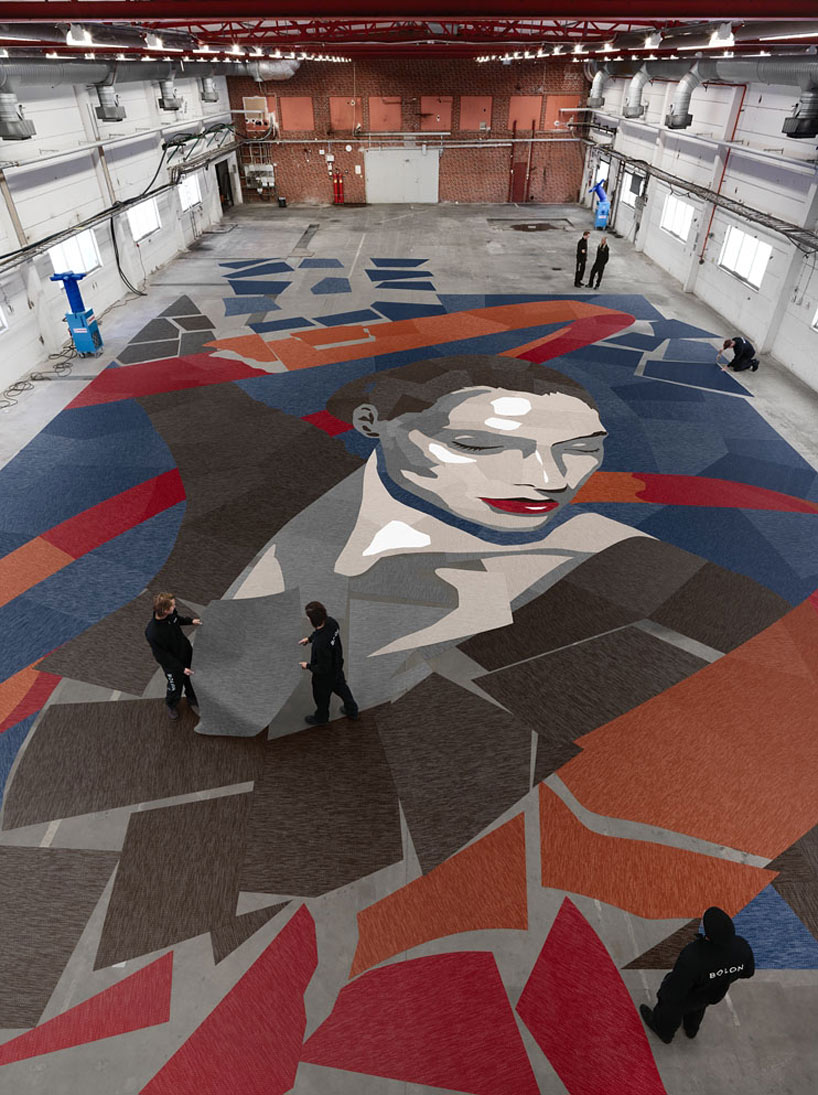 full view of the pieces layed out 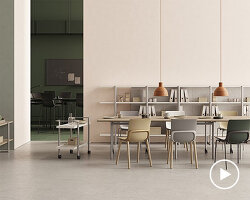 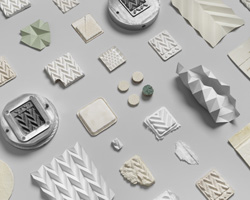 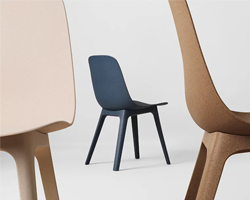