from 1968 to 1988, piero fornasetti created and produced the calendar plate as an annual tradition to bring in the new year. in 1989, his son barnaba fornasetti continued in his father’s footsteps establishing a limited edition of 700 plates.the 2013 edition stands as a celebration of the birth of the italian atelier’s founder piero fornasetti, depicting a portrait of the great artist himself.

before the calendar plates’ existence, other objects were created in cooperation with italian architect gio ponti; hand-printed booklets in limited editions given exclusively to their friends. on the contemporary auction market the ‘annuari’ are something of an unobtainable rareness, with their estimated values high and varying. the early editions of the calendar plates are also selling at lofty prices.

designboom brings you an overview of the last five calendar plates: 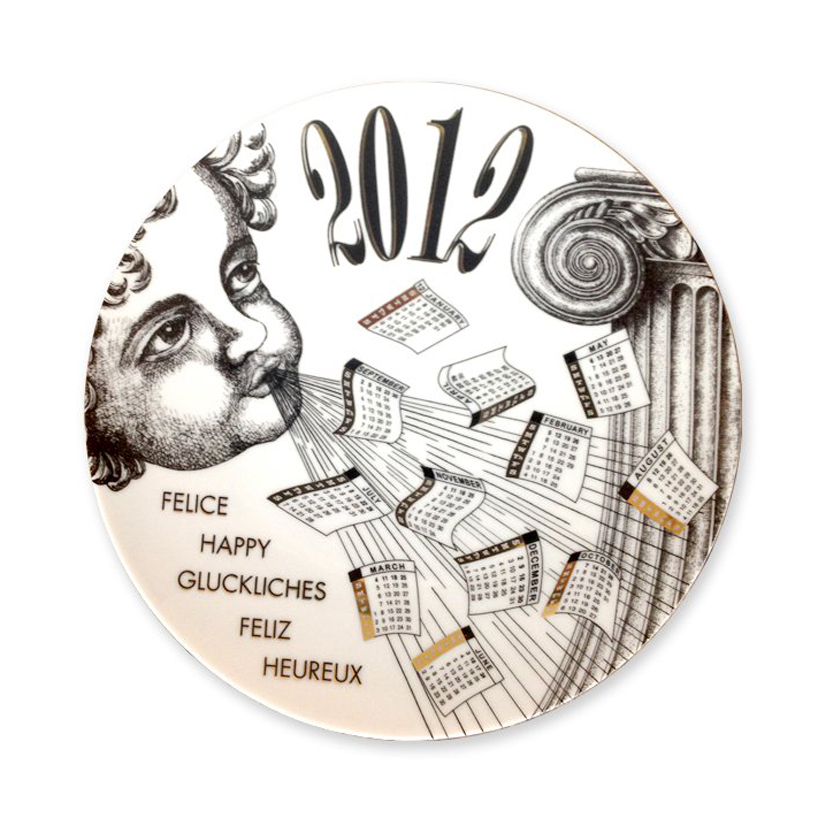 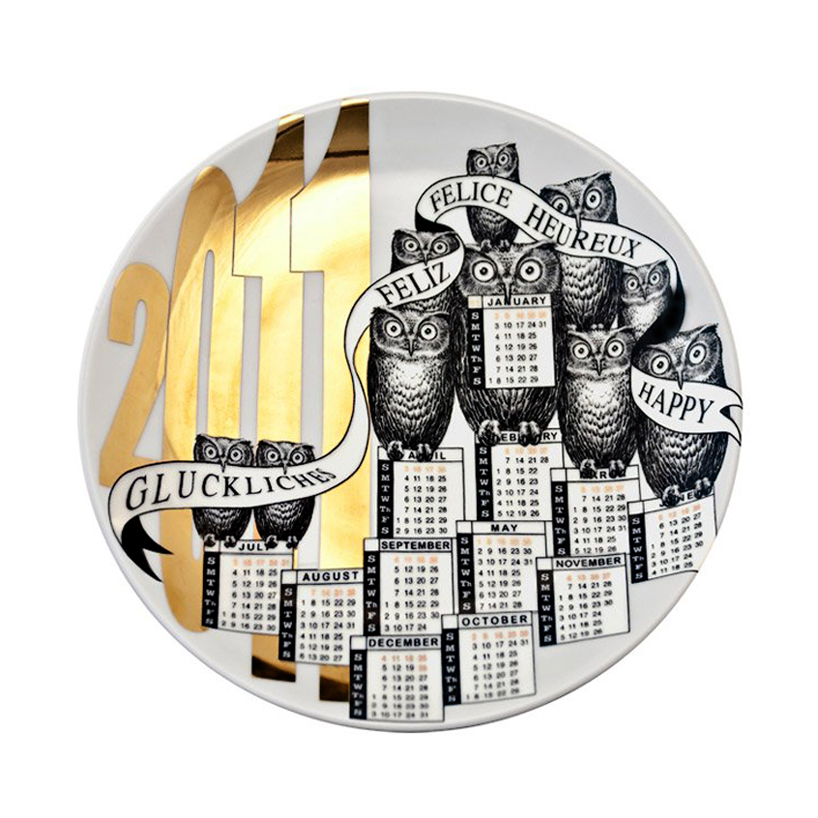 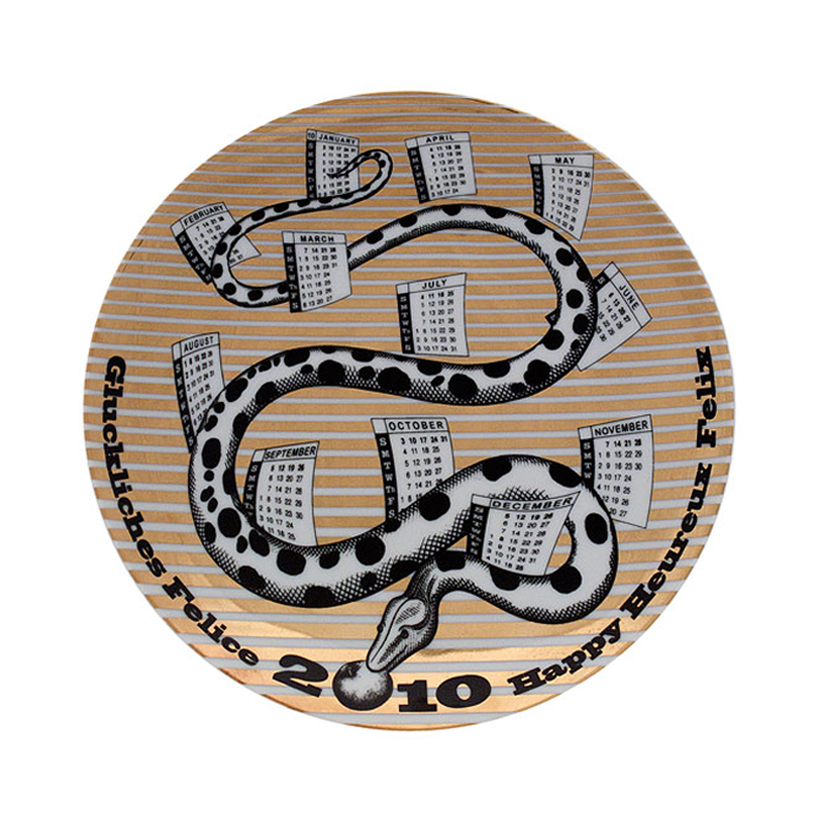 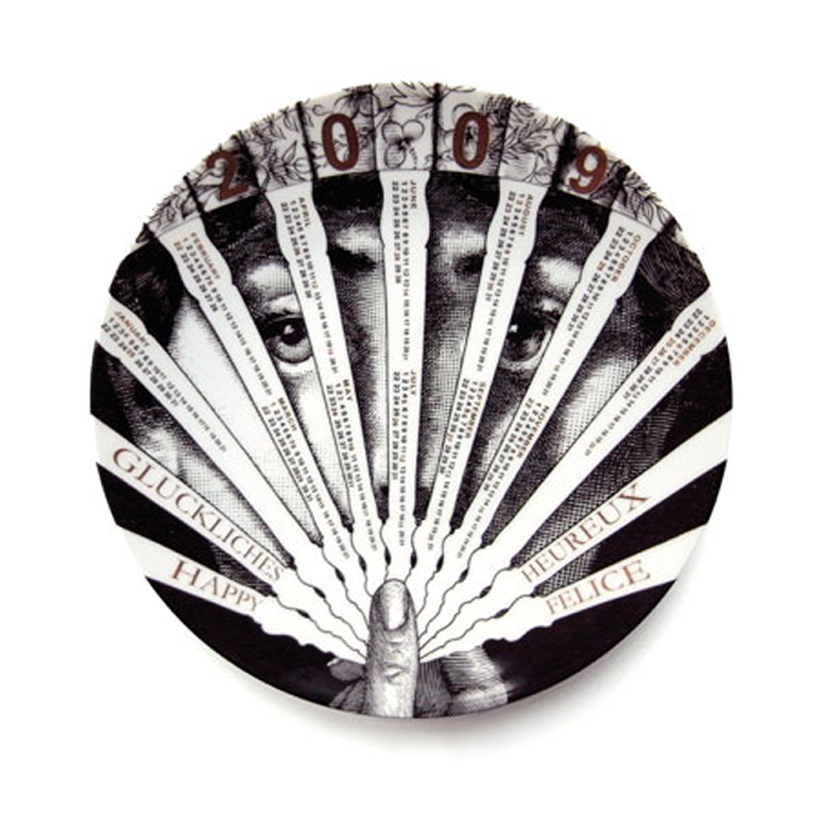