continuing the tradition of the calendar plate (piatto calendario) that his father piero fornasetti began in 1968, barnaba presents the 49th edition of the series with a motif dedicated to books. the 2016 calendar plate pays homage to piero’s passion for collecting volumes, by exhibiting one of his favourite motifs, pulled from his extensive collection of images. the selection of this scholarly subject is no coincidence — it is meant to stand as a good omen for a new fornasetti venture that is related to publishing. along the spines of the books one can read two poems which refer to this notion of novelty and birth, both composed expressly for this precious collector’s piece produced in a limited edition of 700 pieces. 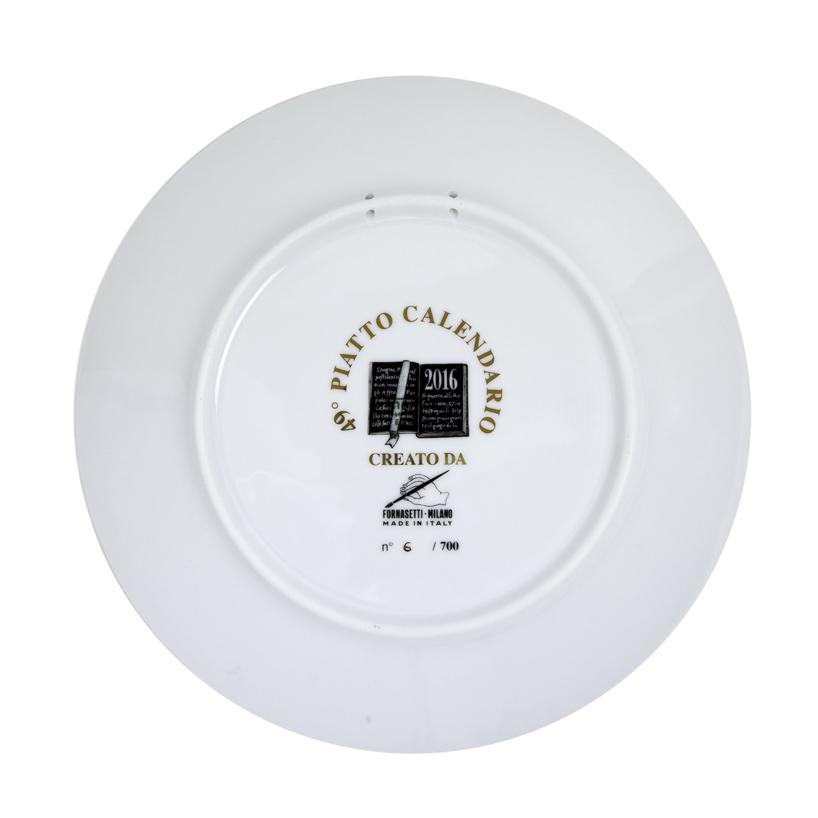 on the occasion of the 49th calendar plate, barnaba has curated ‘calendarium’. the show is dedicated to the entire calendar plate collection and offers insight into the origins of the series which began in the 1940s when gio ponti commissioned his father piero to hand-print booklets — ‘annuari’ — in limited edition, to be given exclusively to their friends during the christmas period. from 1968 until he passed in 1988, piero replaced the booklets with porcelain plates; each one displaying the days and months of the upcoming calendar year, embellished by signature fornasetti motifs: cats, moons, playing cards, owls, suns, zodiac signs etc. within fornasetti’s milan store, until december 31st, 2015, barnaba exhibits and shares the life and work of fornasetti, with a special display of past calendar plates; accompanied by a curated selection of vintage pieces from the fornasetti archive. 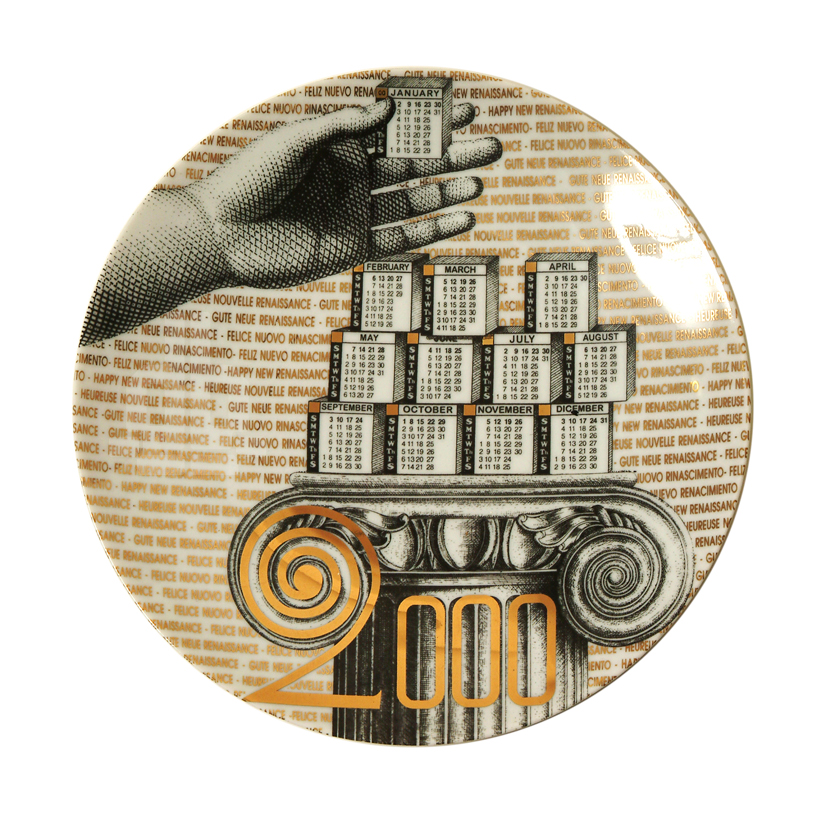 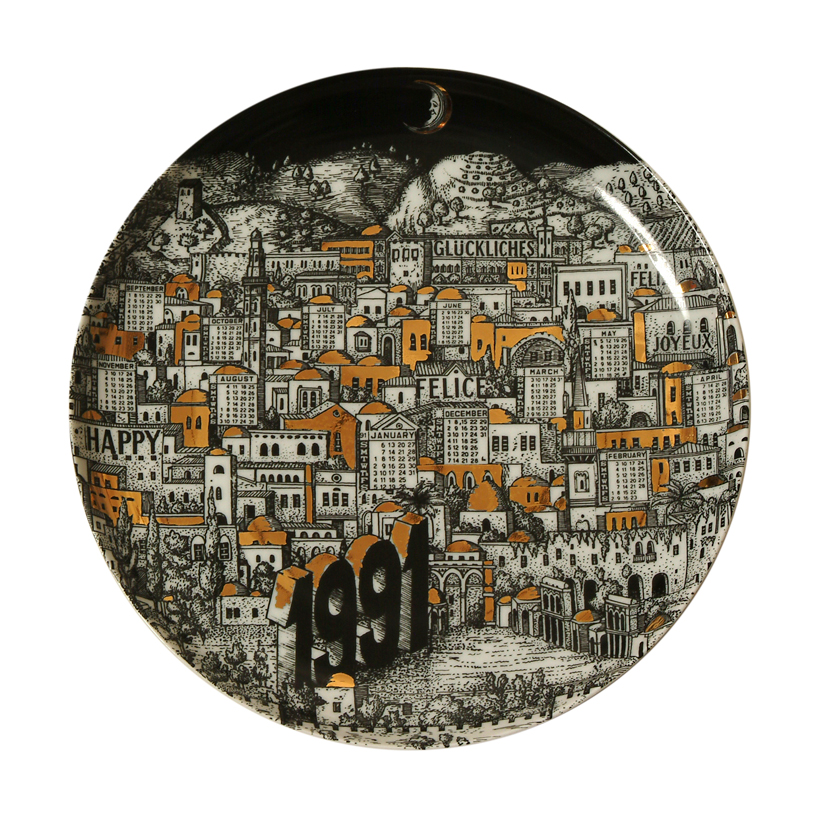 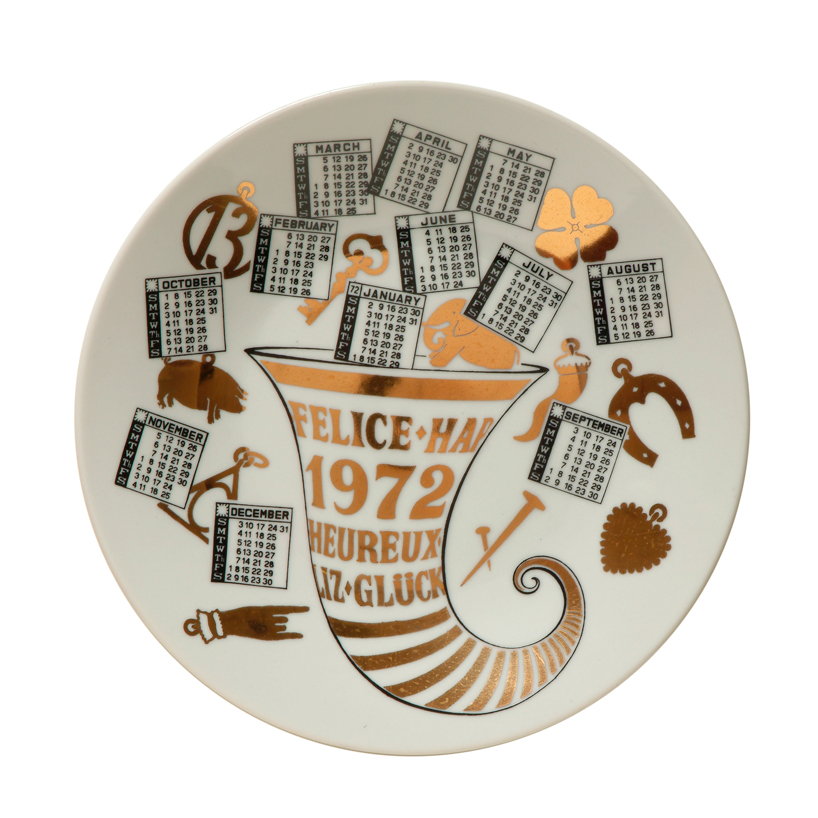 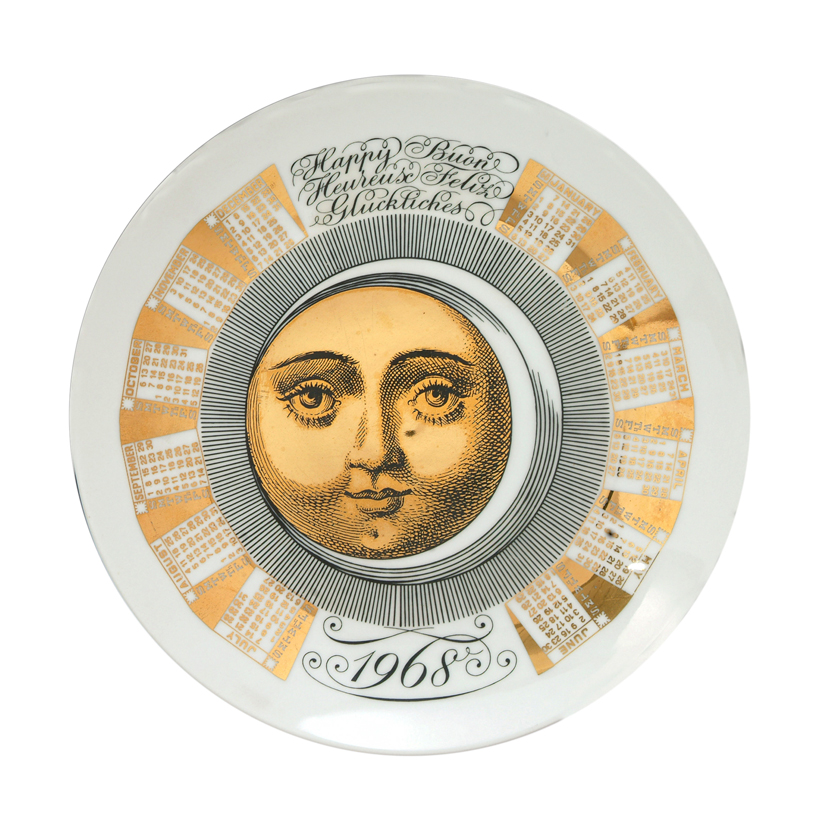 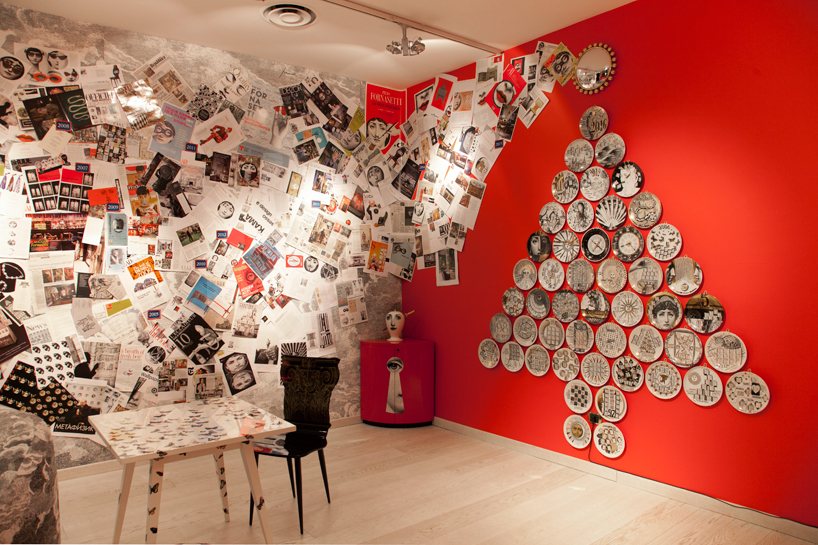 installation view of ‘calendarium’ at the fornasetti store in milan 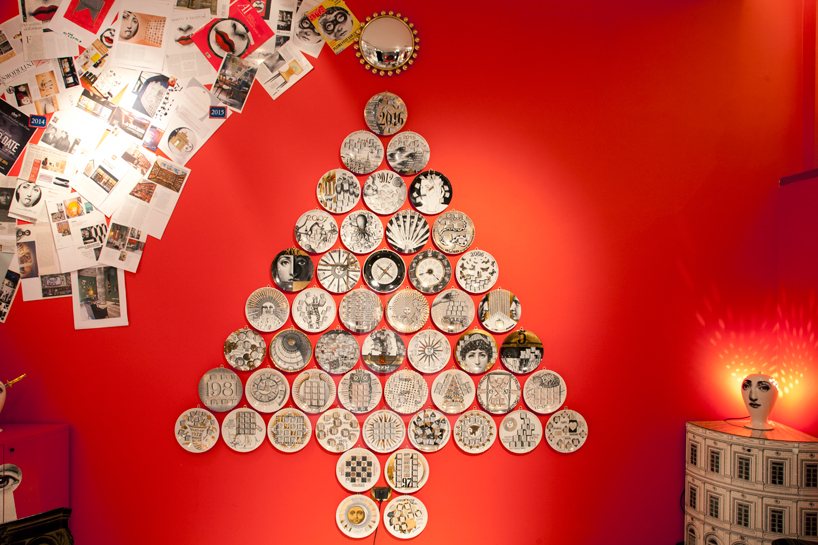 ‘calendarium’ presents a special display of past calendar plates 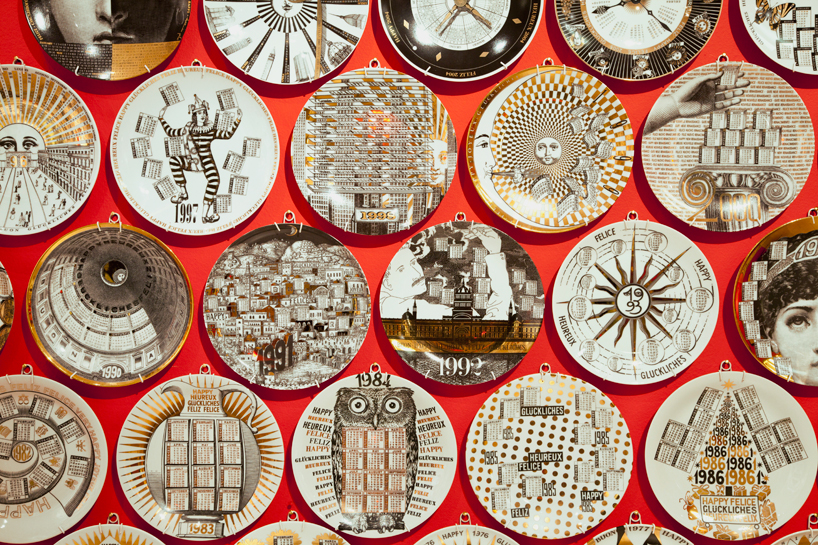 detail of past fornasetti calendar plates 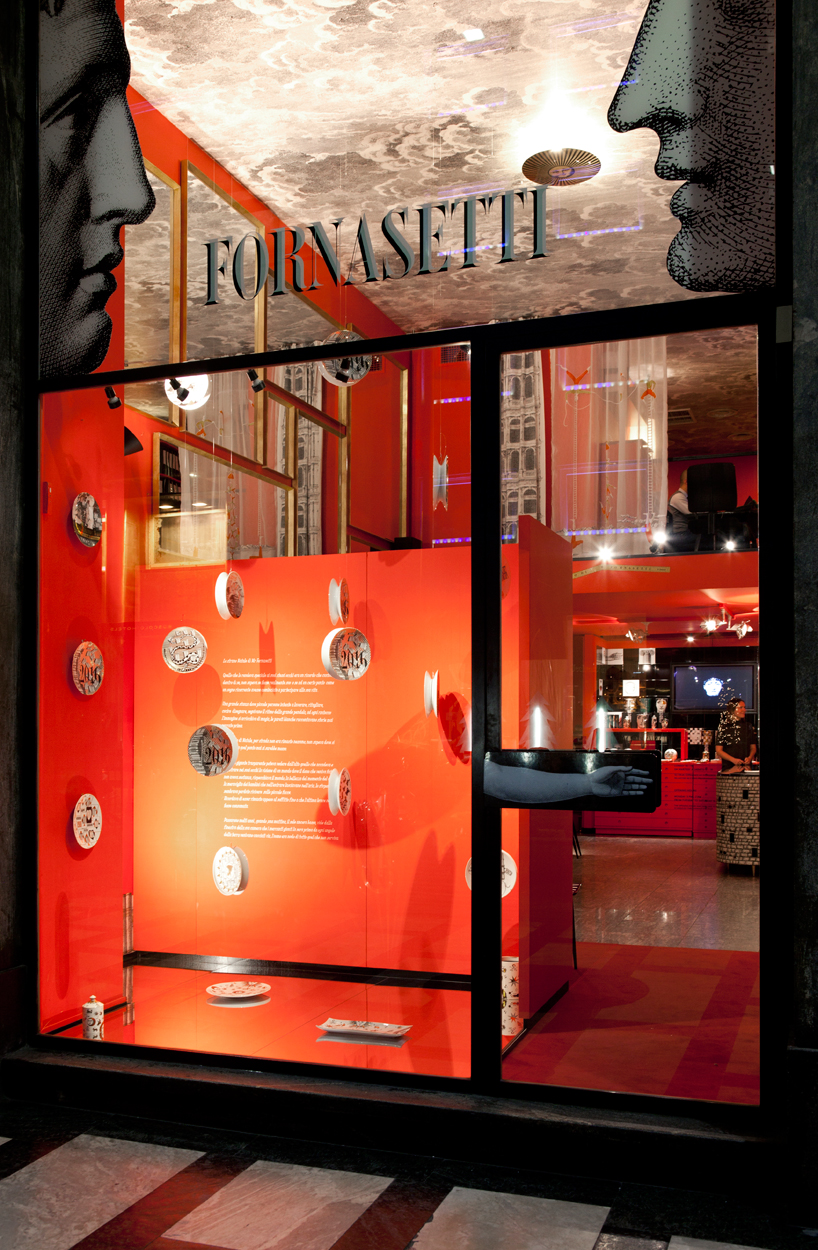