italian atelier fornasetti presents their low buffet, available in three sizes, in new decors which draw on the repertoire of the classic fornasettian themes on the occasion of milan design week 2012. 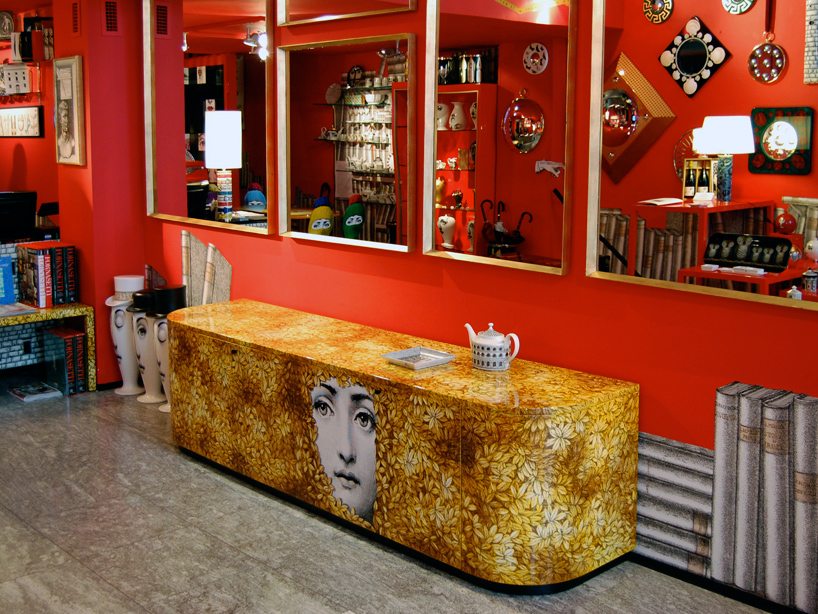 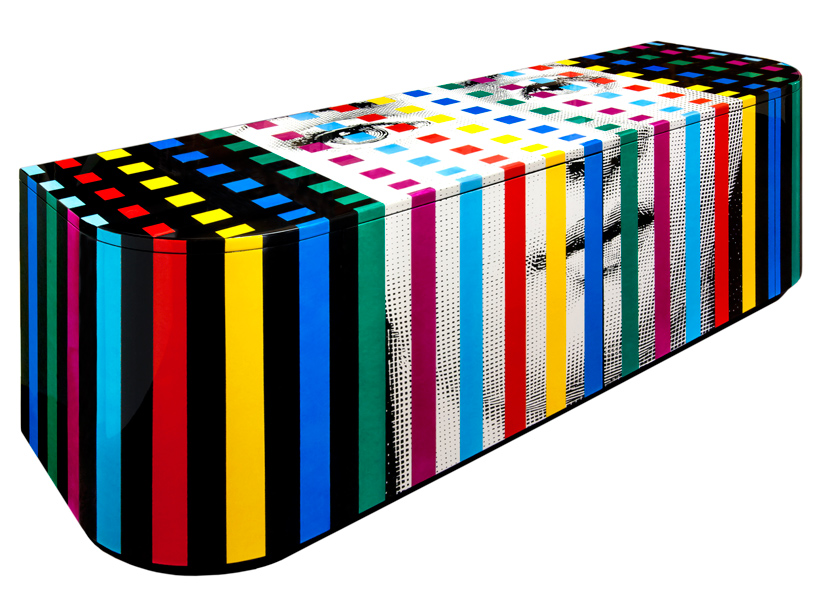 ‘face and stripes’ is a presentation of vivid colors, which takes the iconic woman’s face from the fornasetti series, projecting it in a new variation which features graphic strips of color running through her visage. 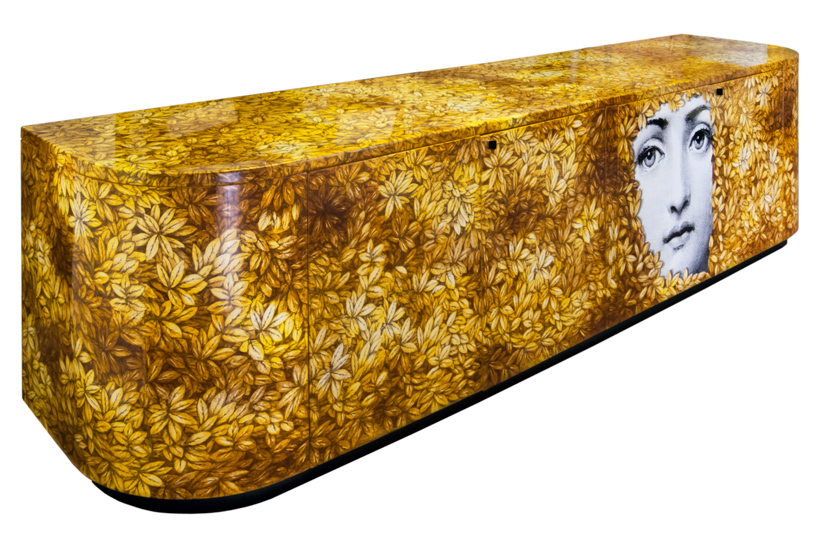 ‘fogliolina’, which means ‘small leaf’ in italian, decorates the largest version of the buffet. barnaba fornasetti, the son of the late piero fornasetti drew his influences for the design from the chest of ‘leopardo’ (leopard) drawers created in the ’50s by his father, replacing the animal with the legendary face of italian opera singer lina cavalier.

the buffet’s are available in: 180 x 45 x 75 cm, 180 x 55 x 65 cm and 240 x 55 x 65 cm measurements. the smallest size features two doors, whereas the largest one is made up of four doors along with drawers found within the interior of the cabinet. both are made of printed wood that has been lacquered and painted by hand.

the buffet is also available in other graphics, including: 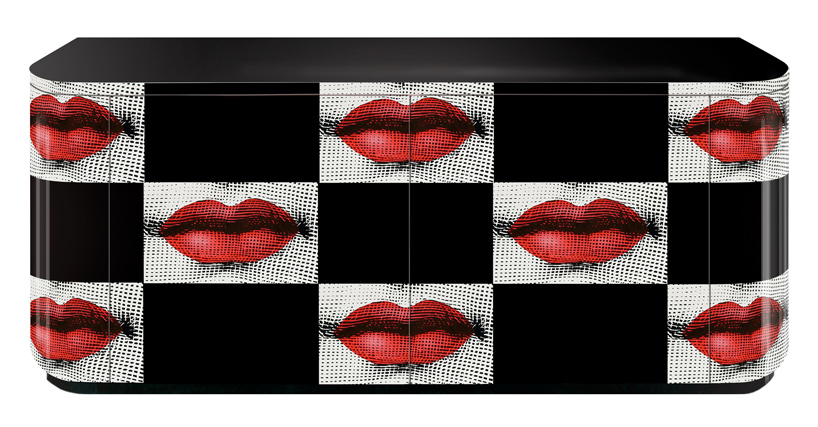 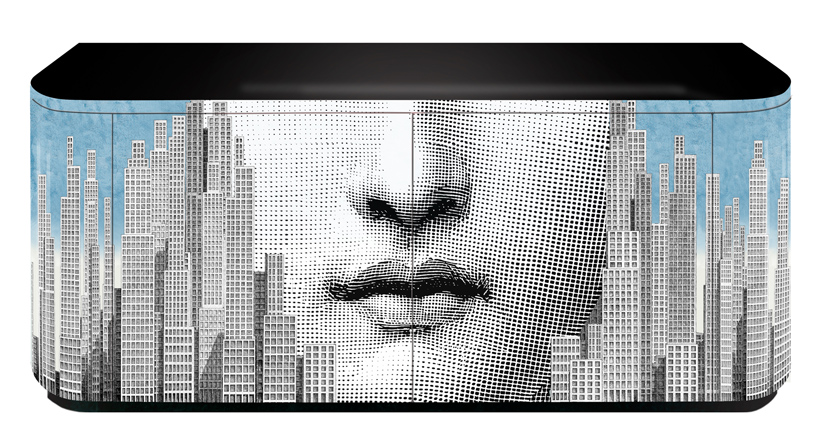 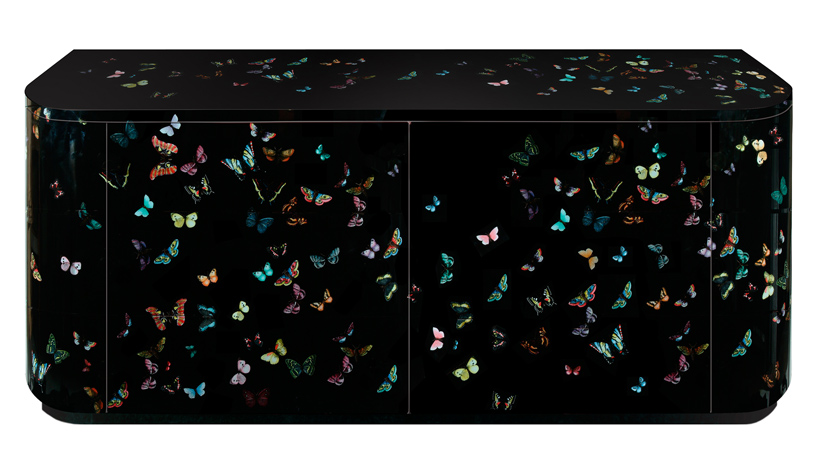