during milan design week 2011, a vinyl sticker ‘nucleare vade retro’ was given to designboom and international guests at the annual fornasetti party, held in the archive of piero fornasetti and (his son) barnaba’s private home and garden.

piero fornasetti created 350 different plate designs based on the enigmatic face of a woman; the opera singer lina cavalieri.  he spent many years of his life thinking of different ways he could remake her image.  today, barnaba fornasetti continues this ambitious tradition and includes the iconic face also in contemporary social activism. we LOVE the latest variation that fights against nuclear power because it is an unacceptable risk to the environment and to humanity.

‘so I dressed with remaining ceramics, furniture and objects; so I placed a message in each, a small story, at times ironic and obviously wordless, but audible to those who believe in poetry.‘ piero fornasetti

BTW vade retro satana (step back, satan) is a medieval catholic formula for exorcism, recorded in a 1415 manuscript and in tradition, the vade retro formula is used to repel any possible evil thing or happening. 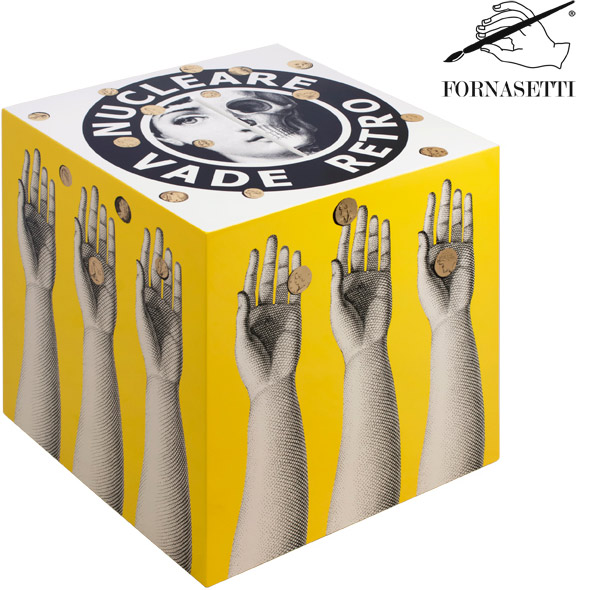 barnaba fornasetti used the ‘vade retro’ graphics also for a cube charity box, as part of the EMERGENCY PROJECT FOR JAPAN, which was exhibited during the salone del mobile in milan – in corso como 9. the design exhibition supports the victims of the earthquake and tsunami that hit japan on 11 march. fornasetti, among 58 designers, has decided to participate with his own charity box, where visitors could placed their donations. 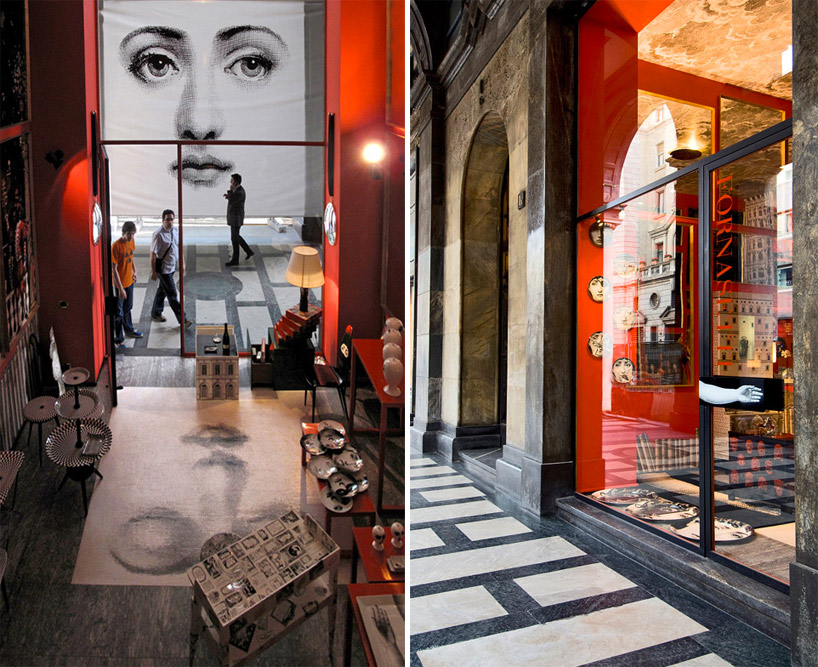