promotional plates for fleming & joffe have a white background and illustrate a range of fantastical recipes and their main ingredient such as ostrich eggs and green peppers omelette, elephant ear soup, and snake a la cleopatraimage © designboom

fornasetti has a vast archive of objects which have been designed by piero fornasetti (1913-1988). with more than 11,000 products attributed to the workshop it is impossible that all of them can be in production, considering the extensive amounts of labour that are required to manufacture the artist’s designs. celebrating its 100th anniversary this year, piero’s son barnaba presents some iconic pieces of furniture of the world of fornasetti, keeping the legacy of his father’s creative practice alive with a contemporary vision–see designboom’s feature on the 100th anniversary of the birth of piero fornasetti.

with such a vast archive of objects designed by piero fornasetti himself, it is impossible that these 11,000+ works can all be considered for production when one observes the labour which is required to manufacture his designs. in keeping the circulation of his father’s work fresh, barnaba selects pieces from his father’s expansive repertoire each year and releases them as small number re-editions. those which are chosen are typically designs which have not been in manufacture for many years, each made in the original manner. 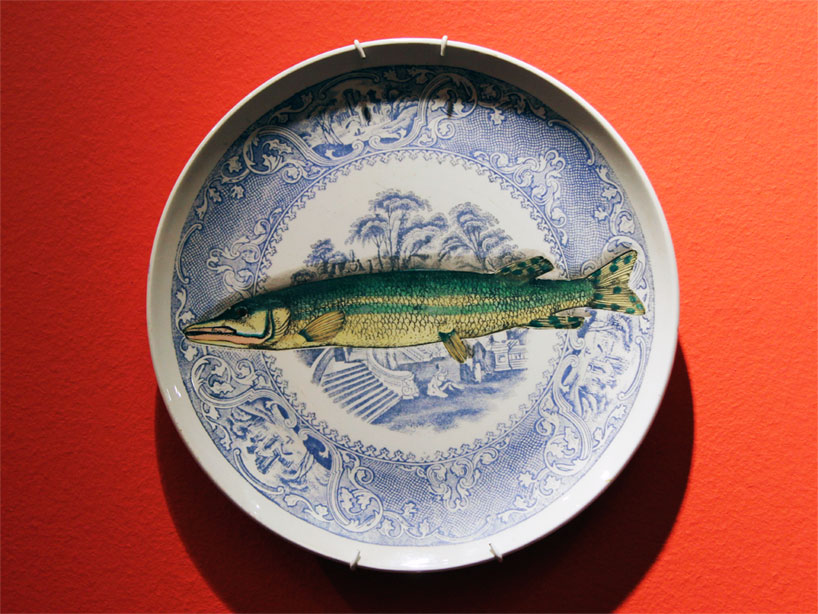 fornasetti – out of 1,000 plates which is the piatto forte?

this year, fornasetti invites you to view ‘il piatto forte’ and participate in determining what it will re-edition. the extensive exhibition of plates designed by fornasetti during the 1950s and 1960s are presented as originally produced, as well as concepts on paper, a few of which are still sold as re-edits today, but most of which are no longer being made. by the early 1960s, when piero fornasetti had opened up his first milan showroom in via montenapoleaone, he had already conceived thousands of plates which expressed his signature style of delicate, surreal, often melancholic illustrations, many depicted in black and white, which he continued for the decades leading up to his death in 1988.

visitors are asked to pick their favorite of the plates on show, and why they have chosen it. at the end of the exhibition (on now until september 14th), the most voted will be put into production again by fornasetti. bring out your home’s fun side with these beautiful plates! 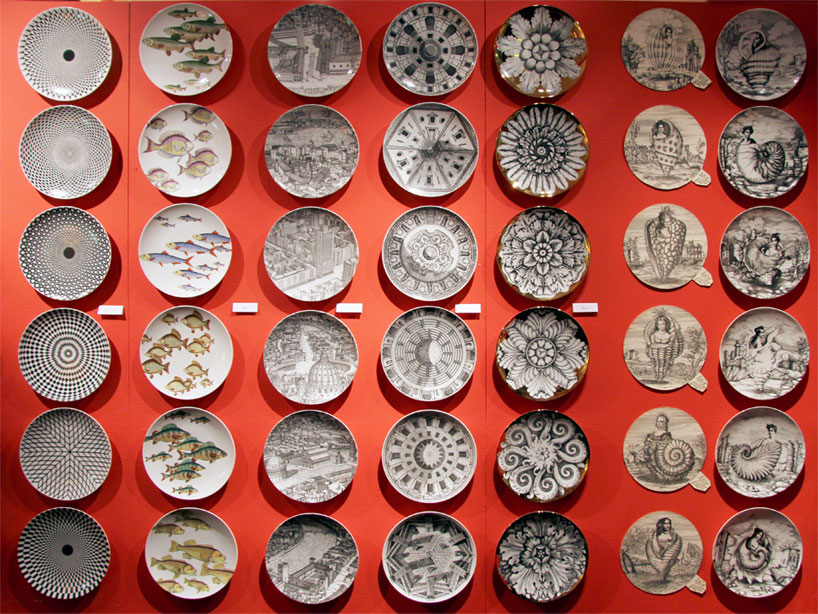 exhibition view with plates, many of which show the signature black and white depictions of fornasetti, displaying schools of fish, drawings of italian cities and various courtyards, as well as sea goddesses emerging from shellsimage © designboom 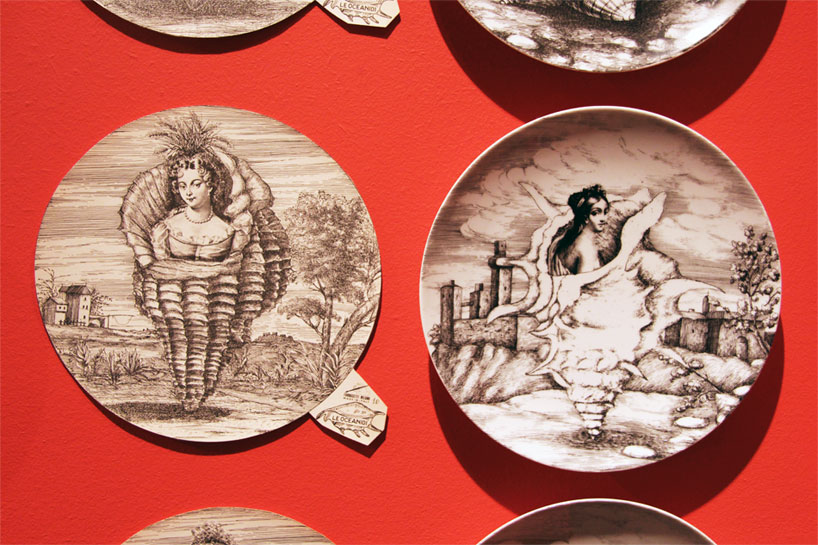 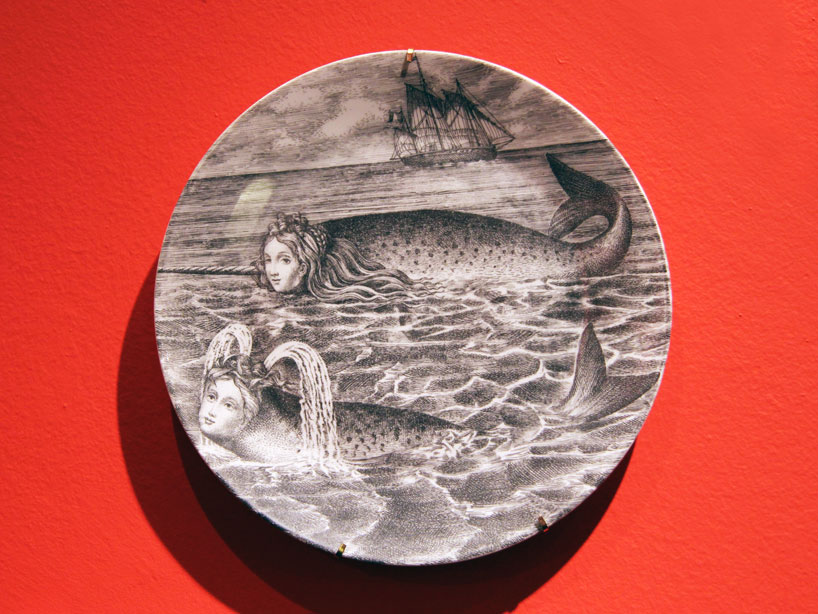 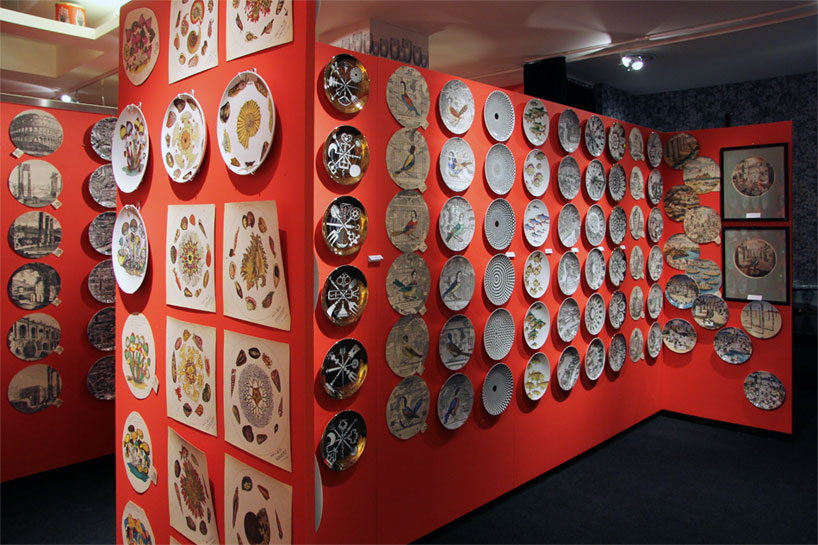 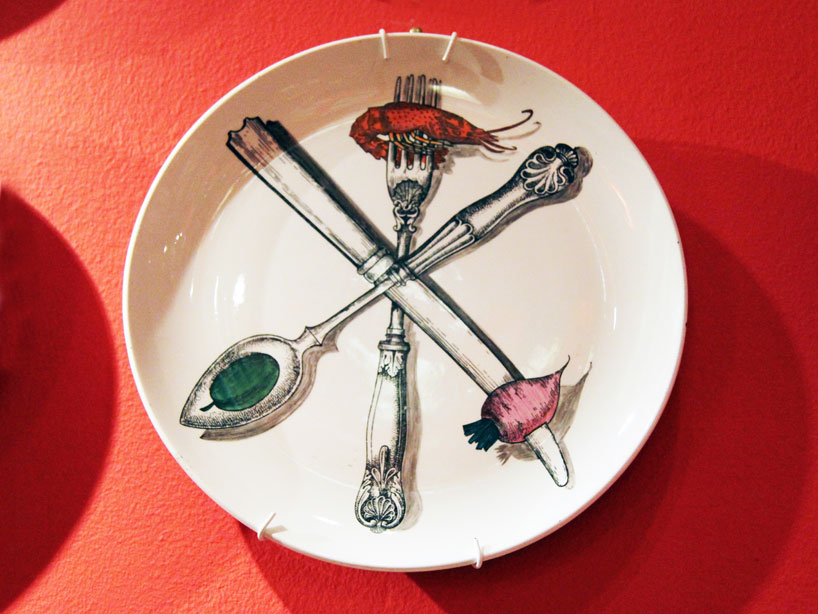 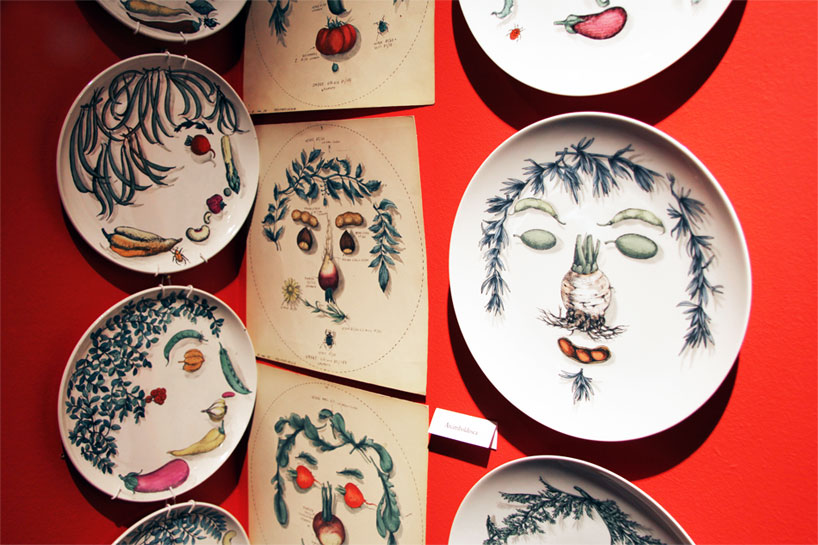 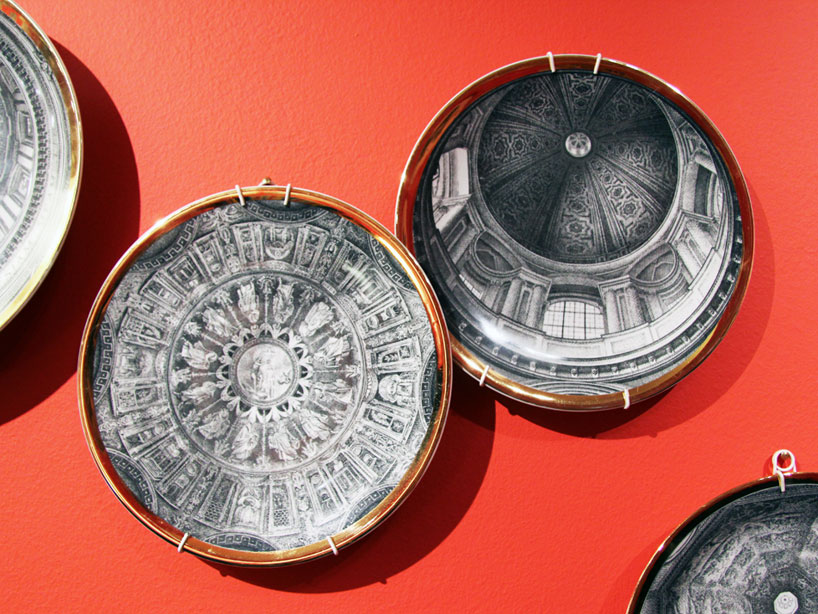 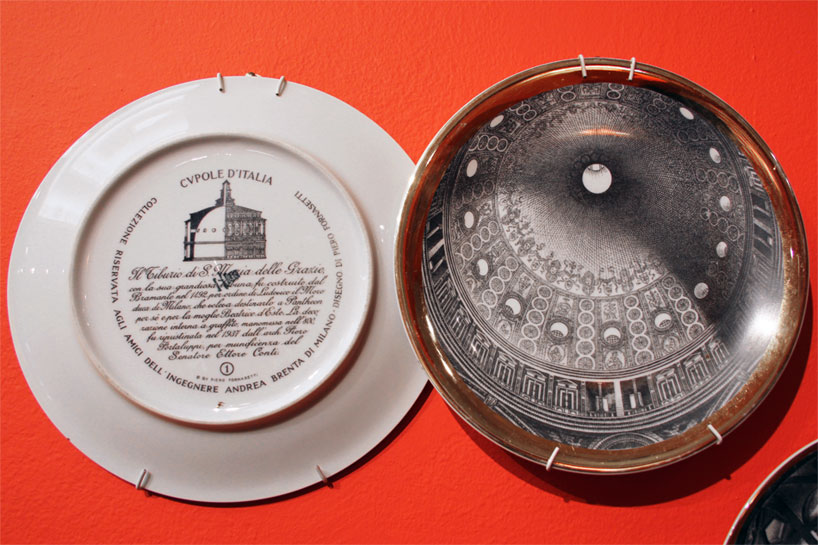 back and front of the le cupole d’italia platesimage © designboom 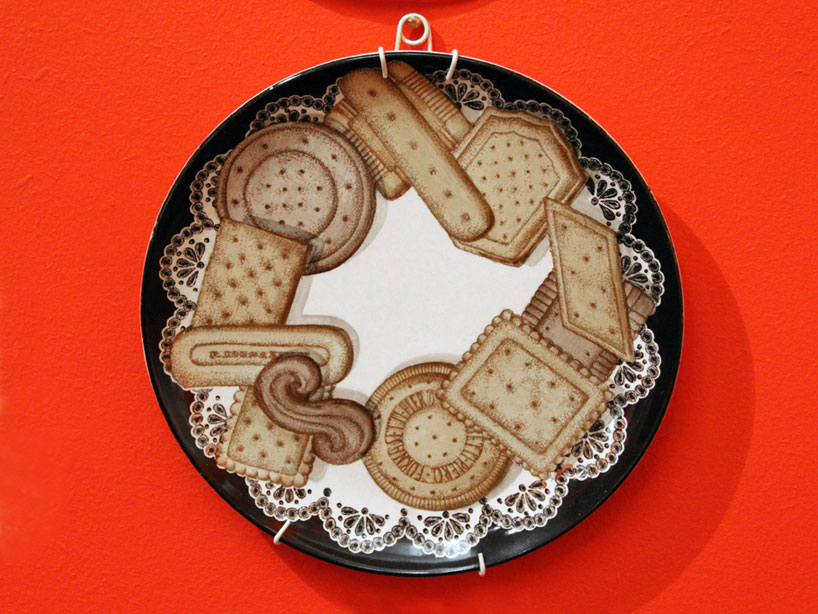 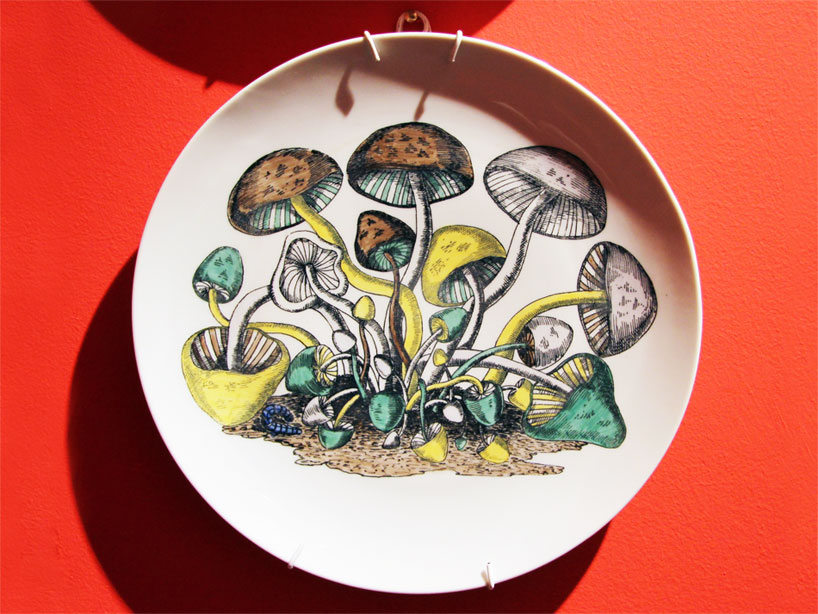 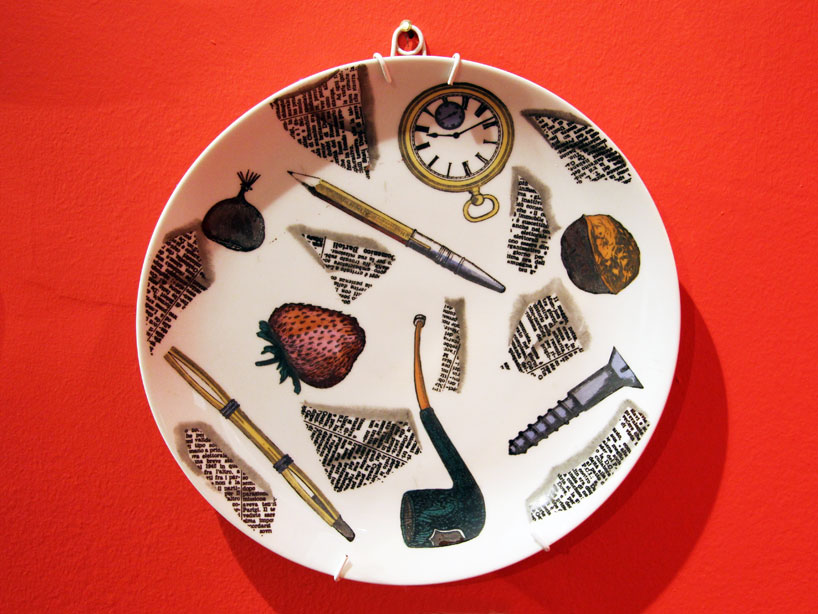 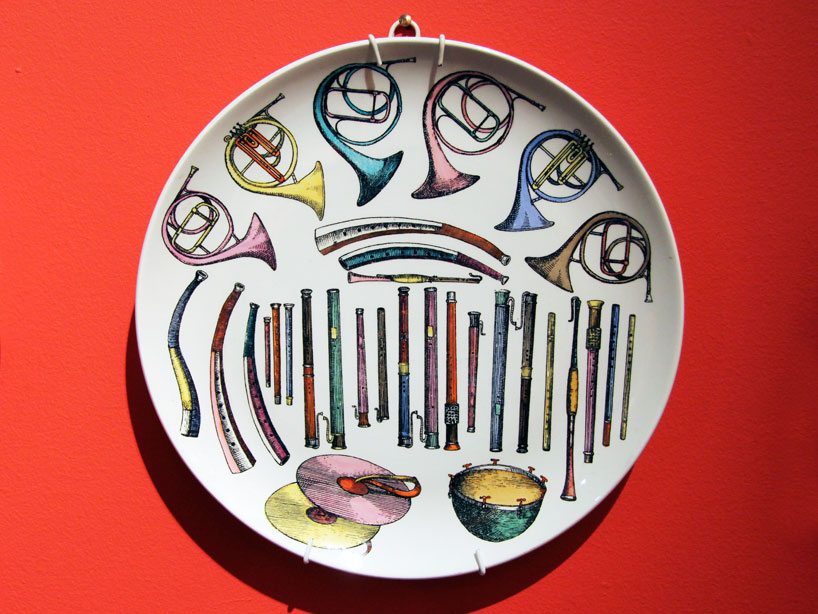 hundreds of plates from fornasetti's archive are presented
image © designboom

sezione di frutta plates each illustrate the cross-section of a fruit or vegetable, seen here is a capsicum
image © designboom

promotional plates for flemming & joff have a white background and illustrate a range of fantastical recipes and their main ingredient such as ostrich eggs and green peppers omelette, elephant ear soup, and snake a la cleopatra
image © designboom

conchiglie: an drawing by piero fornasetti with a simple arrangement of seashells
image © designboom