like helen of troy, the legendary ‘face that launched a thousand ships’, lina cavalieri — the wildly-enchanting 19th century opera singer — would later lead a curious and eclectic italian artist on a lifelong creative voyage. piero fornasetti, born in milan in 1913, was first spellbound by the visage of the italian soprano after spotting her portrait in an old magazine. bewitched by her classical beauty, formal features and heavenly hypnotic gaze, fornasetti first embarked on a sojourn to paint the face of ‘the most beautiful woman in the world’ in 1952 — and never stopped. 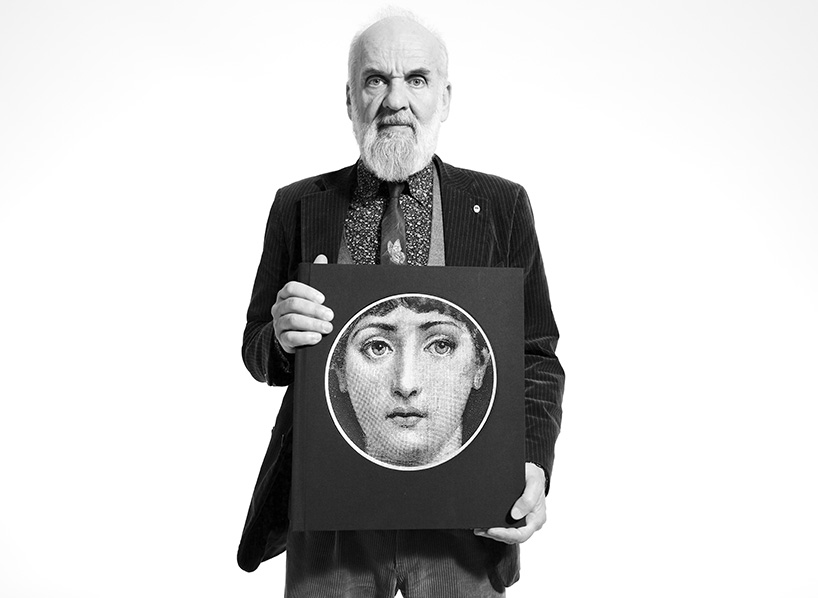 although he never met her, fornasetti’s boundless creativity and loyalty to the captivating cavalieri became an artistic obsession that would eventually carry across generations to come. he saw in her the quintessential image of classical beauty, with a uniquely graphic, formal appeal — a face that could be endlessly reinvented as visual intuitions surfaced in his mind. ignited by the ever-alluring icon, fornasetti let his imagination run wild, to such an extent that nearly 400 different interpretations exist today. thus begins the story of fornasetti’s ‘tema e variazioni’. 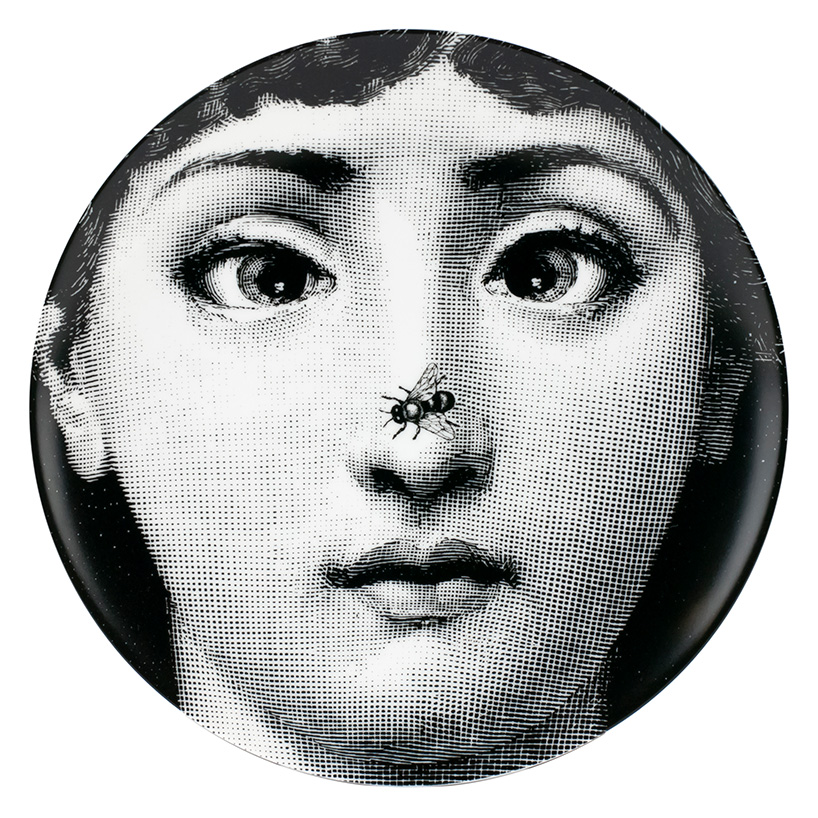 fornasetti’s ‘theme and variations’ have come to comprise hundreds of transformations, alterations, ironic re-imaginations and decorative re-interpretations over the years. the artist deployed his infinite imagination towards cavalieri’s melancholy eyes and plump lips, adapting the face to be framed in a variety of surreal scenarios and situations. she has since donned a chaplin-esque moustache, eyeglasses, ski mask, crown, and tongue piercing; has been molded in the form of an hourglass, butterfly, hot-air balloon, record player, and wheel of cheese; has been pictured winking, with her tongue sticking out, with a bee on her nose, and peeking out from behind a colorful bouquet of flowers; and has appeared to be flirtatious, mystified, baffled, and coy. 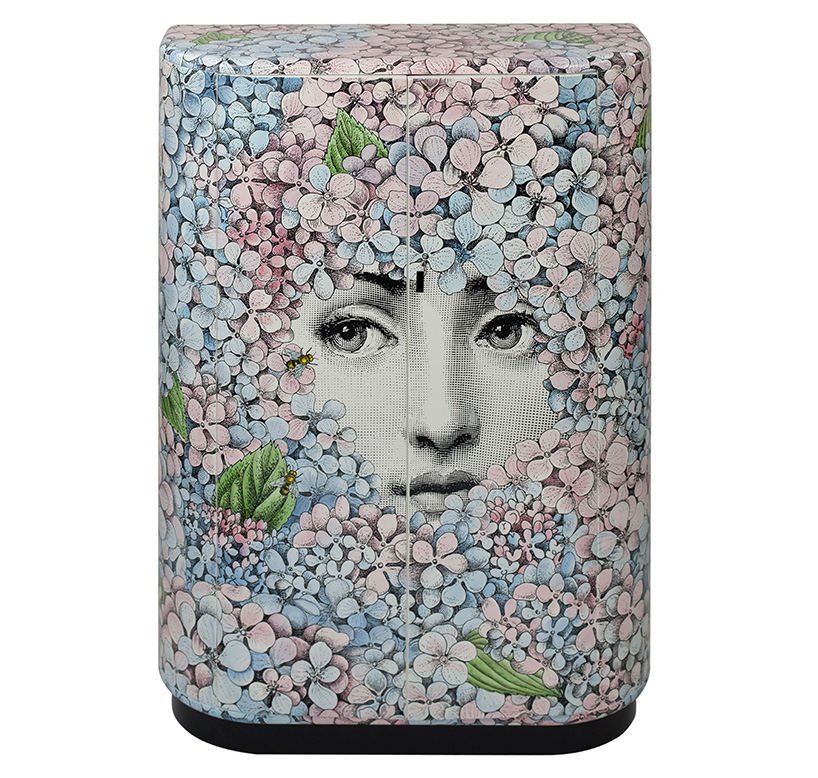 ‘the pubic explained to me that what I did was something more than decoration,’ fornasetti famously described. ‘it was an invitation to the imagination, to think, to escape from those things around us that are too mechanized and inhuman. they were tickets to travel through the realm of imagination.’ 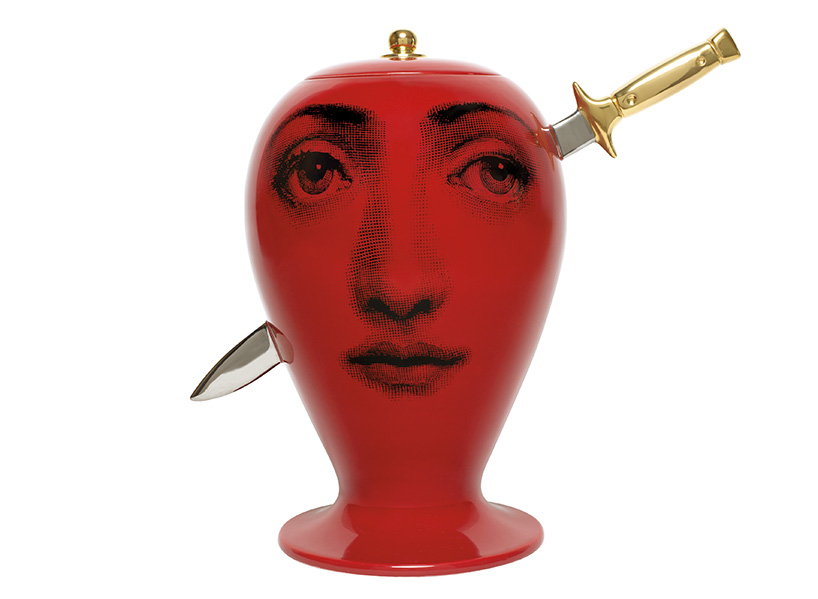 fornasetti’s uninhibited imagination has been applied to objects and home accessories, most famously ceramic plates, but also to rugs, candle holders, vases, chairs, lamps, cabinets and clothing. pieces are expertly crafted by hand in the fornasetti atelier in milan. each artisan may work on a single object for months before the piece is finally finished, with a dedicated team working on woodworking, pottery making, painting, varnishing and archiving. the ‘tema e variazioni’ series has been the subject of monumental museum exhibitions across the world, is closely treasured by many, and adored by art-lovers and enthusiasts alike. 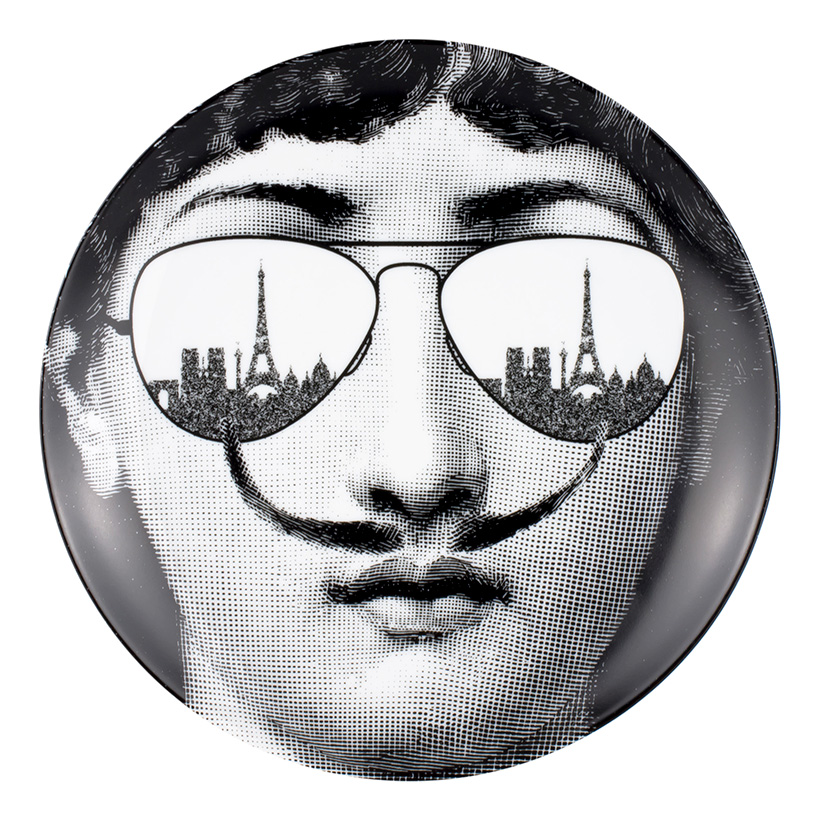 at the helm of the fornasetti universe today is barnaba, piero’s son. a true visionary and artist himself, he has inherited the vision of his father and a fifty-year collection, and has helped shaped and rebuild the company’s long legacy. under his keen artistic direction, the first 100 illustrations from ‘tema e variazioni’ have been collected in a handmade and limited-edition book. the publication is printed on cotton paper using a hand press, is hand-bound and accompanied by text in monotype typography. in the same year, the series expanded its reach to present and produce the set design of the mozart opera ‘il dissoluto punito ossia il don giovanni’. themes drawn from the fornasetti archives and images from ‘tema e variazioni became the backdrop for a monumental performance shown in milan and florence, bringing the surreal world of fornasetti to the stage. 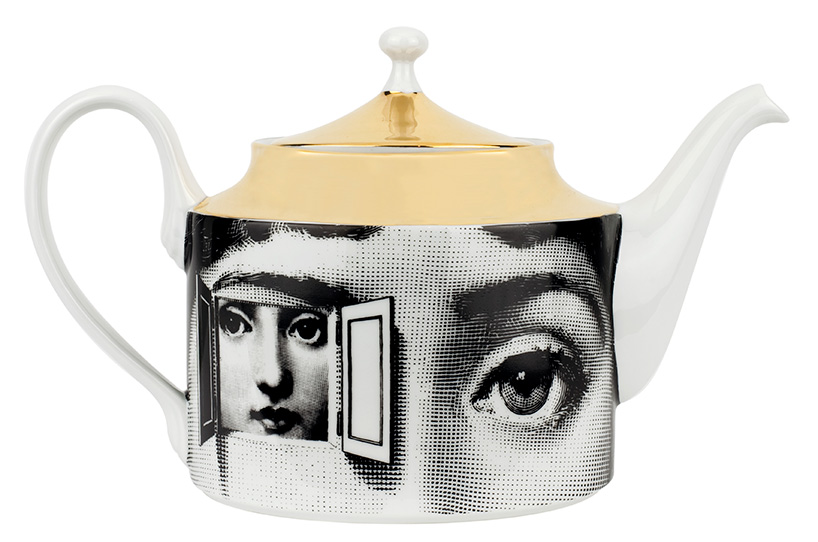 ‘from piero, I have inherited the desire to imagine, to invent, to dream — as it were — with my eyes open,’ barnaba says of his father. ‘the things piero made, and we after him, are here to stay…they are for keeping, to be passed on from generation to generation.’

if the story of fornasetti reminds us of anything, it’s that ‘tema e variazioni’ will be told infinitely. 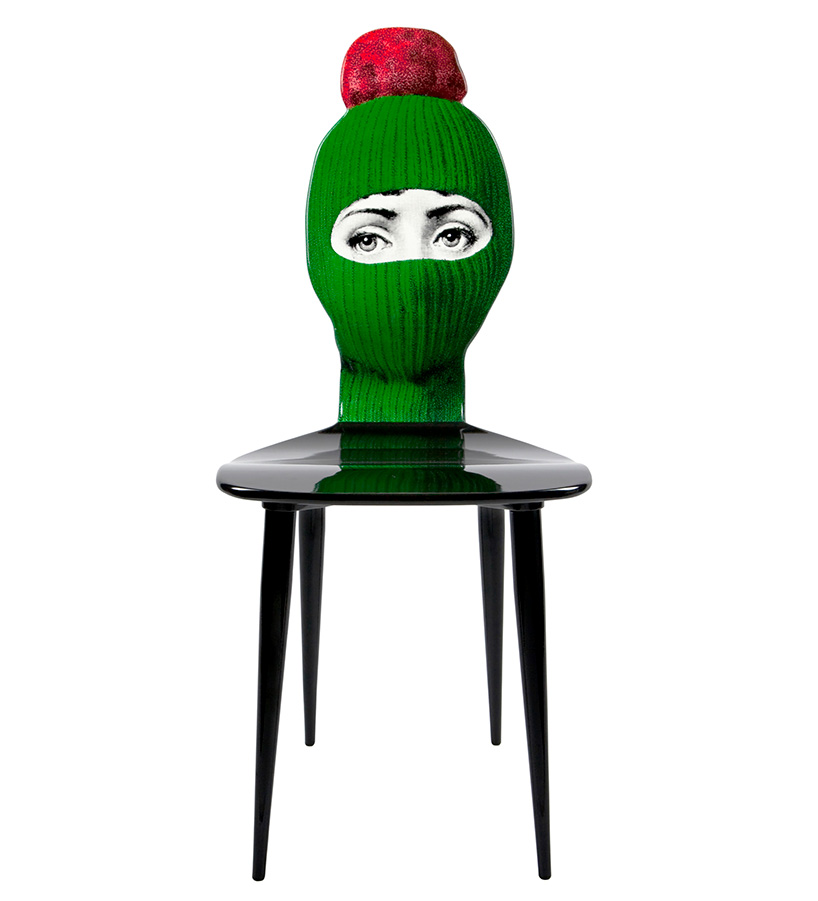 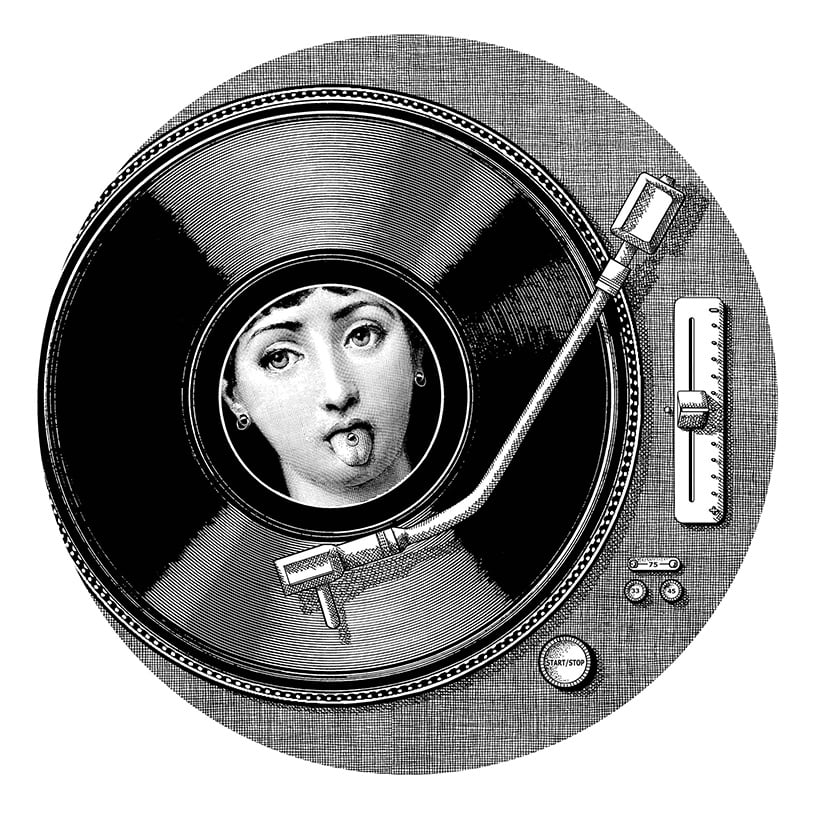 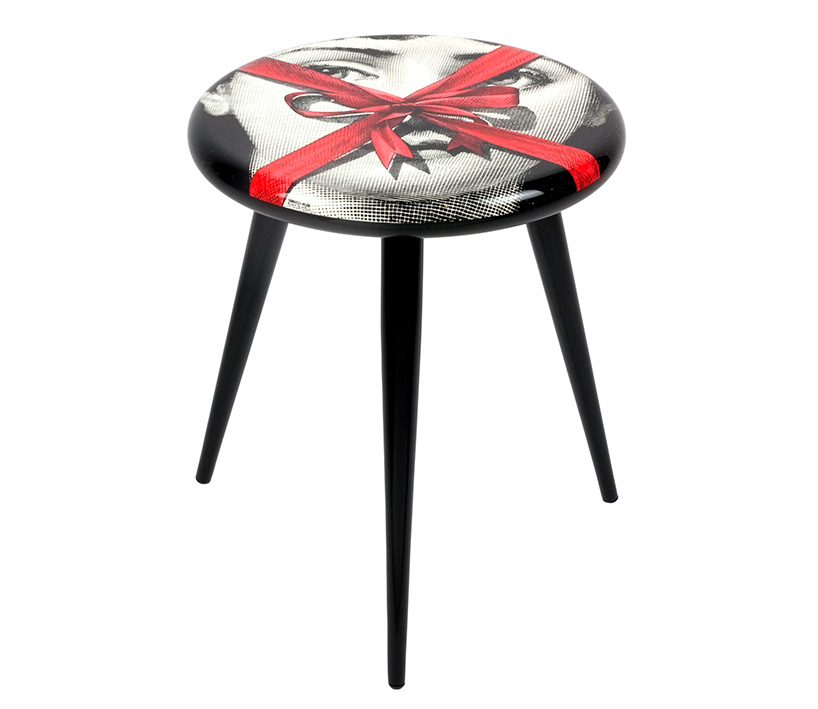 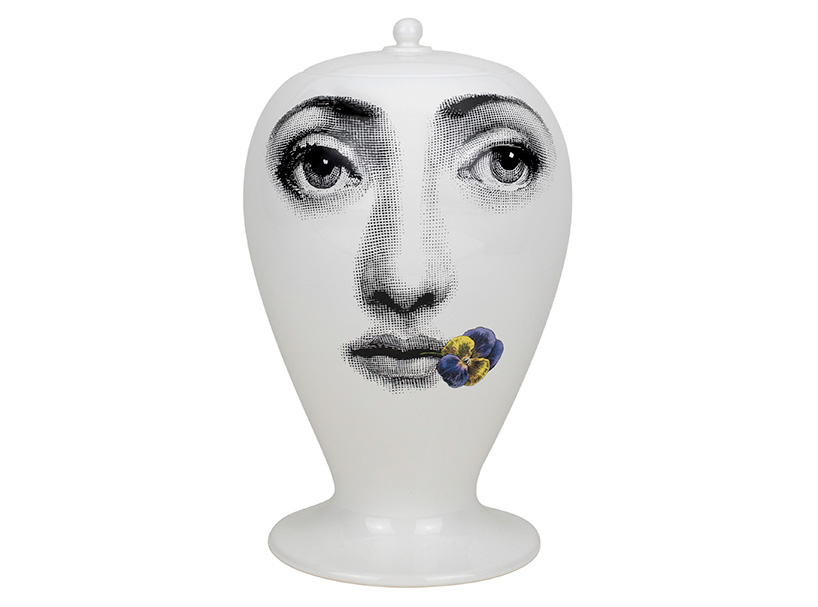 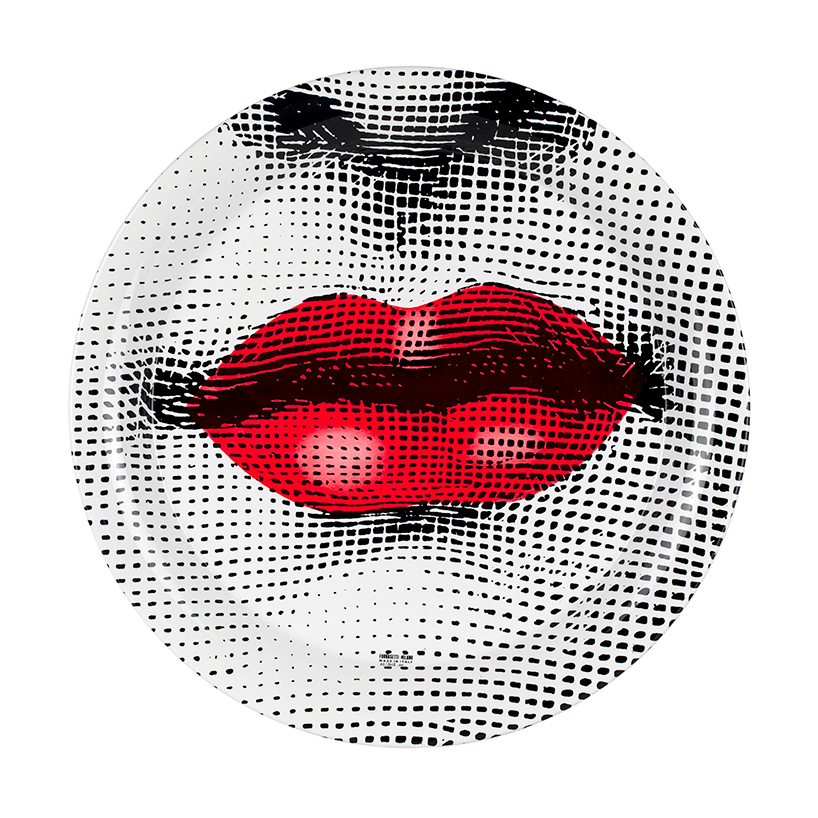 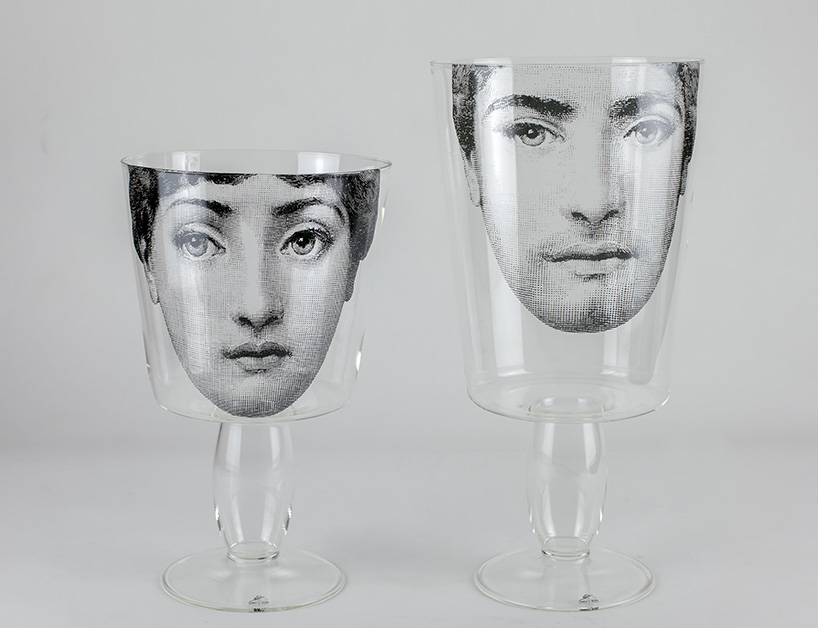 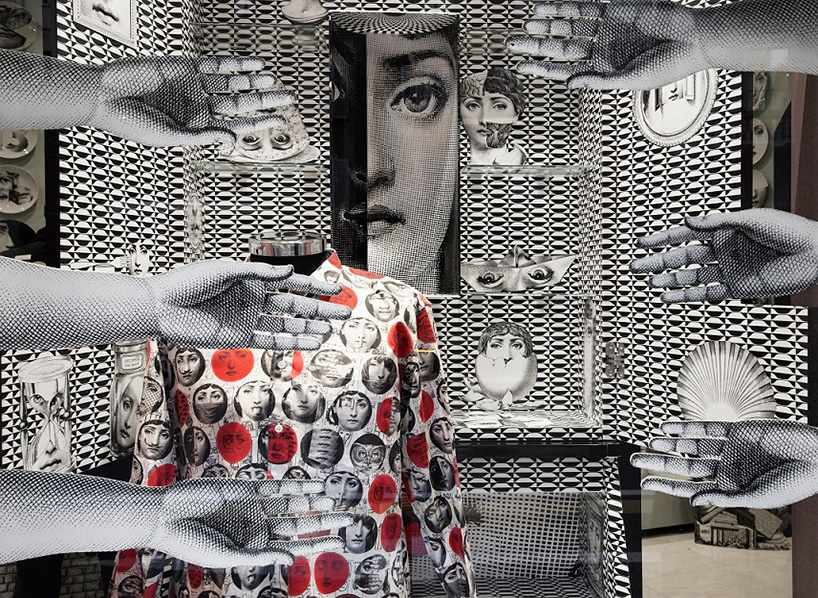 the fornasetti store fitting during the collaboration with comme des garçons 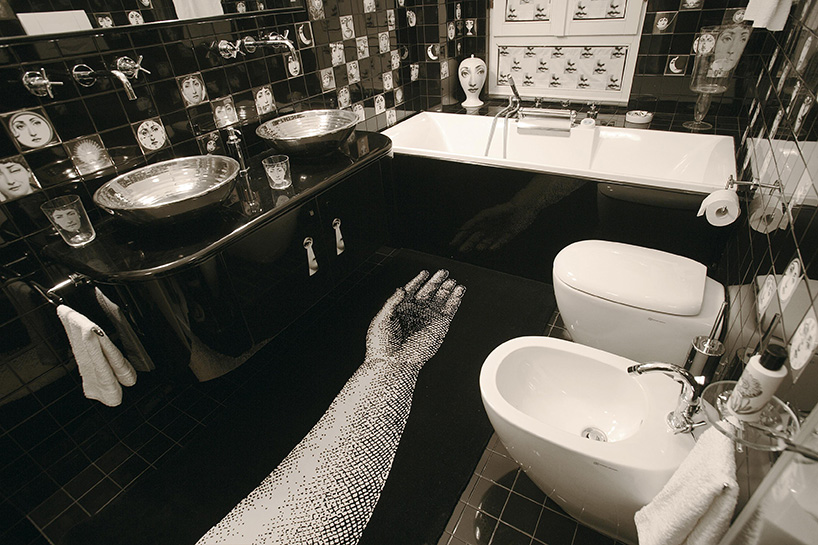 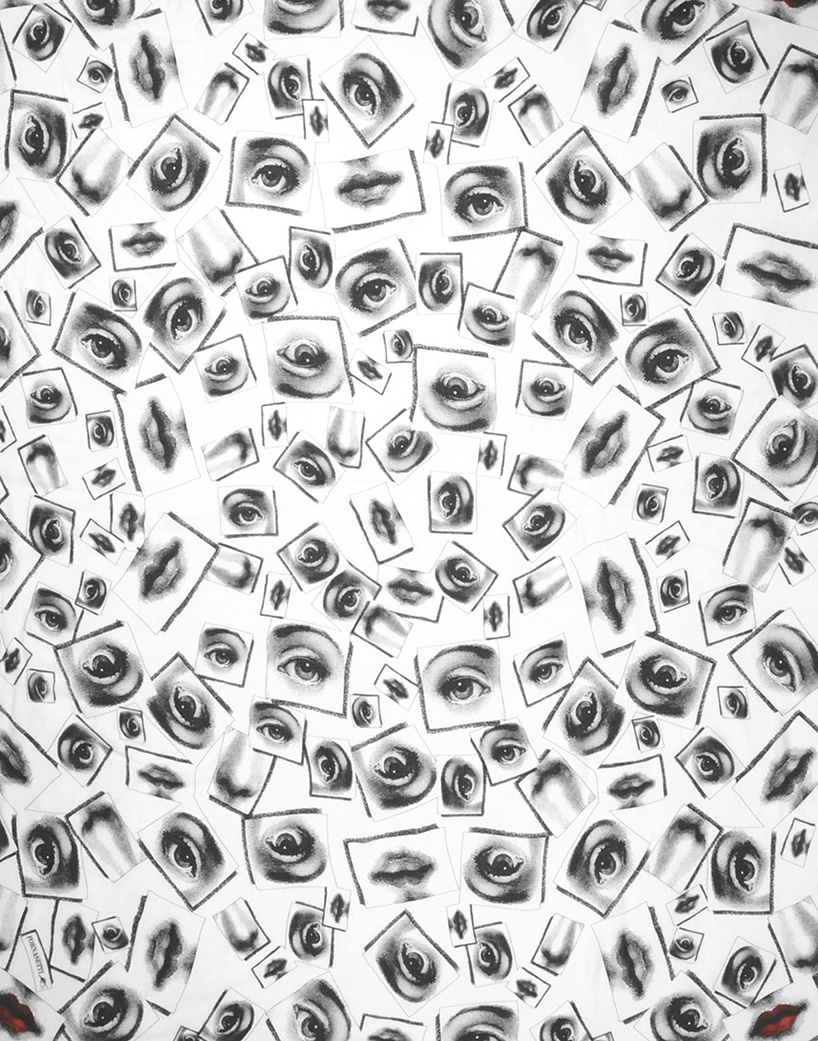 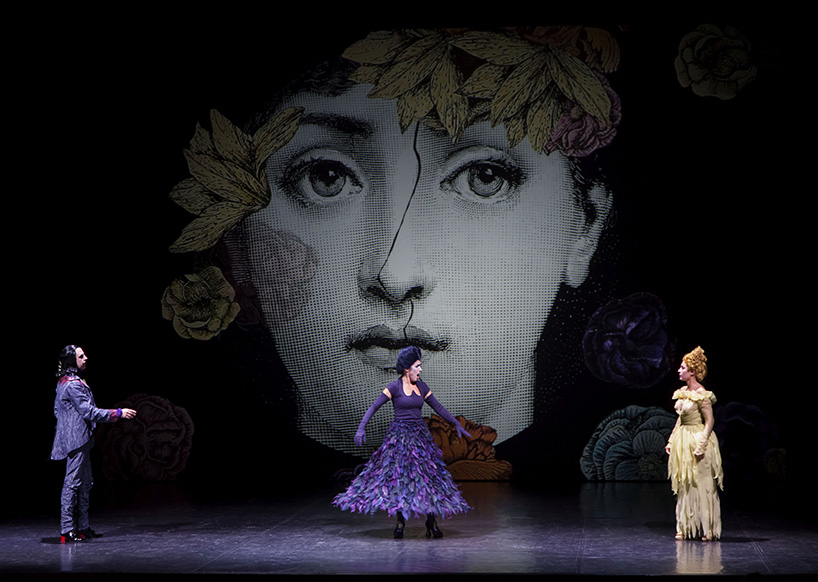 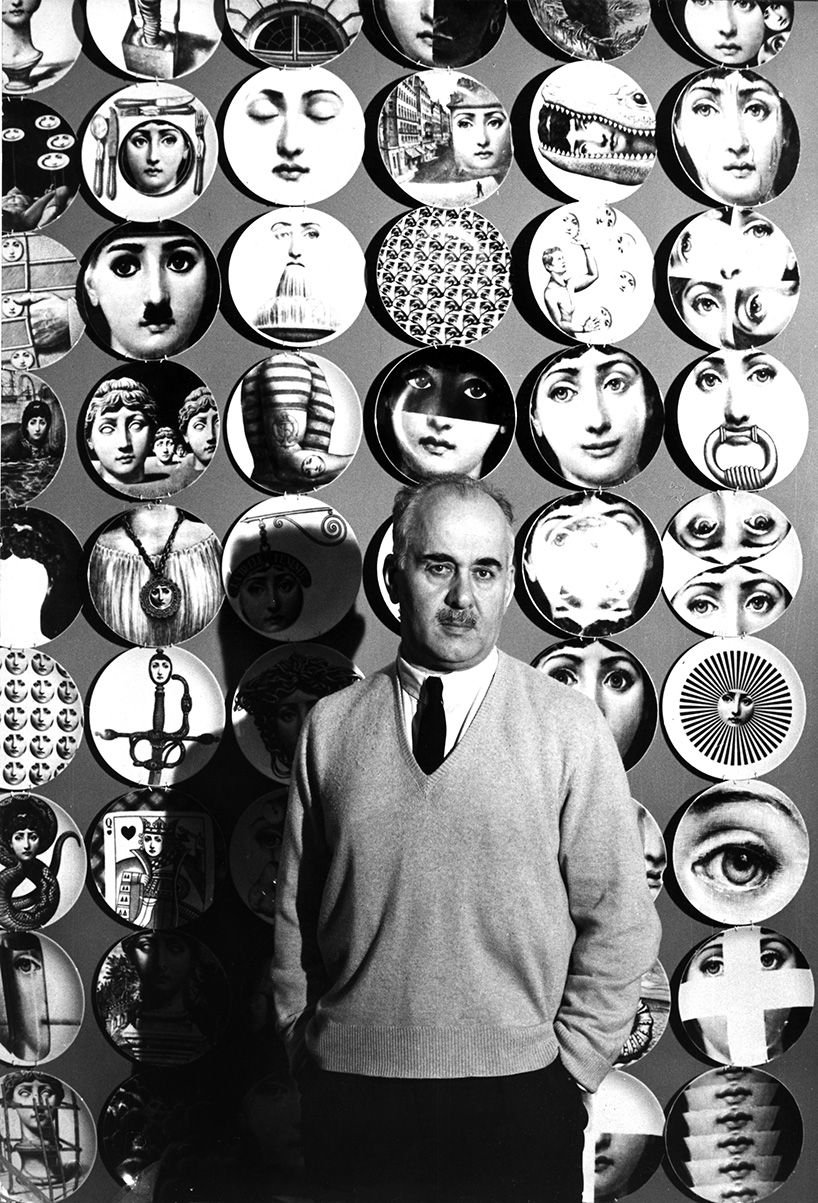