with poems that vanish in smoke,  dutch artist lennart lahuis becomes the winner of the second edition of ‘FPT for sustainable art award’, promoted by FPT industrial and in collaboration with artissima fair. the artwork creates a subtle connection between the start of the industrial age and belgium‘s old coal mining complex, combining transport crates, industrial objects and technical drawings of steam machines that were produced in the same very building that now houses the le grand-hornu museums for contemporary art and design. arranged in four different panels, complex object compositions are turned into steam machines as words in water vapor appear and fade to create together the sentence ‘when is it that we feel change in the air’. inspired by poet willem hussem, lennart lahuis contextualizes the short, ephemeral verses into his own misty version. 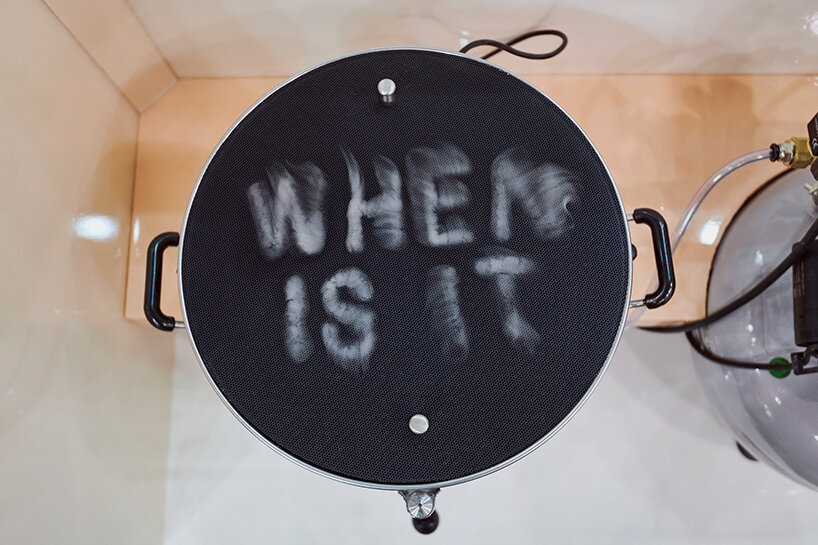 photographs by antinori unless stated otherwise

the FPT for sustainable art award – last year given to renato leotta for his artwork MARE – is the fruit of reflections dear to FPT industrial, a company oriented towards the design and production of engines for the nautical and industrial sector – commercial vehicles, agricultural equipment and generators – and which, through this project, is consolidating its continuous commitment to environmental protection. conceived together with artissima, the company’s commitment to reach an audience attentive to these issues becomes apparent. the award is intended to recognize an artist whose research and works are the result of a virtuous and sustainable conceptual production chain, where the latter also acts as a driver for the transformation of materials and creative processes.

‘we are very happy that lennart lahuis is the winner of this second edition, as his work perfectly represents the vision of this award. FPT industrial’s commitment to promoting this award stems from two elements that we consider fundamental: protection of the environment, which is intrinsically linked to our production of industrial engines, and a growing commitment to the development of increasingly sustainable production processes,’  says egle panzella, sustainability manager at FPT industrial. 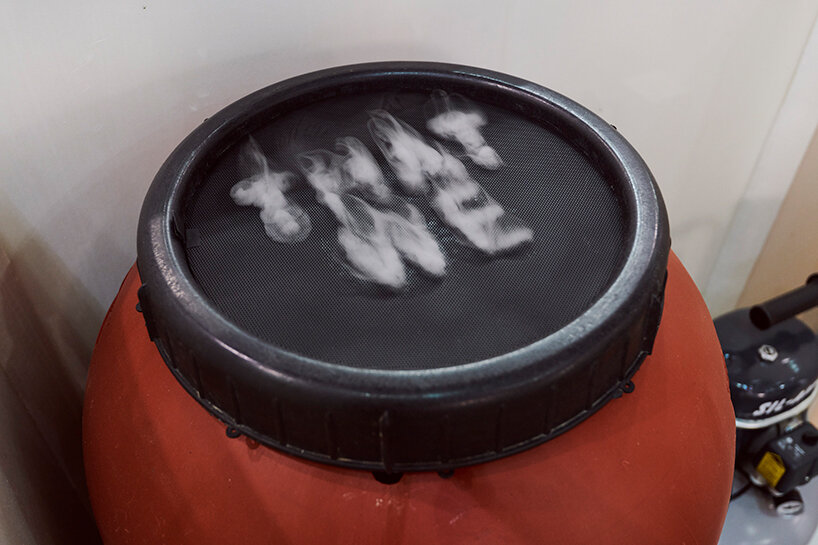 ‘willem hussem’s poems about natural phenomena such as water, clouds and mist were immediately attractive to me,’ says lennart lahuis

born in the netherlands in 1986, lennart lahuis is the crowned winner of the ‘FPT for sustainable art award’ second edition, put together by FPT industrial. in partnership with artissima 2021, the leading company in the industrial engine sector and CNH industrial group brand put forward the award with the aim of promoting sustainability issues that are also expressed in contemporary art. the artist’s artwork ‘when is it that we feel the change in the air’ speaks deeper than what meets the eye. with research into the museum’s archives, lahuis re-creates 19th century drawings of steam engines. by combining the trash-cans, vessels, pneumatic systems, vaporizers, the artist’s relationship with water becomes an expression towards the climate change and the disruption of ecological systems.

‘like anyone else, I am also thinking of big changes of course, like climate, cultural and socio-economic changes. they often exceed a lifetime to take place or should happen on a supra-individual, intergenerational level. and that made me think; how do you really understand, represent and feel changes that play out in ‘deep time’, over hundreds or thousands of years? I think this is a real challenge, to make those changes palpable,’ explains lennart lahuis to designboom. 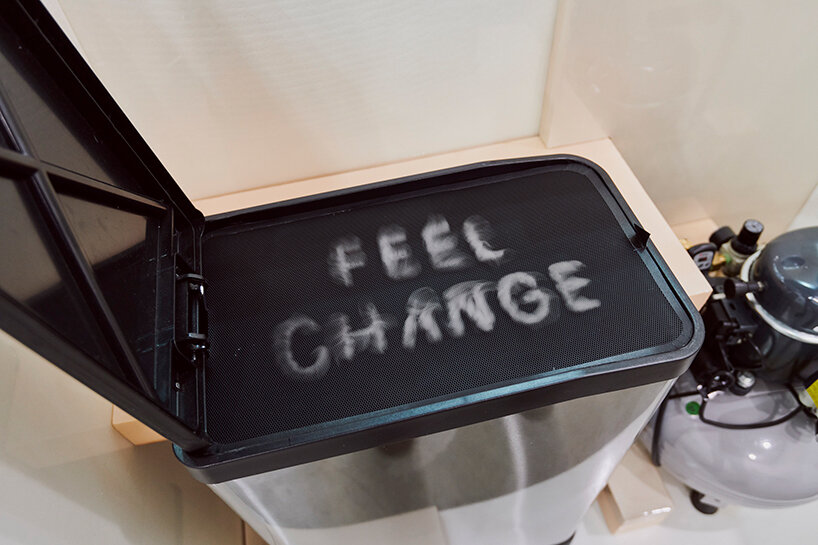 ‘lennart lahuis’ installation at dürst britt & mayhew is a poignant example of how context and materiality is manifested in a multi-layered process of what is considered ‘sustainable. lahuis is placed in dialogue with dutch modernist painter and poet willem hussem, influential within the netherlands but largely unknown internationally. the abstract colorful paintings by hussem are juxtaposed by crates, bluntly placed right in front of them and used to transport lahuis’ work with. a display of industrial products reveal a system in which words evaporate through water. when is it that we feel change in the air? could have been adapted from one of hussem’s poems tracing the ephemeral and poetic complexities of (art) history within our everyday changing environment,’ says the jury. 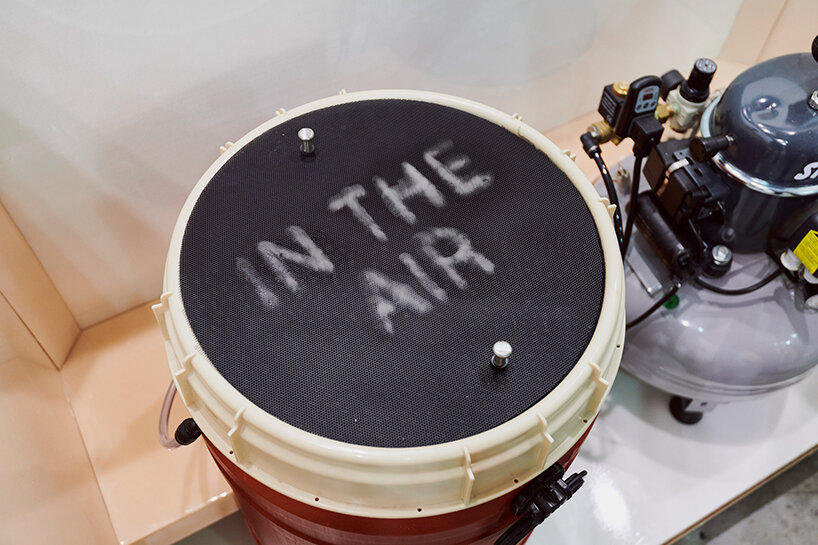 ‘his poems about natural phenomena such as water, clouds and mist were immediately attractive to me because of their resonance with my steam objects,’ says the artist.

around each wooden panel containing the steam engine, the poetry of willem hussem (1900-1974) complements the works. the use of the short verses are juxtaposed with the industrial drawings that surround the engine compositions, allowing the viewer to enter into a dialogue between technological innovation and poetry.

‘when I studied his [hussem’s] poems I realized that technology and industry were almost completely absent. they are predominantly reflections on the changeability of nature, which makes them timeless. his poems about natural phenomena such as water, clouds and mist were immediately attractive to me because of their resonance with my steam objects. it was also an opportunity to bring them into dialogue with 19th century technical drawings of steam machines for mining equipment that I had exhibited next to my own steam objects in a previous version of this installation. it is a tension that I thought was interesting in dialogue with my choice of words in steam,’ expresses lennart. 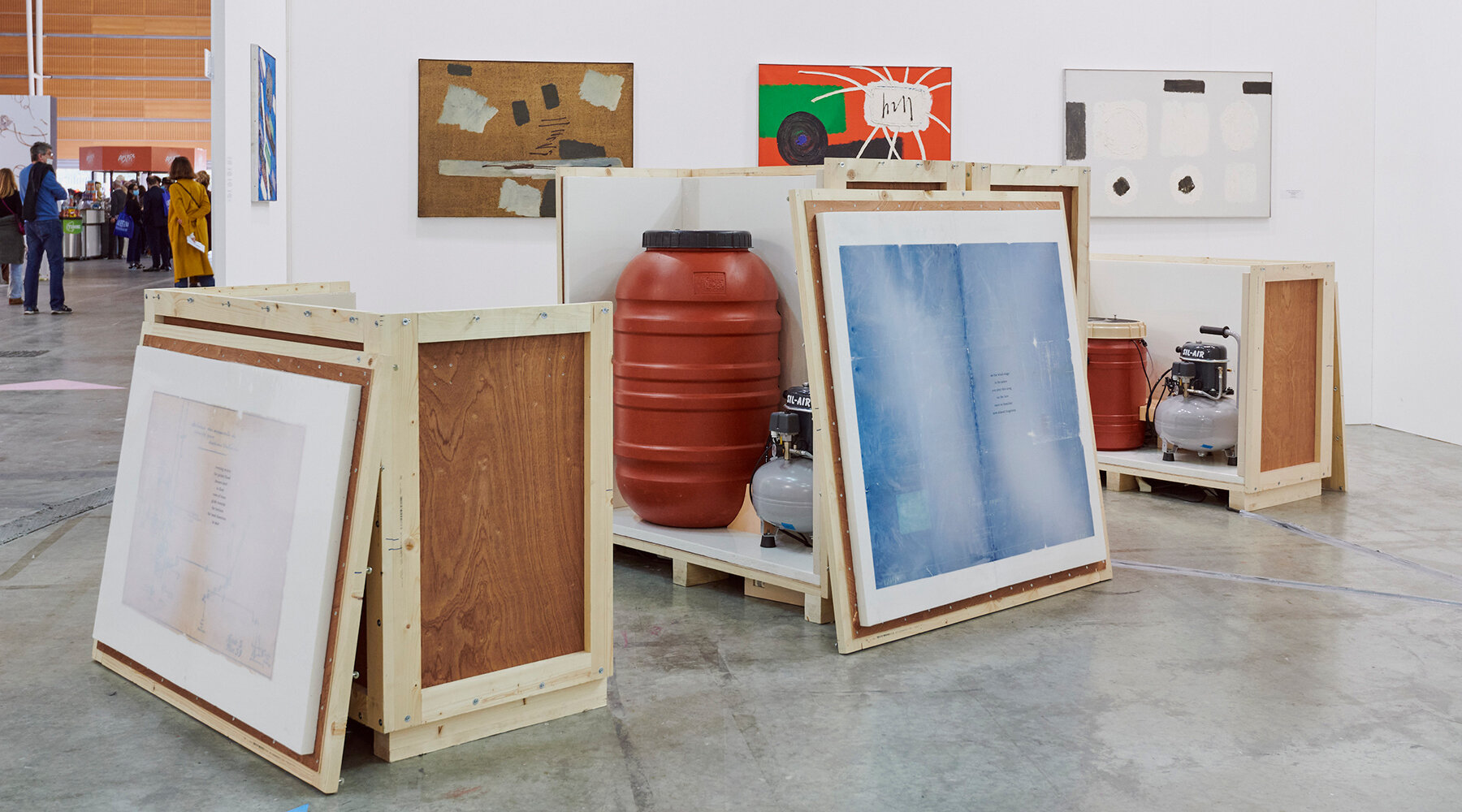 despite the challenges in getting the text to appear as precise as possible through the steam, the installation comes together successfully. first debuted during the exhibition ‘in the age of post-drought’ in CID grand-hornu, belgium, the artist wishes to expand on the artwork and its potential in the industrial and contemporary world.

‘the steam engines will be elaborated on in the coming years. first I will develop them into an architectural installation that will be included in an exhibition in the netherlands in the summer of 2022,’ concludes lennart. 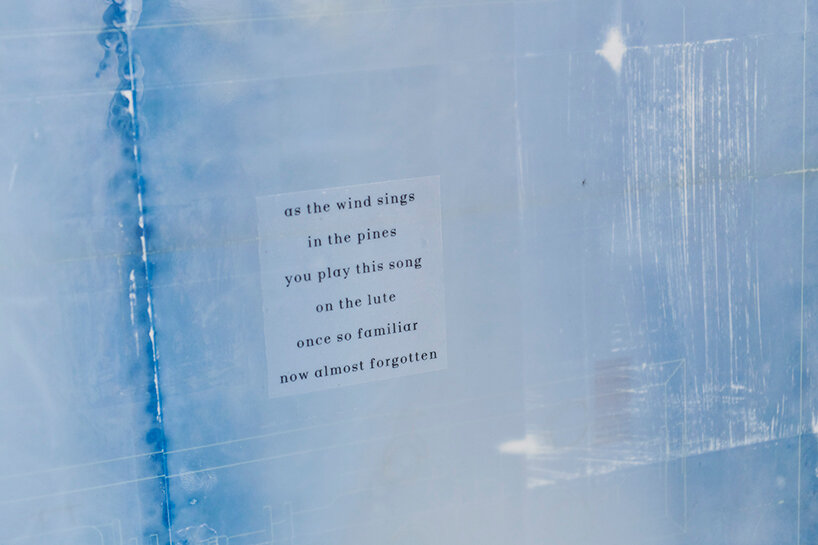 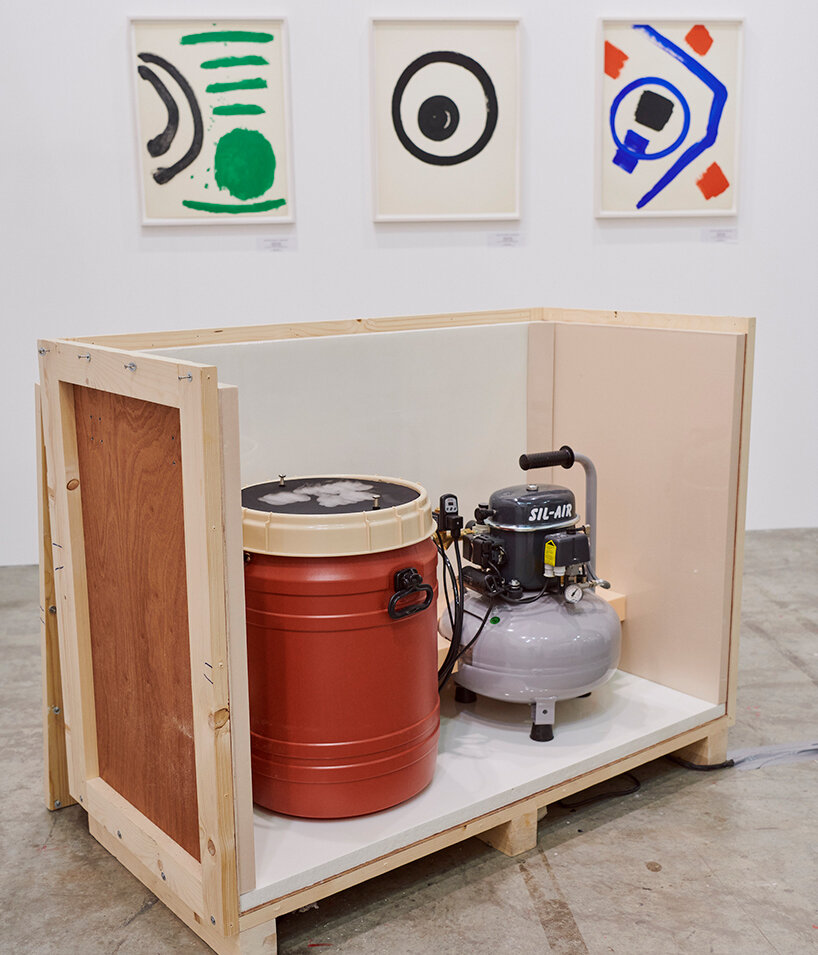 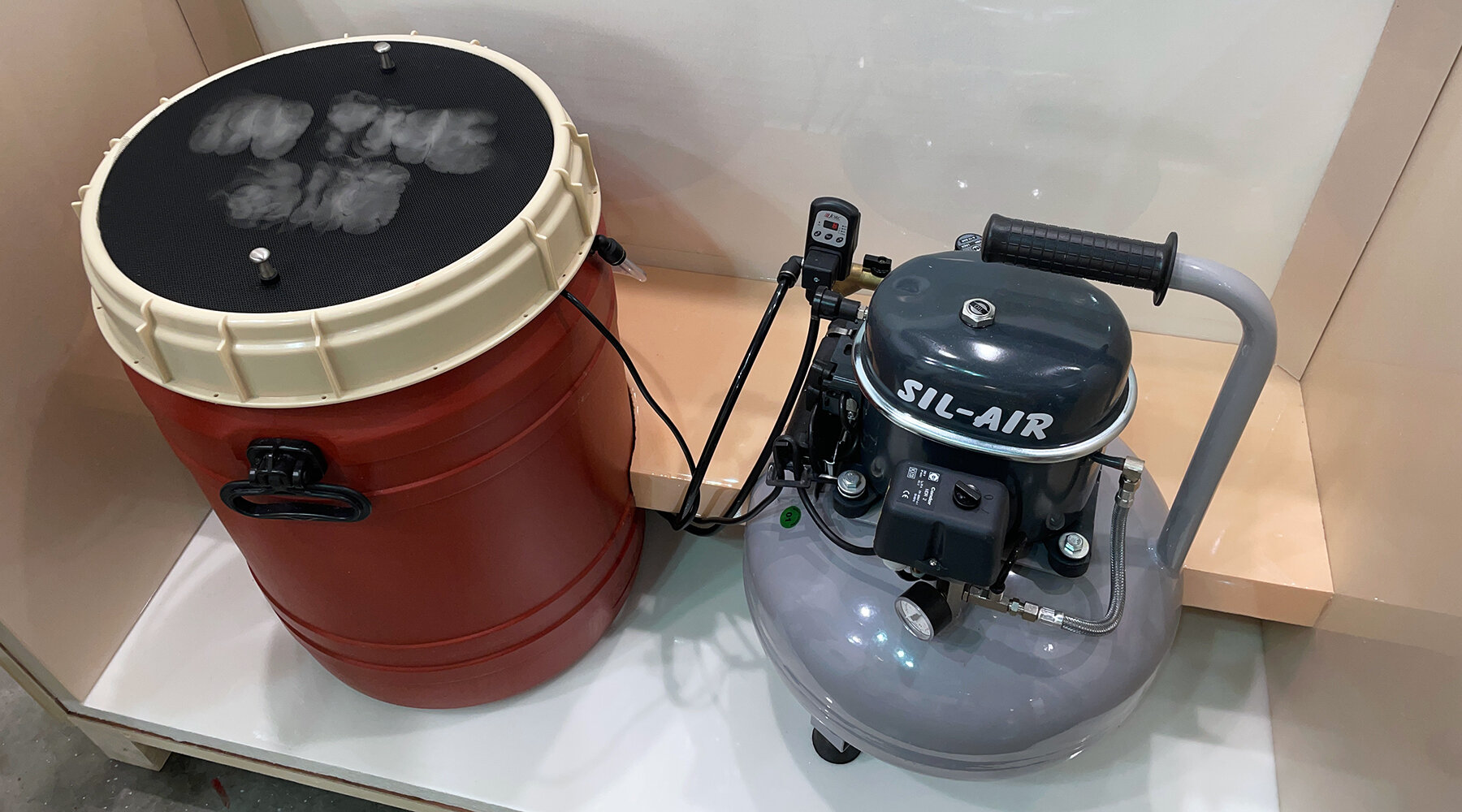 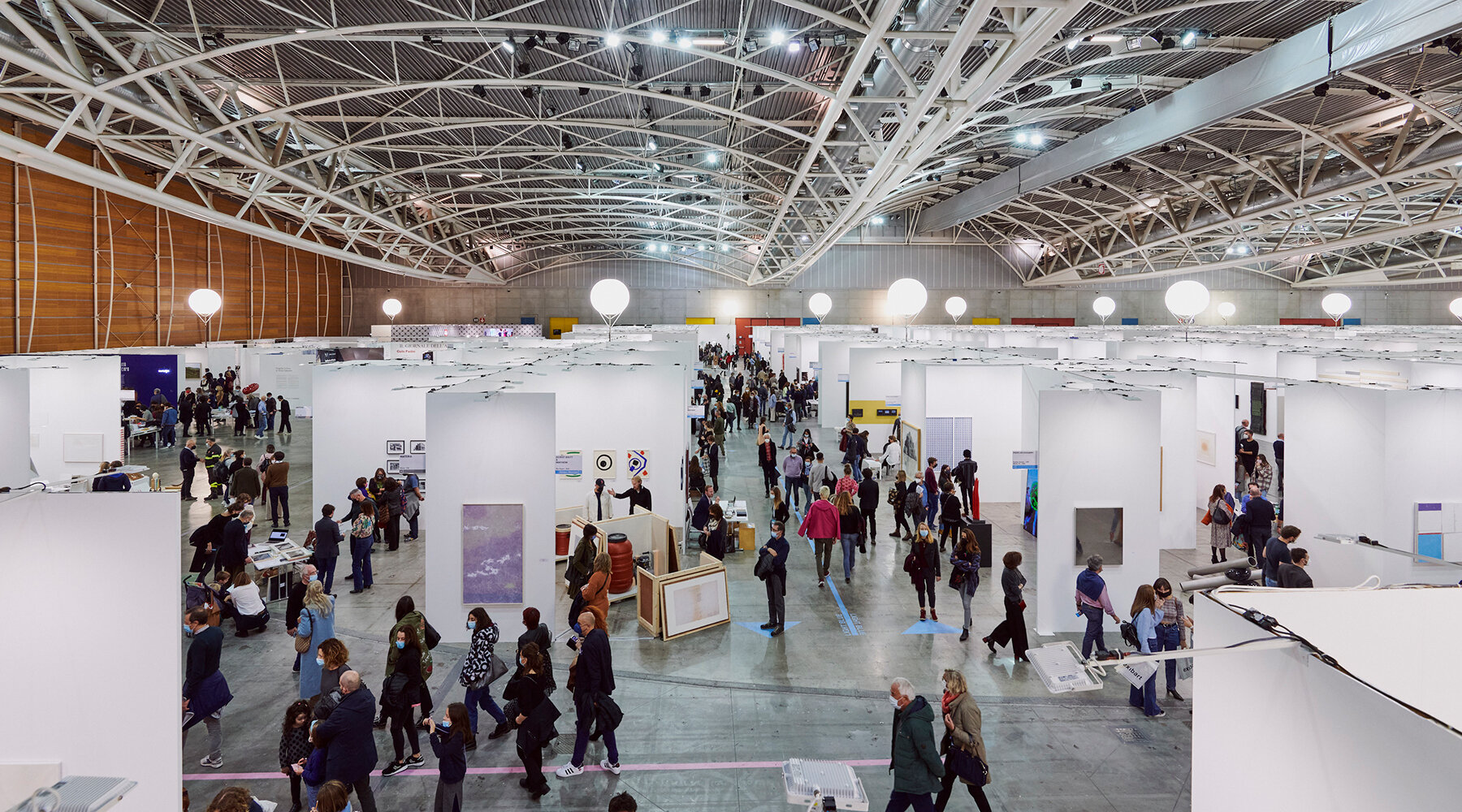 name: when is it that we feel change in the air

about FPT industrial:
FTP industrial is a brand of CNH Industrial, dedicated to the design, production and sale of powertrains for on-road and off-road vehicles, as well as marine and power generation applications. the company employs more than 8,000 people worldwide, in ten manufacturing plants and seven R&D centers. the FPT industrial sales network consists of 73 dealerships and about 800 service centers in almost 100 countries. a wide product offering, including six engine ranges from 42 hp up to 1,006 hp, transmissions with maximum torque of 200 nm up to 500 nm, front and rear axles from 2 to 32 ton GAW (gross axle weight). FPT industrial offers the most complete lineup of natural gas engines on the market for industrial applications, with power that goes from 50 to 460 HP. this extensive offering and a strong focus on R&D activities make FPT industrial a world leader in industrial powertrains. 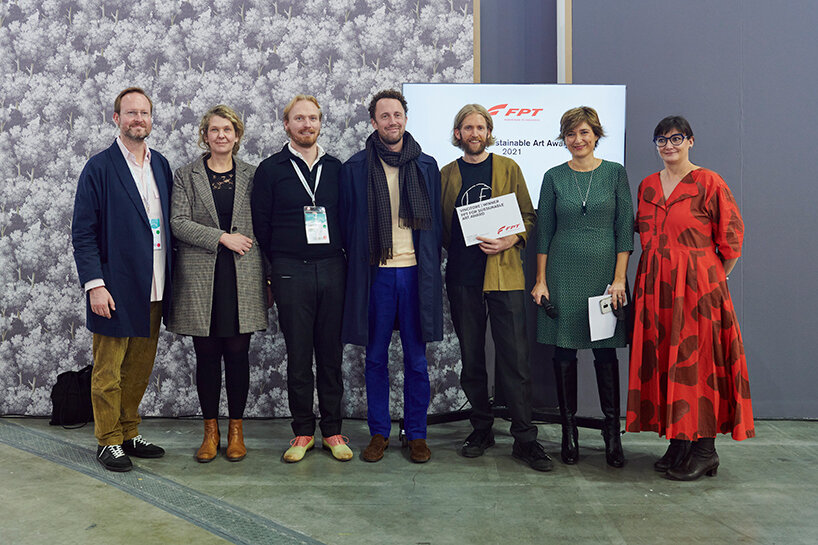 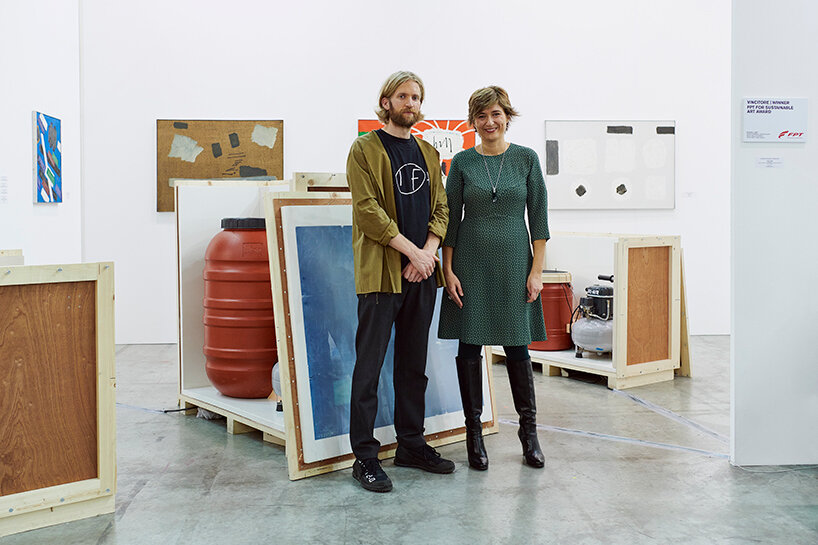 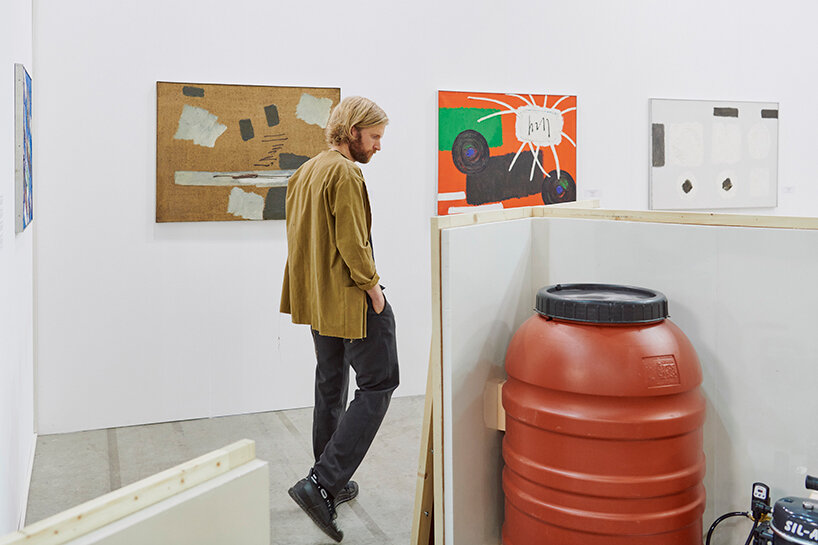 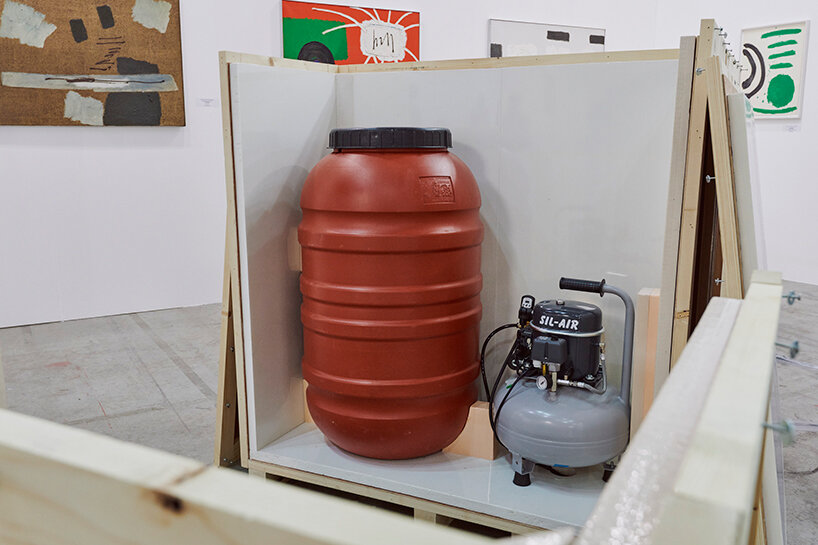 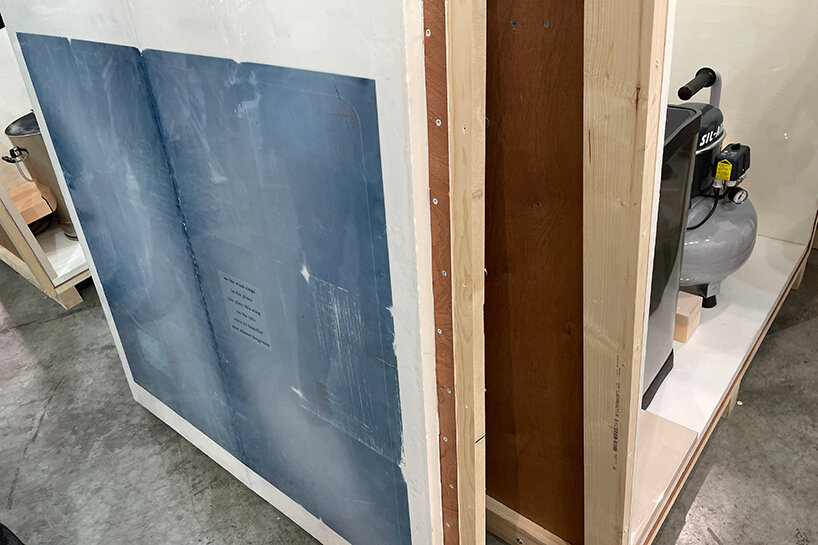 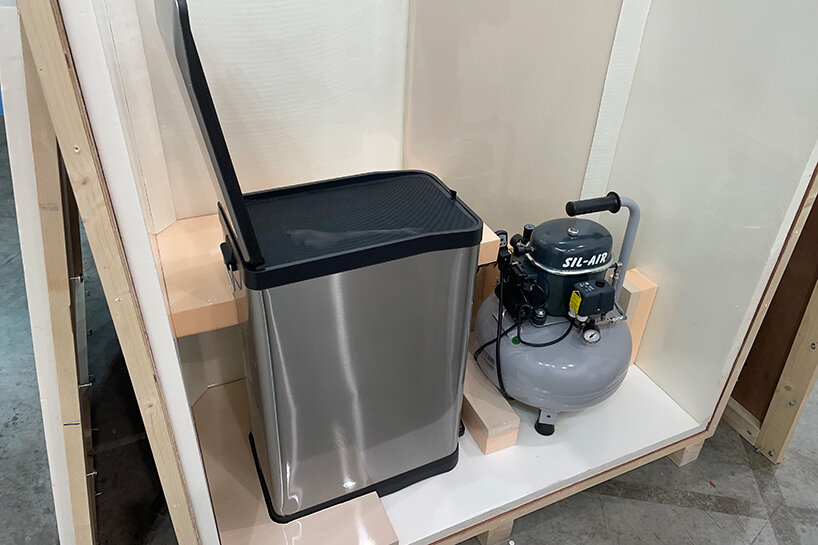 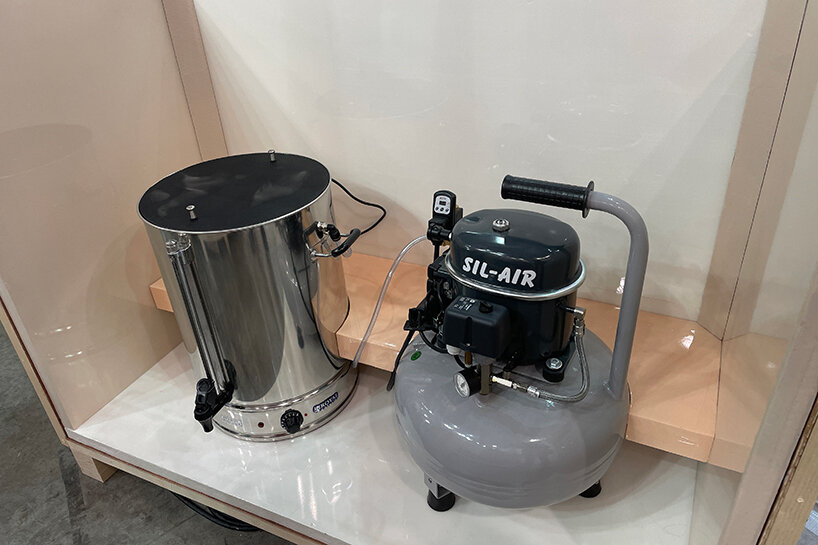