created for nilufar gallery and presented during milan design week 2017, the ‘samantha’ chandelier by francesco faccin and francesco meda recalls that last scene from stanley kubrick’s 2001: a space odyssey. with a shape defined by the use of last-generation OLED mirror panels mounted on a laser-cut stainless steel structure, the lamp’s modularity allows it to be assembled in series, resulting in the possibility of different versions that can be adapted to specific spaces, both private and public. 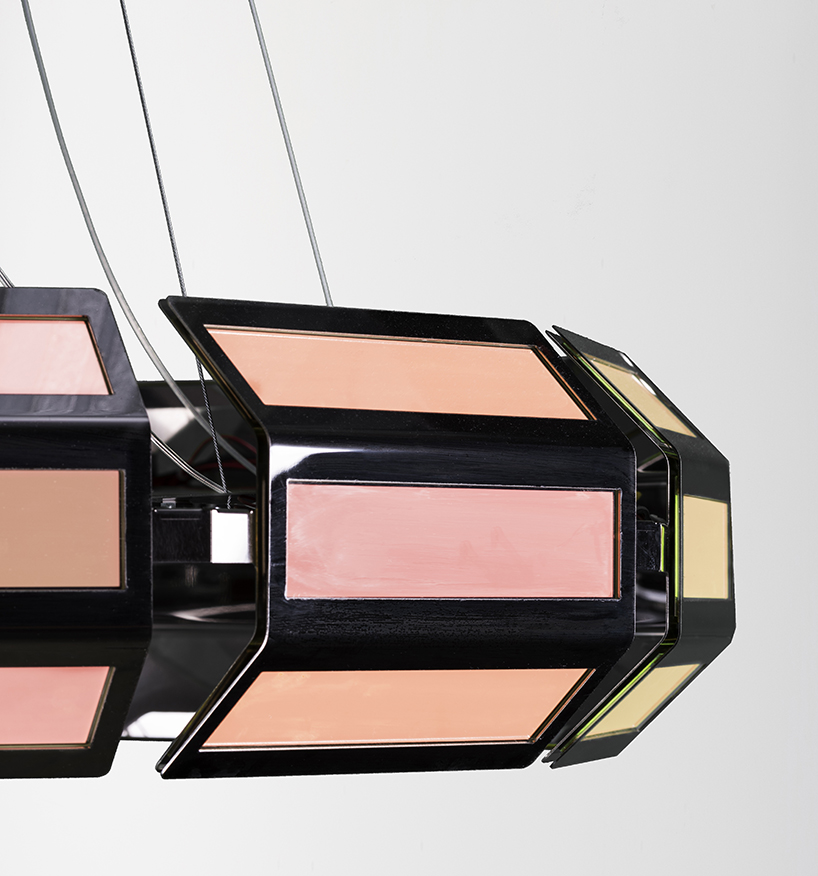 its space-like aesthetic pays homage to italian astronaut samantha cristoforetti, from where it takes its name from. born from the friendship between francesco meda and francesco faccin, the project highlights the desire to share and exchange different skills in order to obtain a result that is bigger than the sum of the individual contributions. by taking the OLED’s as a starting point, multiple innovative scenarios opened to the creatives who took the opportunity to design with light. 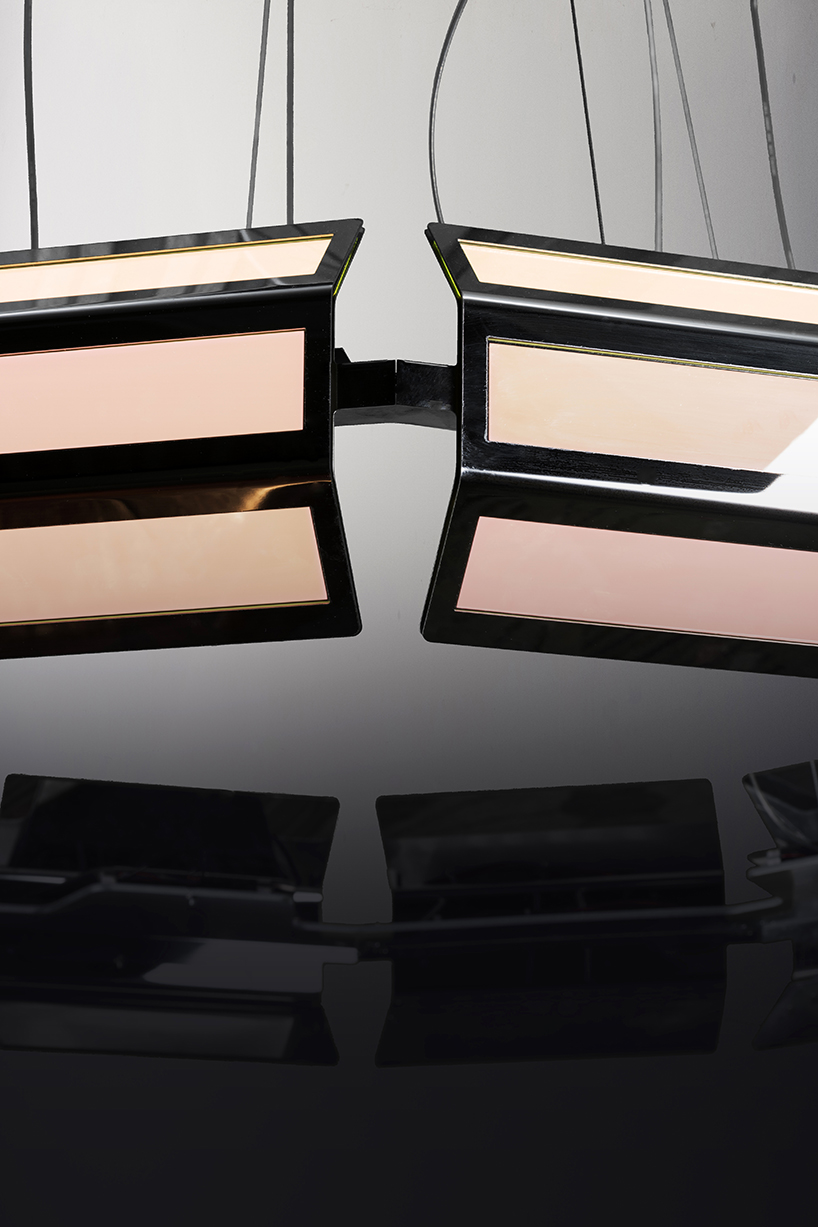 all images by daniele iodice

the OLED’s used in samantha have a reflective surface that gives the object a magical appearance, decorative and at the same time technical. thanks to this feature, the chandelier reflects the surrounding environment even when switched off, creating an unexpected effect that turns it into a shiny object that almost feels alive. the stainless steel structure consists of three independent oled modules that stand out through the sharp angles and materiality. with a light range that changes from red to green and white, ’samantha’ is the perfect addition to any forward-thinking space. 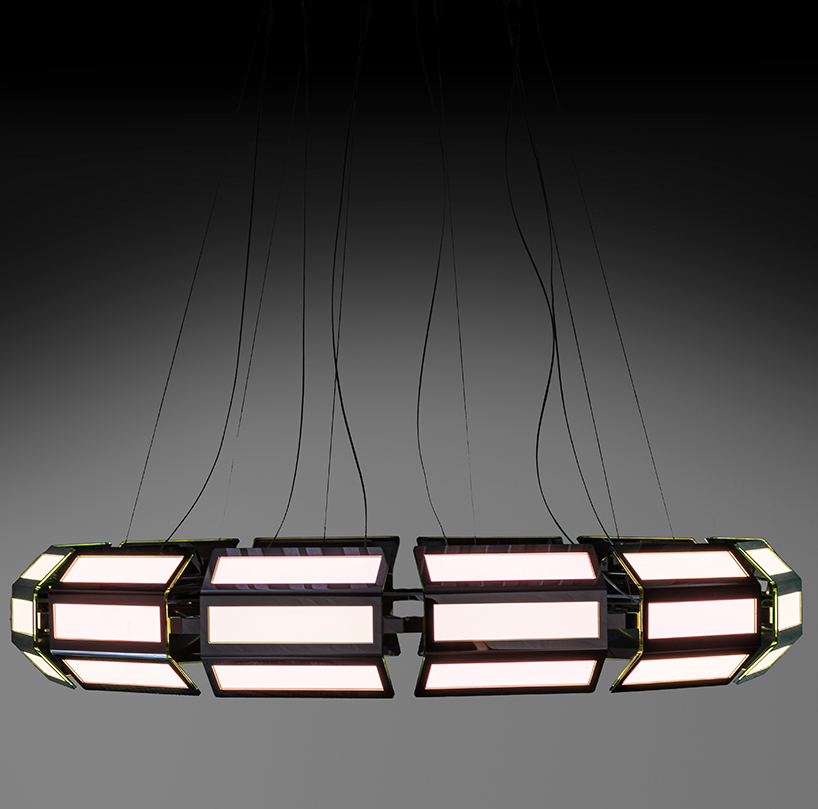 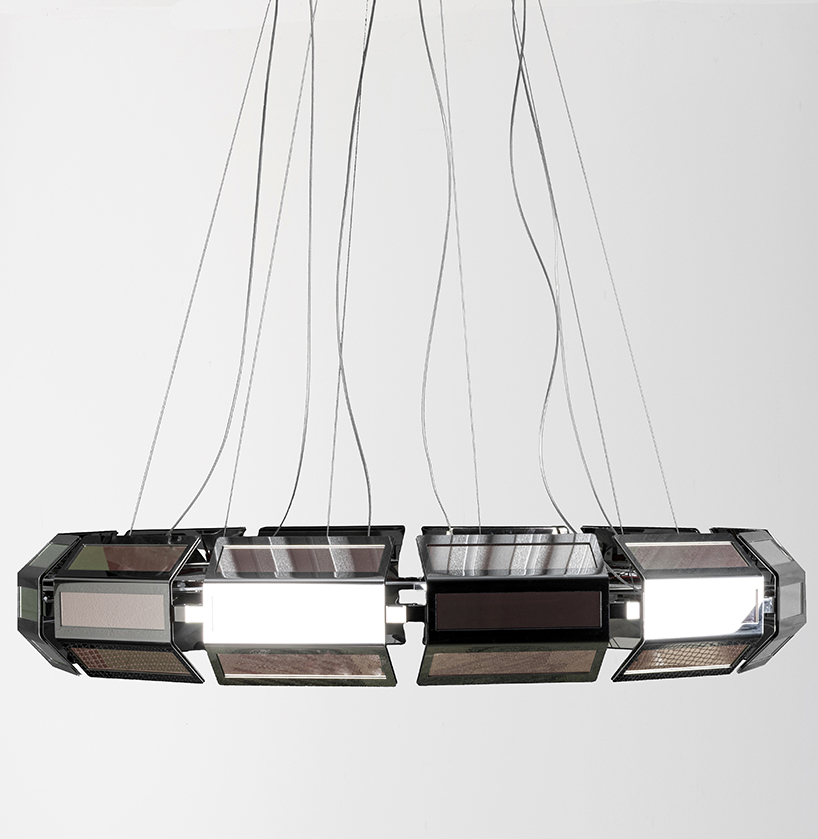 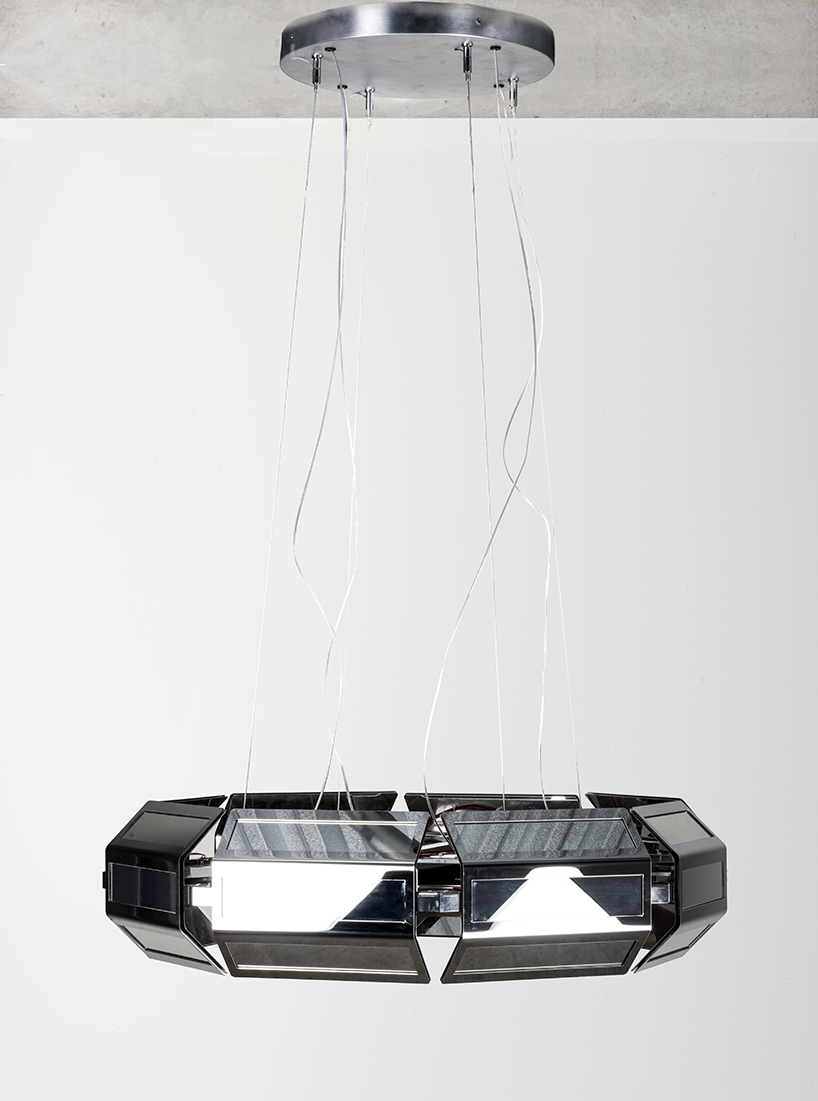 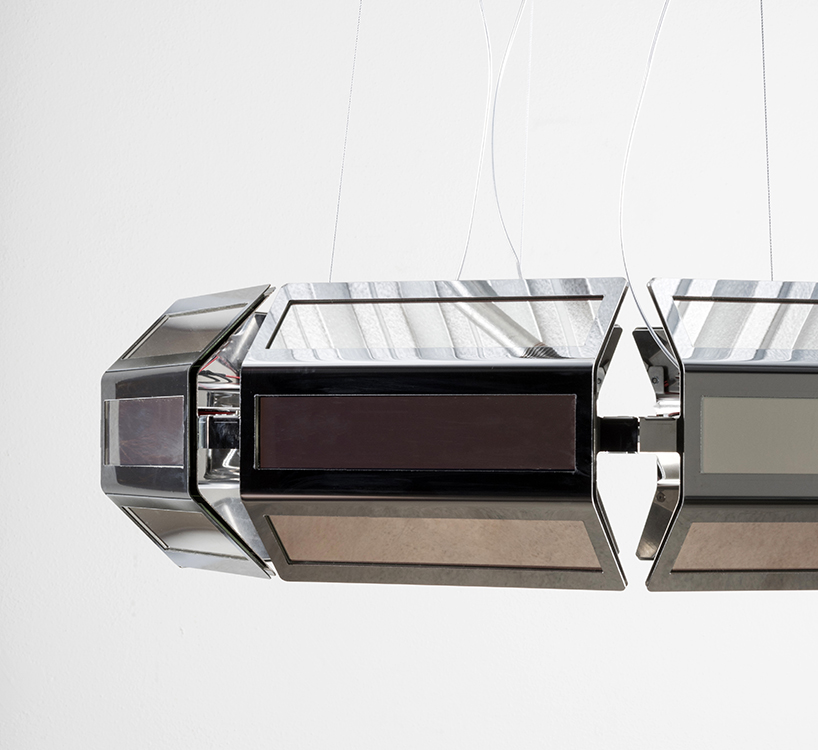 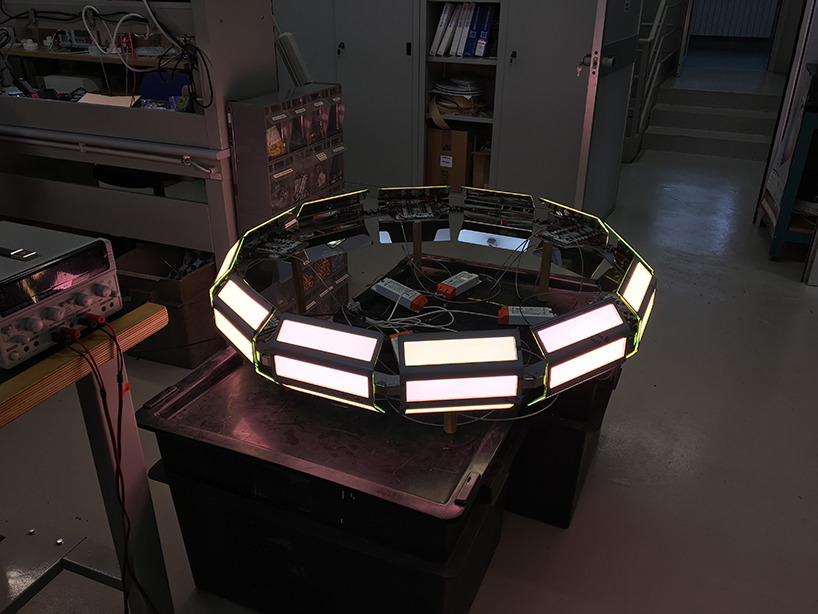 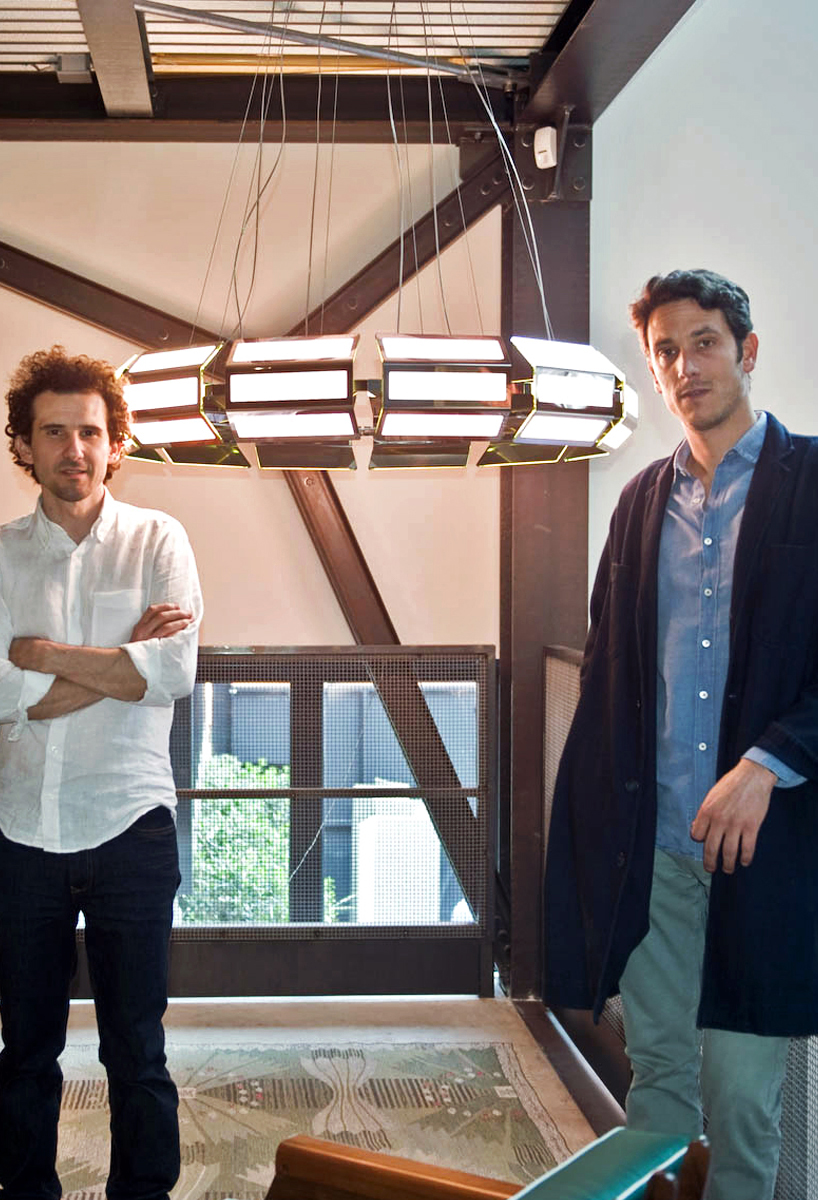