new york based francis bitonti studio teams up with united nude and 3D systems for the release the ‘mutatio’ collection, a wearable project that considers the future of customization, as it relates to technology. each shoe in the edition is completely unique, generated by an algorithm developed by the designer. ‘it’s not so much about making something customizable. I wanted to think of a product as an algorithm,’ says francis bitonti. ‘mutatio’ mixes both new and traditional crafting techniques — the heel of the shoe is 3D printed, allowing for individual results, are plated with gold and finished with a leather upper.

each wearable in the collection is created from varying inputs added to a computer software developed in the studio, the same of which has been used for an accessories collection, to be manufactured by 3D systems and released this fall. 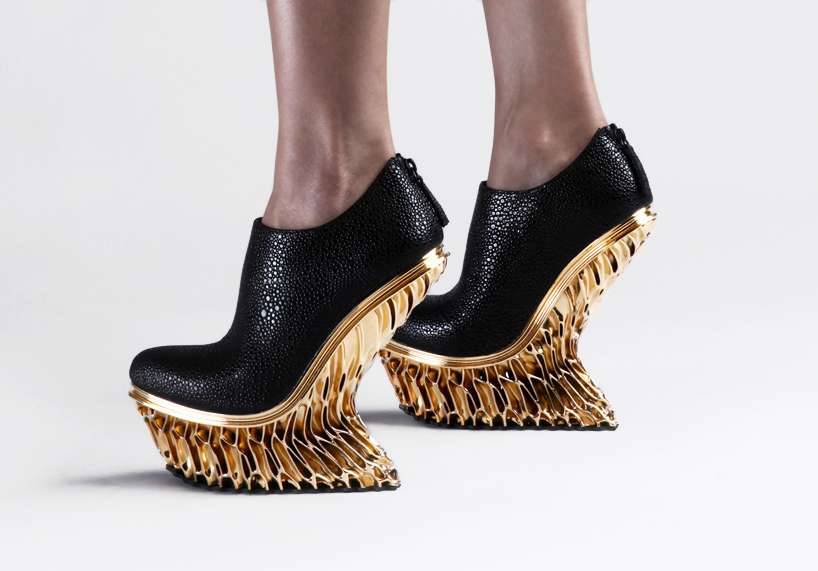 each shoe in the edition is completely unique, generated by an algorithm developed by the designer 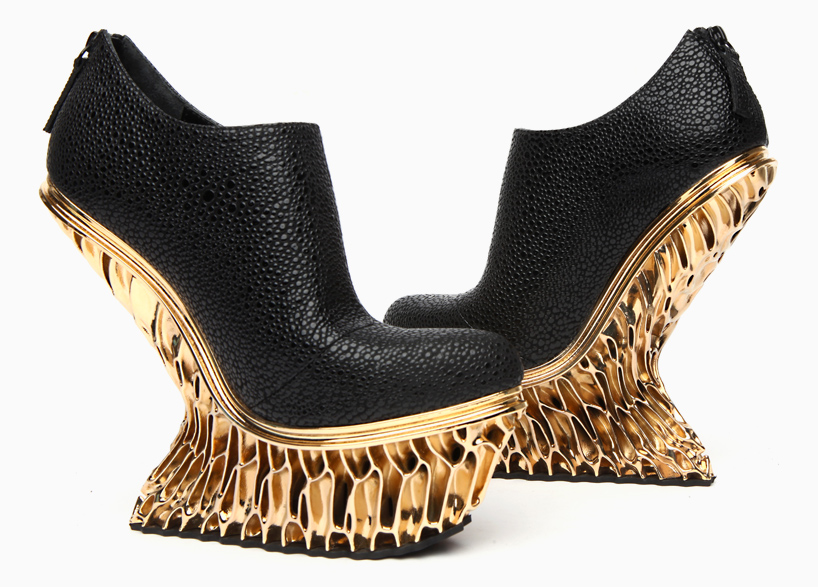 the heels are 3D printed and plated with gold 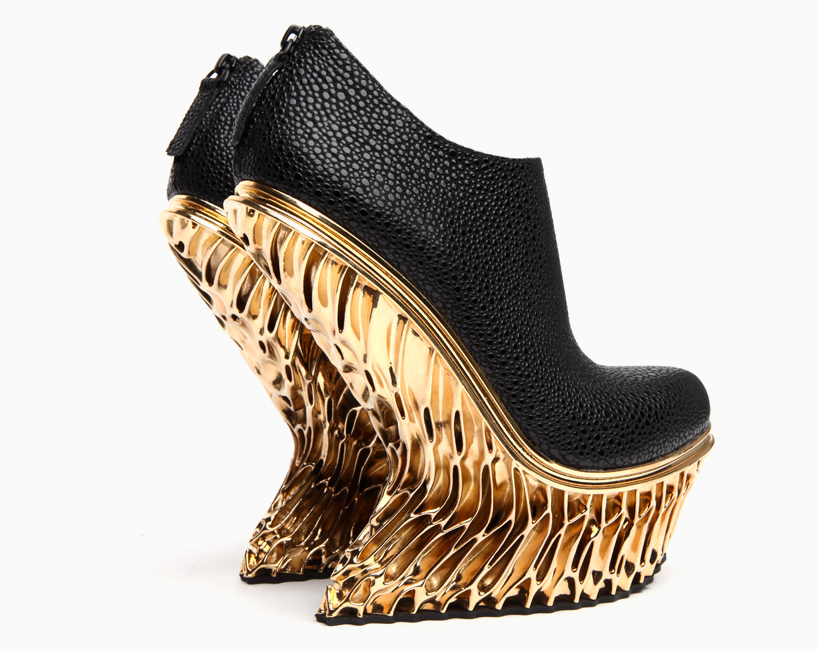 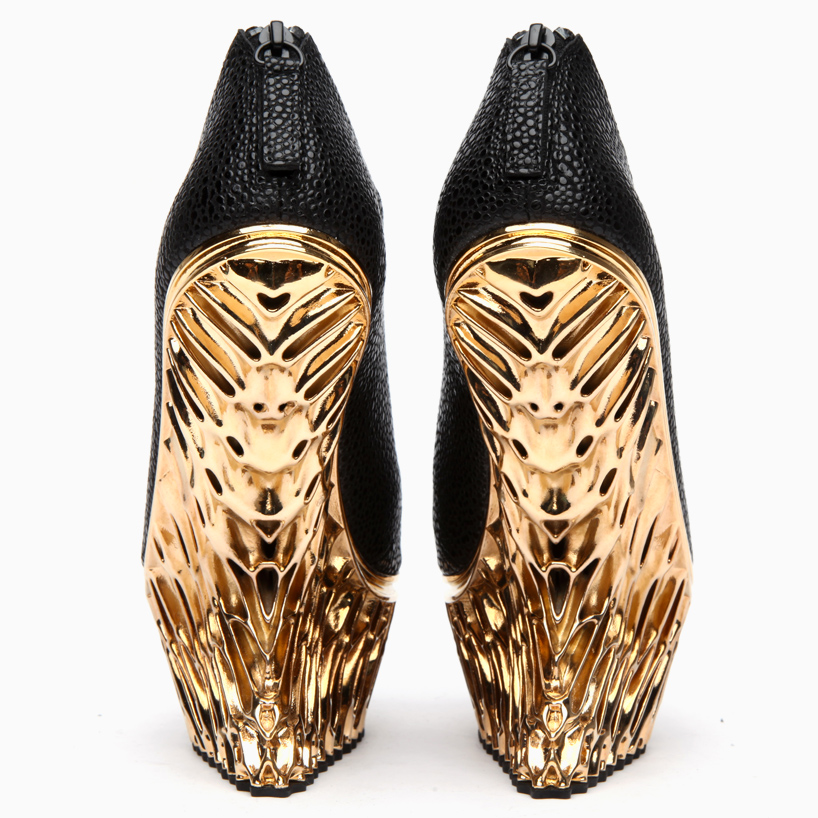 the project considers the future of digital customization, as it relates to technology 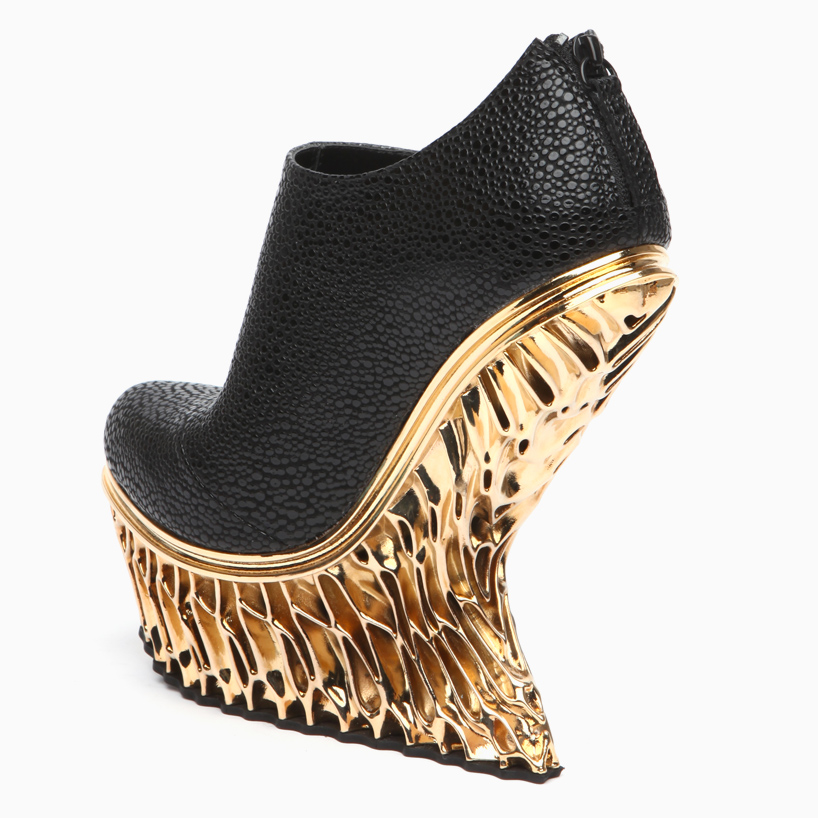 each shoe printed is completely unique, based on the algorithm 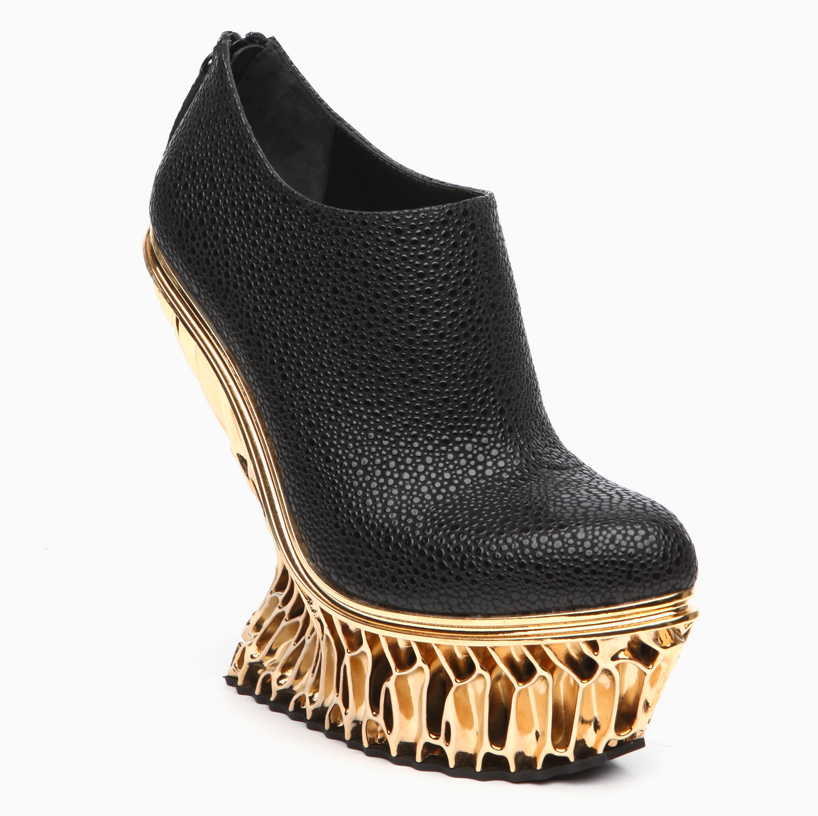 the project blurs the line between design, fashion and technology 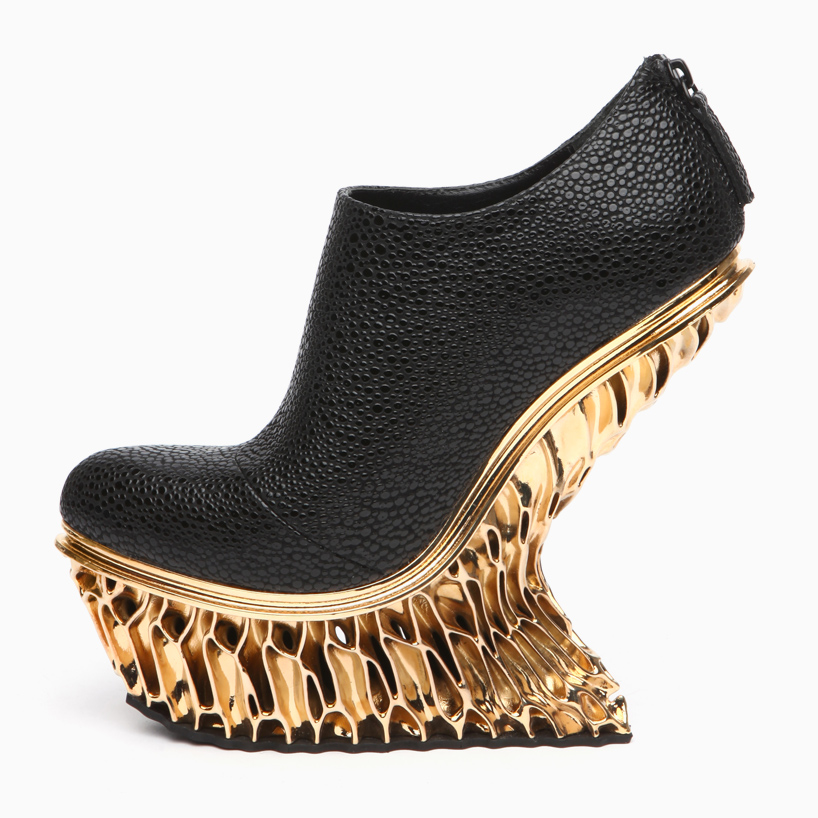 the shoes serve as a new aesthetic language for our environment 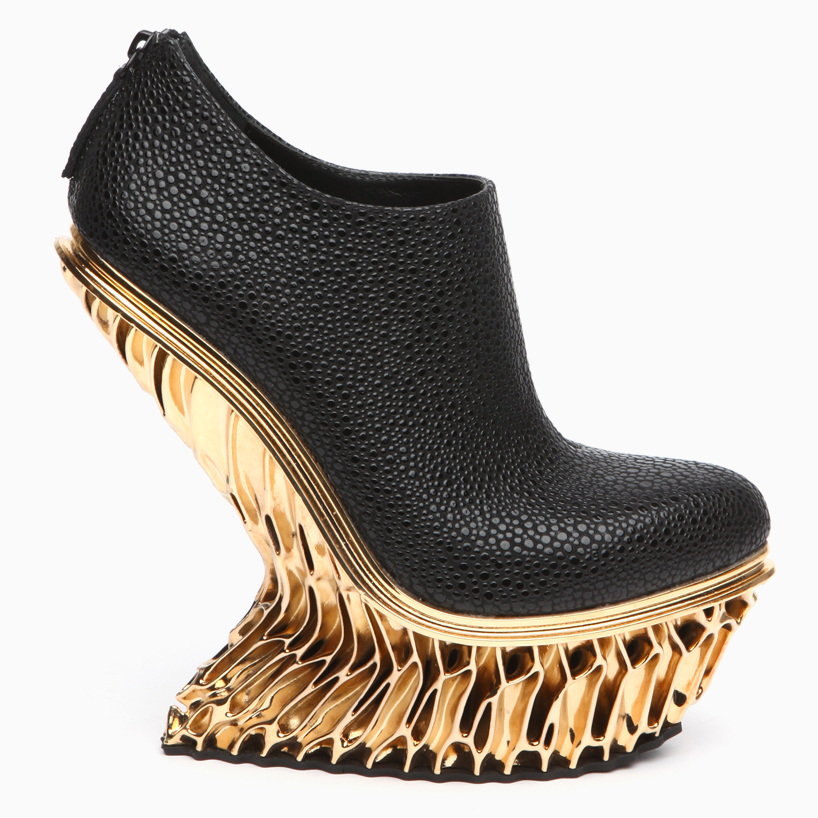 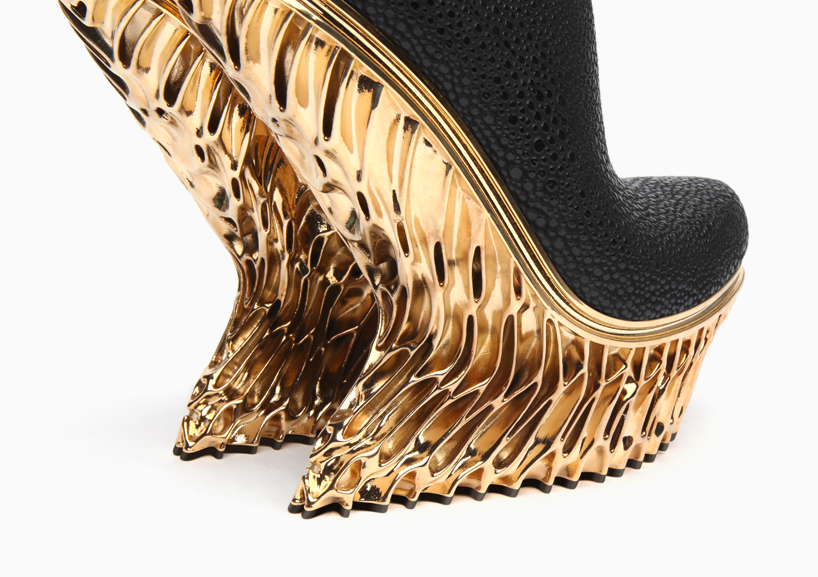