first exhibited in 1965 at the salon de la jeune peinture in paris, françois-xavier lalanne’s sheep sculptures have become synonymous with both taste and irreverence in the worlds of art and design. what is possibly his most recognizable body of work, lalanne’s whimsical and woolly sheep began with the french artist wanting to make a statement with something ‘immodest and slightly embarrassing’. 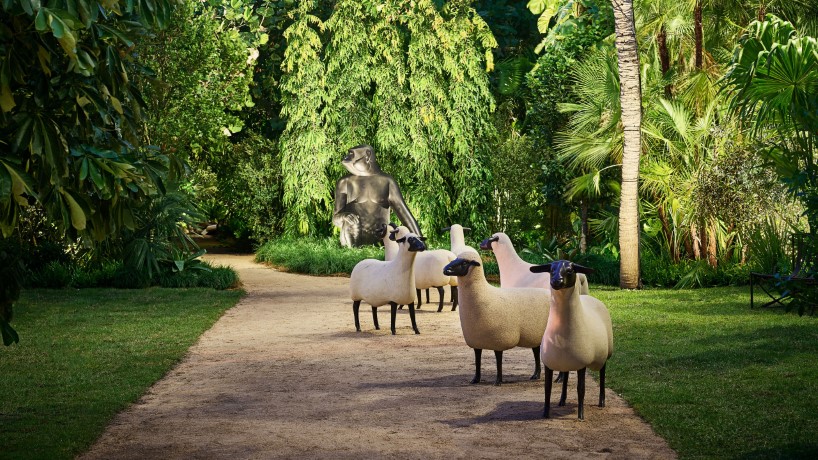 the lalanne outdoor exhibition at the raleigh gardens, miami beach, 2019

when lalanne unveiled his first flock over five decades ago, the 24 functional sheep-shaped pieces made of sheepskin and bronze made quite the impression at the parisian salon. the critic otto hahn raved about the exhibition in 1966 in the french journal l’express, noting that nothing exceptional had been seen there except for lalanne’s work, which he discussed as furniture: ‘the salon de la jeune peinture nevertheless holds one surprise: françois-xavier lalanne’s chairs… he has brought an entire flock of sheep. it is the most amazing thing in the show.’ 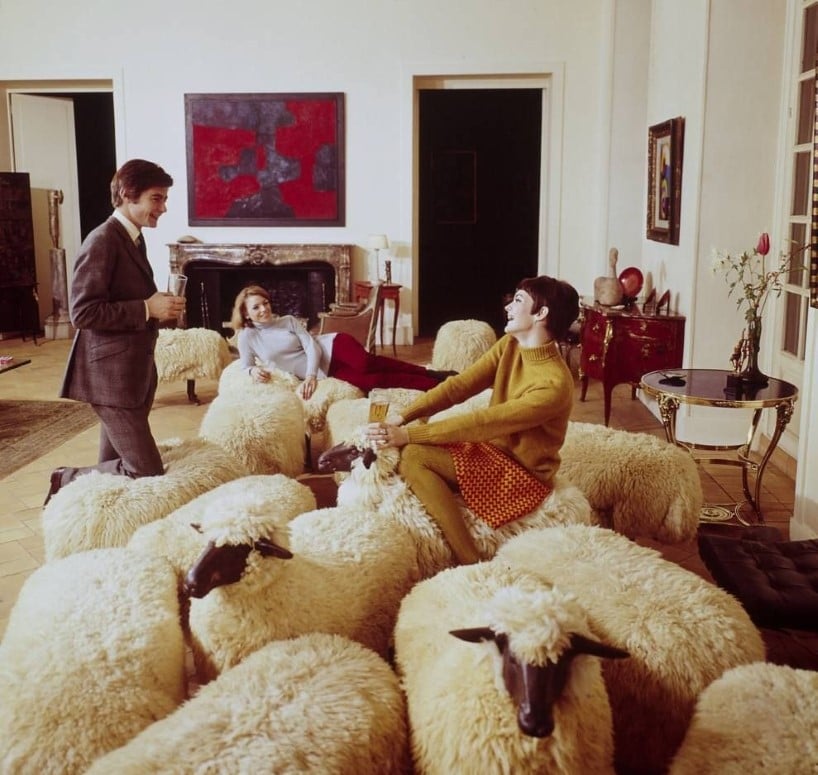 a parisian interior with a flock of ‘moutons de laine’, circa 1970s

motivating the conception of his sheep furniture was lalanne’s desire to bring country life to paris, a city then on the verge of the may 1968 movement, which was about to shake its conservative core. certainly part of the surrealist imagery involved mocking conformity and playfully critiquing the bourgeoisie, whose herd mentality is signified here through the sight of a flock of sheep following each other blindly. 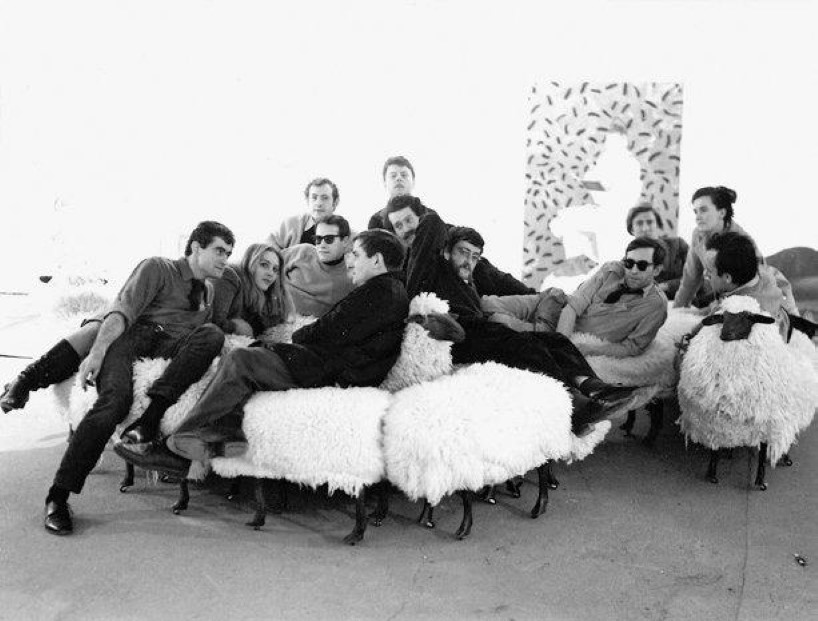 the success of this first presentation prompted lalanne to create additional flocks of sheepskin moutons throughout the 1970s, specially commissioned for private clients such as alexandre iolas, gunther sachs, and the treilles family. in the late 1960s and 1970s, lalanne created a limited number of sheep entirely made with black wool, some offered as a present from the de menil family to the lalannes’ friend, artist bill copley. 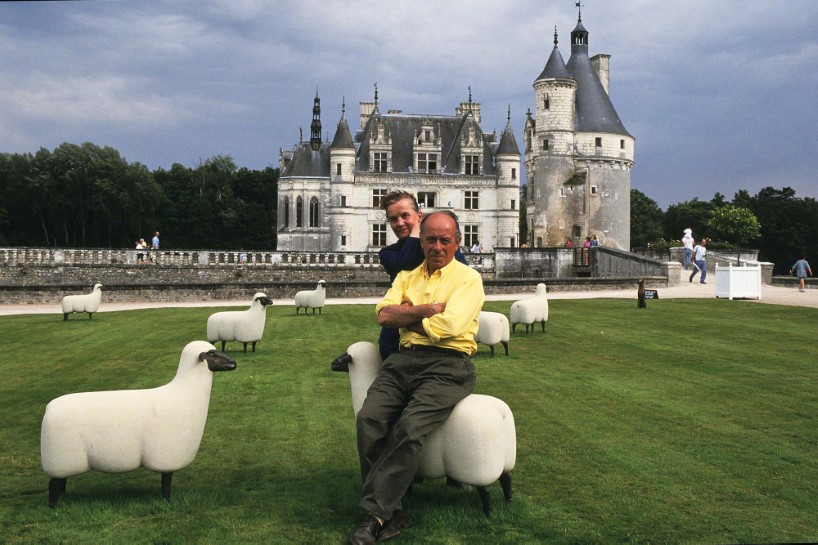 françois-xavier and claude lalanne with the epoxy ‘moutons’

in an effort to best equip the sheep to outdoor settings, where they were often installed, lalanne replaced the sheepskin with epoxy stone, giving birth to the series known as the ‘moutons de pierre’ (or ‘stone sheep’). the model still employed patinated bronze for the face and feet, but relied on an off-white stone to materialize the body. the ‘mouton transhumant’, a sleeker version of the sheep with a discernably longer neck, introduced the ewe to the herd, which he further expanded in 1994 with the creation of the ‘nouveau moutons’ series. in addition to ewes, the 1994 series included brebis, béliers and agneaux as additions to the sheep family. despite their bronze and stone constitution, the flocks were given life-like qualities and the inclusion of new ‘characters’ infused the work with possible narratives involving gender roles and family dynamics. 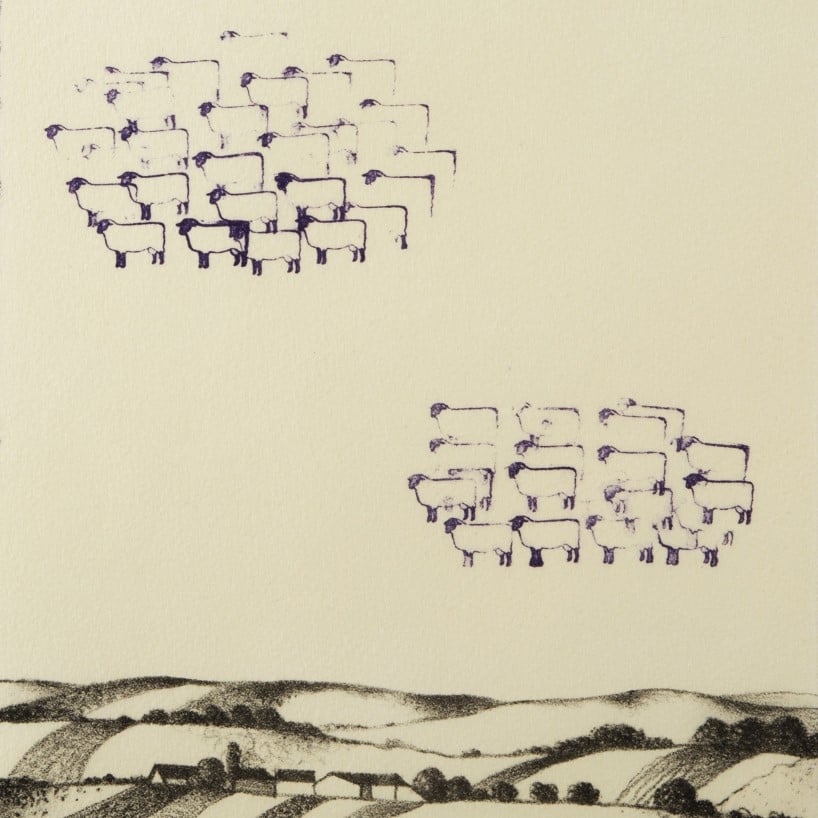 the ‘trois béliers,’ a series of three black bronze-fleshed rams from 1990, prefigured a series of gold sheep commissioned by peter marino over a decade later, the latest variation on the motif playing on the idea of the golden fleece from the mythological story of jason. nine of the ‘moutons de peter,’ peter’s sheep, greet visitors majestically at the entrance to the garden of his southampton home. marino was also involved in the design of the recent public exhibition of les lalannes at the raleigh gardens in miami beach, the largest-ever outdoor public exhibition of their work.

spanning over five decades, the lalanne sheep has become a signature piece for art collectors and design enthusiasts, achieving record prices at auction and embodying the pinnacle of contemporary animalier style. these figurative sheep sculptures represent just a small fraction of a monumental and tremendous oeuvre revolving around the creation of an imaginary bestiary, which was shared with the artist’s lifelong partner and artistic collaborator claude lalanne, who passed away just a year ago in 2019.

existing at the frontier between sculpture and furniture, lalanne’s various ‘moutons’ question the traditional boundaries separating art from furniture, and provide us with a new paradigm to reframe this century-long dichotomy. the extraordinary variety of sheep produced by françois-xavier lalanne, each iteration unique in its creative disposition, have certainly contributed to their increasing desirability over time and have settled in the homes of prestigious second-generation collectors. 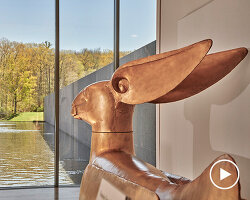 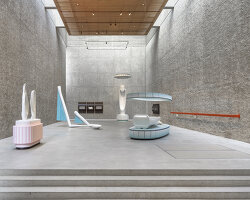 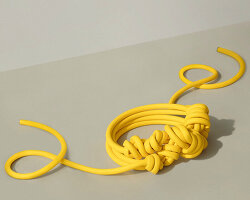