the pritzker prize-winning architect frank gehry created the first of his renowned fish lamps in 1983, after the formica corporation requested he find ways to use the firm’s new laminate product – ColorCore. after experimenting with the material, gehry noticed that the broken pieces looked like fish scales, and from there on the renowned designs continued to evolve, with pieces becoming part of collections of the likes of jasper johns.

gagosian gallery presents the sculptural works of one of the most celebrated architects living today – a selection of gehry’s latest lamps to be shown in los angeles and paris, reflecting upon the fish as one of the most recurring icons throughout gehry’s work. the curvilinear form of the fish has been referenced in the guggenheim museum in bilbao, spain (1997); the jay pritzker pavilion in chicago (2004); and the marqués de riscal vineyard hotel in elciego, spain (2006) as well as the ‘fish sculpture’ at vila olímpica in barcelona (1989-92) and ‘standing glass fish’ for the minneapolis sculpture garden (1986).

the softly glowing ‘fish lamps’ are are fixed to poles or wall sconces, while others can be placed on any existing horizontal surface. the forms elegantly curl and flex to suggest motion, while emitting a warm, incandescent light. 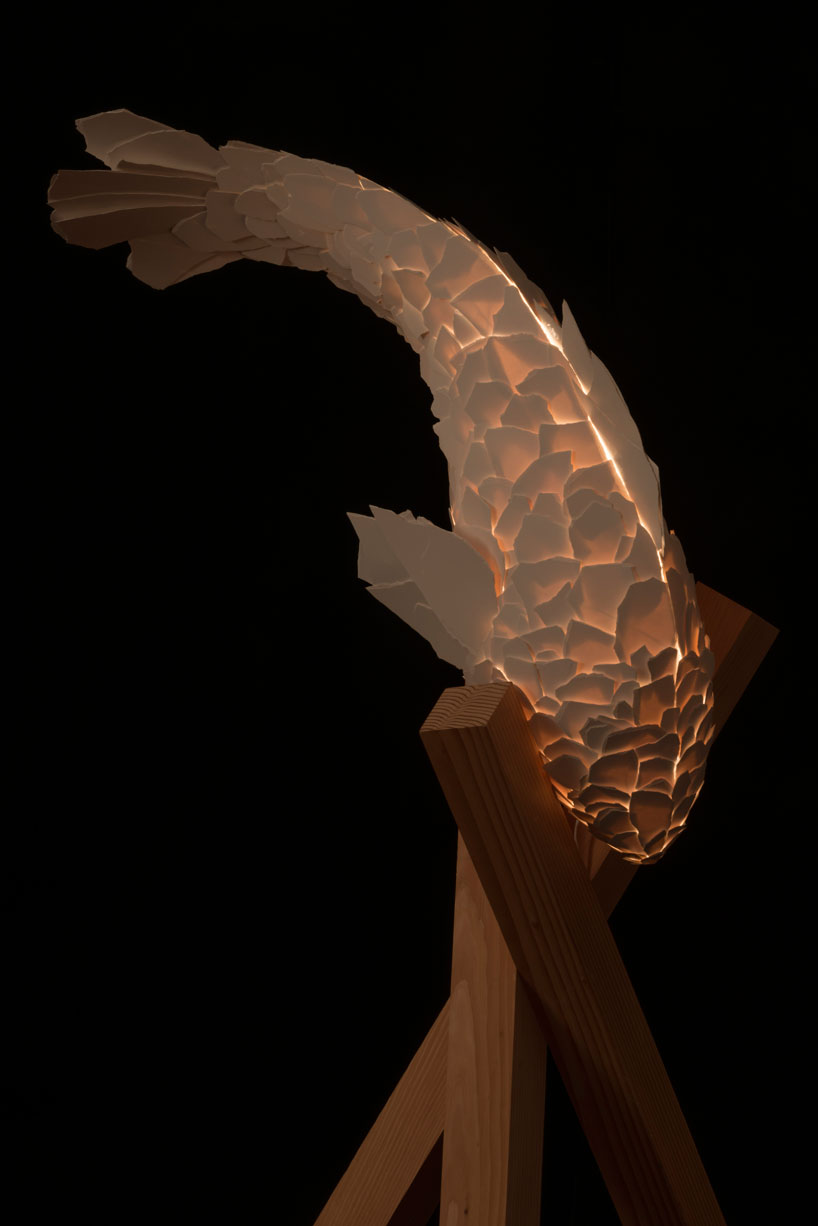 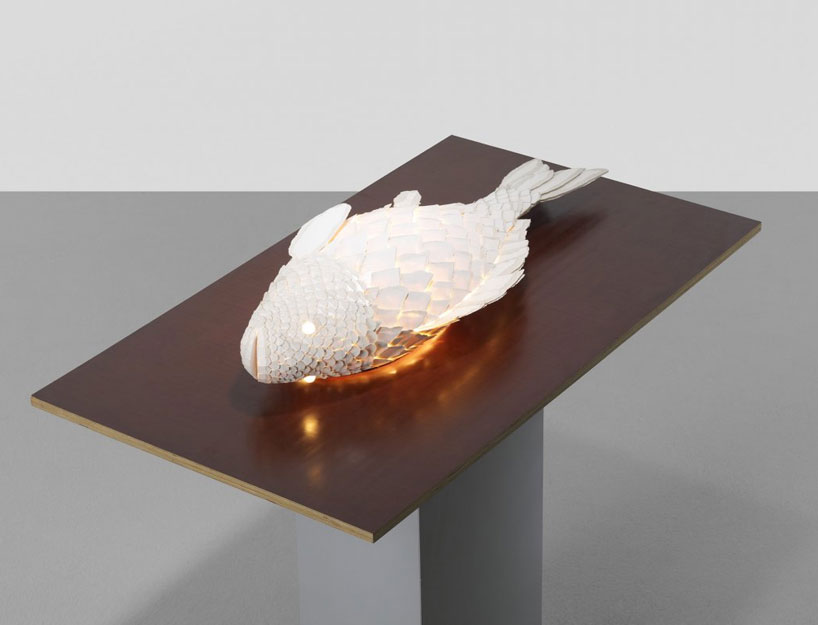 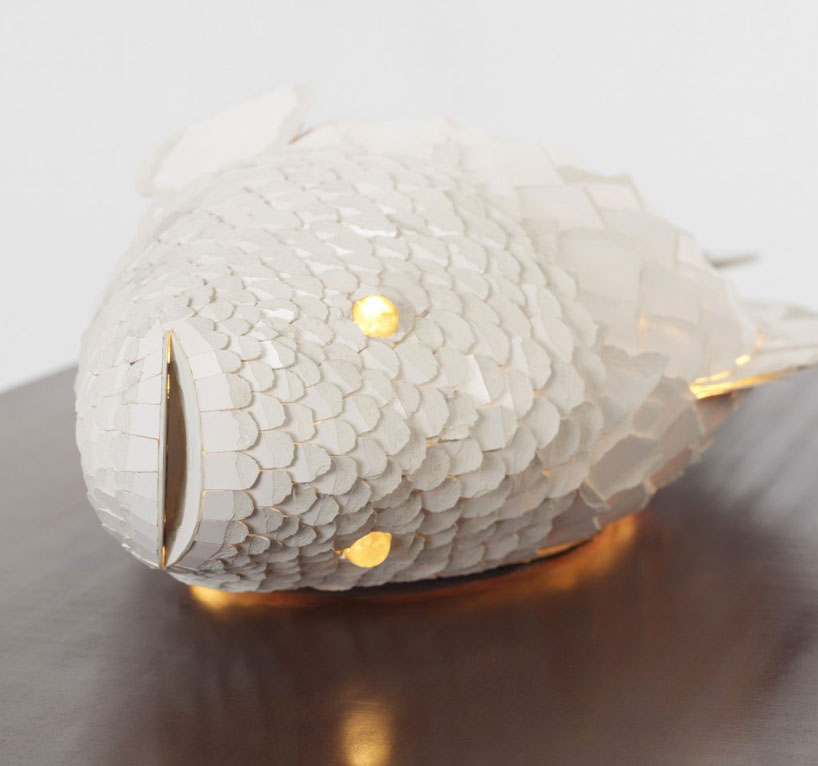 the fish is one of the most recurring icons throughout gehry’s work – architectural and scupturalimage courtesy galerie schmela, dusseldorf