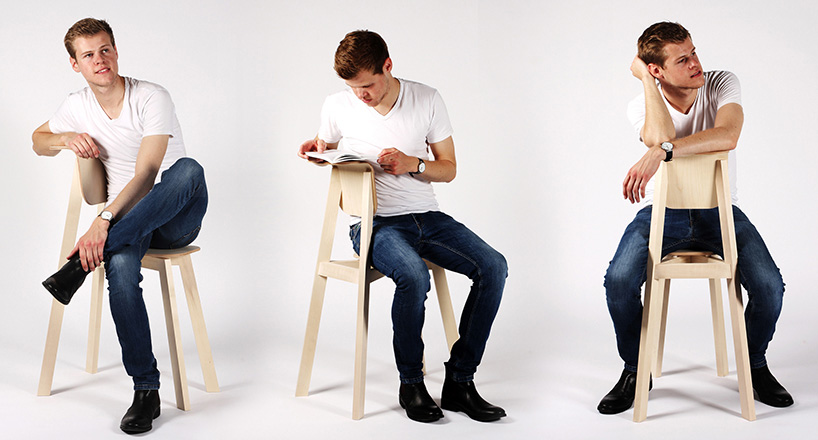 how do we actually sit? do we really need the whole seat or a classic backrest? is there always a front or a back? this questioning of known typologies and standards is fundamental in the design process of frederic julian rätsch. ‘it is not about making just new and pleasing things, or even for a fashion trend, but rather about driving forward an evolution of things. in doing so, it is necessary to fathom out and change boundaries,’ he says. the ‘tool chair’ is a furnishing by rätsch that follows this mindset, enabling and provoking flexible seating.

on average, we sit for approximately 9.3 hours per day – much more than we stand, walk, or lie. sitting permanently in one position is unhealthy and can sap one’s energy. the project has been developed to help the user remain concentrated, as opposed to providing a location for relaxation. in order to do so, a bent plate on the side offers support, be it as an arm rest or backrest to hold on to, to rest on, or place an object. the seat, with its narrow platform and high placement, cultivates the habit of sitting on the edge of a surface. with its rounded sides and edges, it does not prescribe a specific posture or position and allows the sitter to move in any direction. these qualities are not extrapolated immediately, but rather, they have to be discovered. this involvement increases the ‘potential for identification’. 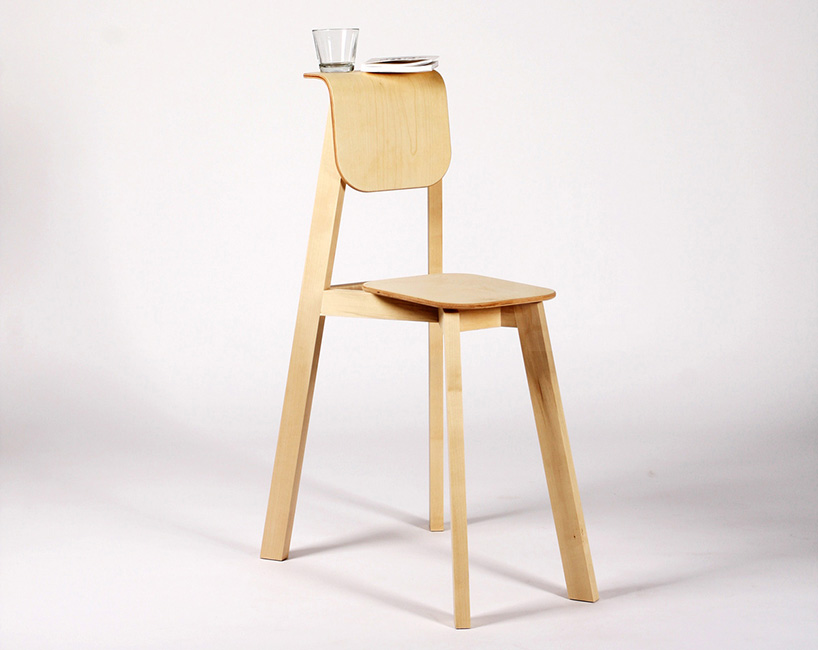 the ‘tool chair’ is the result of the bachelor thesis on the subject of ‘serial production – a restriction’. in addition to the theme of agile seating, the work’s focus was the precise multiplication of a product with the tools of university’s workshop. the concept and design were continually tested and adapted with the necessary processes in mind. 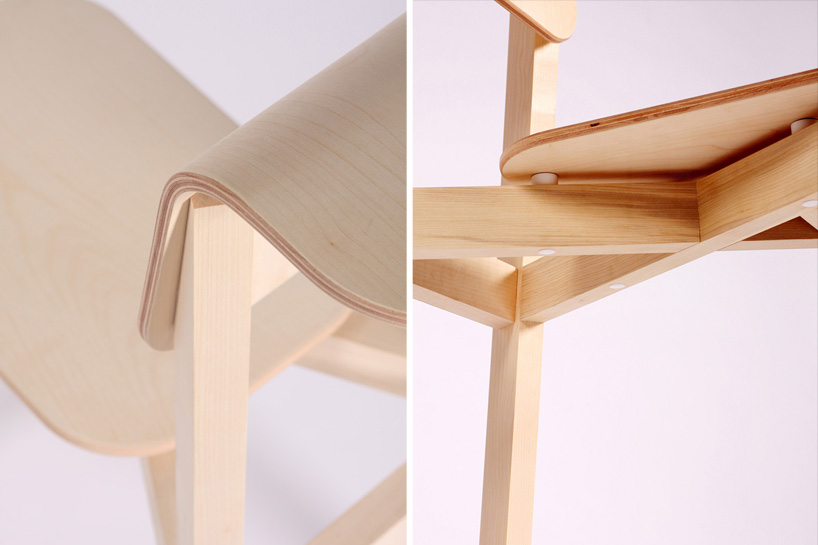 the restriction was taken as a chance for simplicity and clarity. the creation is characterized by straight maple wood slats, which are cut at special angles and glued afterwards. tools for the reproduction of components were built in order to manufacture several chairs in a standardized process. 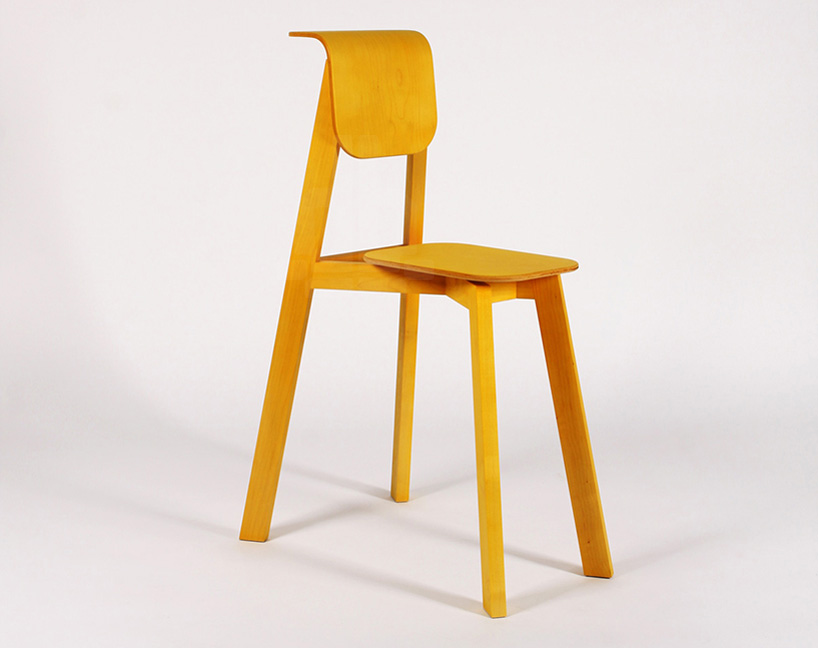 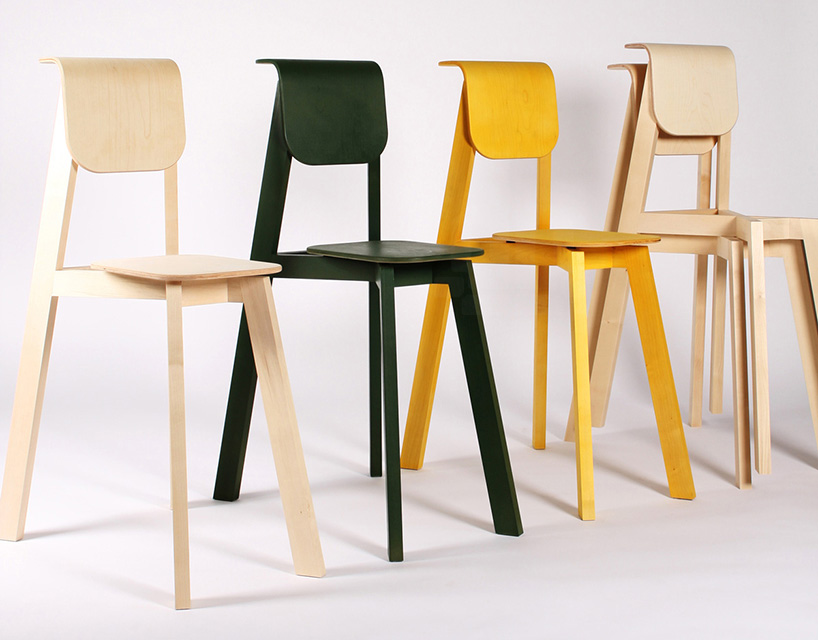 individual colors within the standardized manufacturing process are important 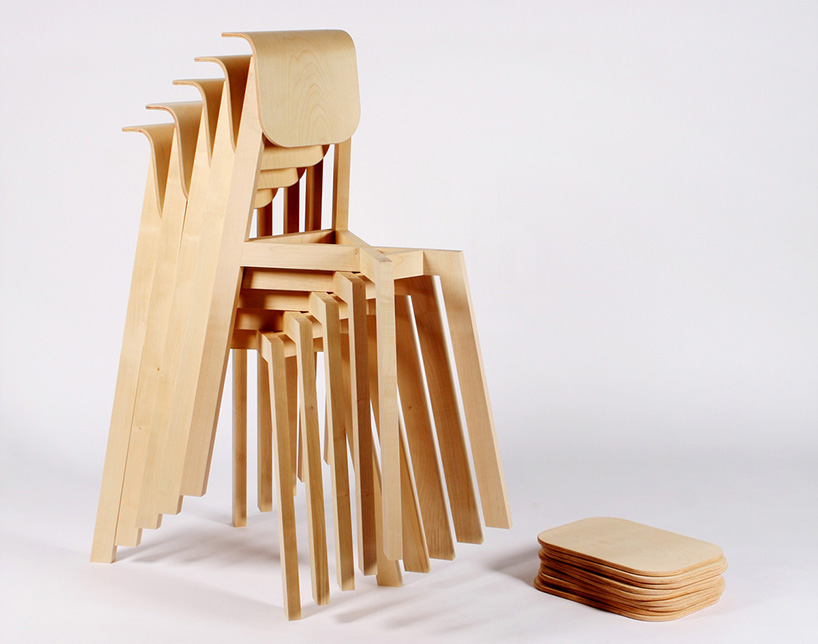 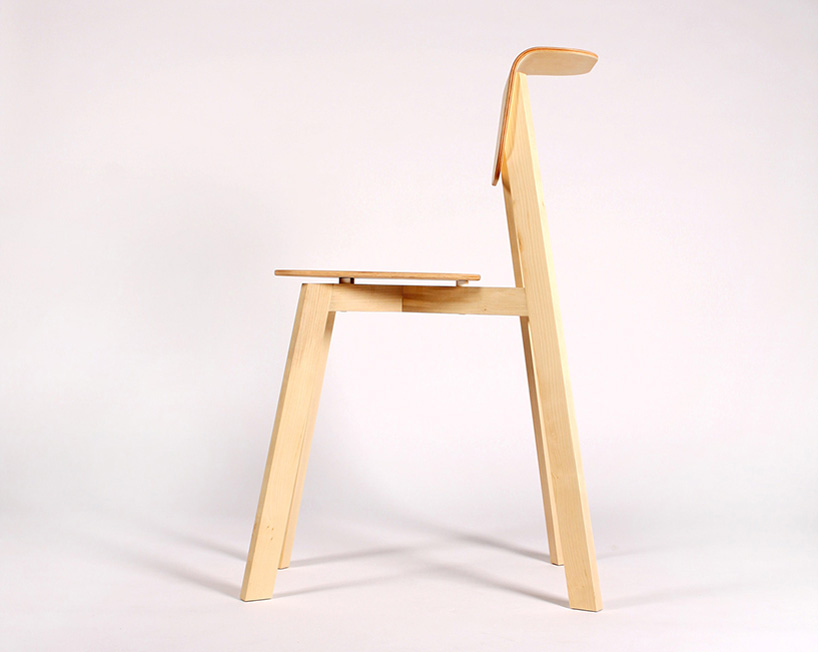 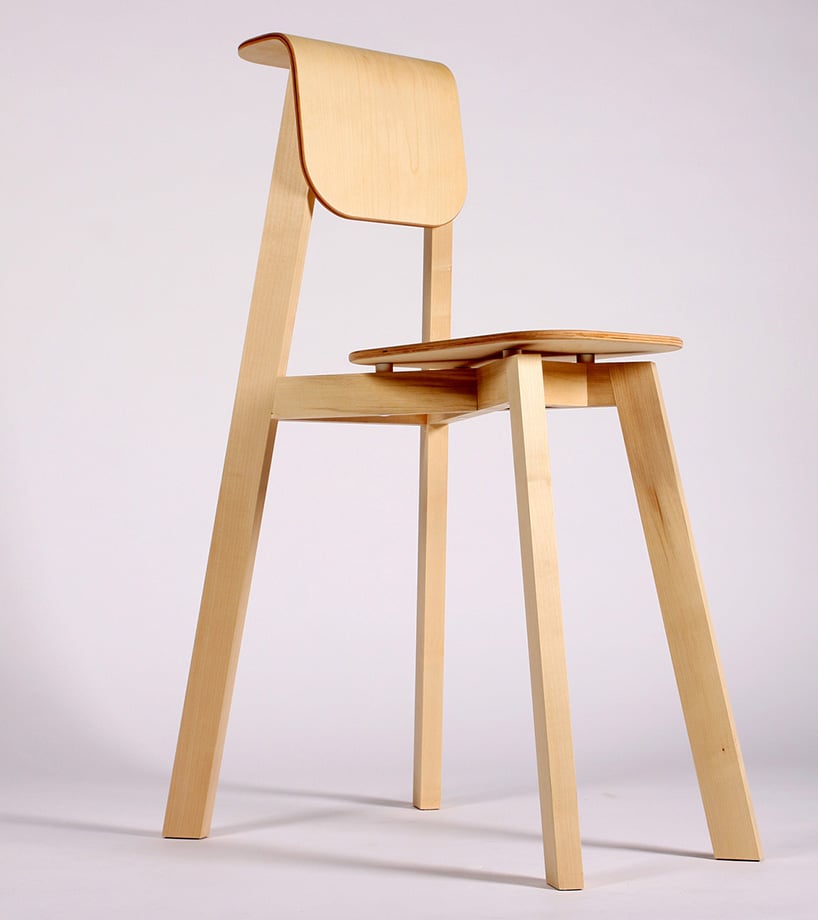 the seat is slightly lifted 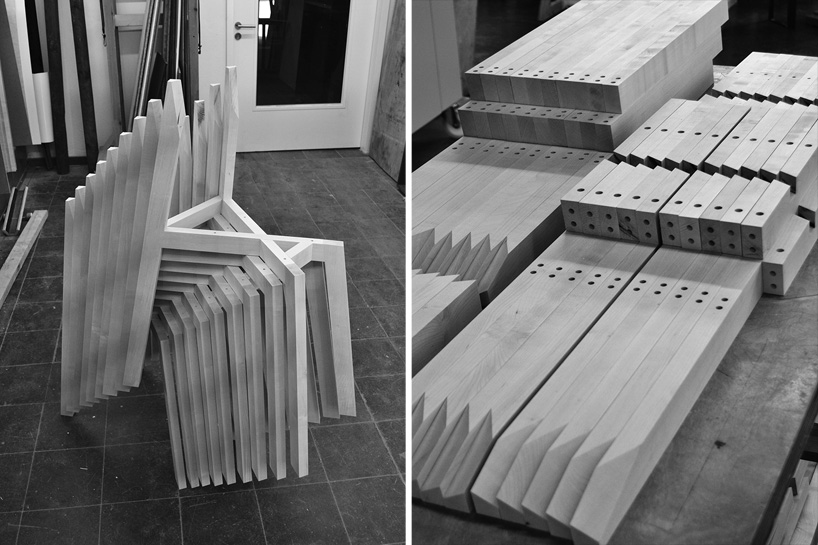 the pieces of several chairs in serial production 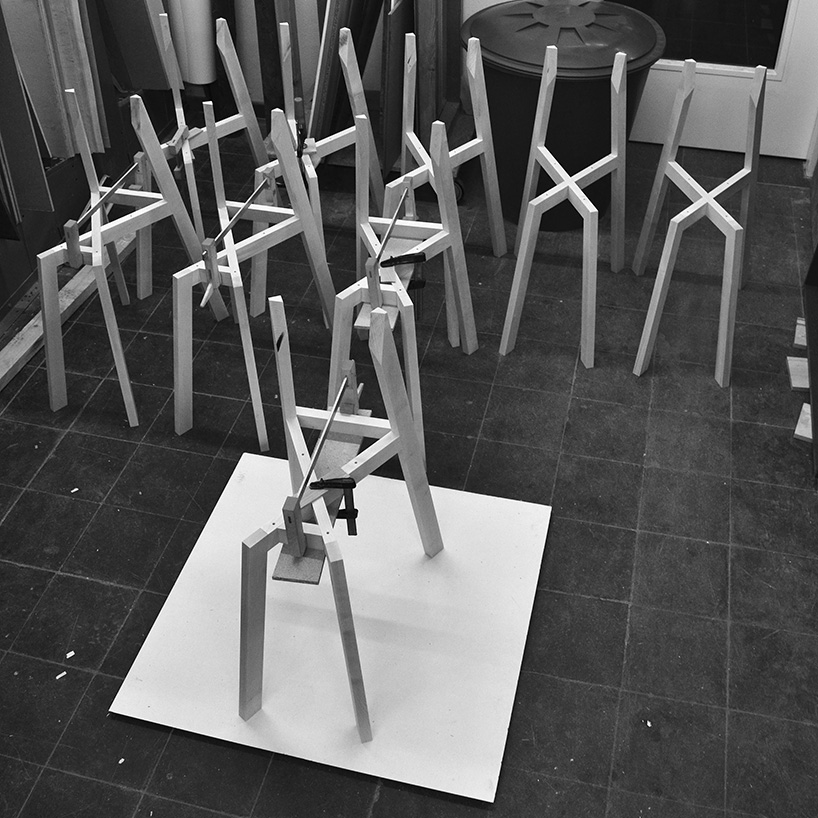 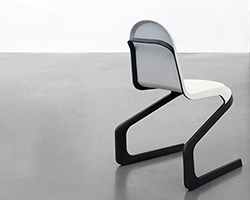