‘re:cover chairs’ by swedish designer fredrik färg are bespoke dresses for old chairs. the project looks to the beauty of shapes whose aesthetic never goes out of style. färg was influenced by the classic tailoring of garments such as suits and jackets. collecting old chairs from flea markets, he removes their backrests, replacing them with a new textile structure indicative of a jacket collar and made from polyester felt. 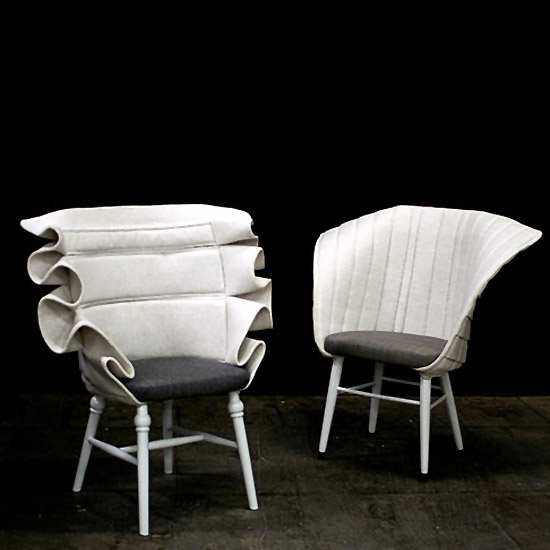 the newest collection of white ‘re:cover’ chairs were presented at this year’s stockholm furniture fair and modeled at the designwalk senab – a show by fredrik färg and erika janunger – during the event. designboom previously wrote about the first collection of gray re:cover chairs by färg presented at salone satellite 2009. 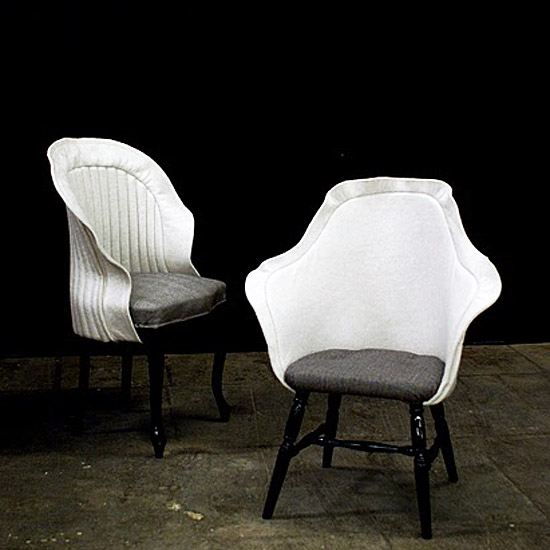 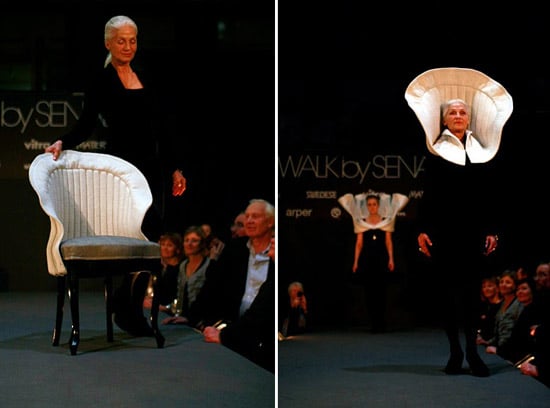 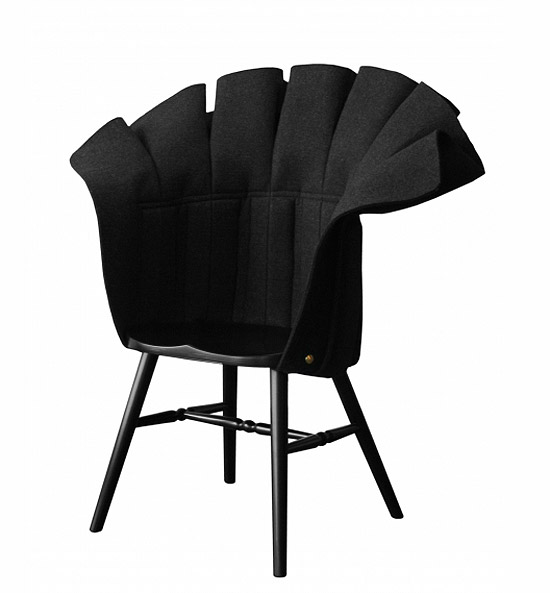 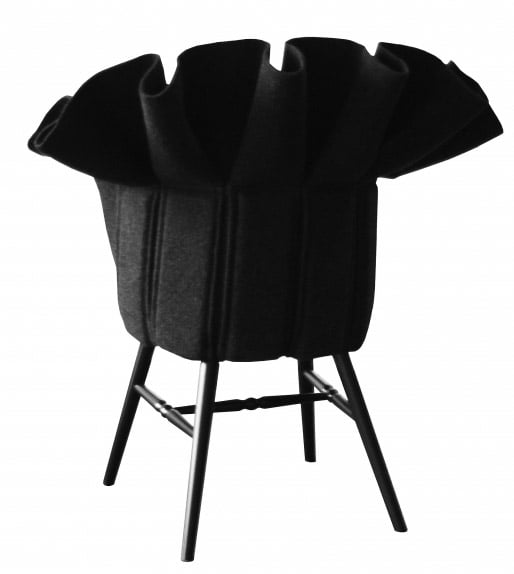 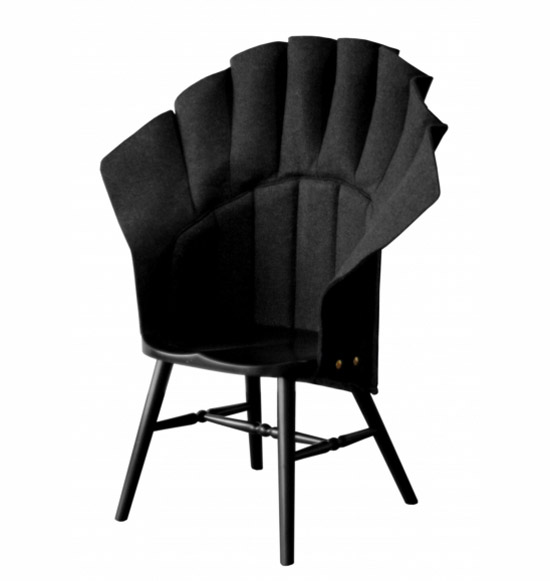 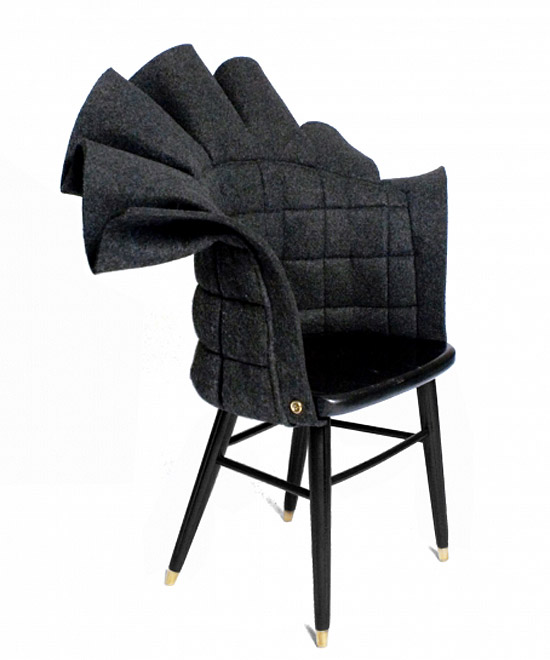 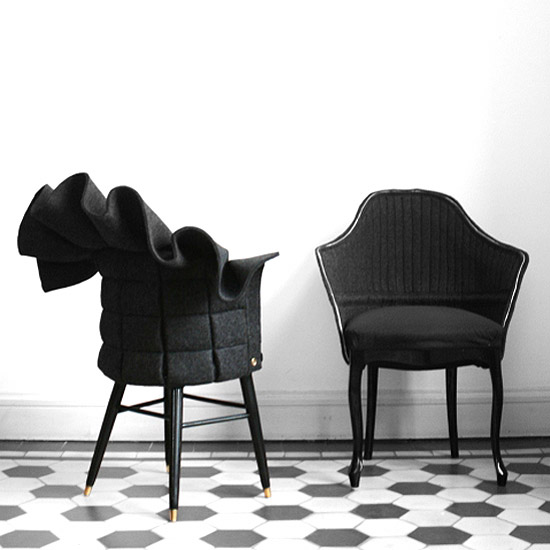 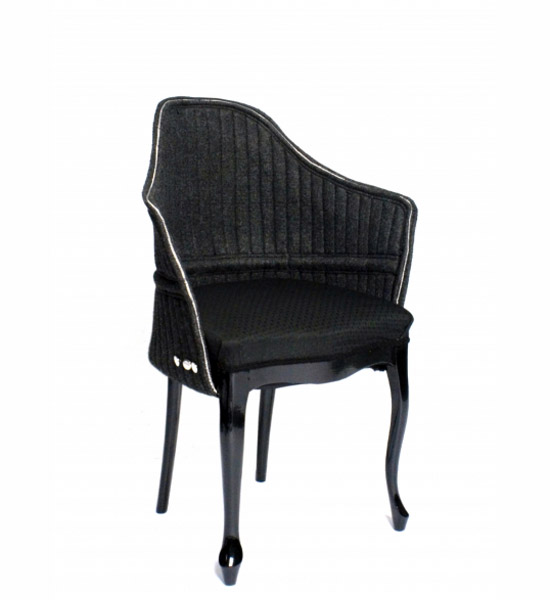 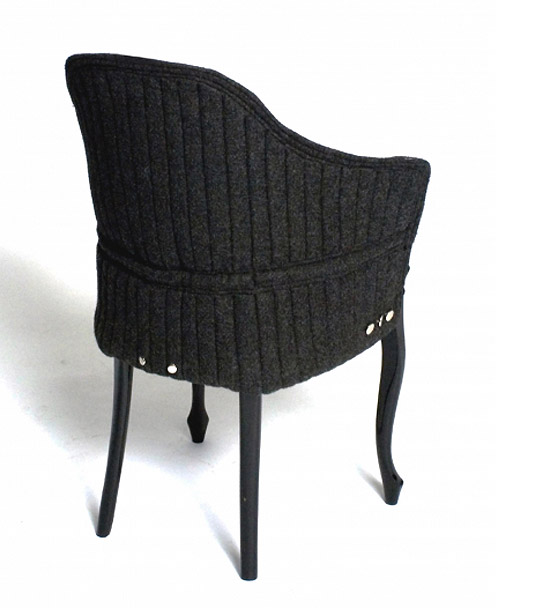 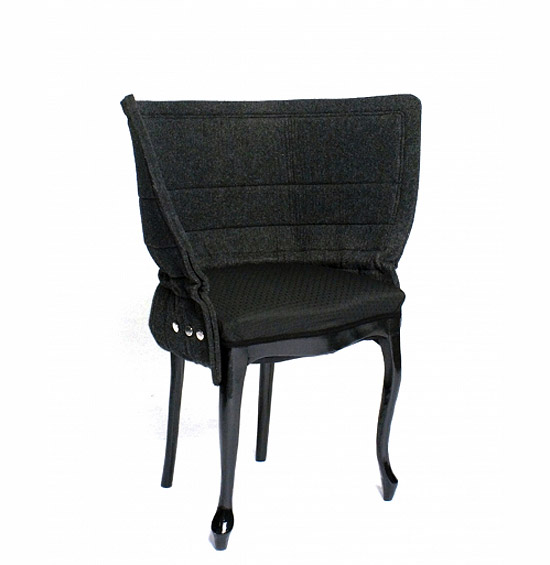 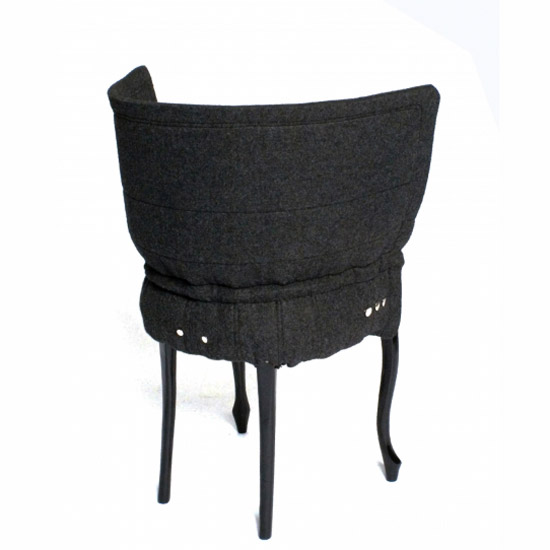 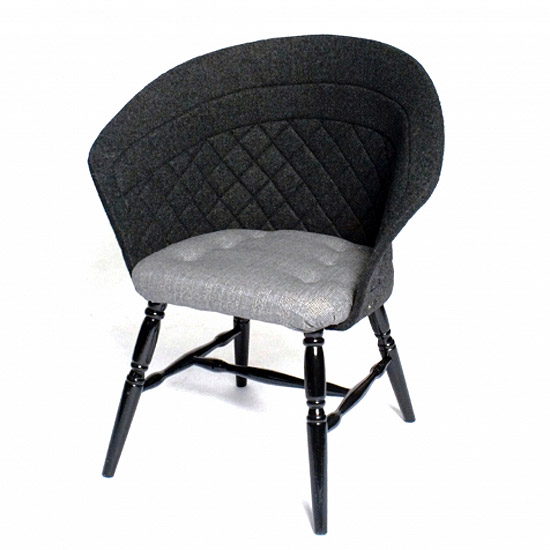 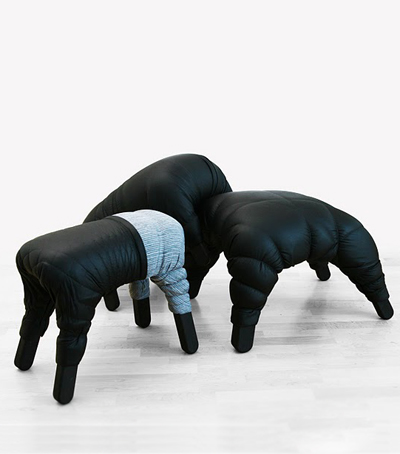 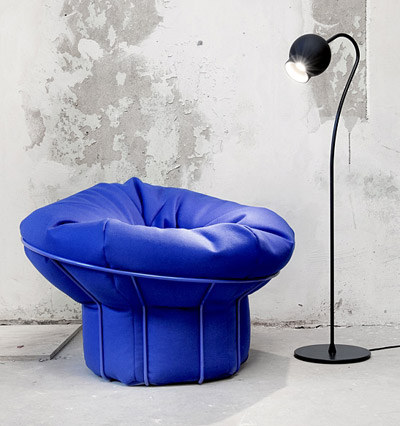 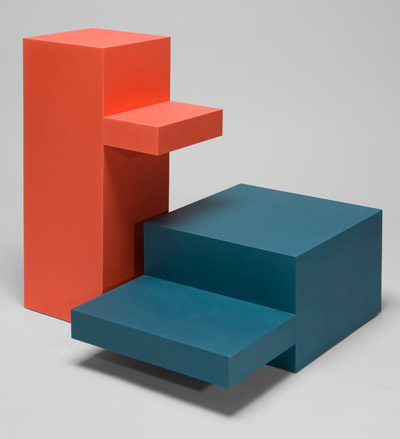 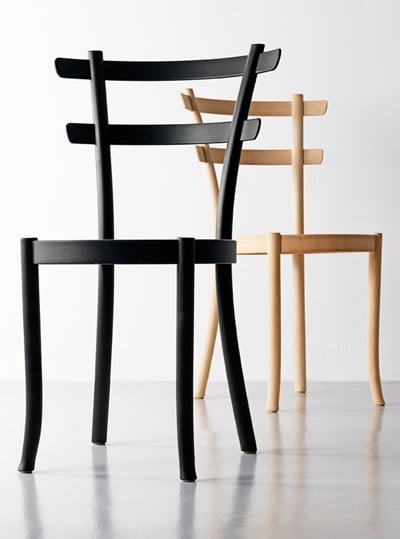 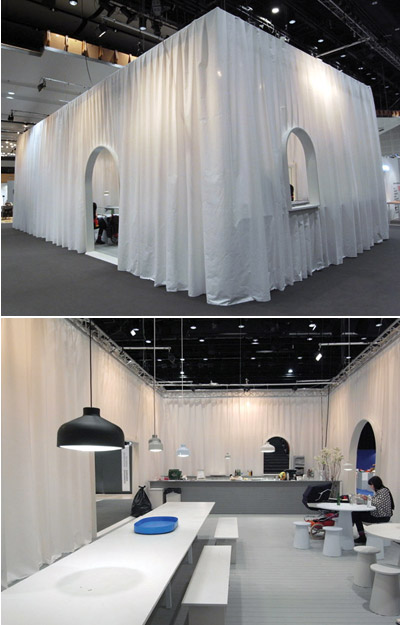 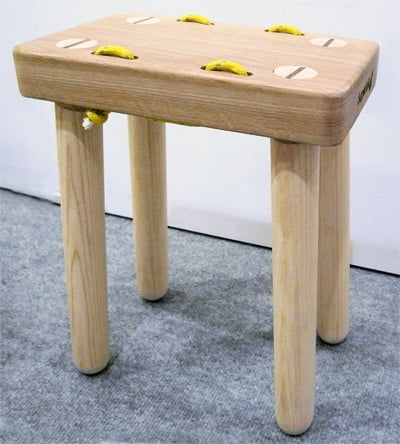