swedish designer fredrik färg has created ‘succession’, a collection that looks to reproduce the spirit and anatomy of animals from a time long ago. with a strong sense of movement and motion, the stools – which are individually produced through a series of processes – seem as though they could come to life at any moment. 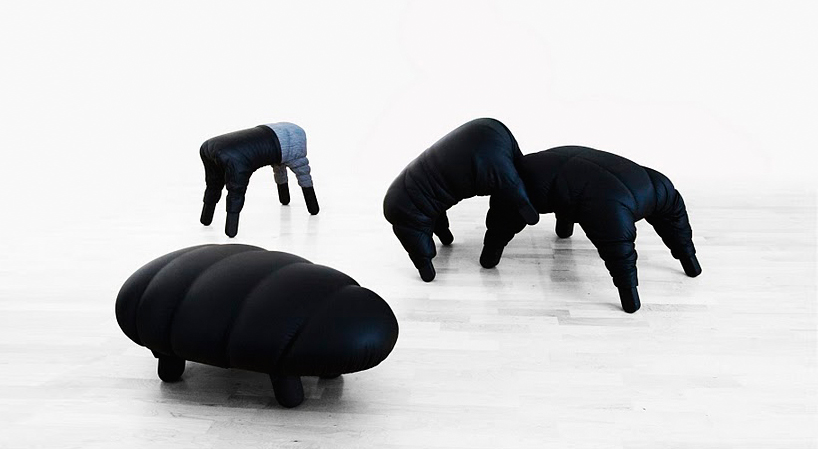 dark leather wraps a uniquely composed material which dressed in various textiles and tied with ropes before being baked. the result is a jarring and seamless pattern that is as brutal as it is refined.

the limited edition pieces will be on show as part of the exhibition 20 designers at biologiska at stockholm furniture fair from february 9-12, 2011 which färg co-curated with emma marga blanche and hanna nova beatrice. 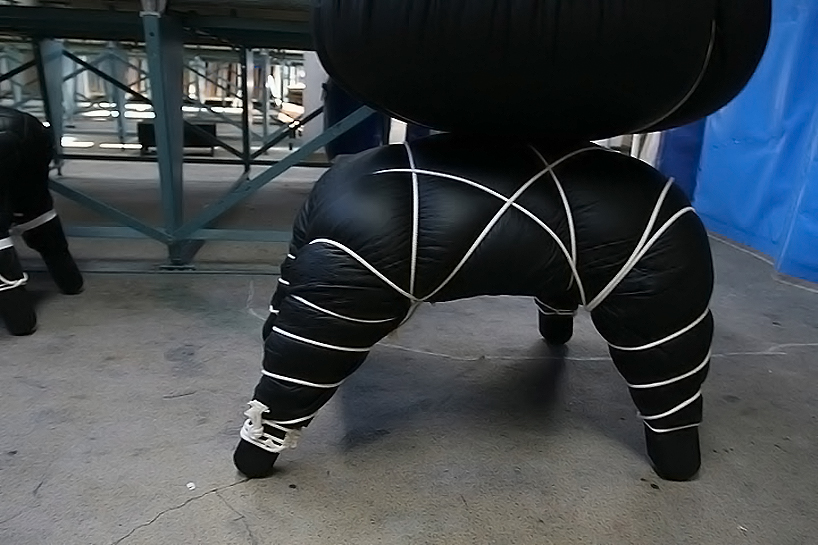 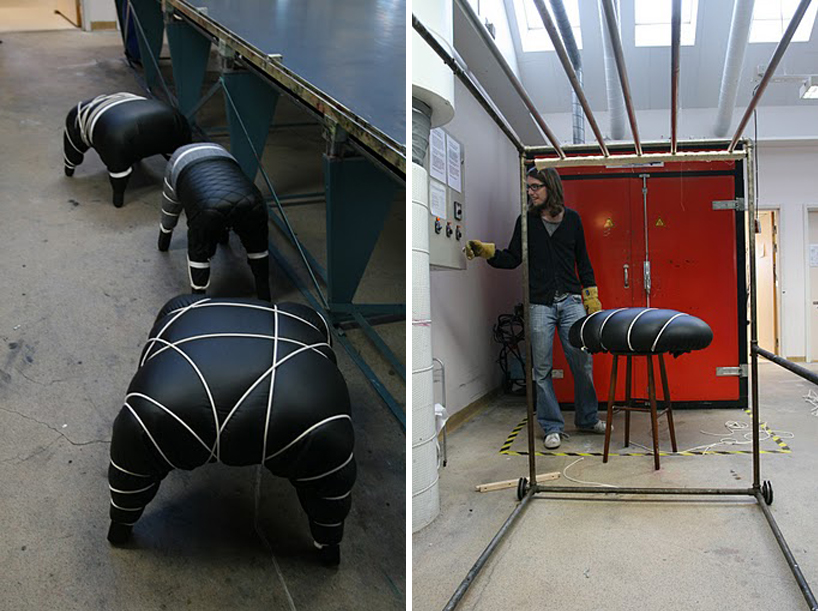 each stool is unique in its size, shape and pattern 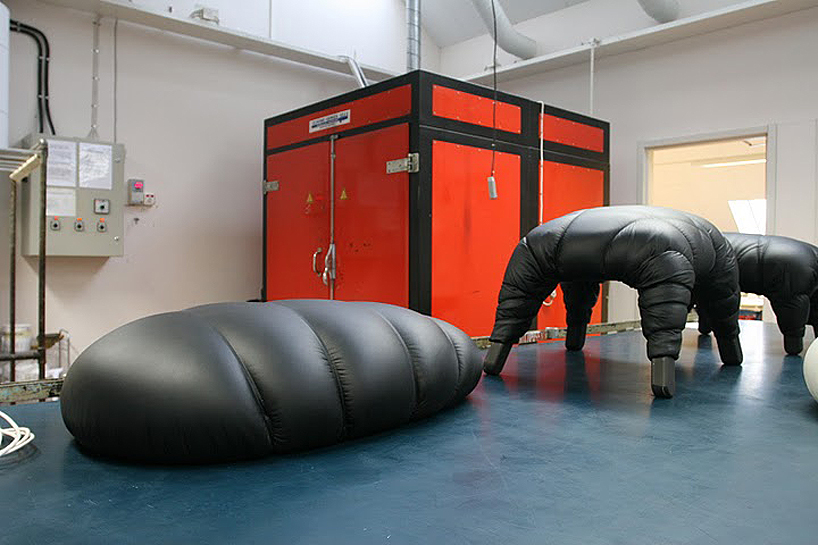 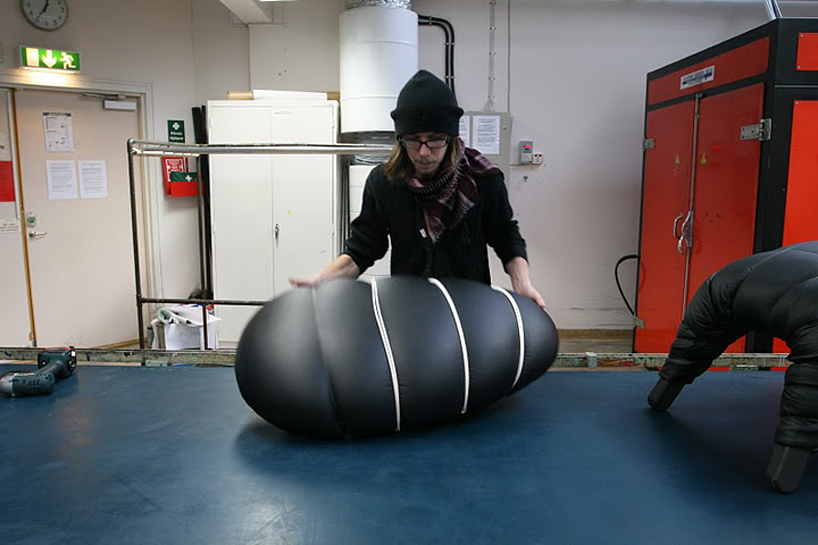 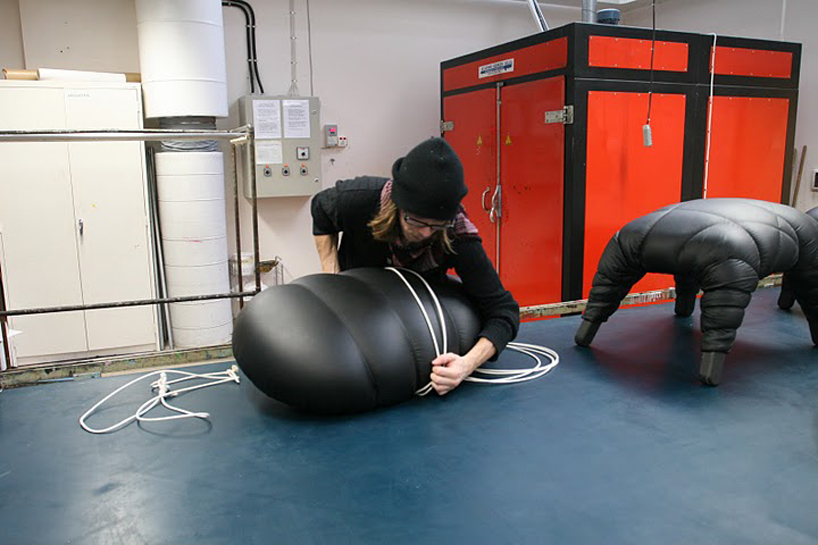 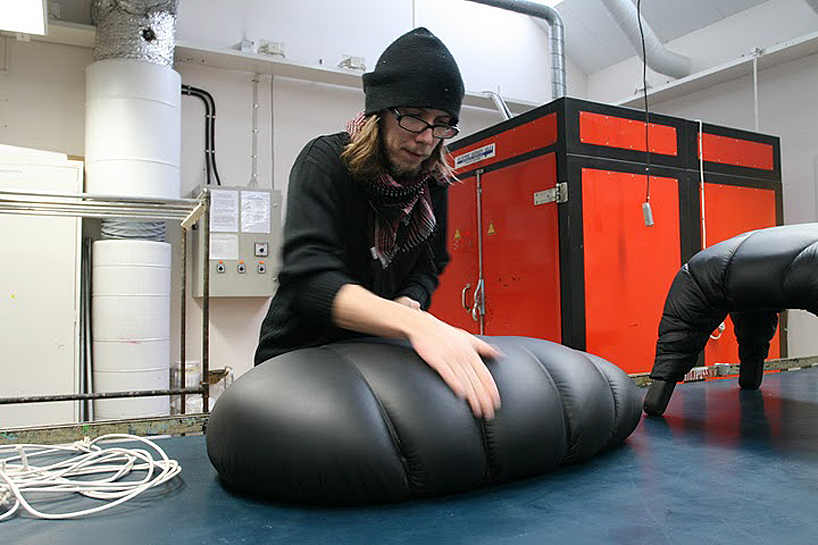 once the ropes are removed the ‘seams’ are revealed 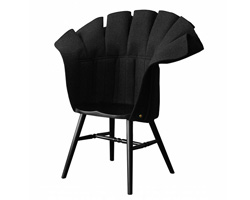