designboom is currently at domaine de boisbuchet, situated on a 15th century estate in the country’s southwest region between poitou-charentes and limoges. boisbuchet is a venue for creative experimentation, an initiative established twenty-two years ago by alexander von vegesack, founder of the vitra design museum, where for the past 16 years – each summer over the course of four months – participants have arrived from around the world to engage in relevantly themed workshops lead by selected internationally established artists, designers and architects including werner aisslinger, shigeru ban, nacho carbonell, matali crasset, konstantin grcic, jaime hayon, kengo kuma, ingo mauer, max lamb, and many more

throughout the next week, designboom will cover workshops in realtime from freitag, ron gilad, maarten baas, benjamin hubert, tomas alonso and designmarketo. 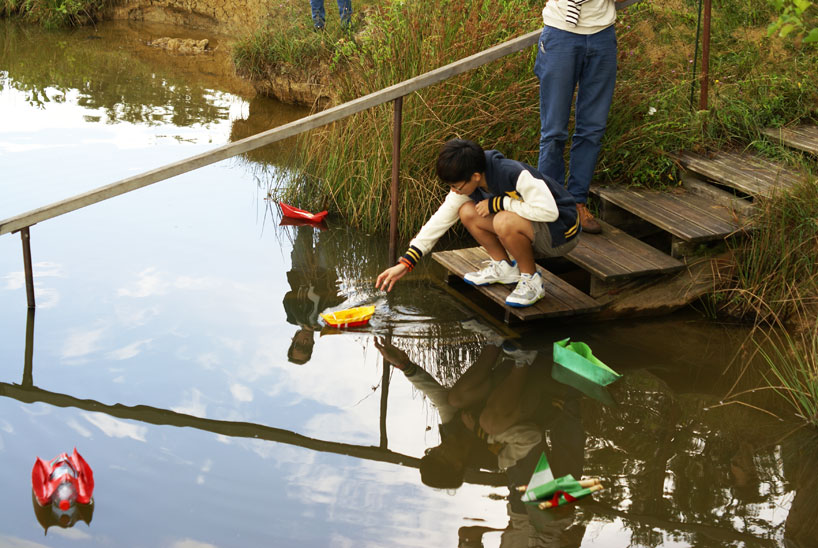 the freitag workshop, run by co-founder daniel freitag, is based on the theme of recycling, re-contextualization and production of small gadgets. using tarpaulins acquired from trucks and a high frequency welding machine, participants will develop a series of designs that could be used with bikes, at home, to organize things. the collaborative brainstorming session will identify different fields of product design and the development of new ideas regarding how to make the most of our raw materials and recycle even the smallest scraps. during the first session, a handful of 1:10 scale boats were created exclusively using the leftover tarp material, all of which were tested and floated at the lake within the domaine! 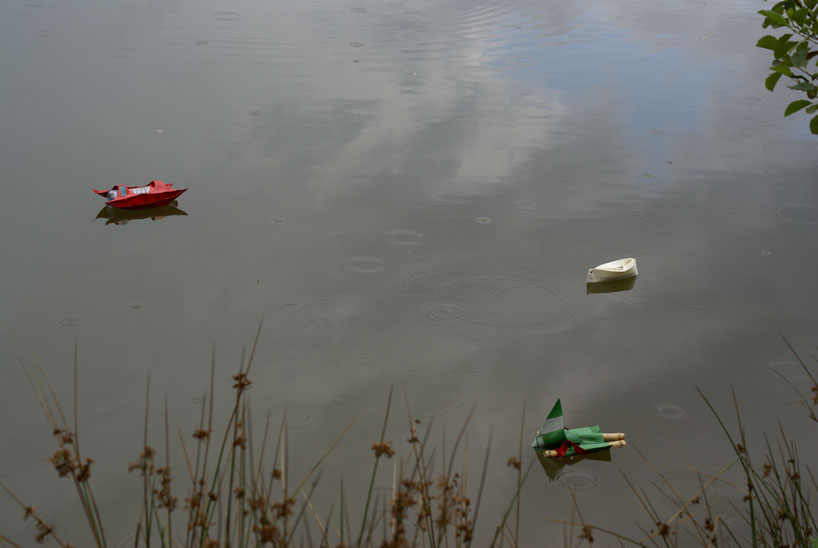 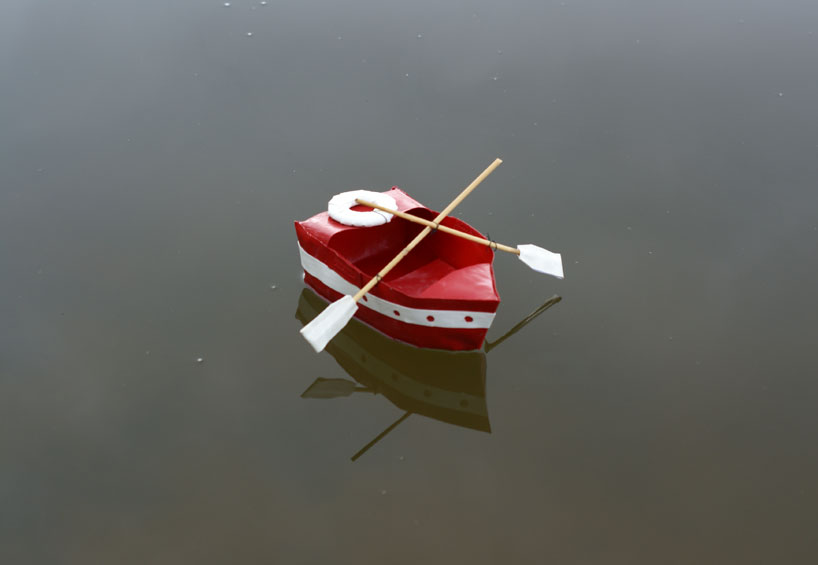 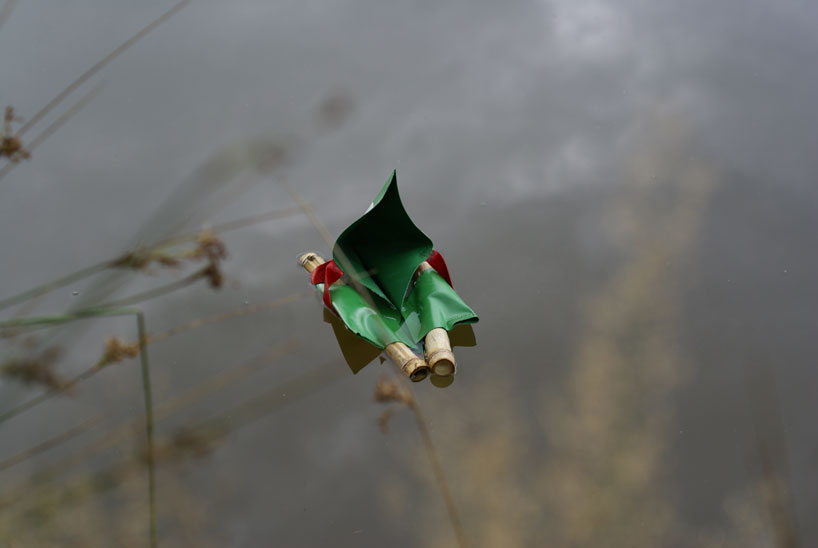 some water leaking into the boat, but it still floats!
photo: alejandro castañeda © domaine de boisbuchet 2013 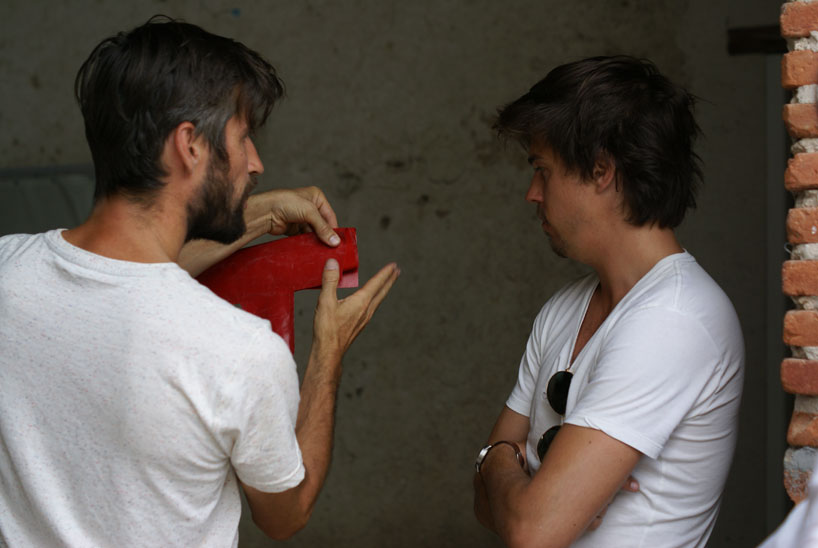 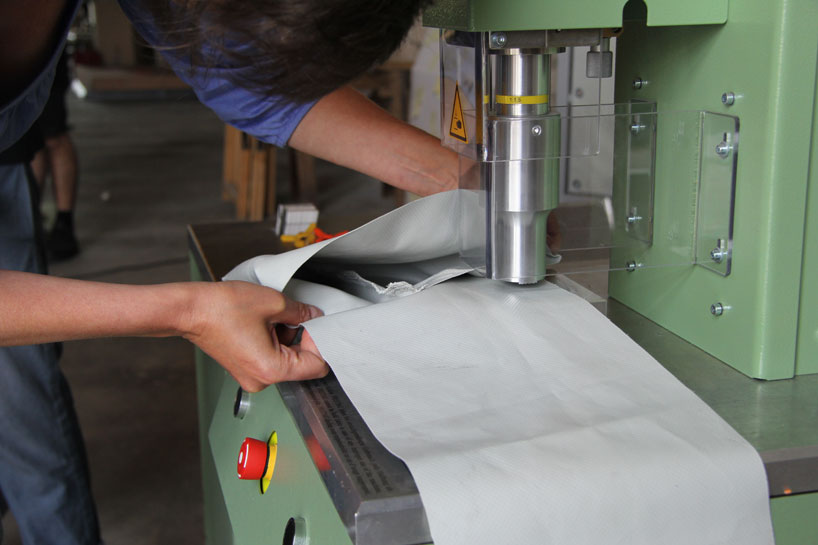 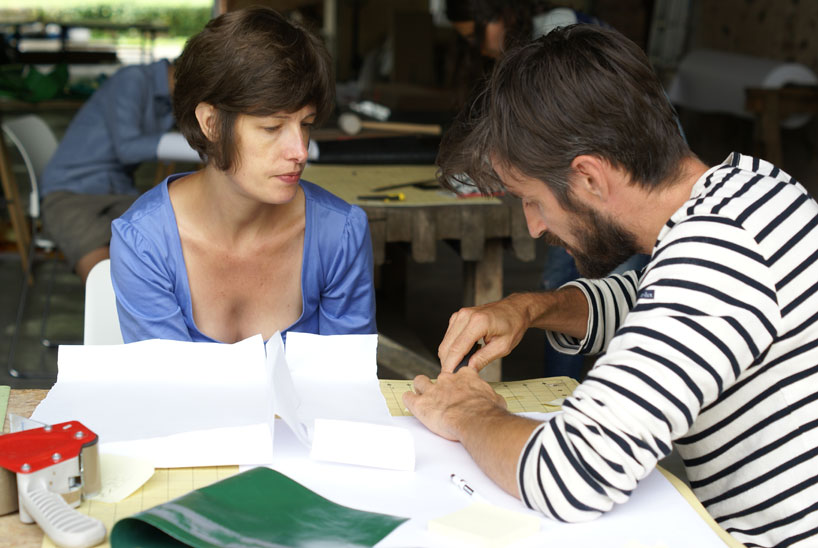 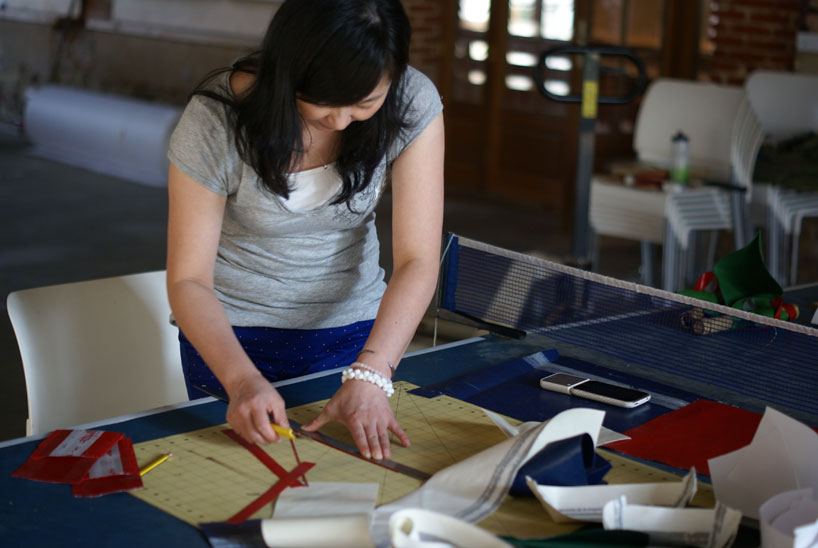 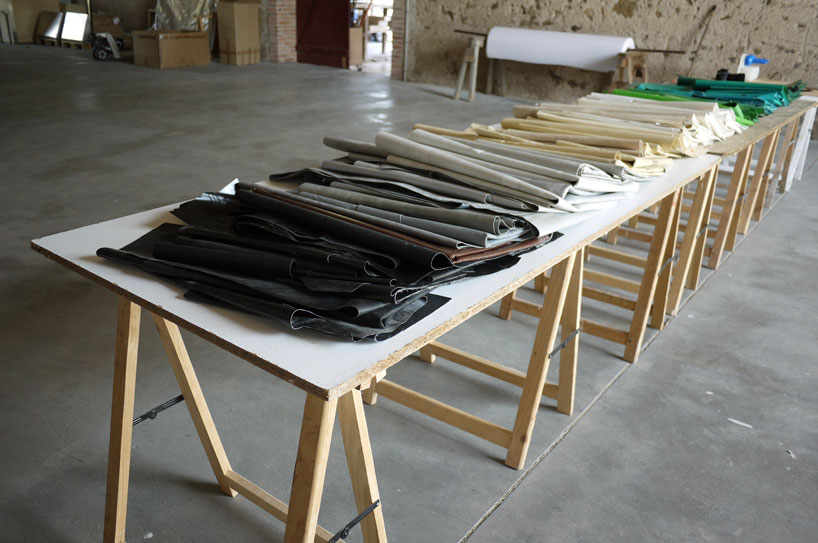 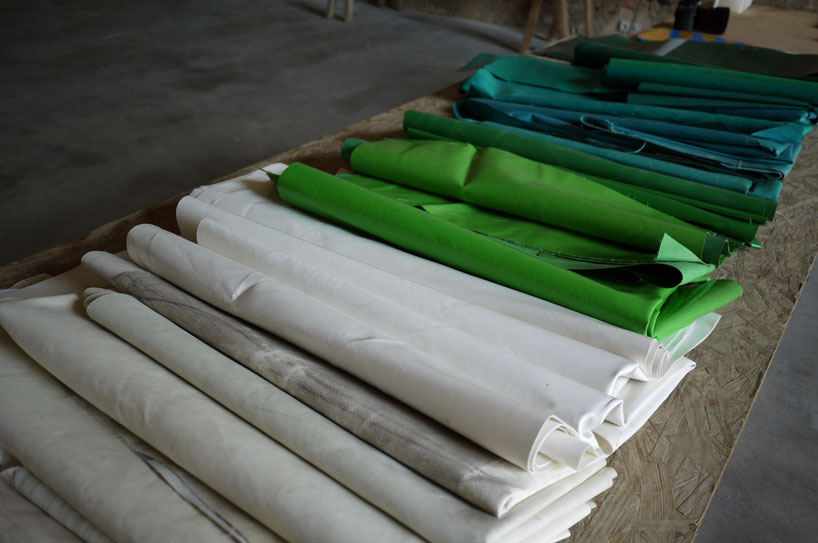 detail of the reclaimed truck-tarpaulin scraps from production
image © designboom 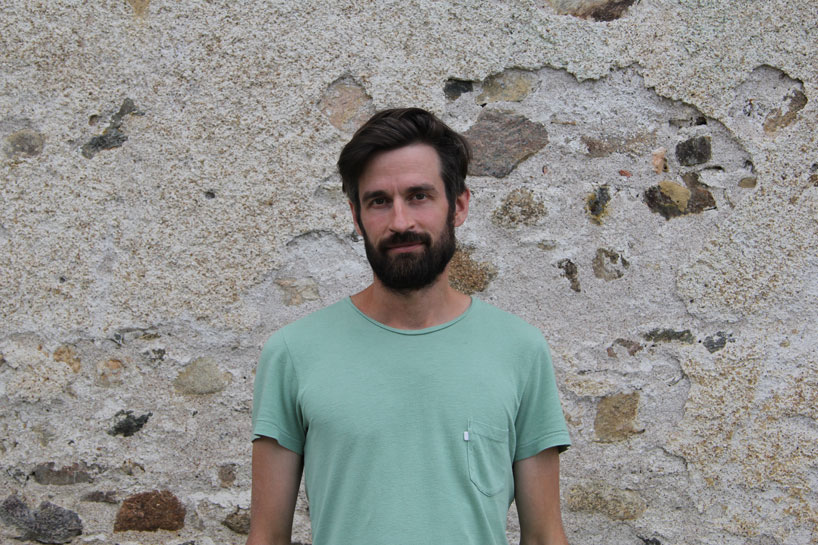 back in 1993, graphic designer brothers markus and daniel freitag were on the lookout for a messenger bag. zurich citizens worthy of the name travel by bicycle – ‘velo,’ they call it. when it rains, they get wet. the freitag brothers wanted a heavy-duty, functional and water-repellent bag to carry their designs. inspired by the cheerfully coloured lorries rumbling along the cross-zurich highway just in front of their flat, they cut a messenger bag out of an old truck tarpaulin. as the carry belt, they used second-hand car seat-belt webbing, while an old bicycle inner tube provided the edging.

as luck would have it, their personal need turned into a business which now employs more than 130 people. since their original messenger bag, the freitag brothers have developed and marketed several bags for women and men. freitag produces two bag lines: the classic fundamentals with around 40 models, that are constantly being developed further and complemented and since september 2010 the new freitag reference line with around 10 models. freitag products now sell round the globe, in over 450 stores, at our online store and in our freitag stores in berlin, davos, hamburg, cologne, vienna, new york, tokyo and zurich. they continue to be made in switzerland. 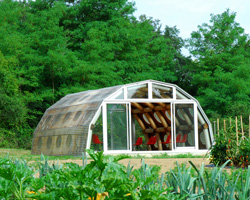 May 26, 2014
shigeru ban's paper pavilion is his first permanent building in europe 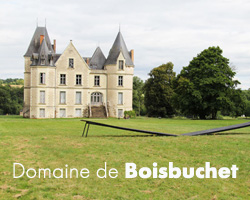 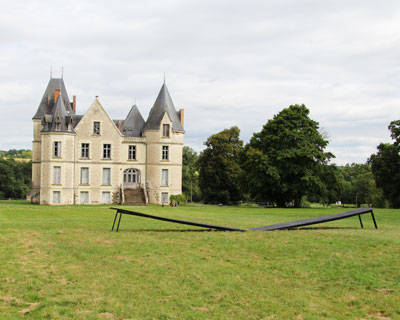 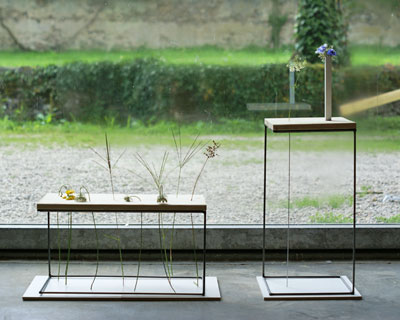