tom scutt and gibson thornley have designed the ‘frida kahlo: making her self up’ exhibition at the V&A which showcases a series of self-portraits alongside kahlo’s costumes, medical corsets, jewellery, accessories, photographs and letters. the exhibition has been curated and designed to reflect her compelling and very personal life story and includes the artist’s possessions from the blue house on the outskirts of mexico city, which have never before been exhibited outside of her home country. 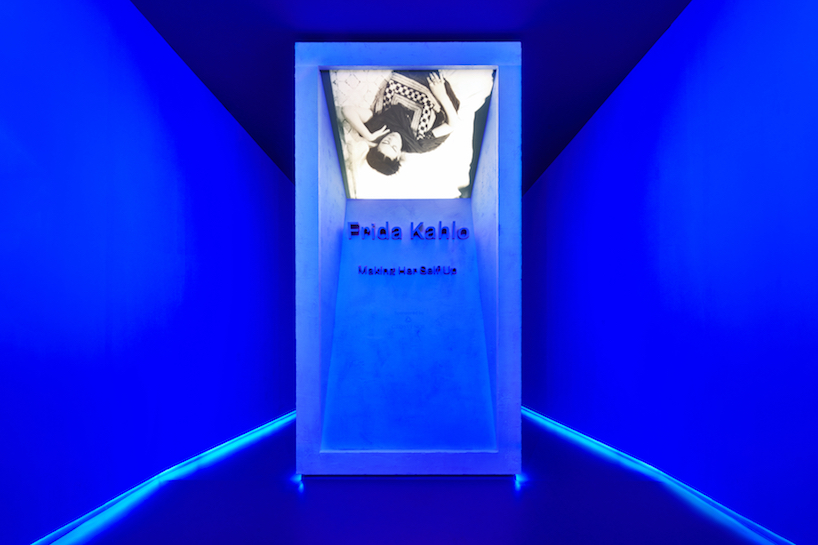 the entrance to the exhibition

working closely with exhibition co-curators claire wilcox and circe henestrosa, tom scutt and gibson thornley have developed a series of minimalist spaces that serve as backdrops for an intimate experience with kahlo’s personal objects. the main theme throughout the gallery design revolves around the duality of the artist’s life reflected in her strong outward image and her disability, as well as in her mexican identity and her european ancestry. a deep blue tunnel of light ushers visitors into the enticing world of the renowned mexican artist, complete with a monumental totem presenting an inverted image of kahlo in her bed. the design of the various galleries references key items in the artist’s life, including the blue house in mexico city, which is the house where she was born, lived and eventually died; the bed, which refers to the two separate beds kahlo used to sleep and paint in, placed back-to-back on either side of a wall in her house; the tehuana dress and other garments in her closet; and the resplandor, a spectacular ceremonial headdress, which is a representative garment of women from the isthmus of the tehuantepec region in southern mexico.

frida kahlo: making her self up has recently opened at the V&A and runs until 4 november 2018. 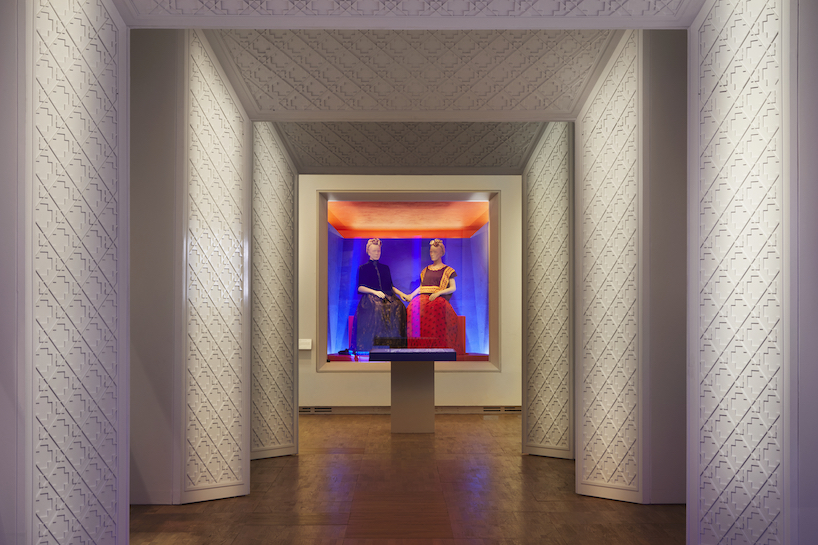 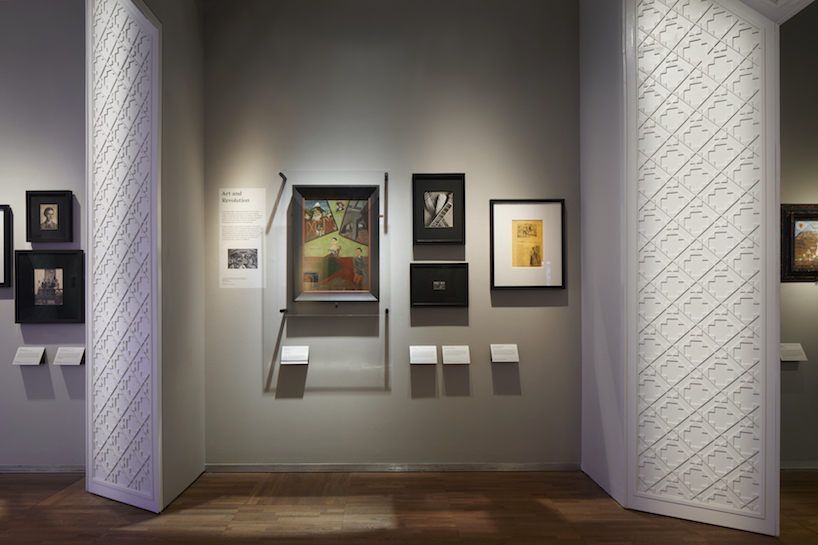 this room is dominated by documentation of mexico by leading photographers of the time such as modotti and weston, and other pictures depicting the influential circle of rivera and kahlo’s friends 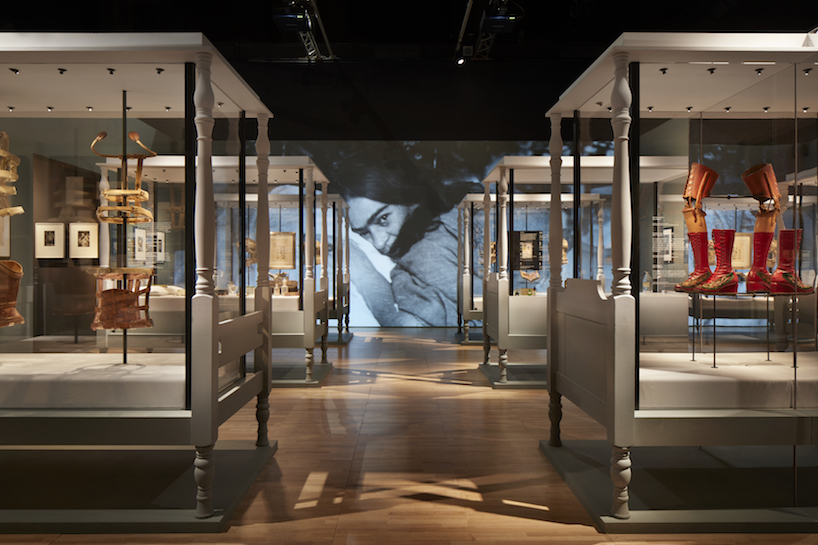 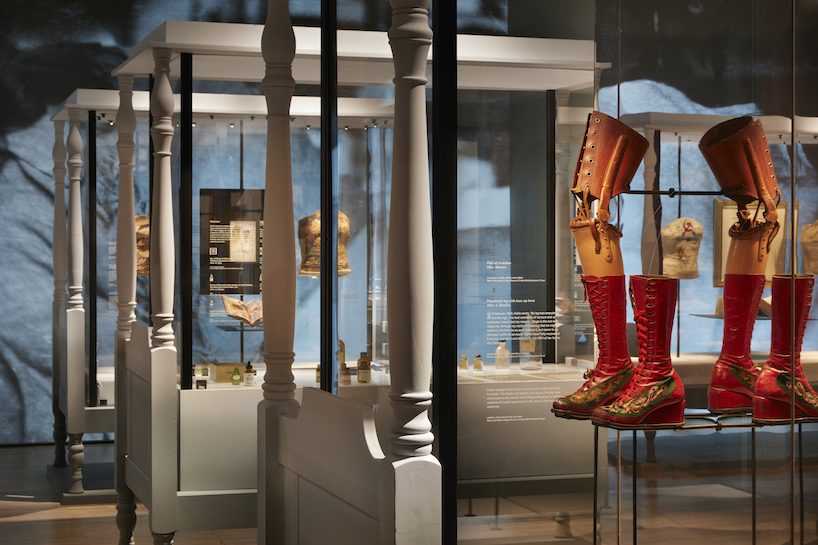 the gallery’s cabinets hold the artist’s orthopedic objects, such as her plaster corsets, her braces, crutches and personal objects including makeup, perfumes and medicines 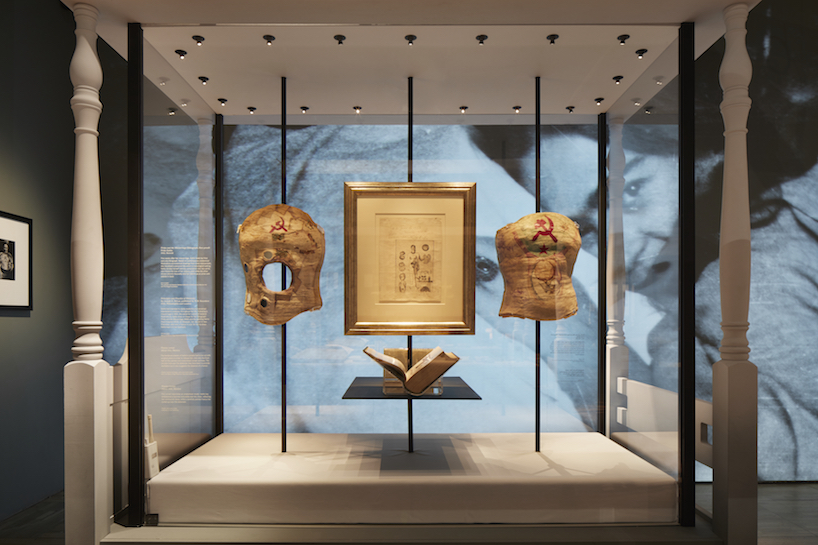 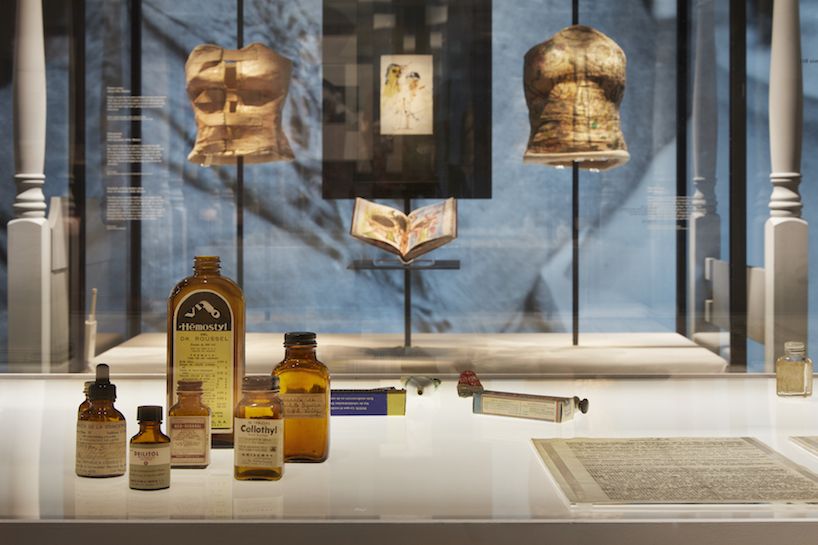 medicines were a daily part of frida’s experience 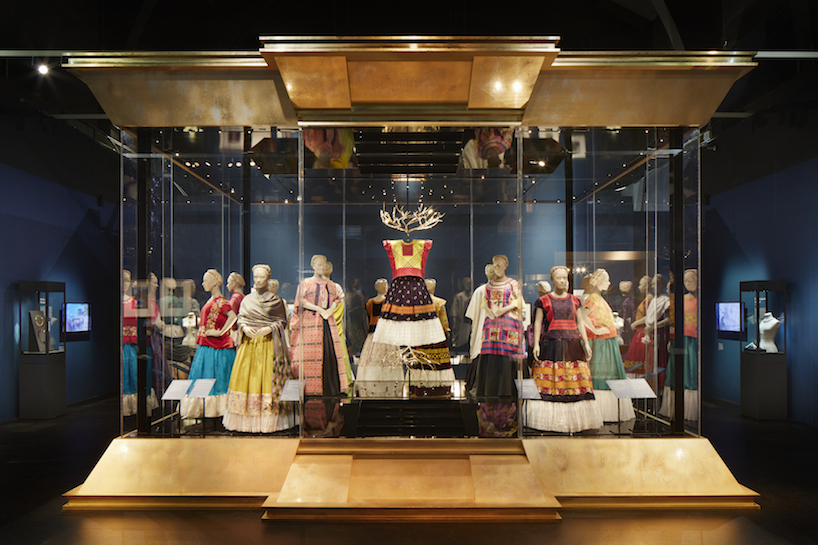 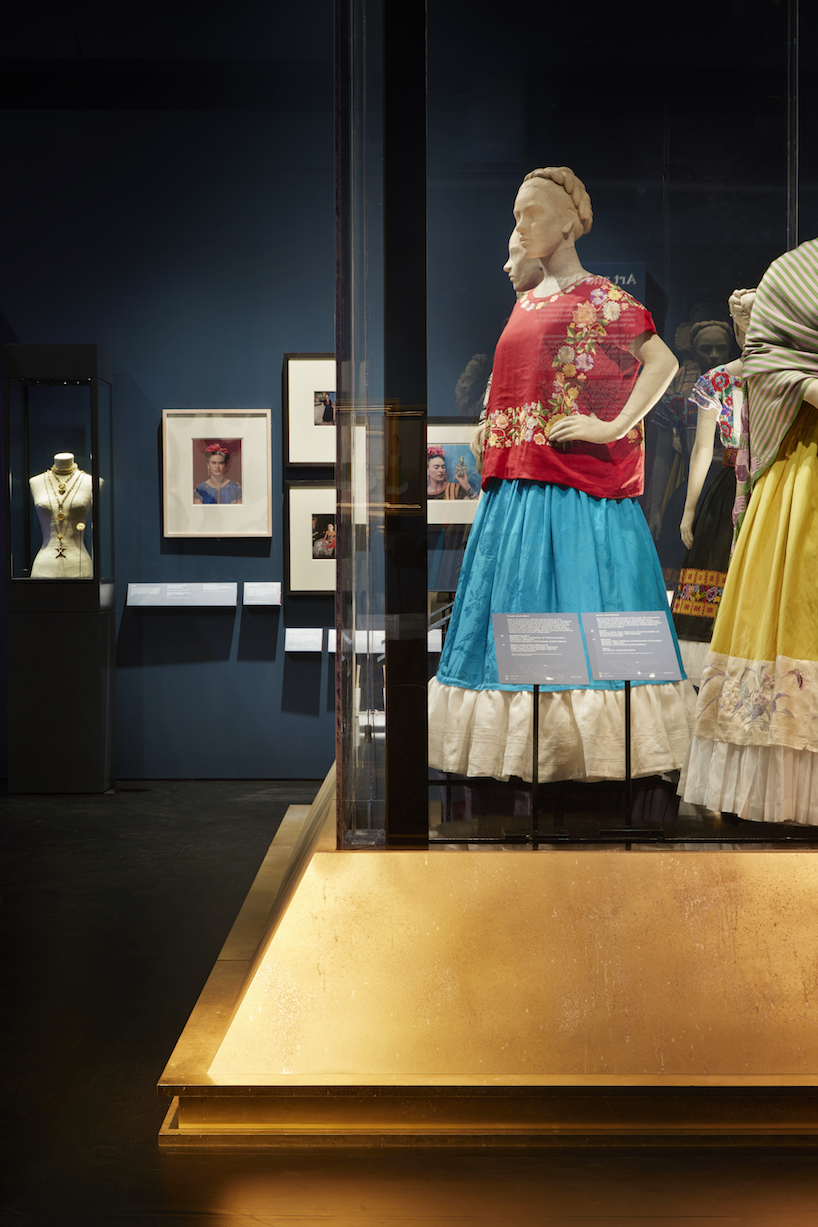 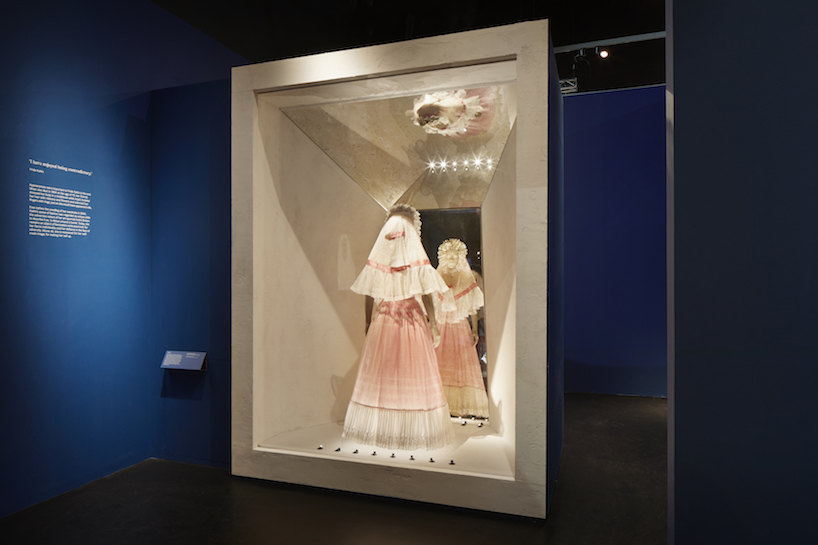 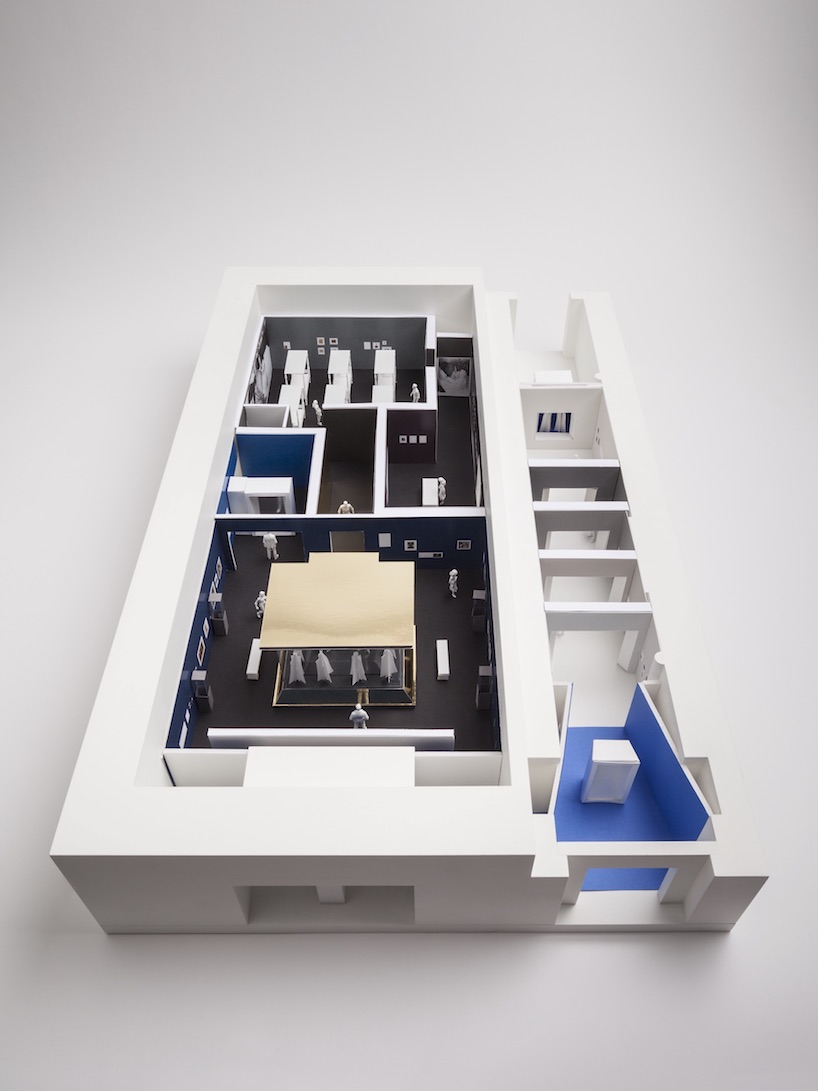 a model that shows the entire exhibition layout 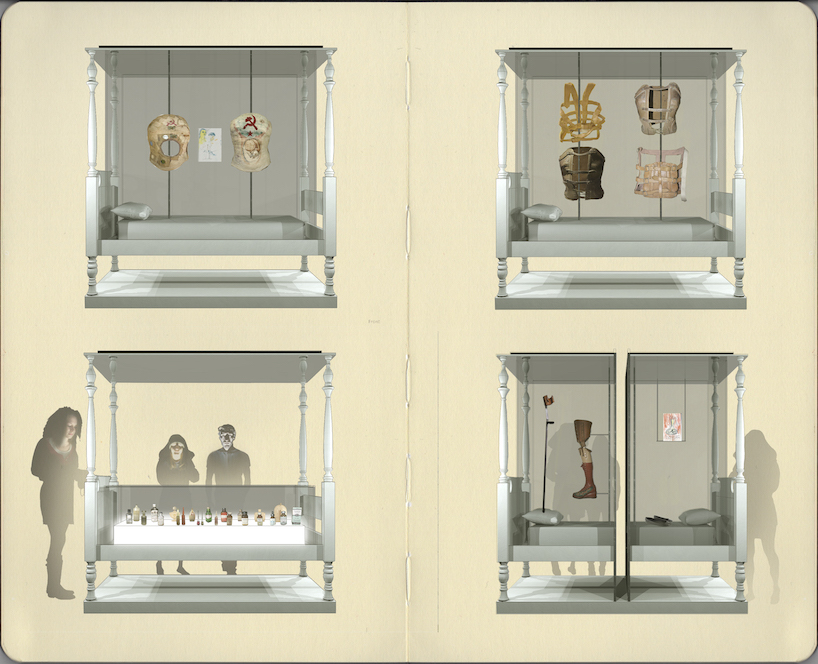