doriana and massimiliano fuksas have added to their ‘colombina collection’ for alessi with the introduction of two new pieces — a fish-shaped salt cellar, and an oyster knife. the pieces are specifically designed for the preparation, serving and consumption of seafood dishes, with each utensil featuring a decorative fish scale detail. the two new objects bring the number of stainless steel pieces in the collection to 13. 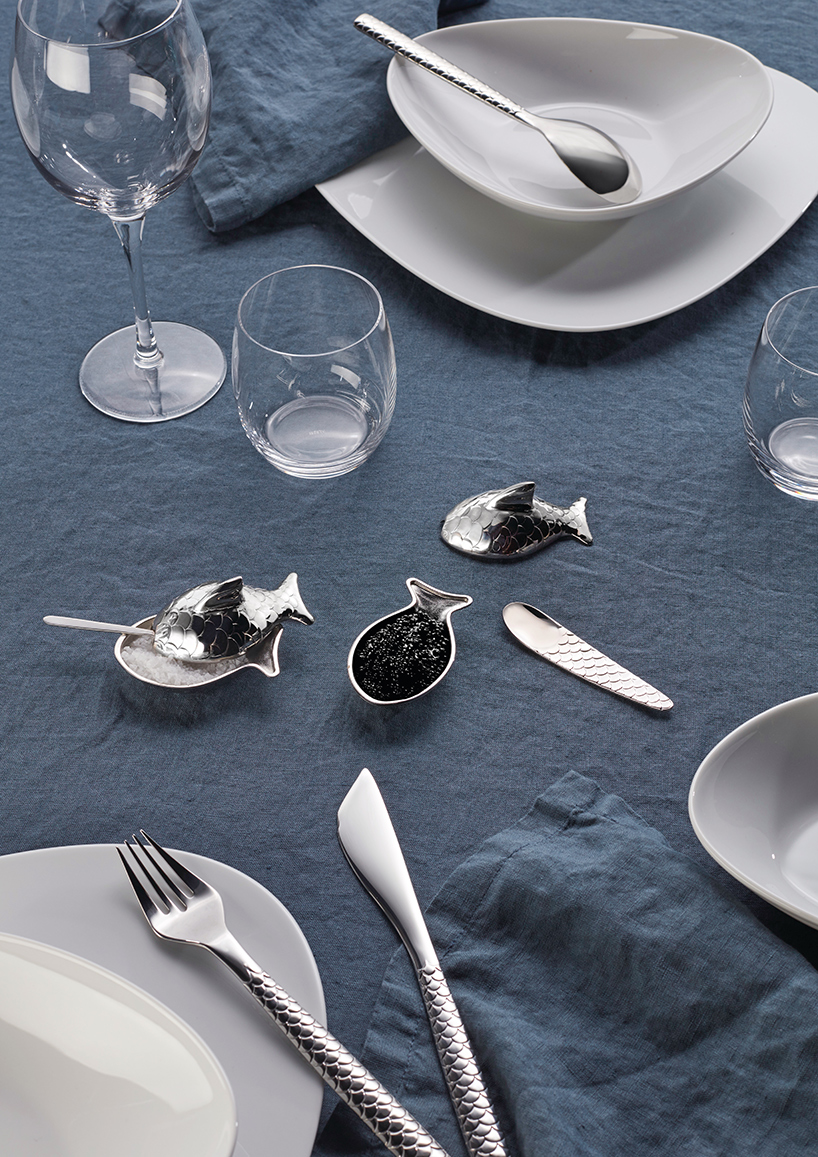 realized with the culinary consultancy of alberto gozzi, fuksas’ designs for alessi focus on the hand gestures we naturally perform while eating. for example, the shellfish fork has slightly thin curved tips in order to ease the pulp extraction, while the butter knife has a rounded profile specifically designed for spreading mousses or pâtés. these functional details reveal the use of each utensil. 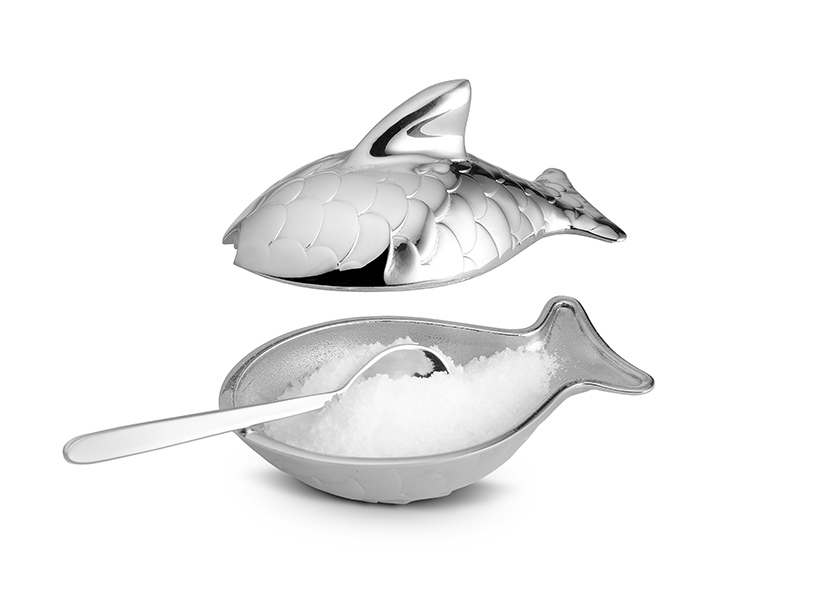 in addition to the salt cellar and oyster knife, the collection also includes: a fish fork, knife, and spoon place setting, a fork, knife, and spoon for serving fish, an oyster and clam fork, a butter knife, a caviar spoon, and a shellfish fork. finally, the shellfish cracker — not to be confused with lobster pliers — is a sturdy utensil with long thin arms, and is an essential tool for breaking harder parts of the shell, while leaving the flesh intact.

the ‘colombina collection’, which was previously featured on designboom in 2015, is presented by alessi during milan design week 2017. see designboom’s ongoing coverage of the event here. 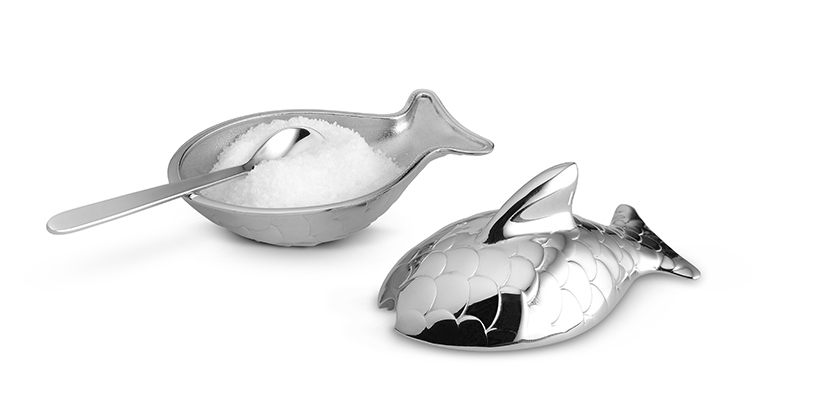 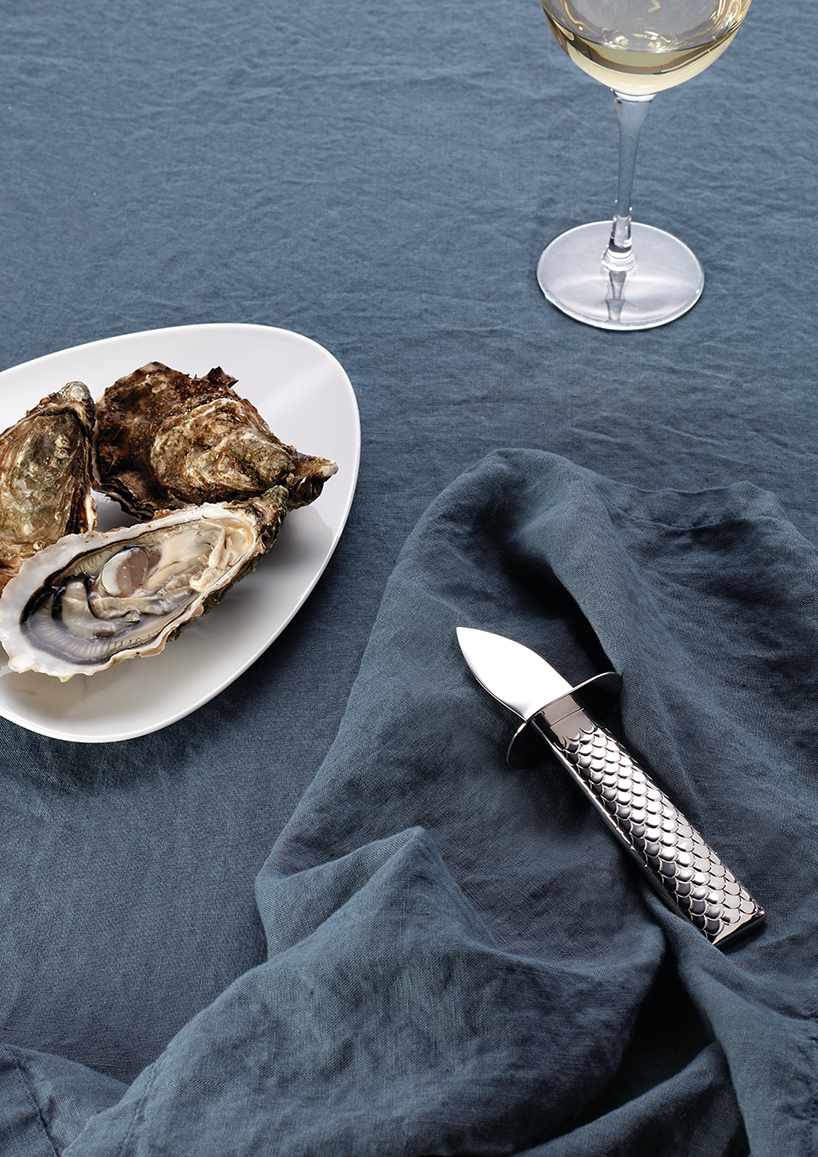 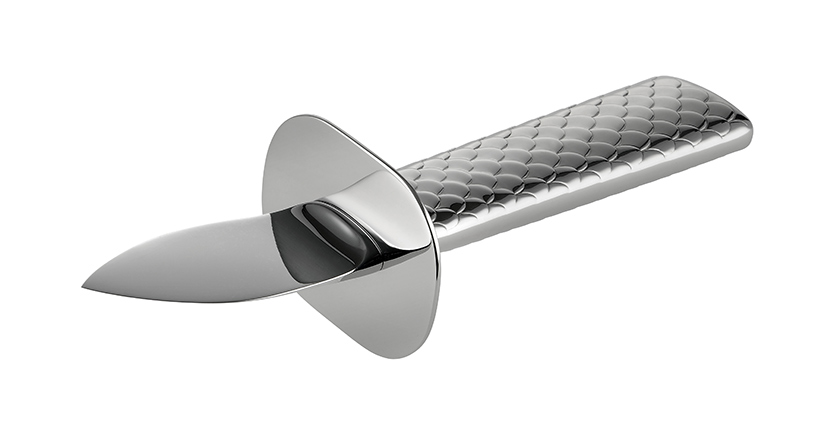 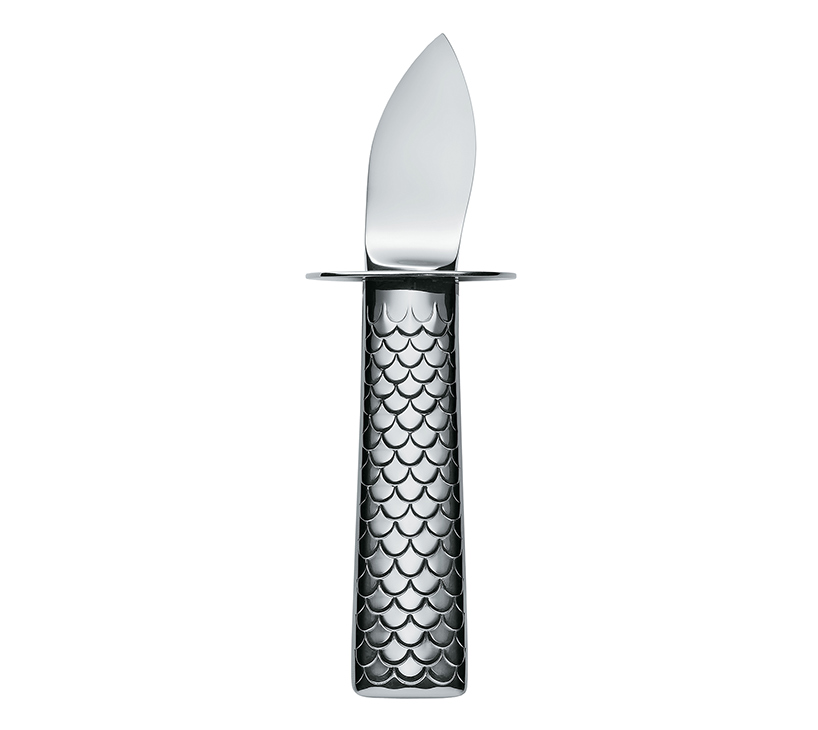 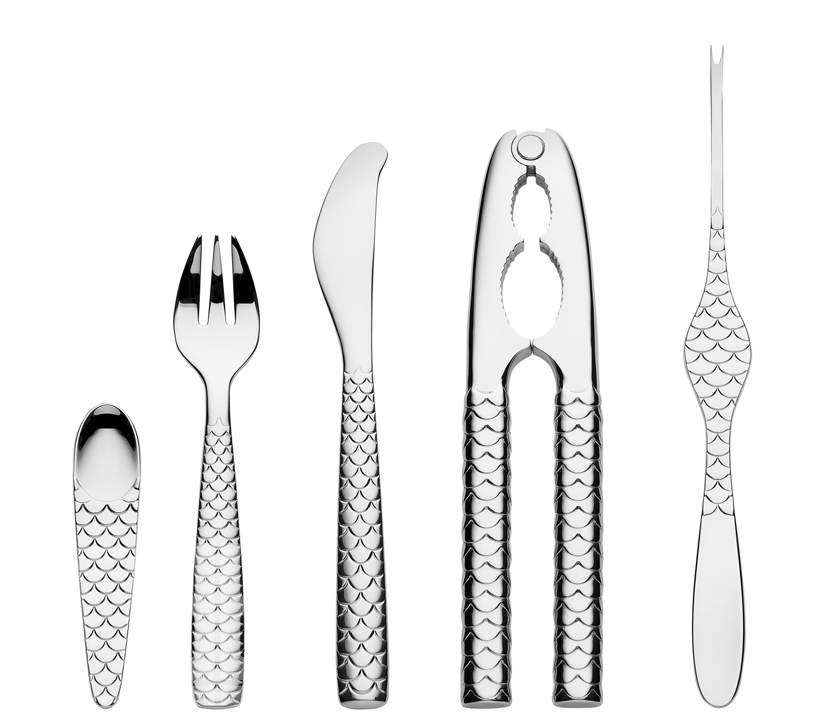