According to designer Fumiaki Goto, one of the most fundamental causes of problematic plastic consumption is the lack of respect for resources given to us by planet earth. To challenge that behavior, his latest project, ‘Plastic SAKE Brewery,’ incorporates the Japanese custom of nature worship into consumption and proposes a new type of biodegradable polymer that can be converted into rice wine (sake).

‘In Japan, there is a special kind of sake called ‘OMIKI’, dedicated to the spiritual symbol ‘KAMI’ for a good harvest. Rice, the raw material for sake, is originally considered a sacred grain given by one of the KAMIs, ‘Amaterasu no Onokami’. For this reason, rice and sake become a form of appreciation after a successful harvest. Indeed, the Japanese drink the ‘OMIKI’ with great respect. But, unfortunately, the scale of the sake industry is shrinking year by year, so this project also aims to compensate for this shrinkage,’ writes Goto.

Like traditional sake brewing, Goto (see more here) used rice here as the main component. Furthermore, while biodegradable plastics are typically decomposed by microorganisms, this new polymer breaks down with the help of the same microorganisms used to make rice wine. The sake is then brewed as a by-product of biodegradation and can distillate into other alcoholic or ethanol-based elements.

Beyond alcohol, the new polymer can be converted into a variety of products as alternatives to petroleum-based plastics: pellets for injection molding, filament for 3D printers, and film for packaging. ‘Production is ultimately simpler, yielding lower costs than conventional biodegradables,’ clarifies the designer. 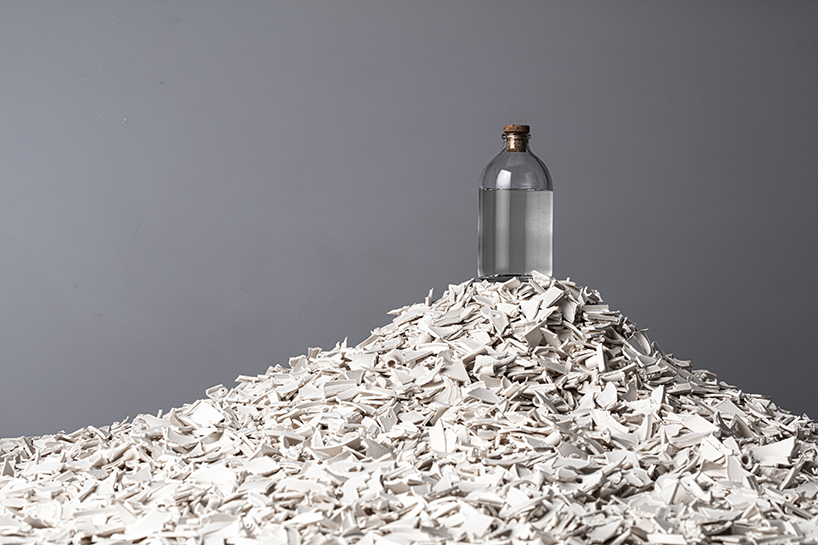 The four steps of brewing

First, Goto crushes the plastic products into pieces before boiling or steaming them; second, he sprinkles a special type of fungus on the boiled debris and waits for it to grow. The fungus converts parts of the plastic into sugar while decomposing it; third, he pours in yeast and water and lets it cool. The yeast turns the sugar into alcohol and carbonic acid gas; fourth, once brewing begins, Goto allows it to stand for a month before carefully filtering the resulting liquid. Leftover lees from the filtration process are used directly as manure without composting.

You can watch the full video HERE. 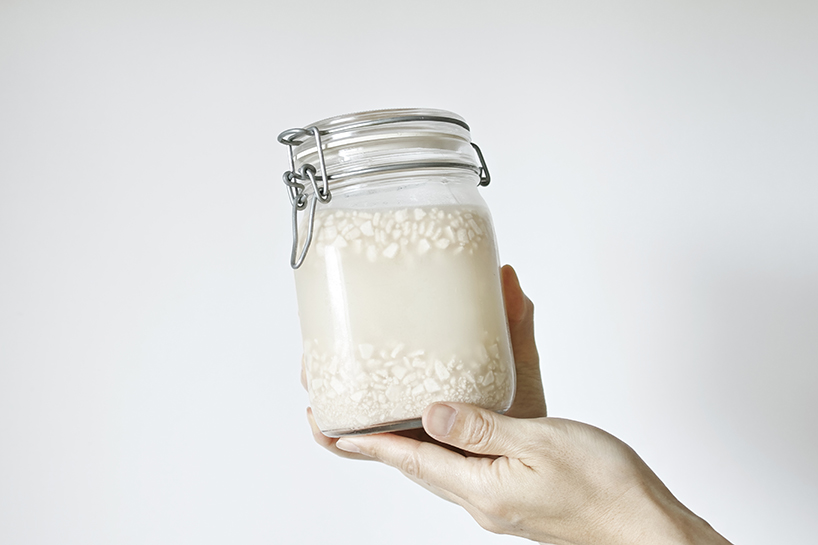 Concluding his thoughts, Goto comments: ‘Most biodegradable plastics do not break down easily and need to be disposed of in special facilities like industrial composting. However, there are not enough facilities around us, and most biodegradable waste is either incinerated or landfilled. This situation poses a high hurdle for biodegradable plastics to become a sustainable alternative to petroleum plastics. Although the production of this plastic requires industrial facilities, brewing sake from waste does not require special equipment and can be done in small breweries around us. Therefore, the project hopes to increase the waste collection rate and become a viable solution to the urgent problem.’ 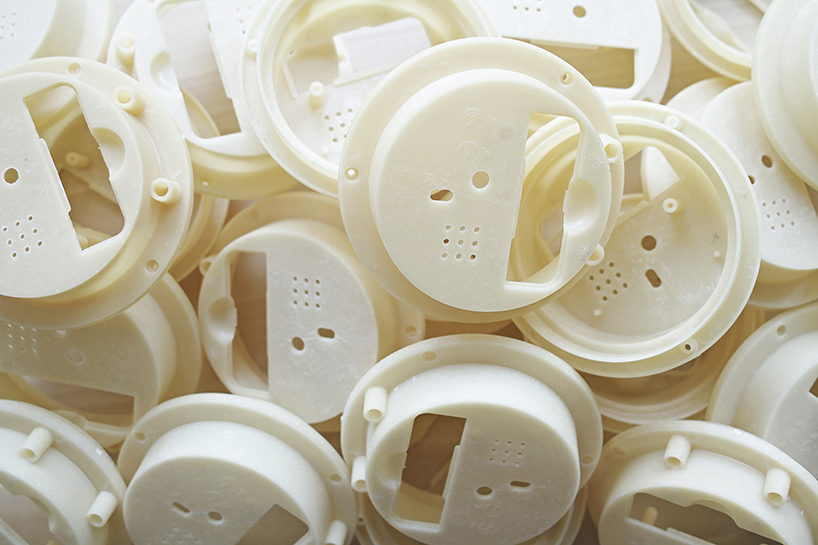 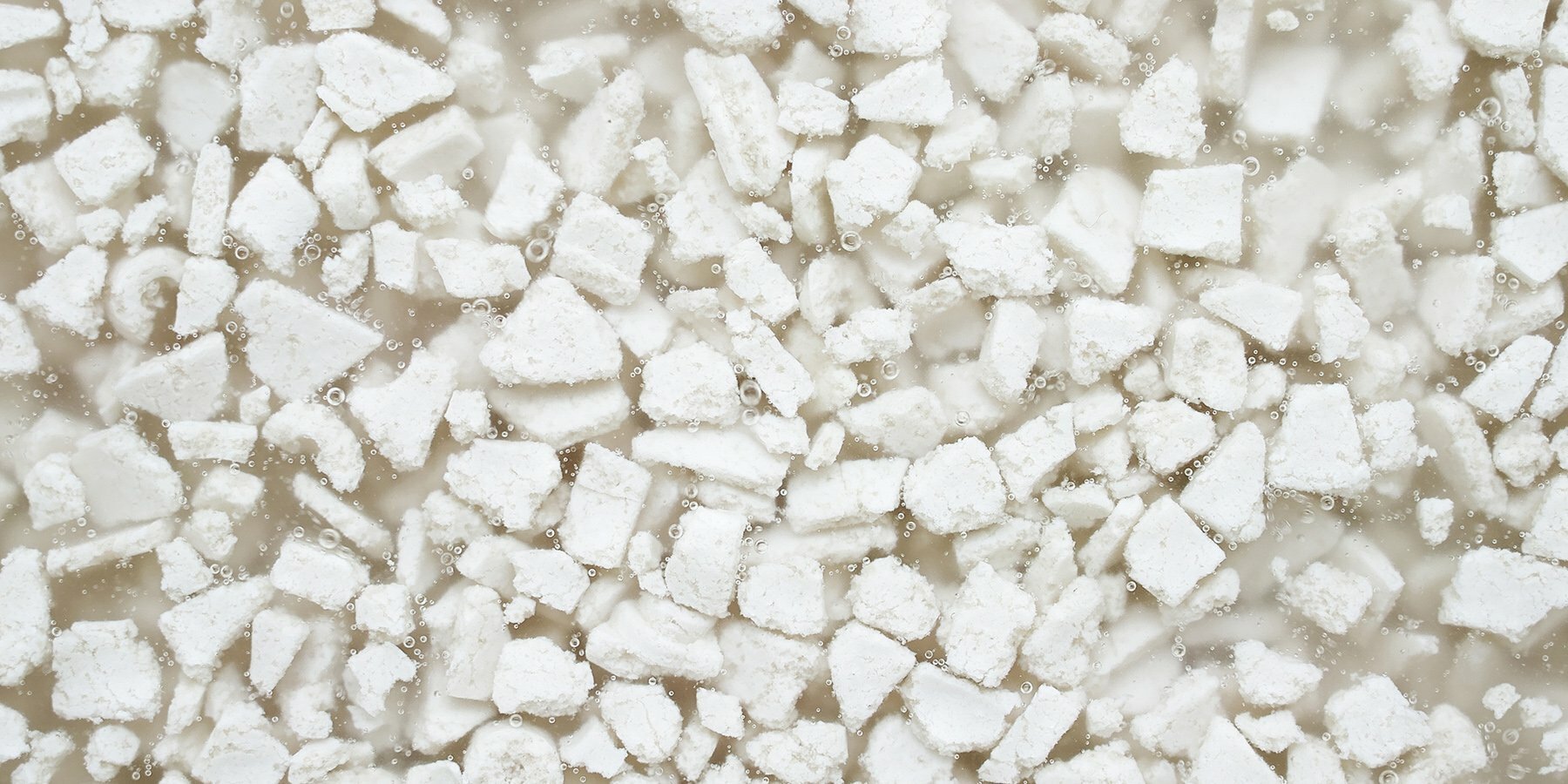 the biodegrading process while brewing SAKE 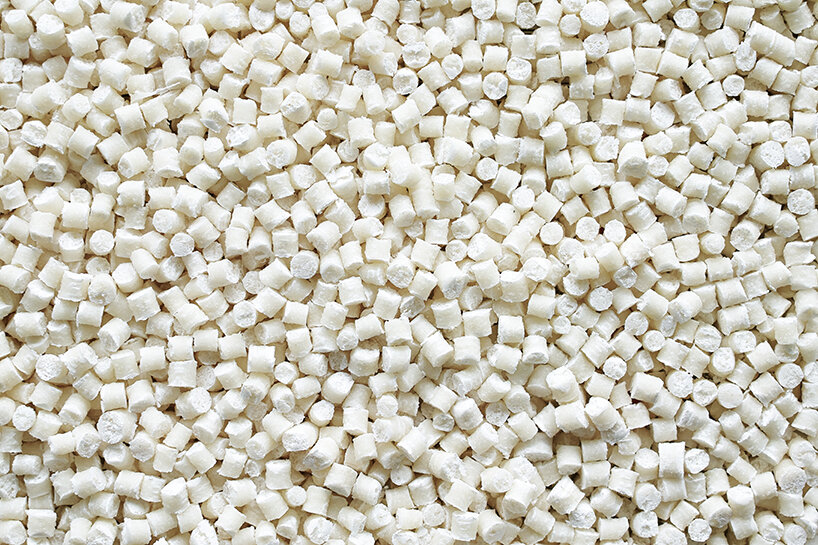 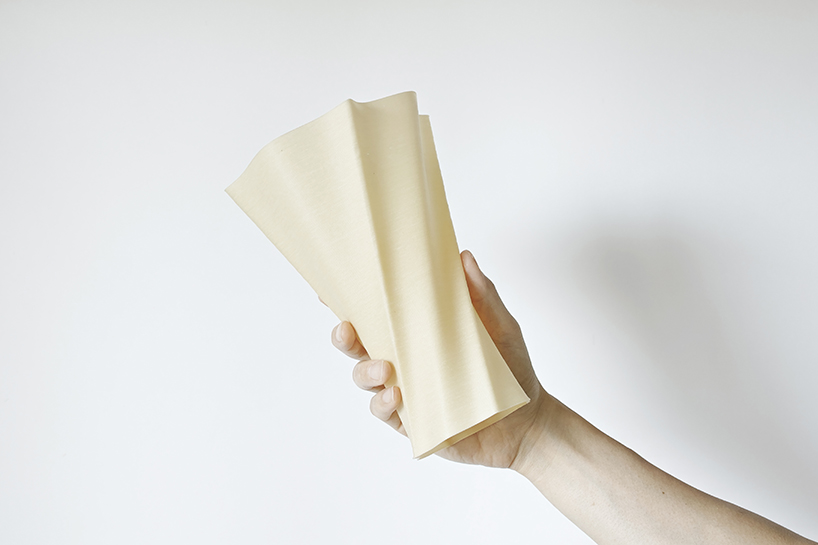 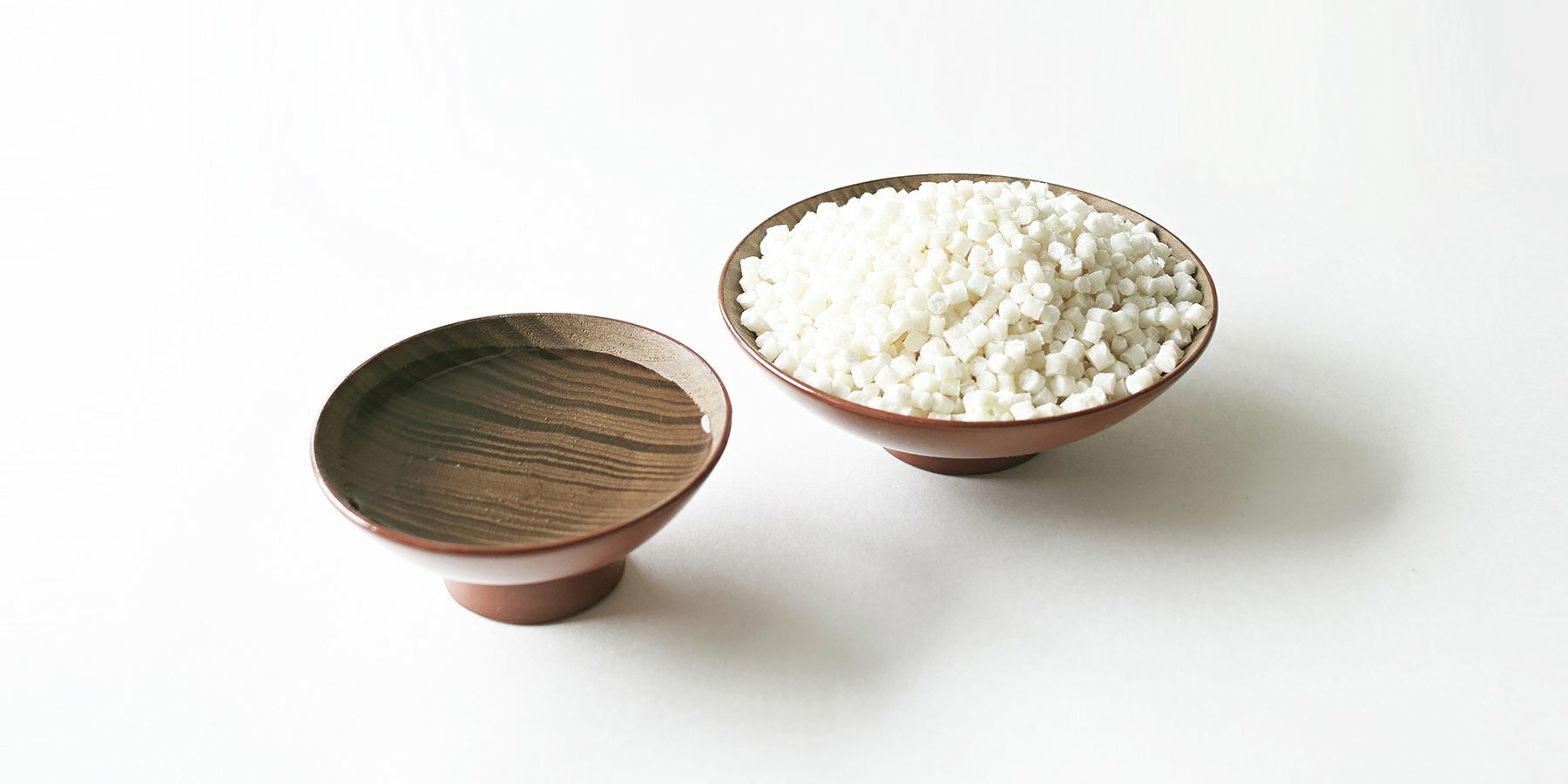 the SAKE completed through the filtration process and pellets 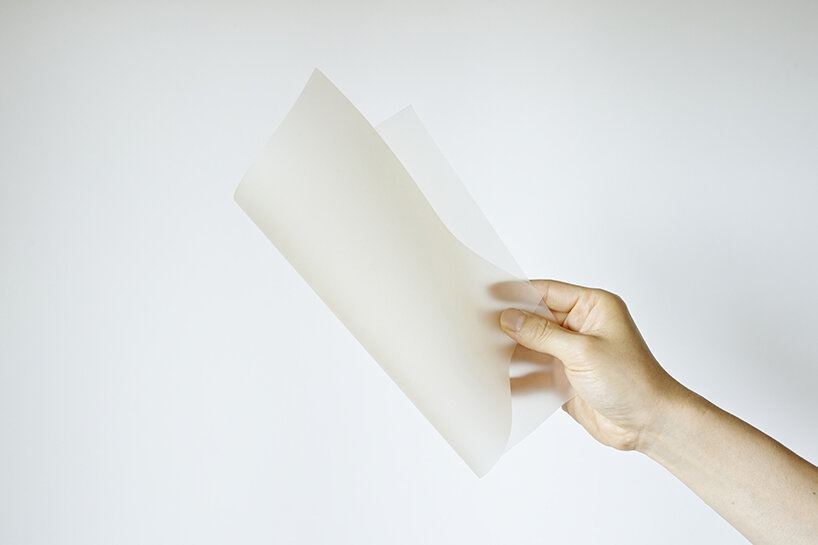 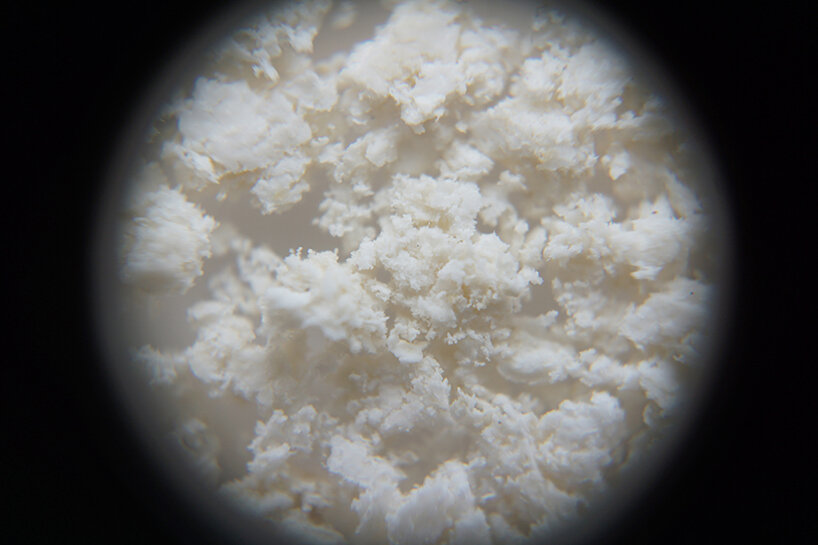 close-up shot of the lee after decomposition 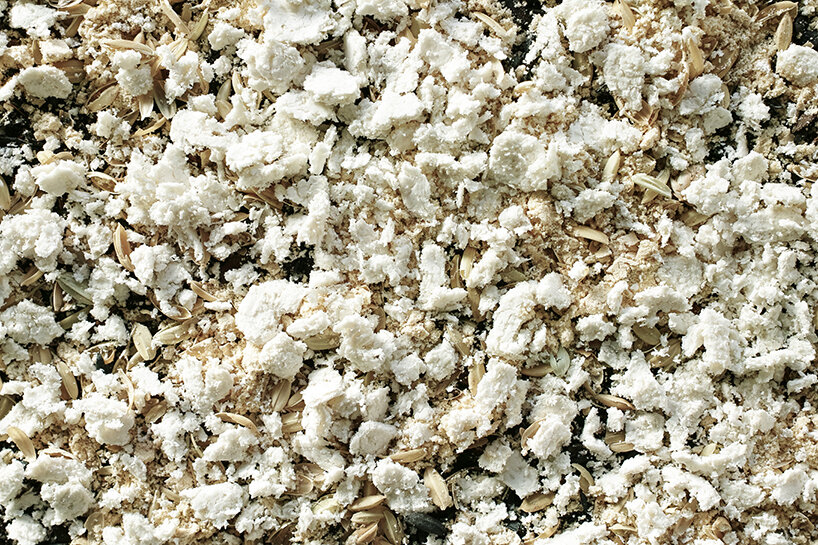 lee mixed with rice gran and other agricultural wastes 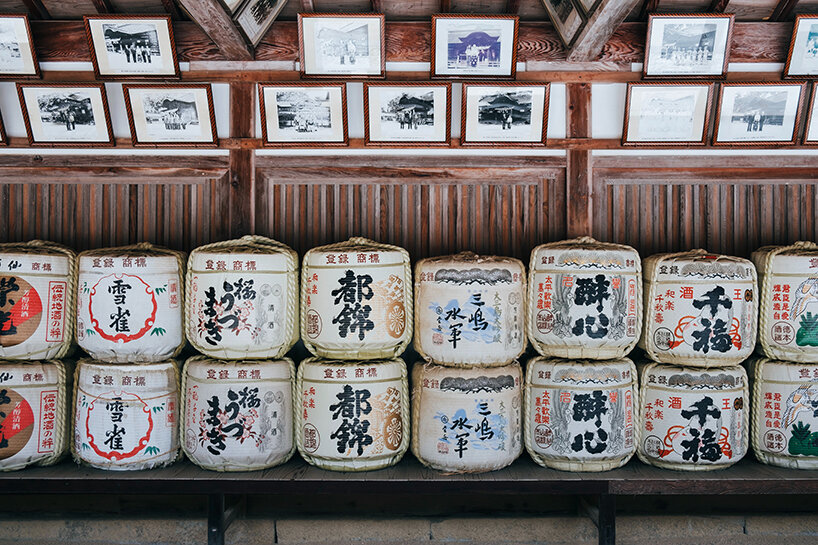 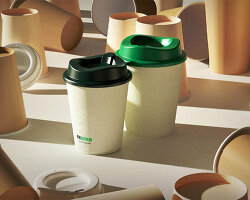