international symbol of joy, a confetti is an affordable, colorful and democratic prop that adds a bit more brightness into everyone’s day. wanting to bring that quality into an unfortunate situation, brazilian furf design studio has developed the confetti prosthetic leg cover —  the world’s first mass-produced and colorful of its kind. its purpose is both functional and emotionally uplifting, as it boosts the amputee’s self-esteem and rehabilitation while being greatly affordable. 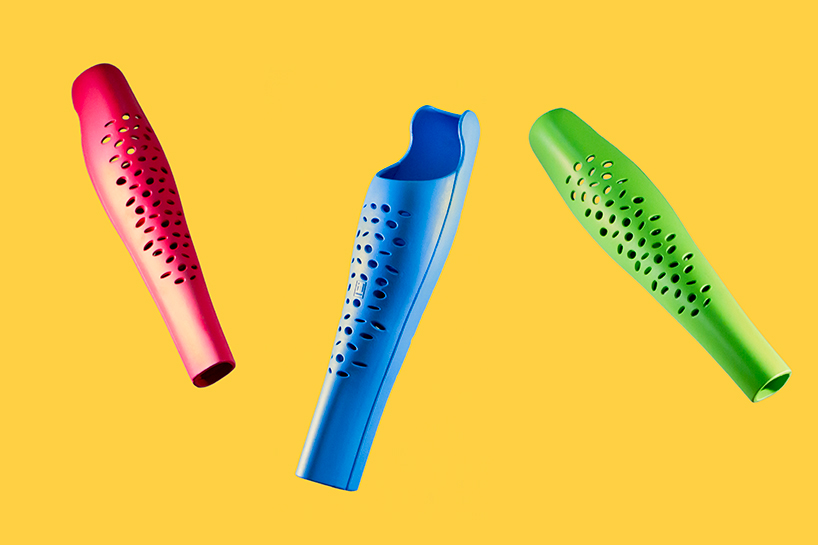 designed by furf and produced by brazilian manufacturing company ID ethnos, the confetti prosthetic leg cover offers a more democratic and accessible backbone to the amputee. indeed, existing propositions are either aesthetically uninteresting or simply inaccessible — usually made by costly tailored production processes like 3D printing. for this product, polyurethane is used to make the confetti as affordable, adaptable and durable as possible.

the driving moto behind this product is ‘one size fits most’. the process involved endless anatomical studies which resulted in a clever shape defined to suit nearly everyone. with internal guidelines, confetti is cuttable to easily adjust to the amputee’s height and it is designed to fit the great majority of prosthetic knees and feet combinations. even more, the confetti-shaped holes can be used for customization and amplify the possibilities for self-expression. many colors are available and the design encourages the user to interchange colors. 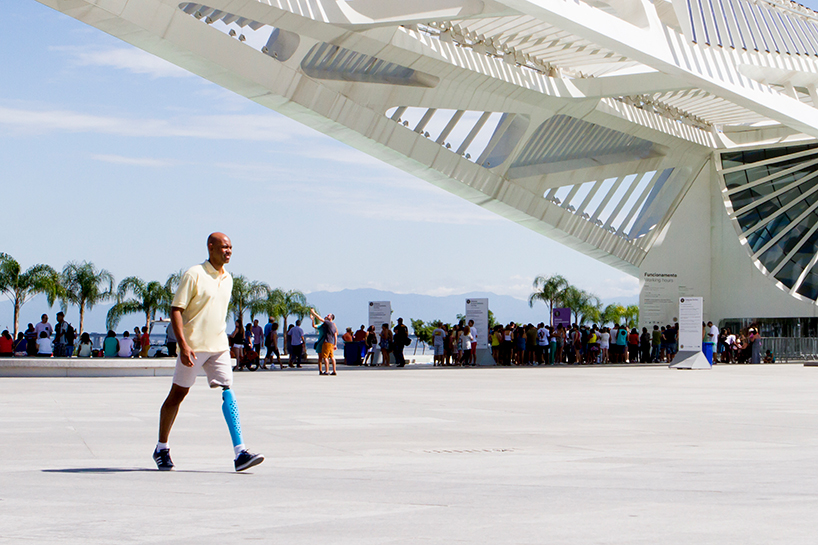 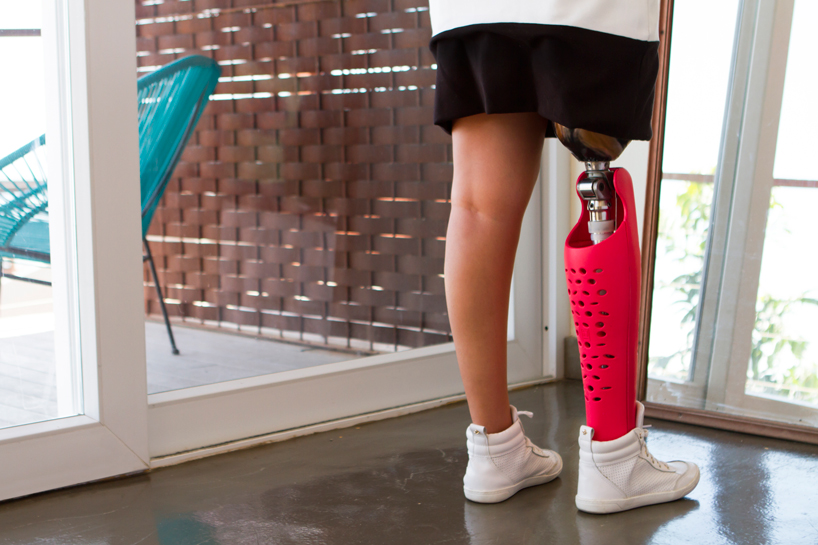 confetti can become a fashion accessory 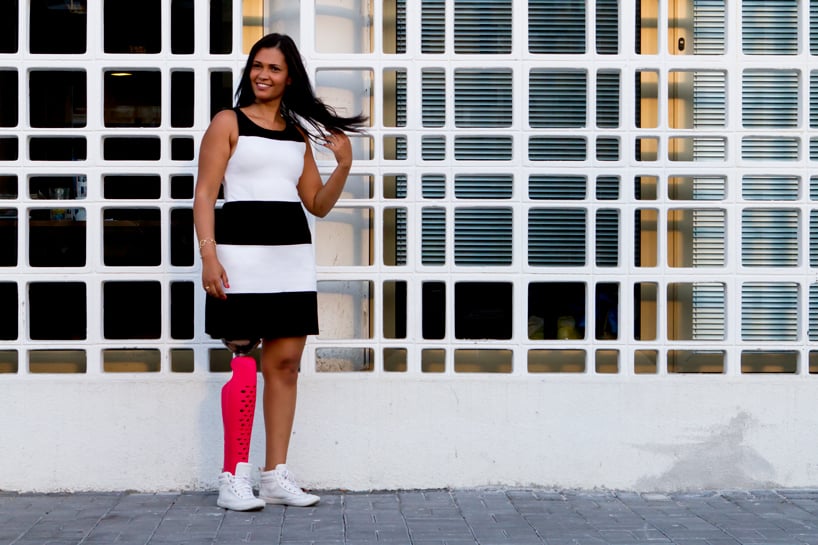 ‘I discovered that what could be a flaw made me even more beautiful’,  expresses anne caroline 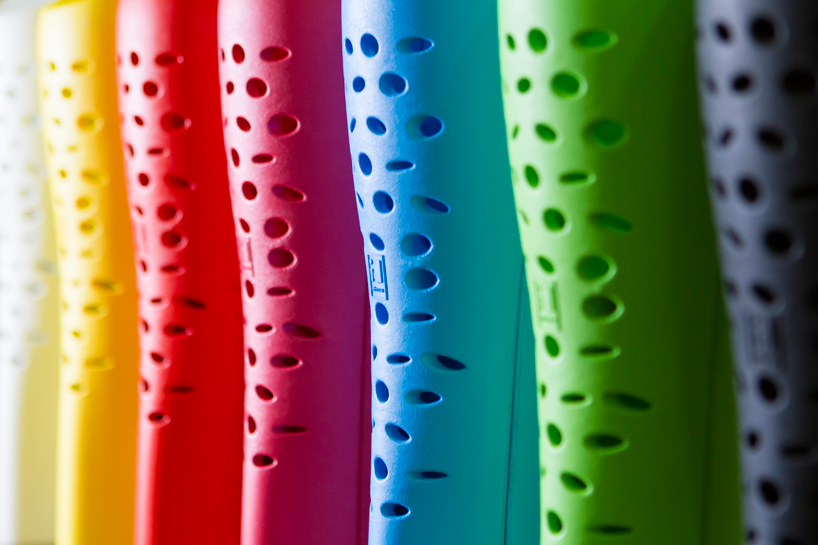 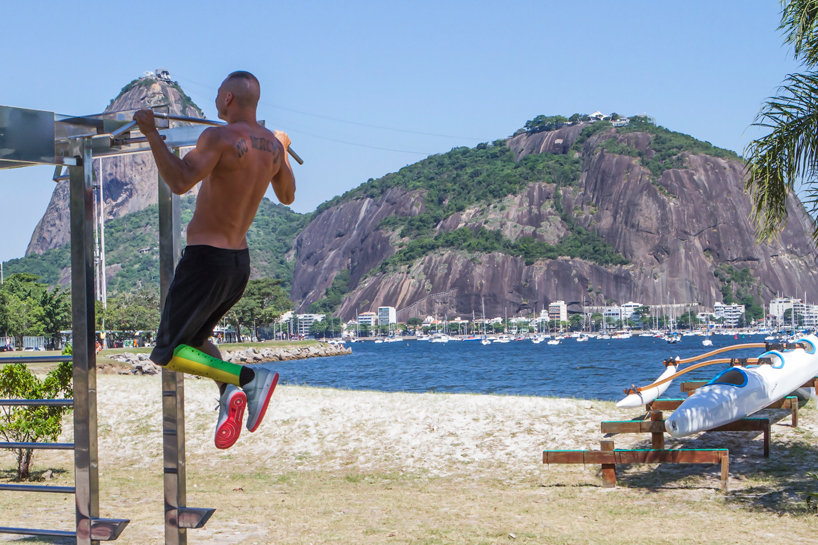 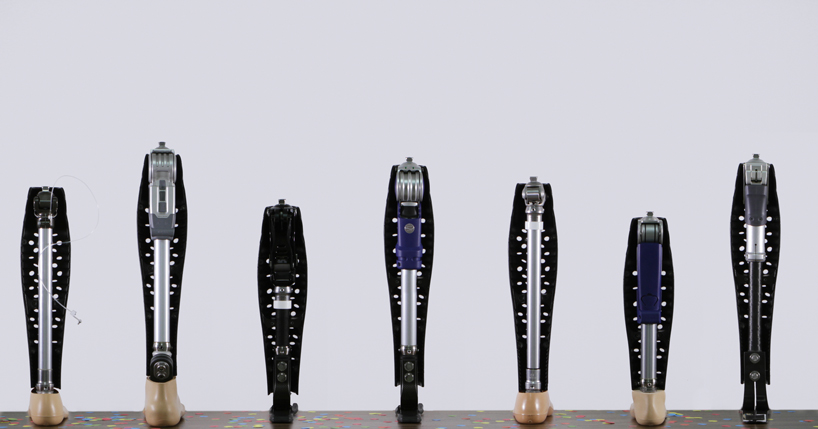 according to the designers, one confetti fits most

confetti is cuttable to easily adjust to the amputee’s height

close up view of confetti being used during outings 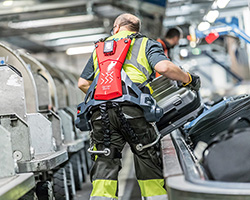 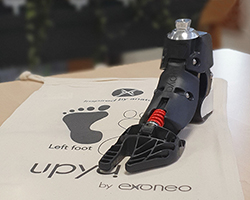 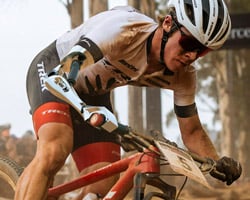 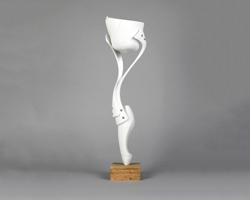 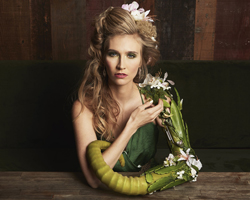