‘FUSE’ is a 3D MIDI (musical instrument digital interface) controller that allows you to regulate digital synthesizer sound wave and manipulate it in a fresh and intuitive approach. the object filled with mechanisms developed by israel-based industrial designer itai shir moskovitz; the ‘slip ring’ concept mechanism allows wires to move through a rotating cylinder without disengagement. growing up with the constant practice of guitar techniques, itai realized the vague gap between the feeling of integration from playing a physical instrument to the process of electronic music production. 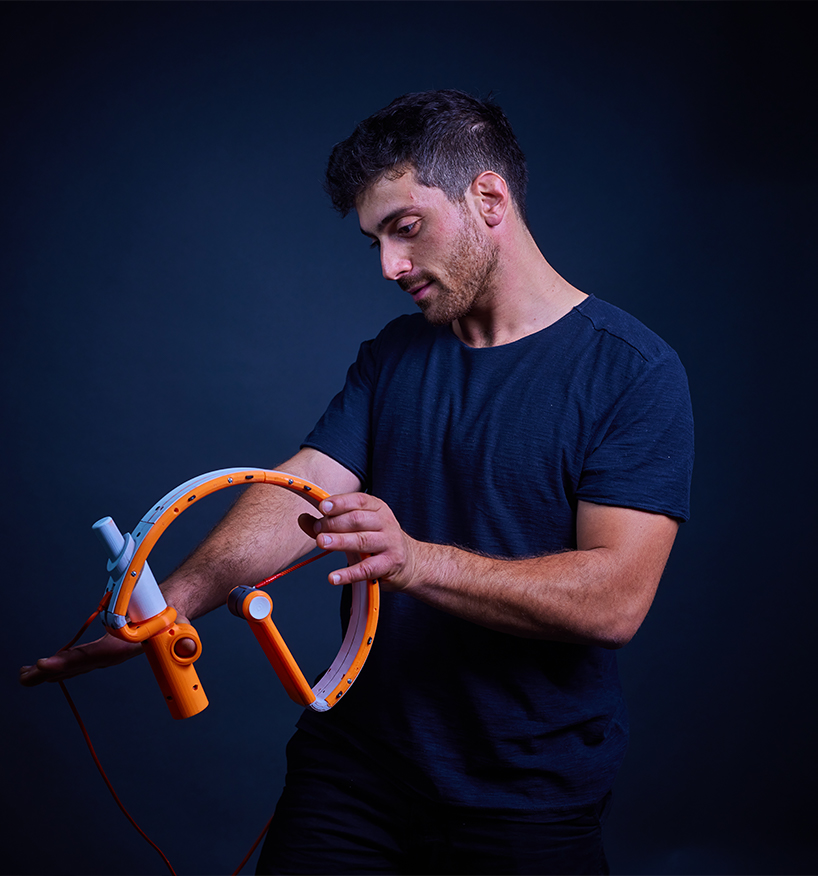 nowadays, most electronic music is produced by computers, a two-dimensional world, with a computer keyboard and a mouse. digital audio workstations (DAW) allow users to visualize sound and musical elements in a hyper-realistic manner. ‘but what about the physical connection? where is the physical indication? and where does the feeling of embodiment come into play?’

‘observing a DJ’s performance is almost like looking at a powerful ritual taking place. a single person standing alone on an elevated stage, above a dancing crowd applauding them as if they were some kind of spiritual leader.’ said itai shir moskovitz. ‘a similar ritual in the story appears in the bible: the story of miriam the prophetess. in the ancient scripture, it is told how miriam plays the tambourine, and all the girls are following her and singing to the sound of her music.’ 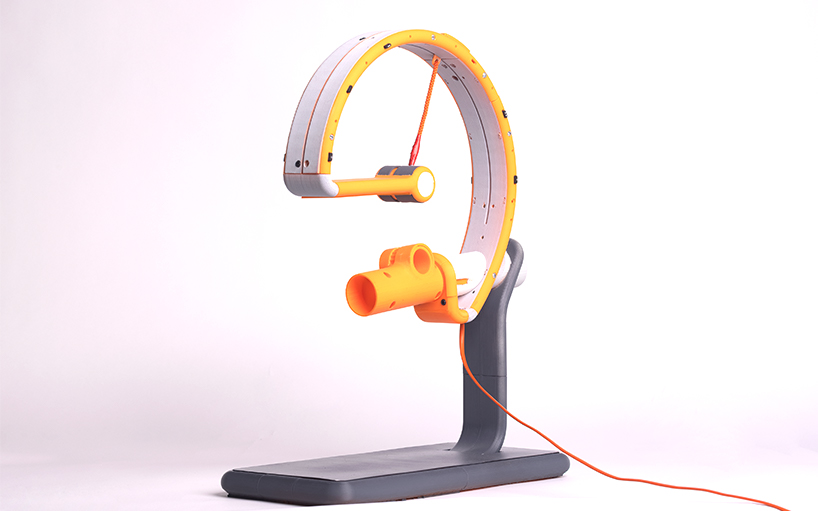 this ritualistic phenomenon is built into the design of ‘FUSE’ as the device includes a drum rack. it allows control over 3 parameters of a digital synthesizer simultaneously. one of his main developments included taking three potentiometers that usually live in the two-dimensional world of a common table MIDI controller and using them as three axes to produce 3D movement. in the course of the development process, the designer invented unique mechanisms that produce a harmony between the constituents of the instrument, moving it a step further from a mere playing mockup to a complete and finished musical instrument. 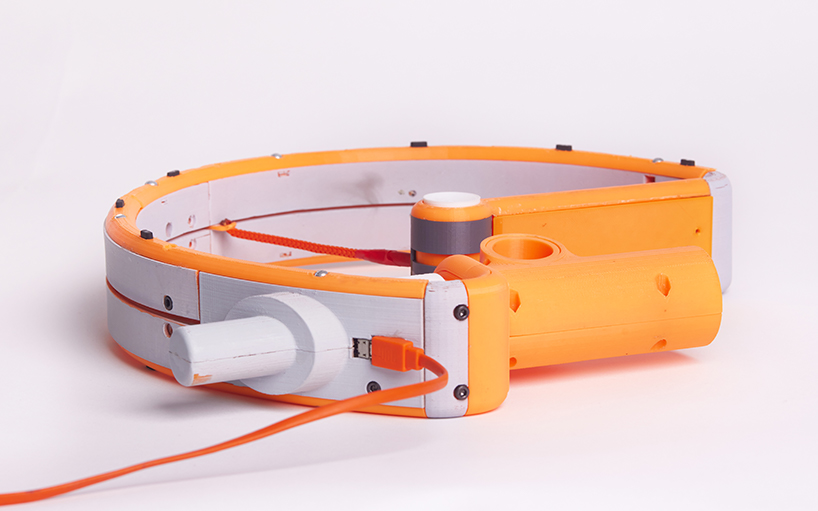 the physical development process involved mostly 3D printed models, and arduino — an open-source electronics platform based on very simple hardware and software. throughout his work, the designer put into doubt the way in which electronic music is conventionally played today. ‘it was important for me to examine new movements and gestures that express more deeply the connection between the sound produced and the movement of the producer. just like my experience with playing the guitar: when I play, I do not simply hit a key, but instead I perform strumming movements that have their own unique nature. I believe that the connection between the musical instrument and the musician is integral to the musical endeavor and embodied experience of playing music, as well as watching it.’ 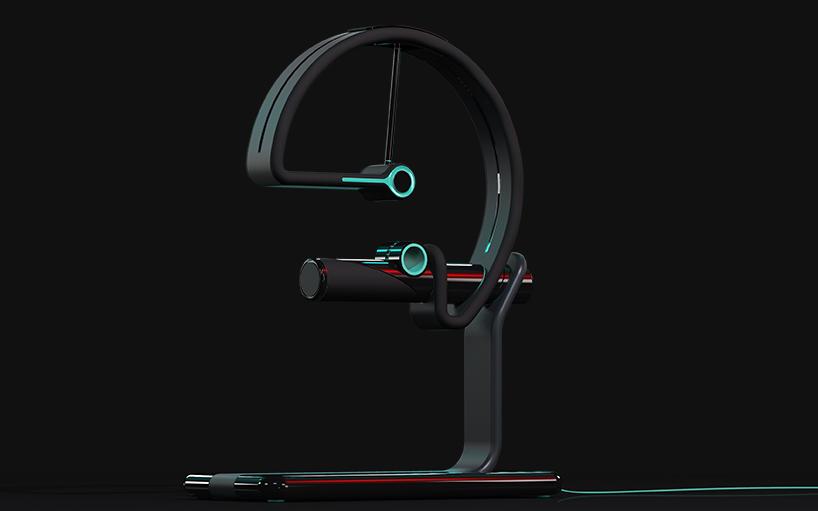 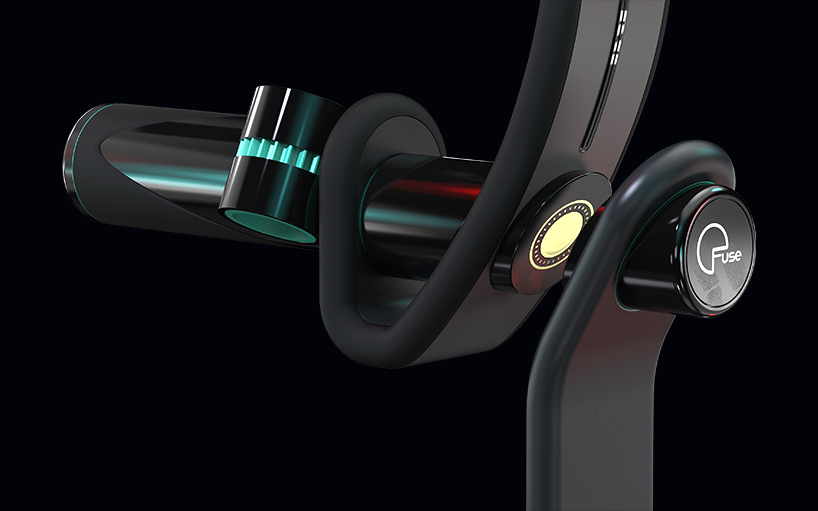 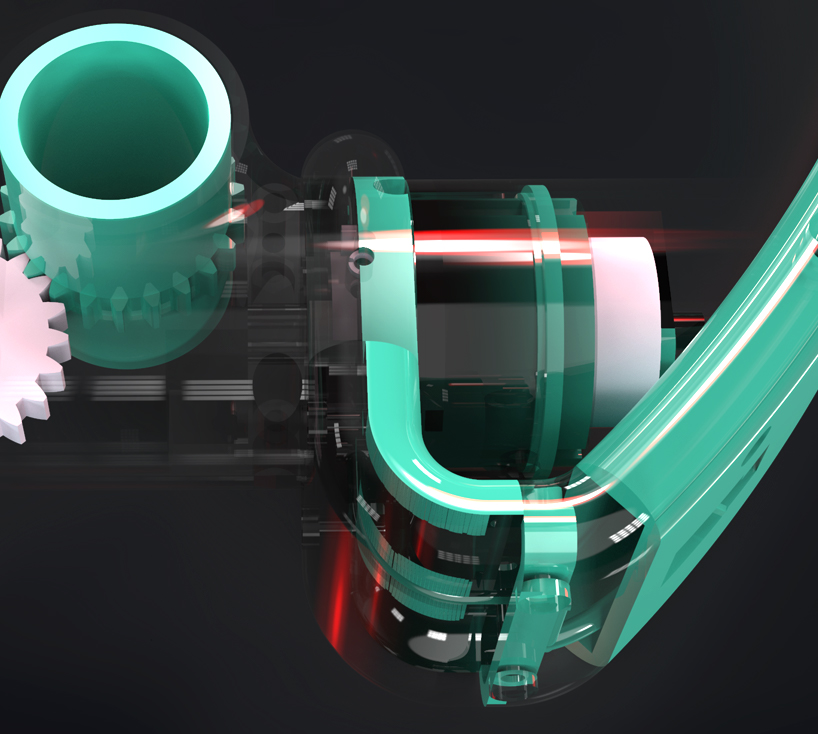 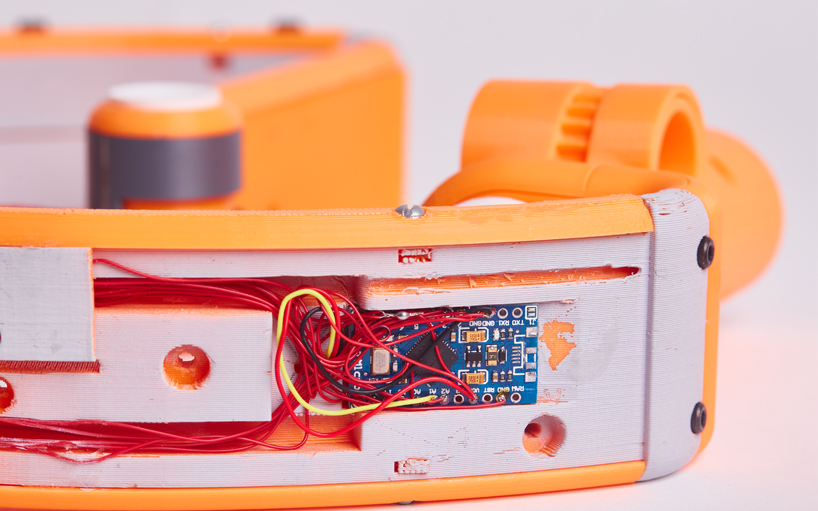 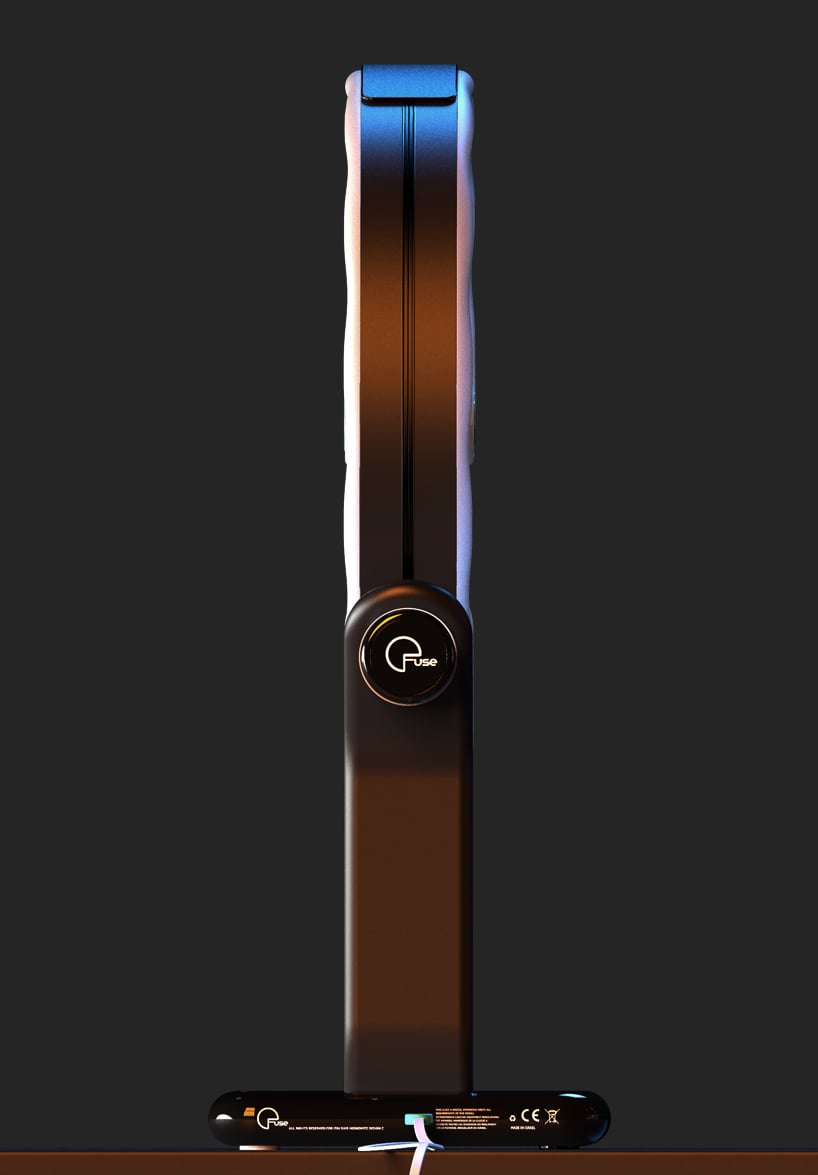 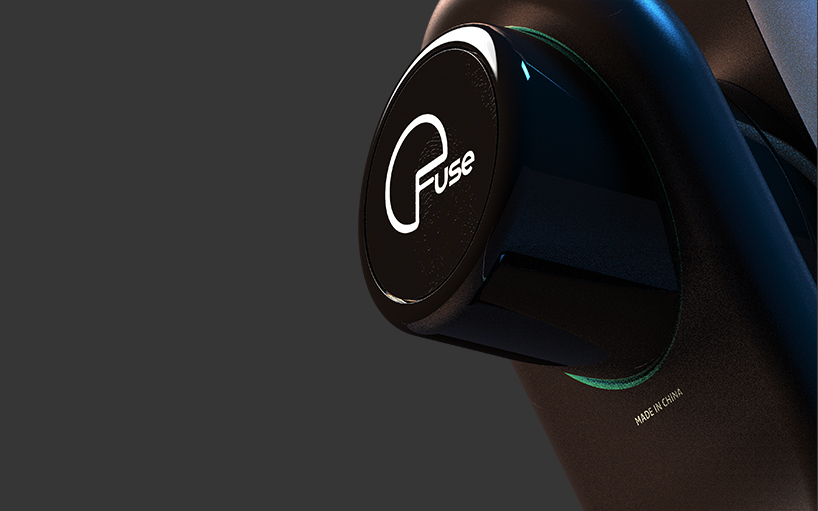 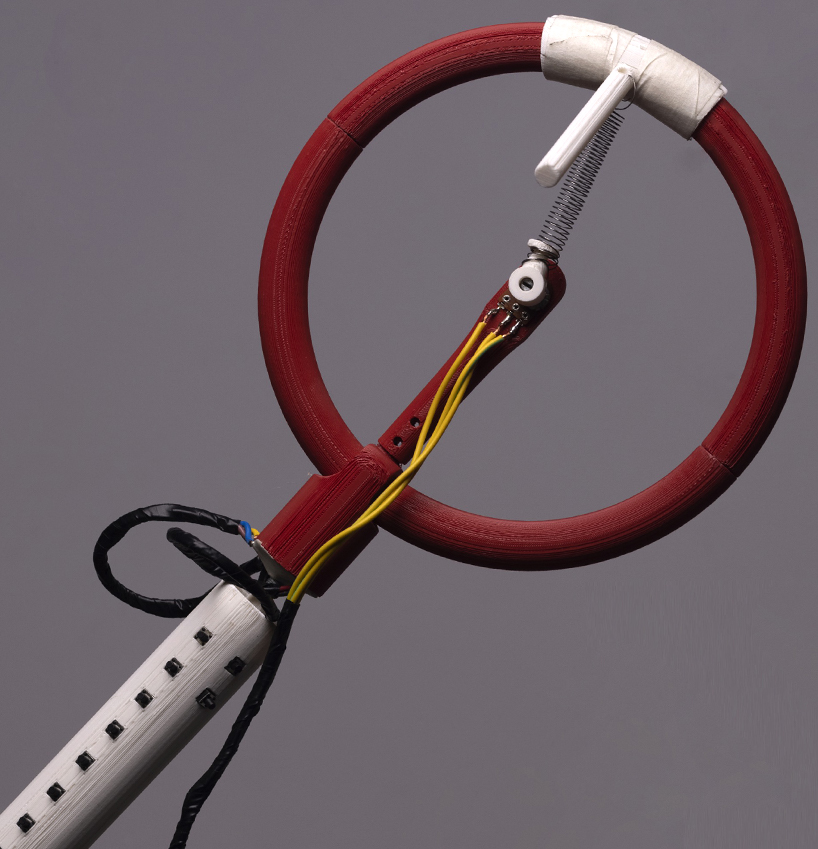 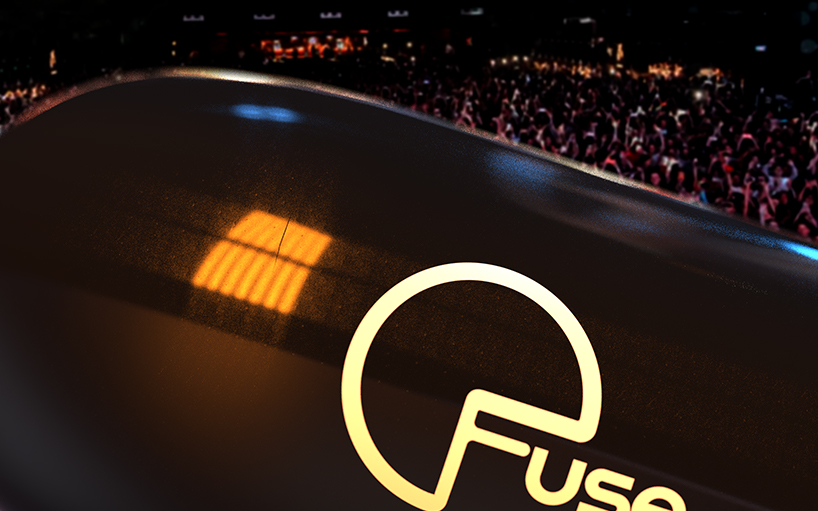 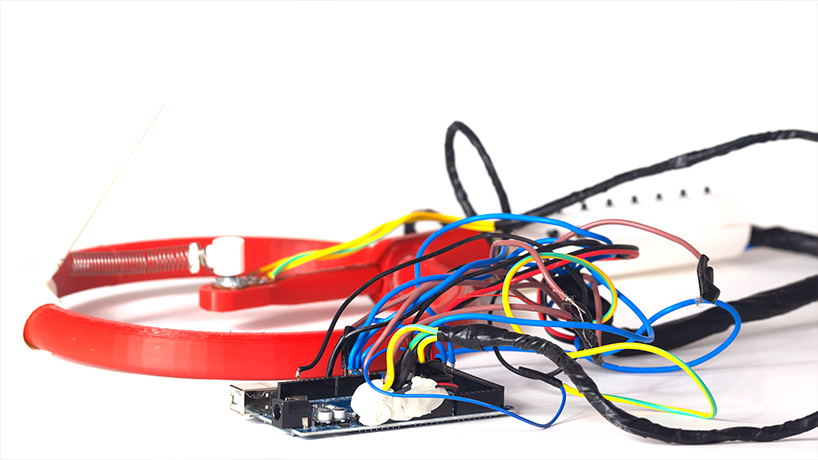