‘big jambox’ by fuseproject for jawbone

like its predecessor, the device wirelessly connects to any bluetooth-enabled device, capable of syncing with multiple devices. volume and track navigation can also be controlled via buttons along the top of the speaker. a newly designed omnidirectional microphone lets the device also be used as a speakerphone. jawbone’s ‘liveaudio’ technology for surround-sound-like listening, and the mytalk software for updates and the customization of the caller ID voice of the speaker or programming of special button functionality, integrate with the unit to provide continual functionality over time.

a built-in rechargeable lithium-ion battery provides 15 hours of continuous playback and 500 hours of standby time per each charge. 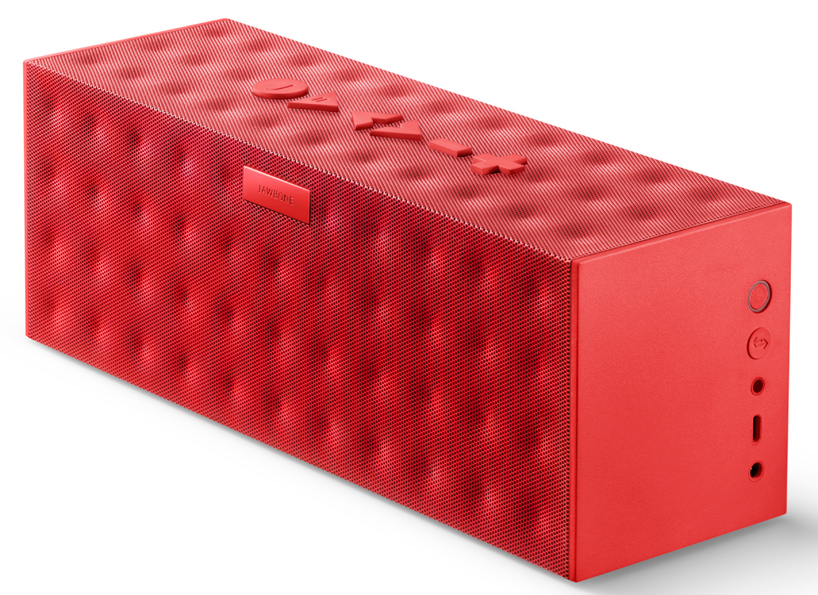 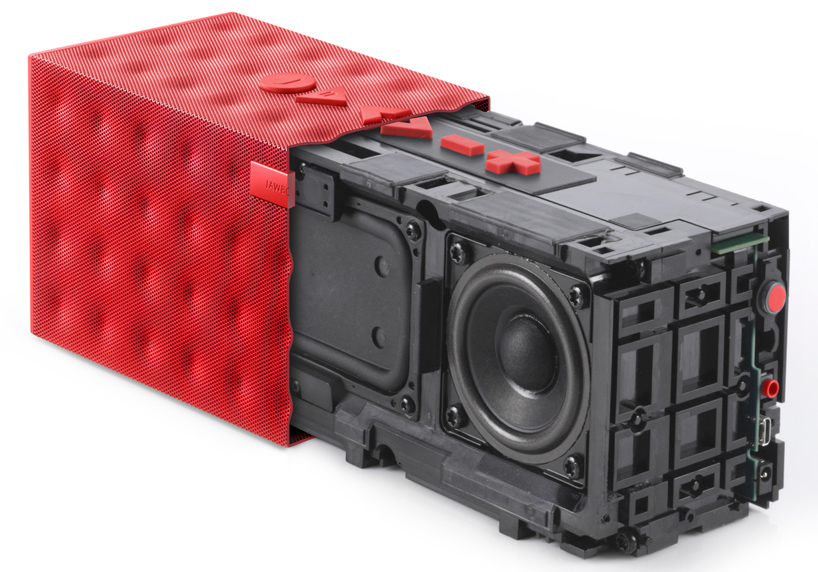 detail on top control panel, with expanded functionality compared to the original ‘jambox’ 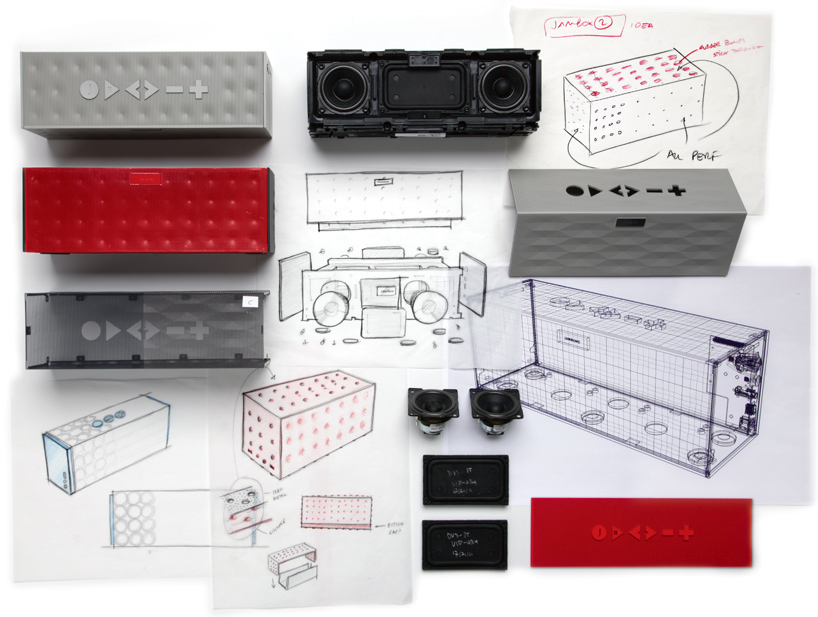