a tool that acts as both a grater and stir stick, features a built-in hook that latches onto the rim of one’s mug

in costa rica, the bribri women of talamanca produce organic cocoa and chocolate, their cocoa plants growing in a natural ecosystem, conserving the nature and land they inhabit. as their cocoa farms expand, so do the conservation of native rainforests. their main production is that of cocao patties, hockey puck sized disks formed by hand which are made from 100 percent cocoa, with no sugar added. 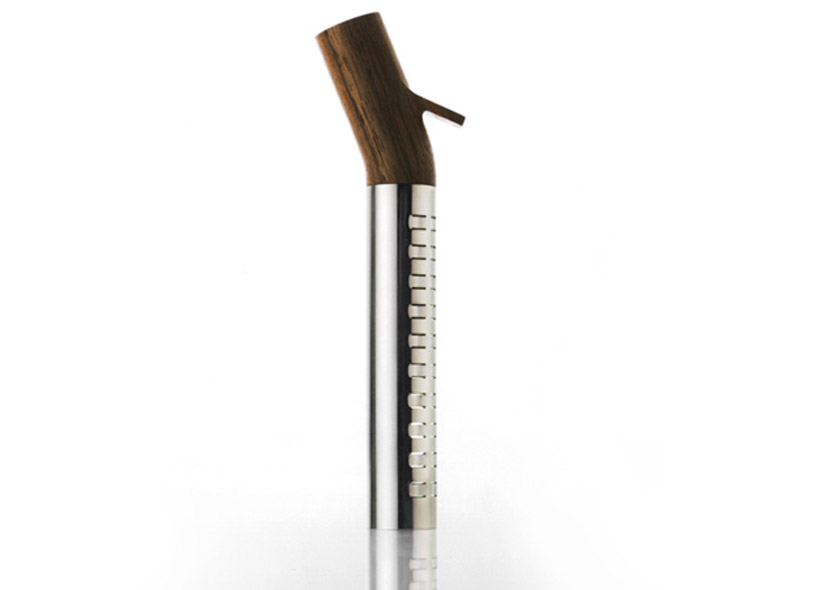 san francisco-based fuse project / yves behar saw this cocoa patty as having great business potential as the essential and only ingredient needed to brew hot cocoa – it just need a little design boost.

from the packaging and storage of the cocoa, to brewing it, turning the entire experience into a kind of ‘ritual’, fuseproject created a product eosystem that includes a logo, resealable packaging (drawing on the burlap sacs used to store raw cocoa beans) along with a tool to brake-down the patties in order to brew the hot cocoa drink.

the tool acts both as a grater as well as a stir stick, which features a built-in hook that allows one to latch it onto the rim of their mug before and after use, cleaning itself as it brews. the goal of the project is to bring awareness to the positivity of organic cocoa production. 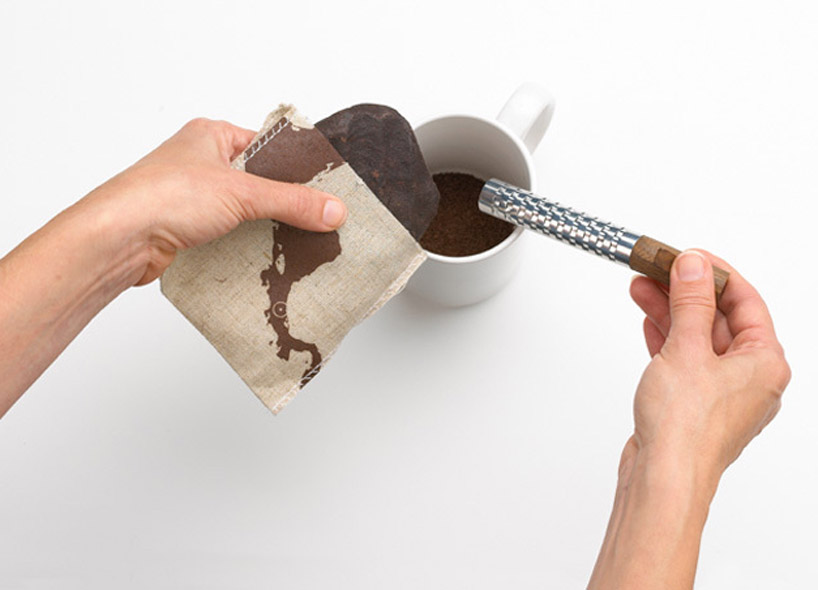 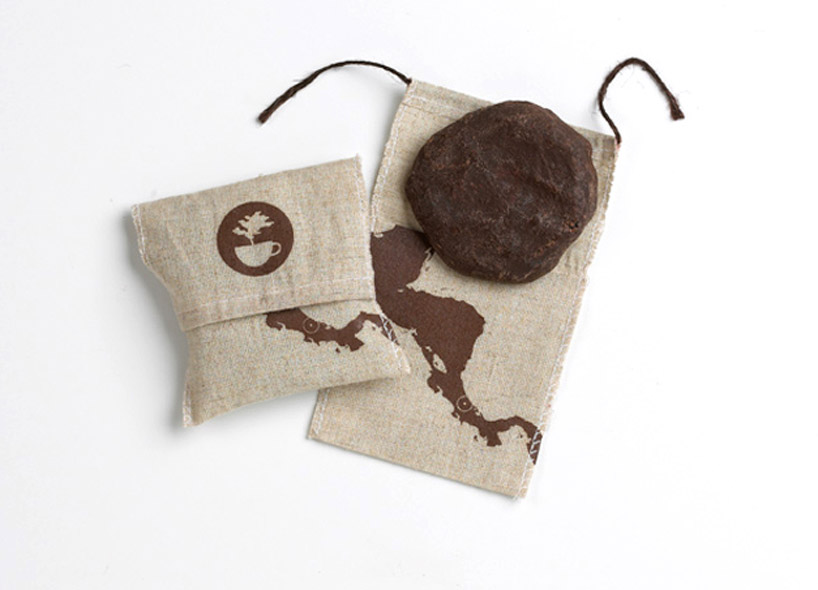