the italian sports shoe museum and marco mancin have collaborated to publish a new book on sports themes in the futurist movement. ‘futurism & sport design’ features 460 illustrations of futurist art along with both modern and contemporary examples of futurism inspired sport design.

futurism was the first cultural and artistic movement of the twentieth century to examine the emerging phenomenon of sport. although they were dealing with sport themes in an artistic way, the futurist have had an untold influence on the aesthetics of sport ever since. this influence can still be seen today in fashion, design and graphics. the book aims to understand the pioneering and radical contribution that this movement brought to creativity in sport design. 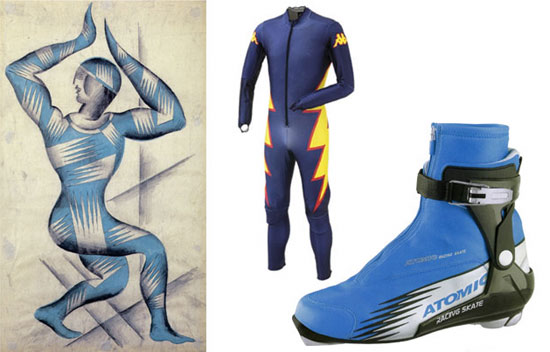