void is a term commonly considered useless, but in design, this often overlooked aspect plays a vital role. a bowl made by creating a void in wood, an arched bridge constructed on top of false work which becomes void upon completion… intentional or coincidental, voids in objects have the power to define the function and aesthetics of the objects. it’s a dismissed yet integral part of design that captivates our imagination. the exhibition ‘objects with a void‘ examines new ways of recognizing the role of voids in objects through the works of 6 designers, whose work crosses peripheries of disciplines: paul elliman, gemma holt, max lamb, peter marigold, hiroko shiratori and study o portable. 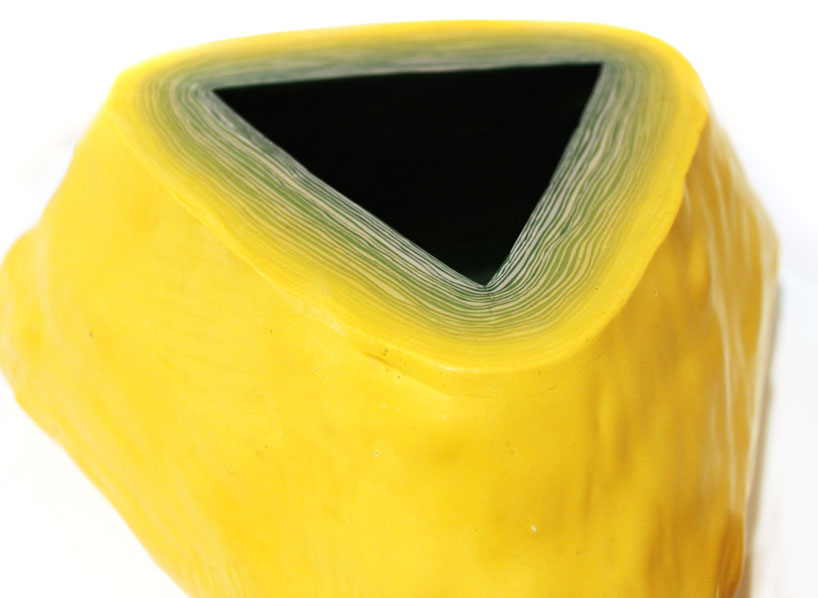 study o portable shows their project ‘fuzz’ which utilizes a void as the main tool of production. a geometric shape is made in wax and the ceramic resin is brushed on in layers, blurring the rigid shape with organic roughness. when cut open, the resulting object becomes a container. a container as an object has a specific function determined by the size and shape of the empty space (void). ‘fuzz’ becomes obsolete in function as it loses the ability to accommodate the original shape.

study o portable is a designing practice for accessories and other portable objects based in london, founded by bernadette deddens from the netherlands and tetsuo mukai from japan in april 2009.

the pieces are showing during the london design week, 18 september – 26 september, 2010 at ‘objects with a void’ in brompton design district, 2nd floor, 3 yeoman’s row, london. 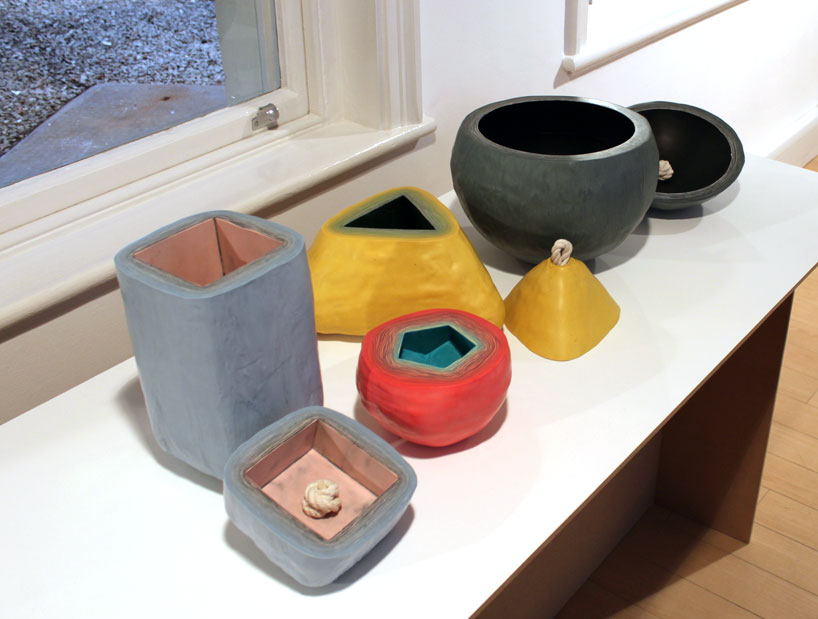 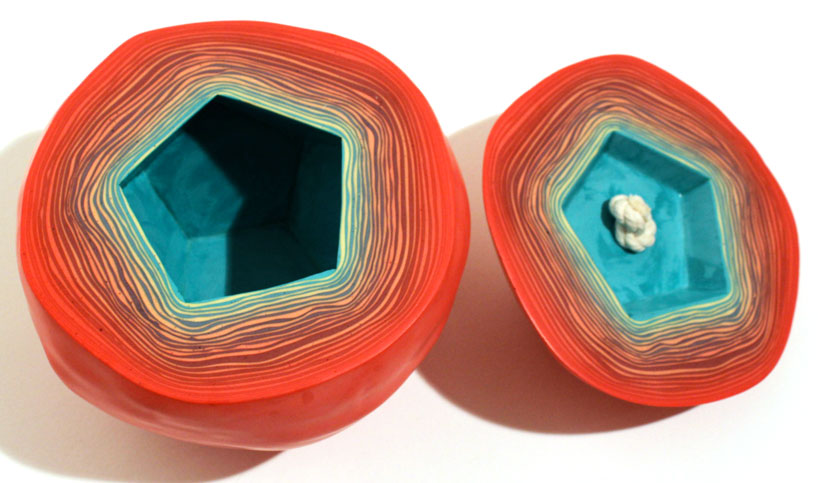 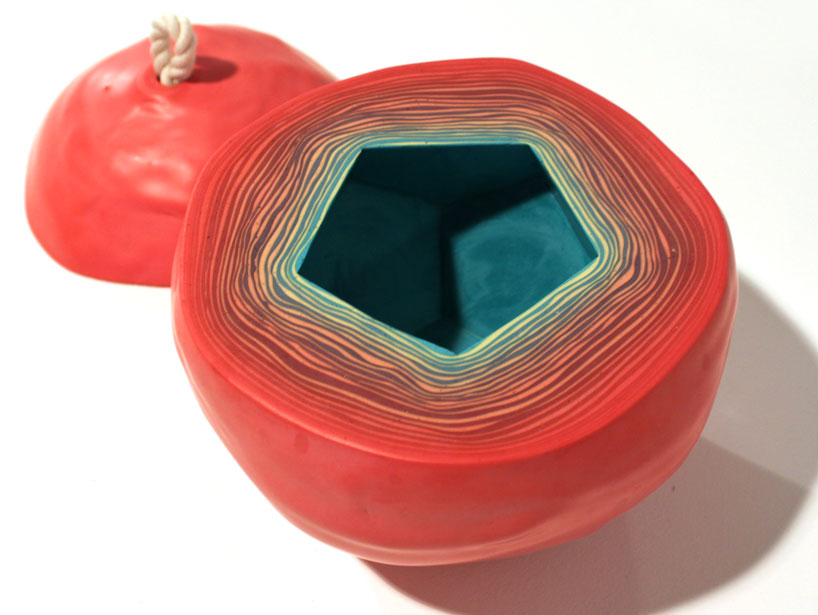 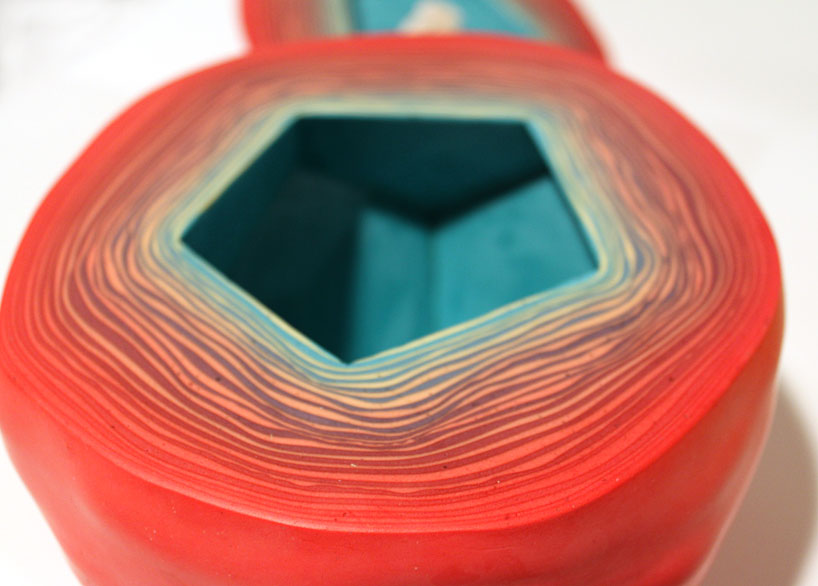 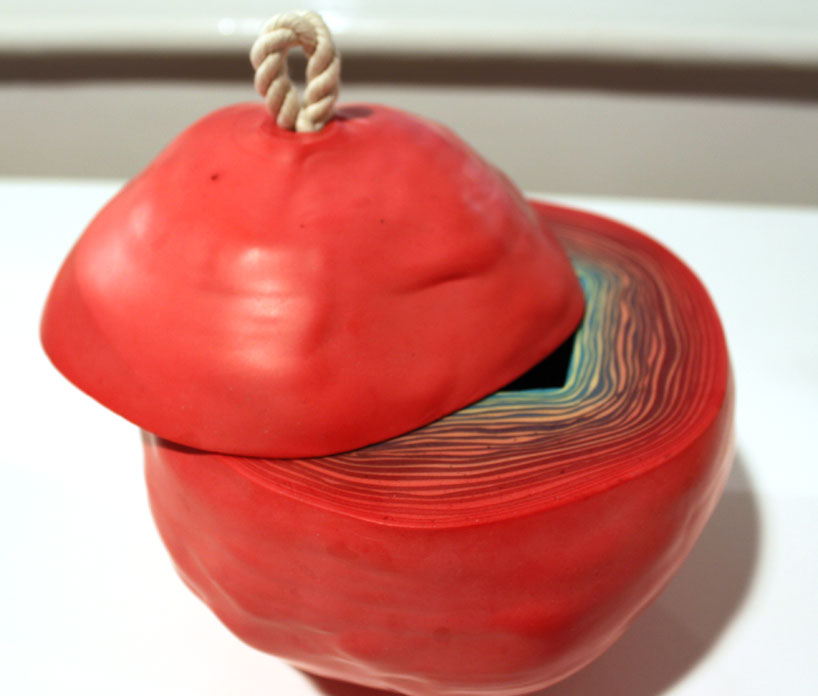 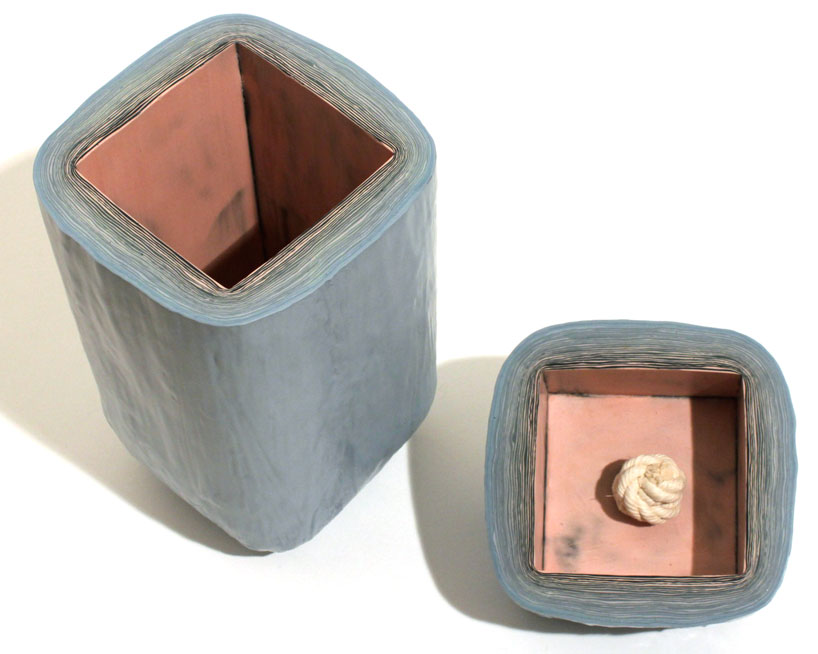 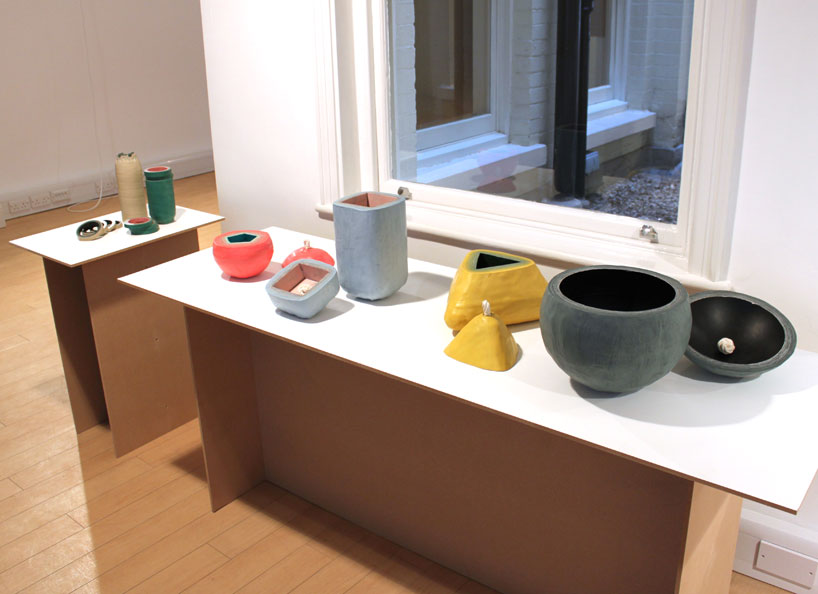 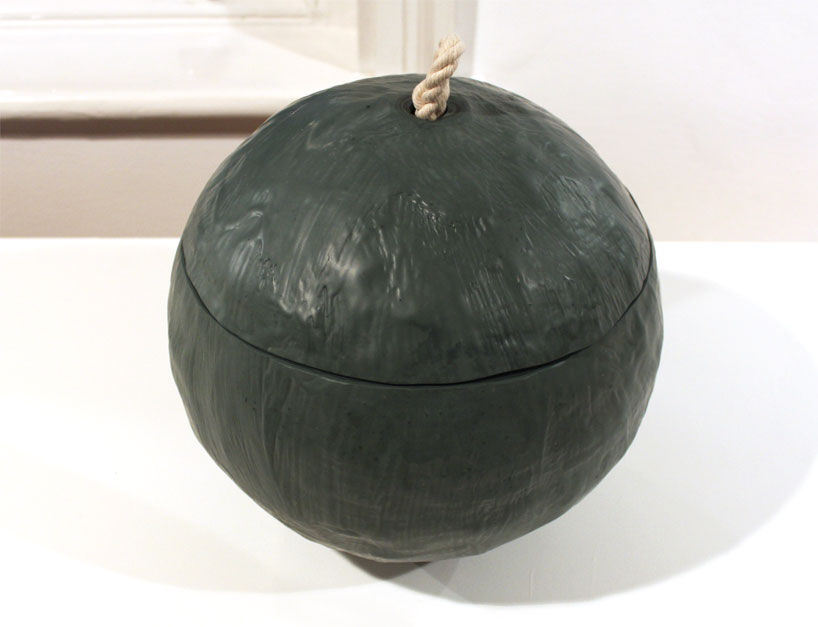 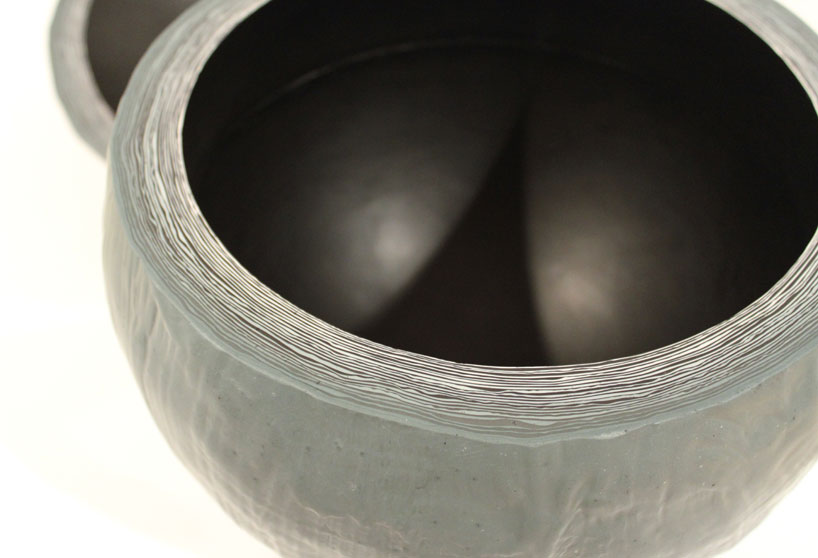 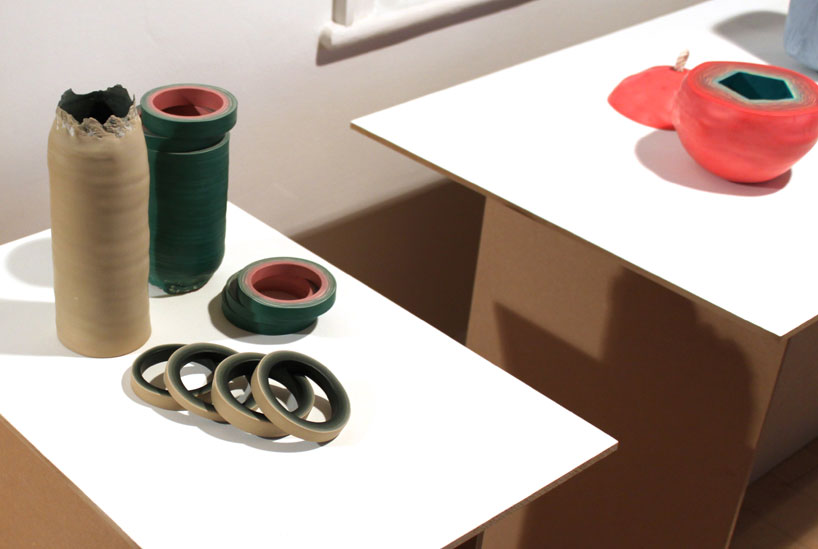 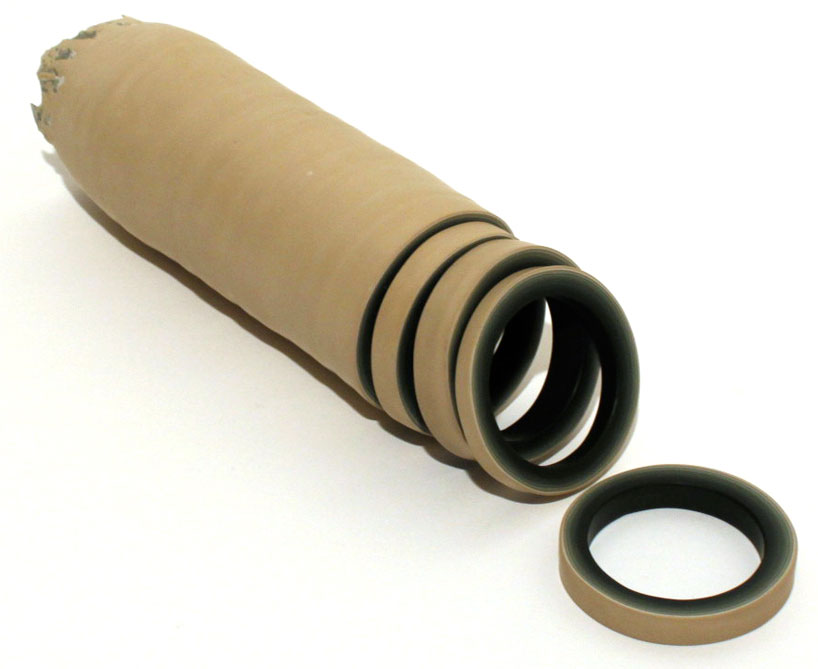