from noise pollution to musical composition, the fuzzy logic project
all images courtesy of marta santambrogio

in 2014, european parliament passed a notion that will force automobile manufacturers to make all electric vehicles audible for pedestrians by 2019. for those unfamiliar with the issue; it’s entirely possible that an electric car could follow a person walking, at less than five feet distance, and that person would have no auditory awareness whatsoever that there’s a vehicle less than an arm’s length away. as is now known, having silent vehicles isn’t plausible, but the cadence of a million car horns and busted exhaust manifolds is hardly better. 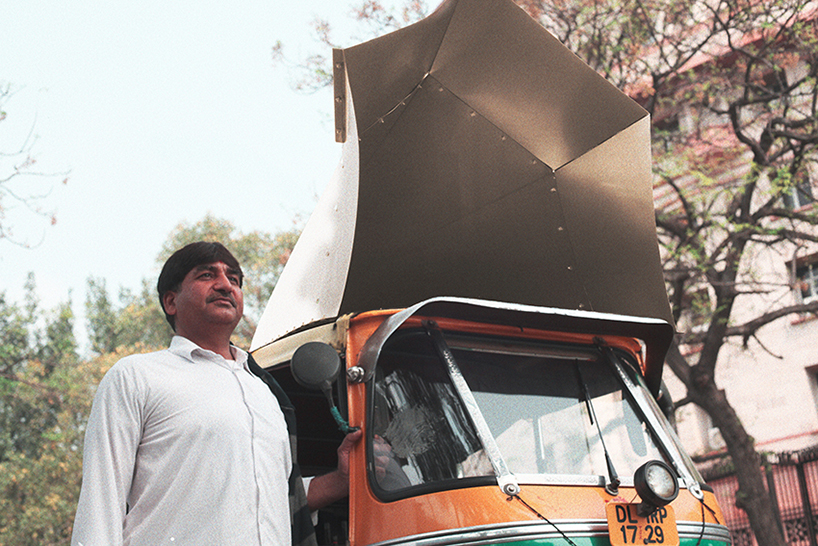 musically-inclined designer marta santambrogio offers a different solution. a silent vehicle is basically a blank canvas, on which anything can be projected, so why not turn them into music making machines? the car becomes a mobile speaker, traffic transforms into a musical experience. as long as the populace doesn’t have an affinity for speed metal or riff raff — the daily commute could quite possibly be a pleasant experience.

to test the concept, known as the ‘fuzzy logic project’, santambrogio and a small team of collaborators packed up and took off to india: the mecca of noise pollution. tuk tuks, the ubiquitous symbol of modern india, were the chosen subject of experimentation. given the fact that every day more people drive the tiny vehicles than the populations’ of germany and the UK combined — nearly 150,000,000 — changing the tuk tuk, was by extension, changing india itself. 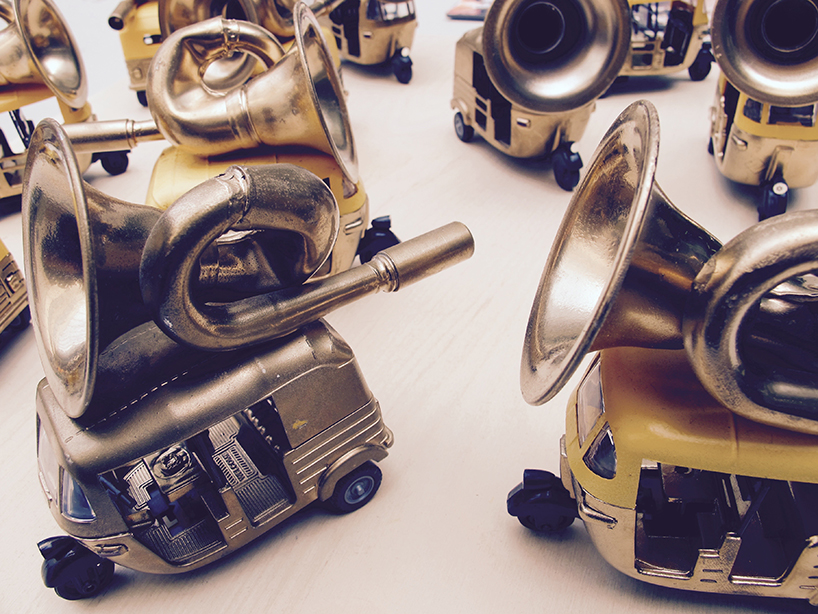 local delhi musicians, along with santambrogio, sat down and began to create a library of instrumental solo samples that are, in theory, able to generate more than a thousand trillion — if you can imagine that — different harmonic combinations. not too different from say, a live orchestra improvising in a jam session. in the proposal, each vehicle plays a single instrument within the outfit, which comes together with millions of others to compose a spontaneous, never-ceasing musical extravaganza. 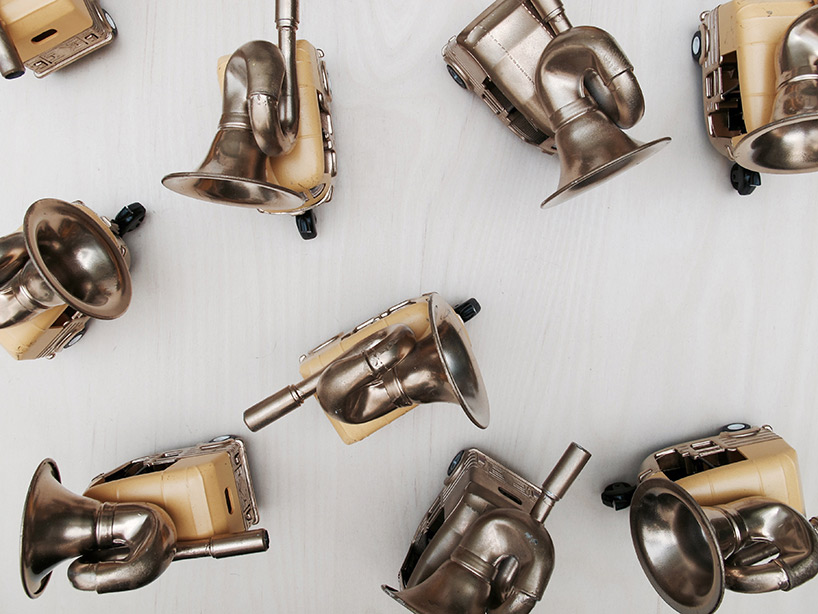 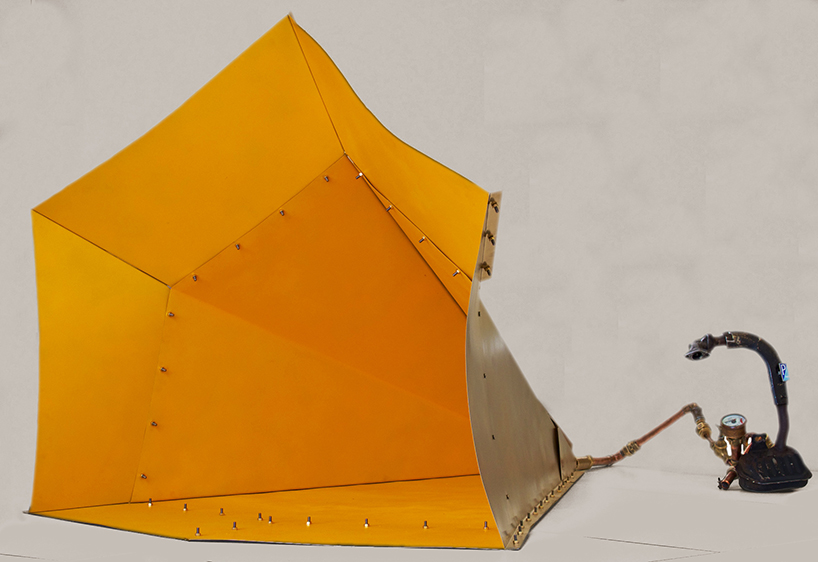 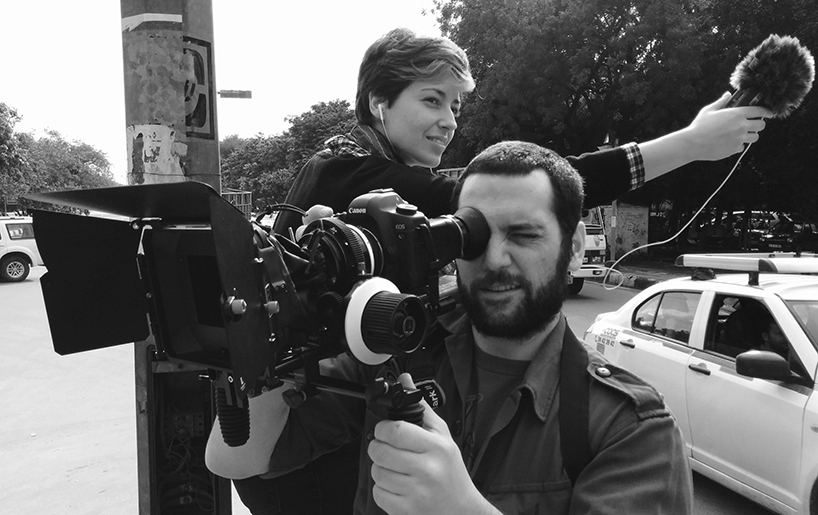 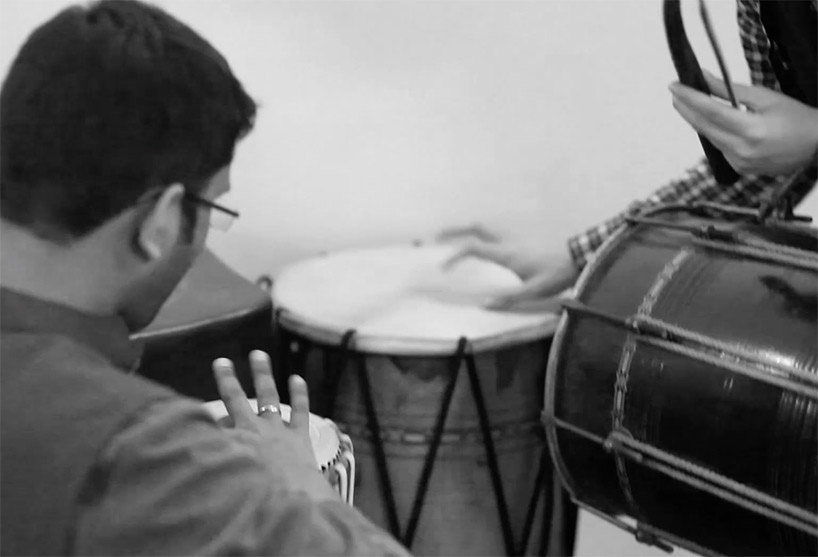 indian musicians and instrument makers were closely involved in the project 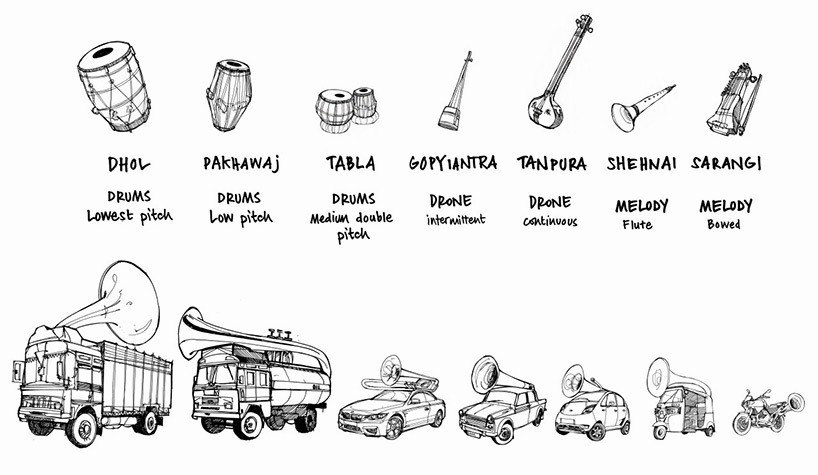