G.H. mumm has collaborated with ross lovegrove to design a new champagne sabre and limited edition sculptural case – a clean-cut white polyurethane lacquered casket that houses a stainless steel sabre and a bottle of G.H.mumm french house’s cordon rouge. developed for both left and right handed use, the ceremonial sword is curved at the handle, where the line then straightens towards the tip. ‘the object responds to the bold, multi-sensorial and culturally-enriching sabrage act through a natural and highly personal attraction for ‘the cult of the object,’ says lovegrove. on the façade of the elegant enclosure, a red pebble-like capsule seals the case with a pressure fit; ‘the contrasting detail acts as a metaphor for an age marked by innovation and discovery, style and freedom of expression,’ he adds, where the signatures of G.H. mumm and ross lovegrove are engraved. 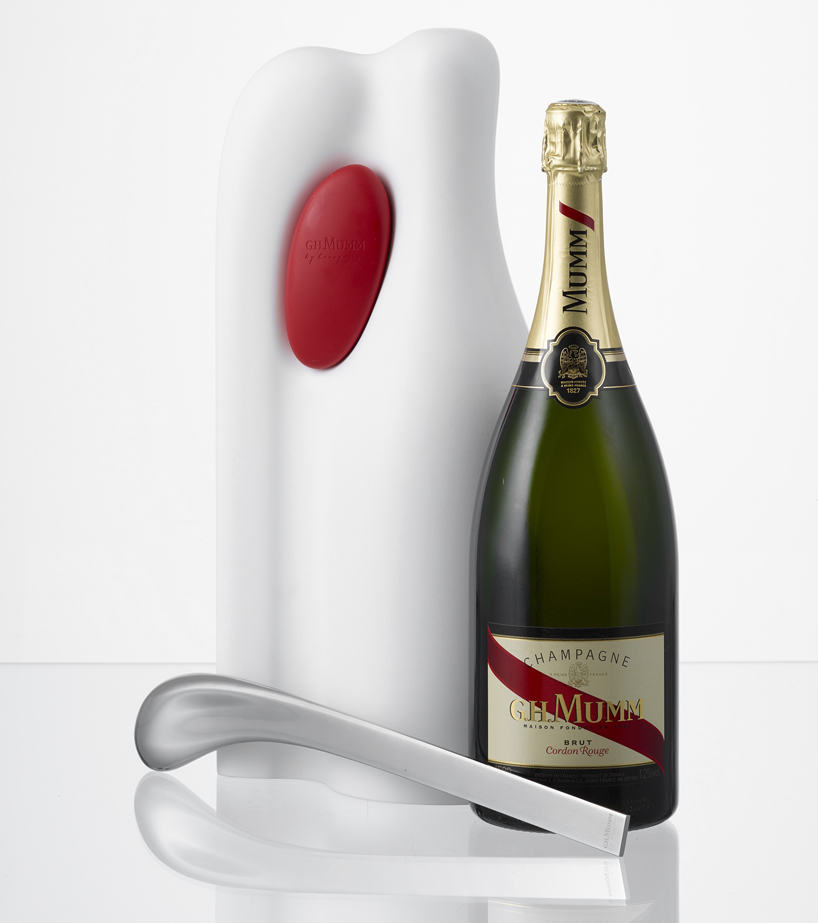 the limited edition sculptural case in the vertical format 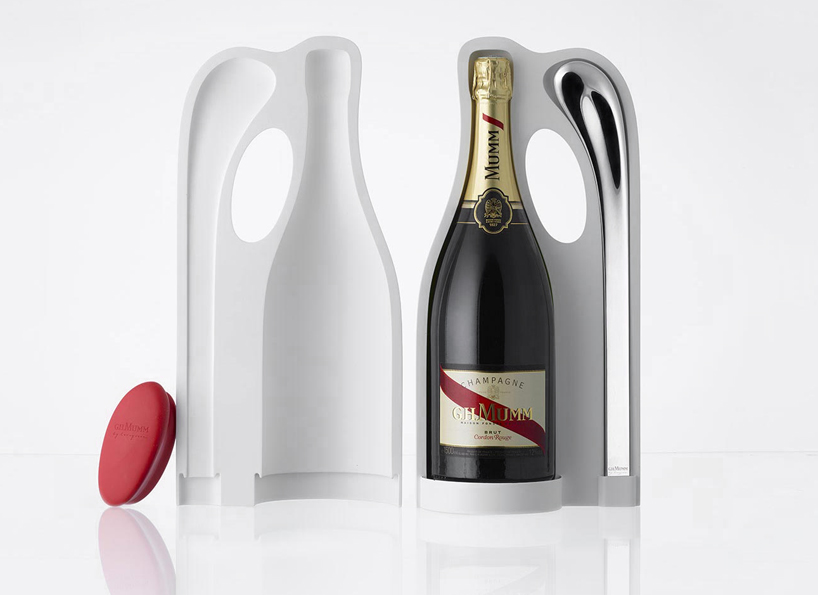 ‘there’s a vertical version which is pretty much aligned with the neck, but it’s the same principle of this sort of positive, negative — the external enclosure concealing the beauty of the reveal’ 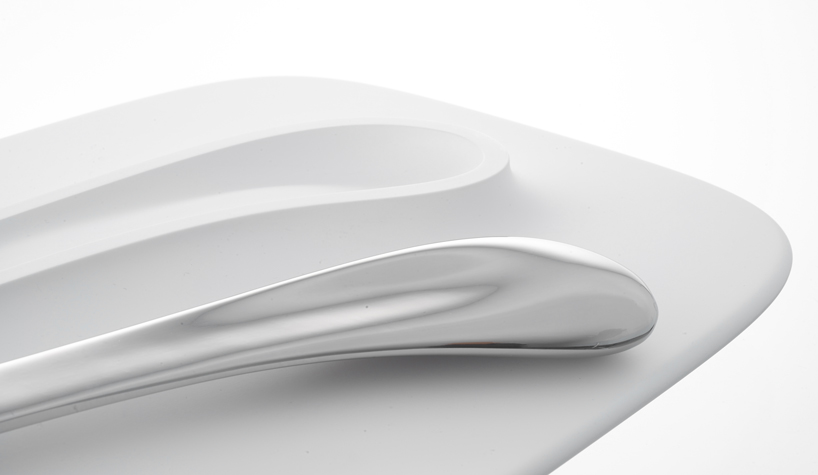 the ceremonial sword is curved at the handle, where the line then straightens towards the tip 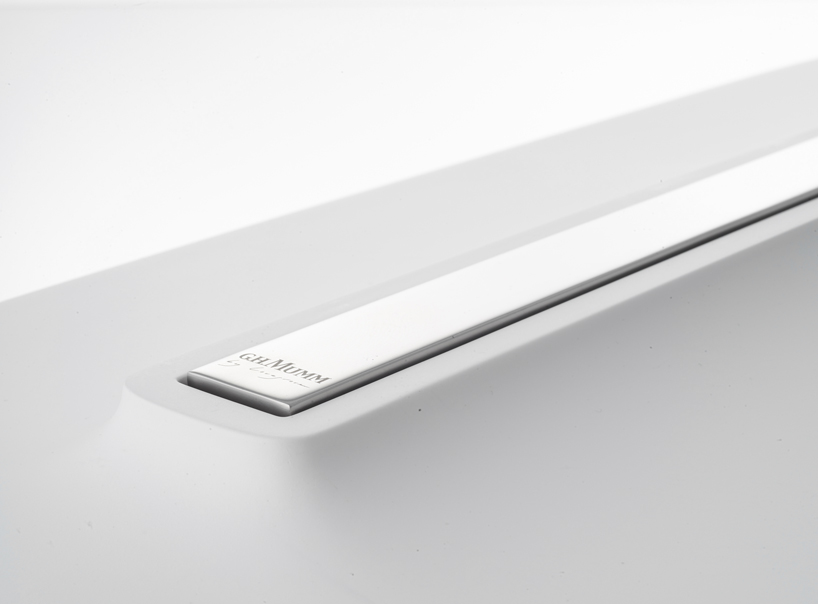 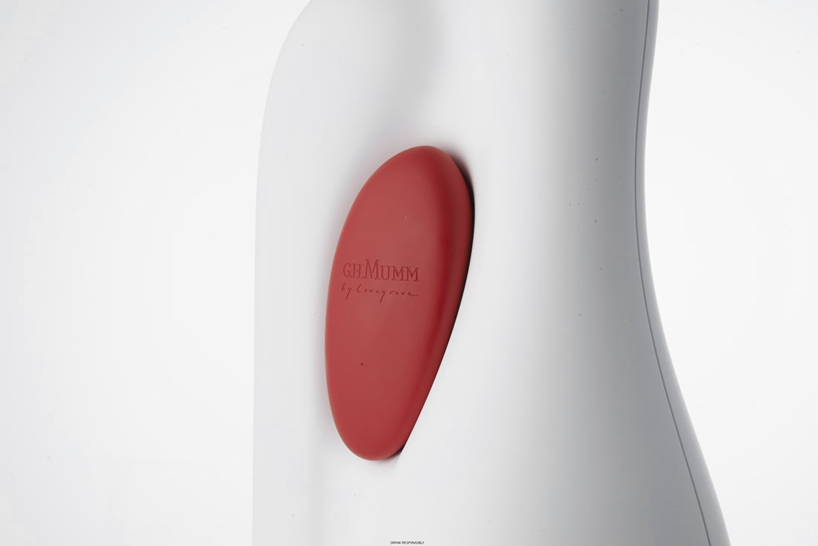 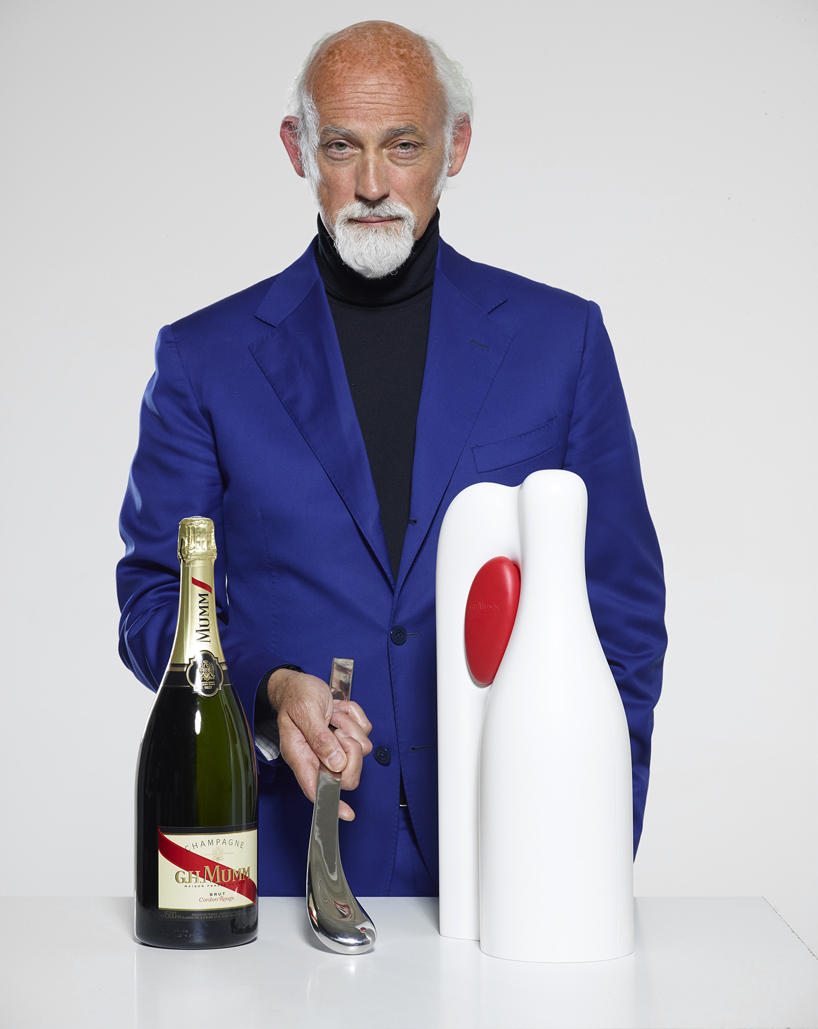 ross lovegrove with the champagne sabre and sculptural case 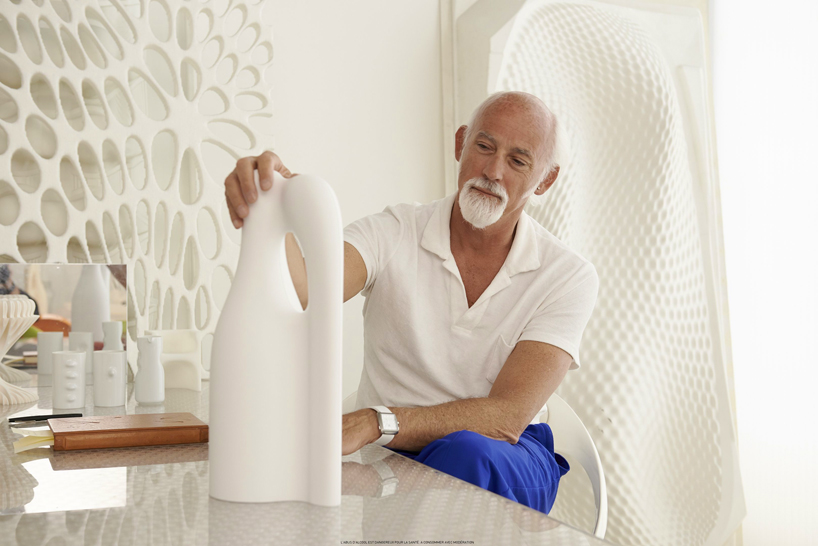 ross lovegrove with the prototype