the ‘gardiner CH4’ is a composting toilet designed to relieve sanitation problems in densley populated areas. the waterless toilet was developed by industrial designer virginia gardiner. the exterior of the ‘gardiner CH4’ is moulded in 90 percent horse dung. the waterless toilet works by packaging waste into a biodegradable material, which seals off bad odors and allows the user to carry the waste to the nearby biodigestor, where the waste is converted into useful methane, which can be used as a cooking fuel. 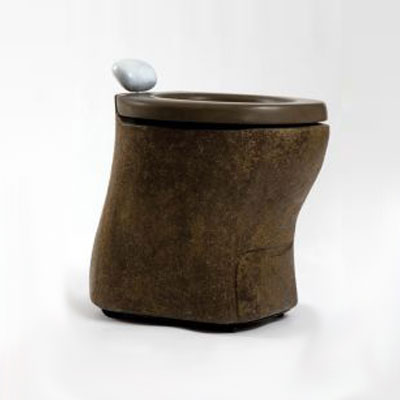