as industries shift from standardization to optimization, as cities move from the physical to the virtual, traditional approaches to urban planning have become obsolete. it is an urban process in which thing designed for one particular function are used for another.

individuals with no or limited connection to each other—in terms of the merchandise they offer, the clientele they cater to, or, in certain cases, in terms of nationality and ethnicity—perform the same gesture: every morning they drag a speaker out their front door and crank up the music. 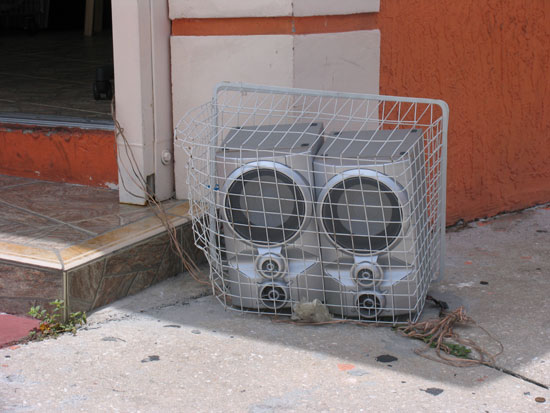 just as the music emanating from these speakers can be said to invade public space virtually, there is a physical invasion that accompanies it. the speakers are literally placed on public sidewalks. and with the speakers, a number of other elements are also brought out. plants in shopping carts, sugar canes in milk crates, bouquets of brooms stuffed in trash cans, fully-dressed mannequins, exercise equipment, belt racks, chairs, clothing, flags, local newspapers, overstocked soft drinks, and all kinds of merchandise spill out beyond the shop’s walls, beyond its architectural limitations. if we insist on visualizing a map of recurrences in little haiti, it will be noticed, too, that all these speakers are protected with improvised wire casings, mounted on casters mass-produced for large trashcans, carried in shopping carts, or tied to the building structure itself with rubber bands, tapes, chains, their own power cords, and other materials. the consistent reappearance of these traits begin to produce an archetype.

a shift to designing systems over things hasn’t thus far meant a new homogeneity for design disciplines. the systems established have been vastly different. in some cases, as in oma’s seattle central library, statistical data is used to determine the organization of a building-literally. 2 information translates into structure; diagrams morph into blueprints. in other cases, as in the projects of françois roche, algorithms are extrapolated from biological forms, in a quest for a set of active and immanent shape-making processes, and applied to building designs. as roche explains in a 2008 interview, “in the beginning, we were thinking to integrate nature as a substance and now we integrate nature as a protocol.”3 in the parametric approaches of architects like toyo ito and aranda/lasch, rules and systems are often established and allowed to themselves generate forms. the here featured brief extract is taken from gean moreno and ernesto oroz’s article on e-flux. see more images here 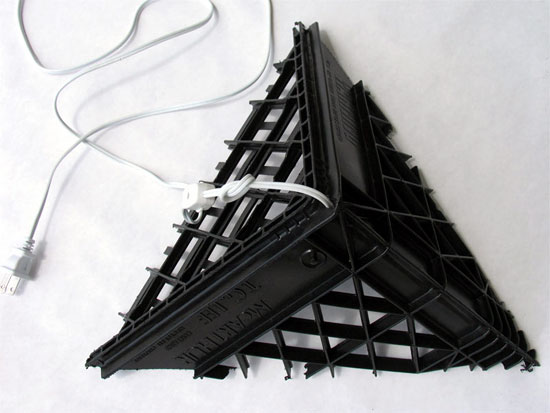 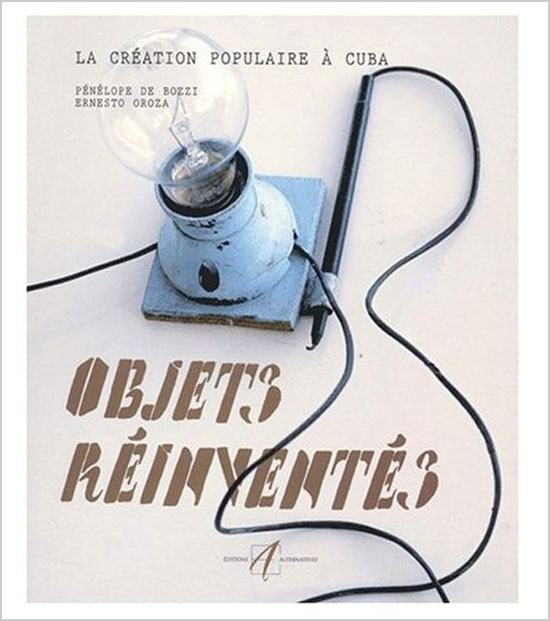 you might also want to read about ‘architecture of necessity‘ a study on transformed architectura in thecontemporary havana by maja asaa, greta garcía, mira kongstein and ernesto oroza.