the traditional italian furniture manufacturer gervasoni offers an entire wardrobe of tailor-made swap covers for its furniture. upholstery has never been so well dressed. 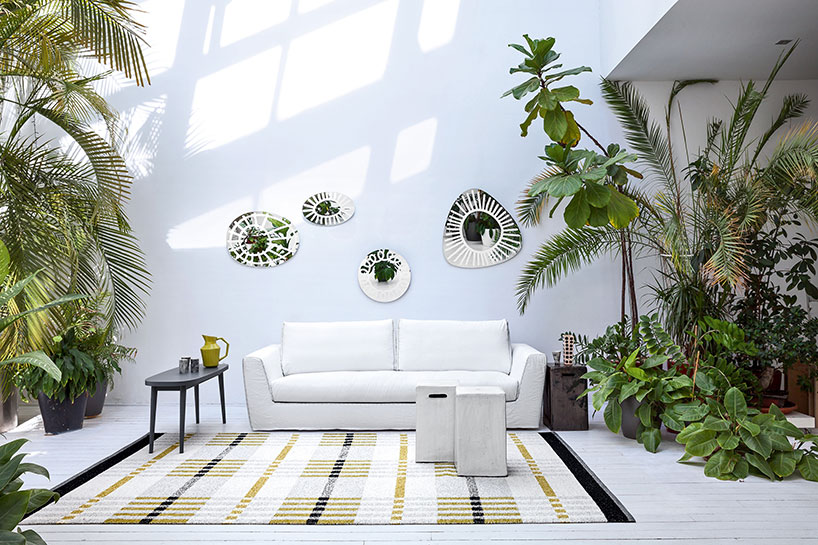 gervasoni’s style represents a special idea of lifestyle made of high quality materials combined with sophisticated and informal design able to match different ways of living.

indeed, a key hallmark of this italian long-established furniture brand – based in pavia di udine in northeast italy and now headed up by third-generation family members giovanni and michele gervasoni – is its ability to reconcile functionality and elegance. overseen by its creative director, paola navone, the italian design legend famous for fusing sophistication and playfulness, its products are chic yet casual.

this fondness for stylish informality is epitomised by one of gervasoni’s signature ideas – its upholstered furniture’s easily removable, highly versatile covers available to both the domestic and contract sectors. these allow every upholstered piece by the brand to be transformed into a design with a totally fresh look in a matter of seconds. gervasoni’s fabrics are all designed by paola navone, and their refined subtlety, thanks to sophisticated nuances in colour and texture, greatly enhance the variety of covers. take her innovative 3D quilted fabric that envelops the round-countered, body-cocooning ‘nuvola’ armchair. 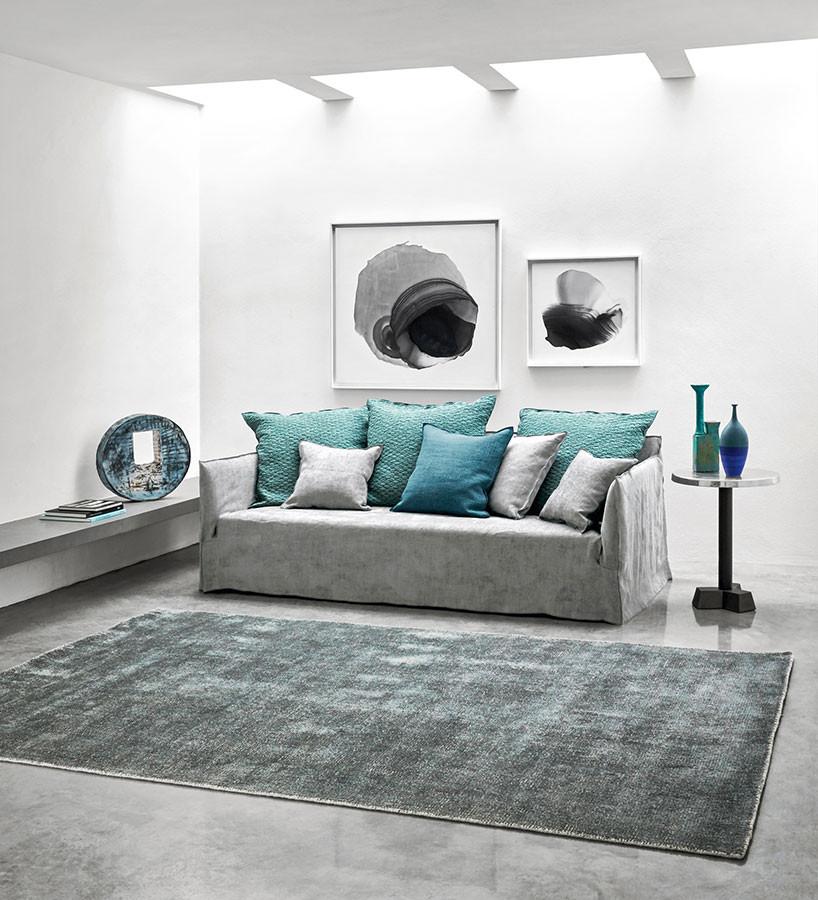 the ghost sofa’s loosely draped covers, which can be changed in a jiffy, are appealingly informal

this speedy, convenient exchange of one cover for another – an obvious analogy here being the way we cast off and throw on pieces of clothing in an instant – comes with several benefits. the first is aesthetic: the style of a sofa, for example, can be radically altered when a new cover is slipped over its frame. such flexibility allows gervasoni’s upholstered furniture to reflect fast changing trends in interiors. yet these practical covers can also blend well with established styles of décor that suit each client’s personal taste – from perennially popular minimalism to the flamboyant, maximalist styles increasingly championed by designers, especially when accessorised with colourful cushions.

these rapidly changeable covers can give a room an instant makeover – at one extreme, pale cottons and linens introduce a light, airy and ethereal mood, at the other, opulent fabrics such as lustrous velvets conjure up a more exotic, theatrical environment. 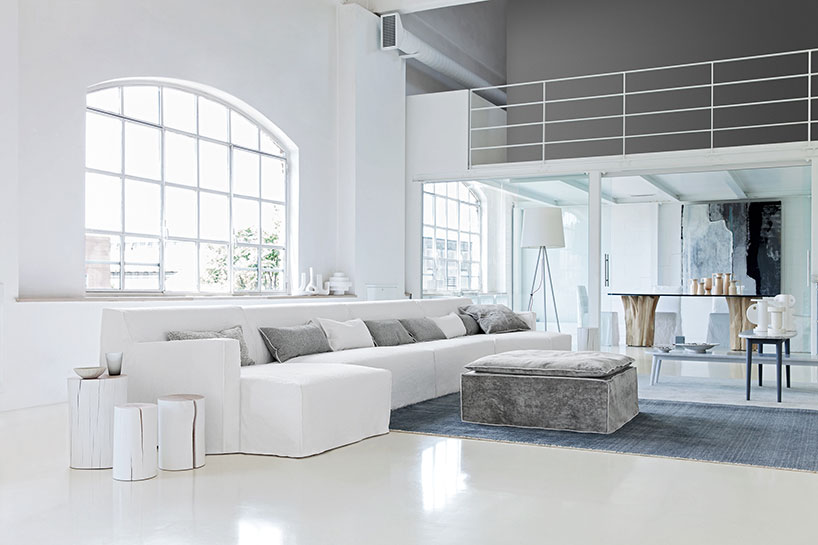 thanks to these adaptable covers, a room’s entire character can be reimagined with consummate ease. for example, the ‘mik’ two-seater sofa with a dazzling white cover can evoke the sunlit modern lobby of a hotel in south beach, miami, decorated in a mid-century modern style. alternatively, the ‘more’ sofa can bring to mind an open-plan new york loft apartment flooded with natural light in which an expansive sofa enveloped in an all-white cover amplifies the luxurious sense of flowing space.

what’s more, the covers can be chosen to suit the changing seasons – darker ones naturally harmonise with the cosier mood of autumn and winter, lighter ones with the carefree spirit of spring and summer.

some of gervasoni’s sofas and chairs have angular contours and armrests but its quick-change covers can fit these so snugly that they could be mistaken for more conventional upholstery. by contrast, gervasoni’s conceit of removable covers can be clearly seen with its witty ‘ghost’ collection whose covers are more loosely draped over its sofas, armchairs, pouffes and beds – they are visibly outer skins. one company image promoting the collection celebrates this informality by presenting it in an open-plan, split-level interior whose colourful, cosy style recalls the los angeles home of mid-century designers charles and ray eames, built in 1949. despite being a cutting-edge, crisply rectilinear building, its interior rejected austere modernism in favour of an eclectic assortment of decorative artefacts. 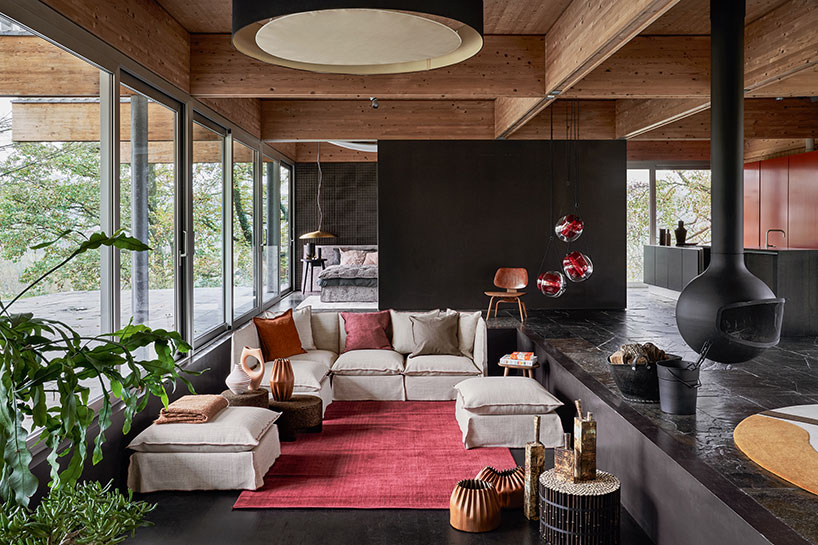 such is the success of gervasoni’s covers that the company will run its traditional ‘four seasons promotion’ again this year, from september to december, 2019. on buying an upholstered piece from one of gervasoni’s indoor furniture collections, customers will receive an additional cover in appealingly neutral soft white linen. it will provide an opportunity to expand the ‘wardrobe’ of their gervasoni piece – and experience the company’s devotion to versatility, style and convenience at first hand. 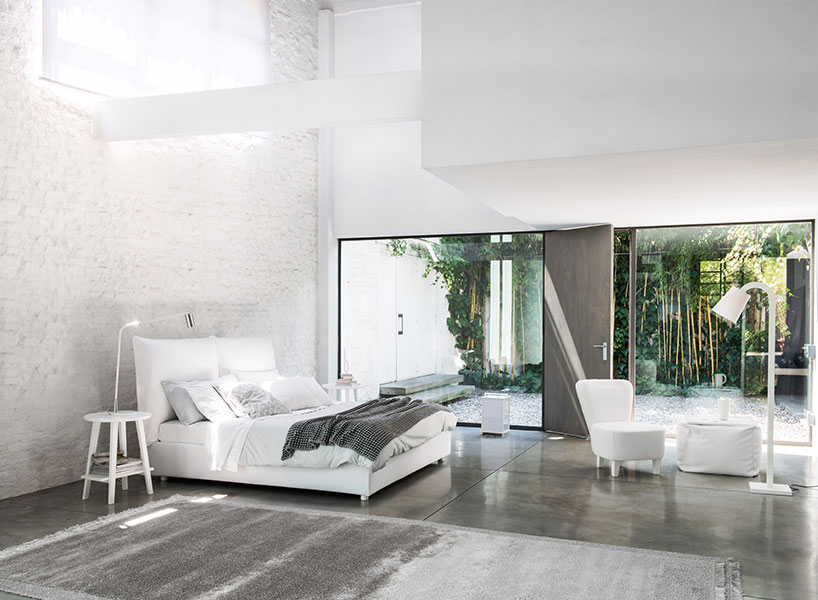 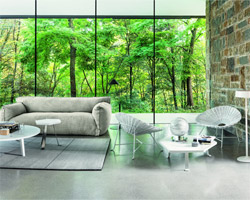 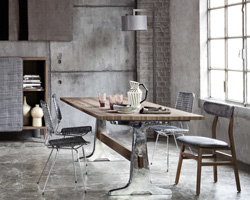 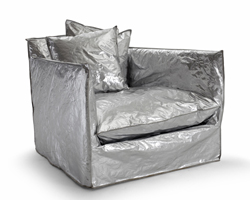