we have a ruler to draw a line, a compass to draw a circle, and a protractor to measure an angle. however, we have never had any tool to draw an ellipse. giha woo has a solution to this problem in the form of ‘ellipser.’  the definition of a circle is a group of points located the same distance from a given location called the center. however, an ellipse is more geometrically complex. it is described as a curve on a plane surrounding two focal points, such that a straight line drawn from one of the focal points to any point on the curve and then back to the other focal point has the same length for every point on the curve. 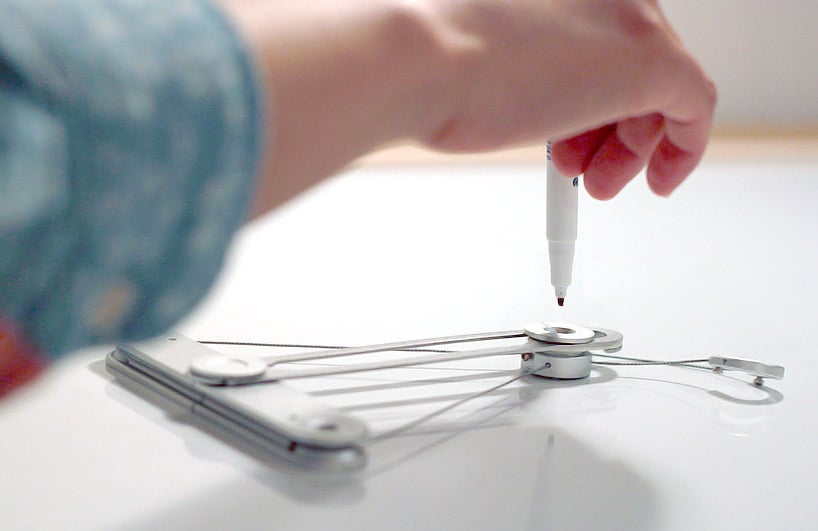 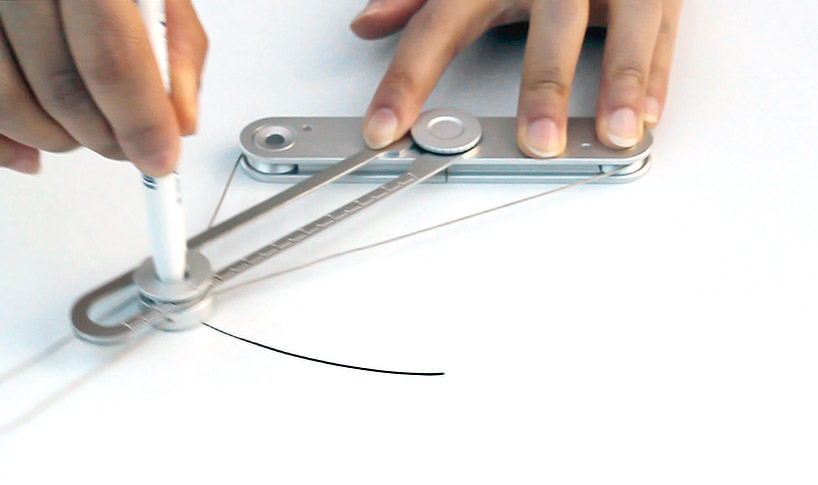 the tool in use 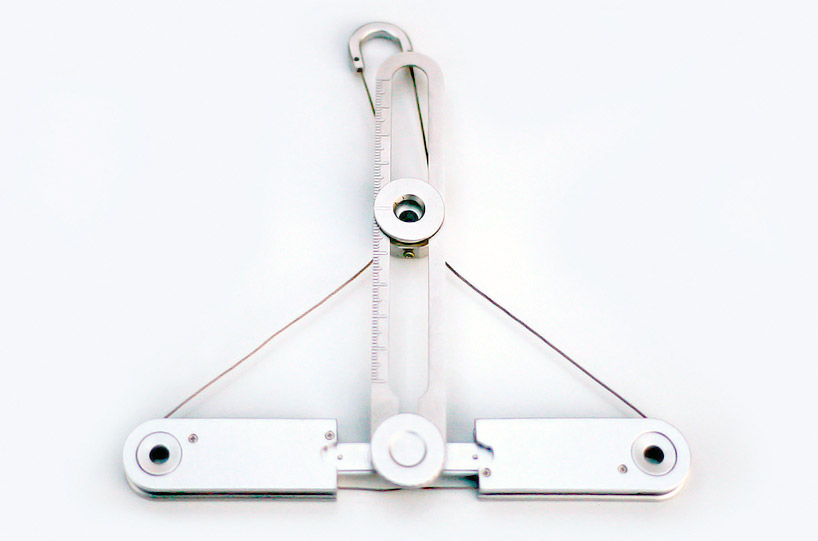 the shape of ellipse can controlled 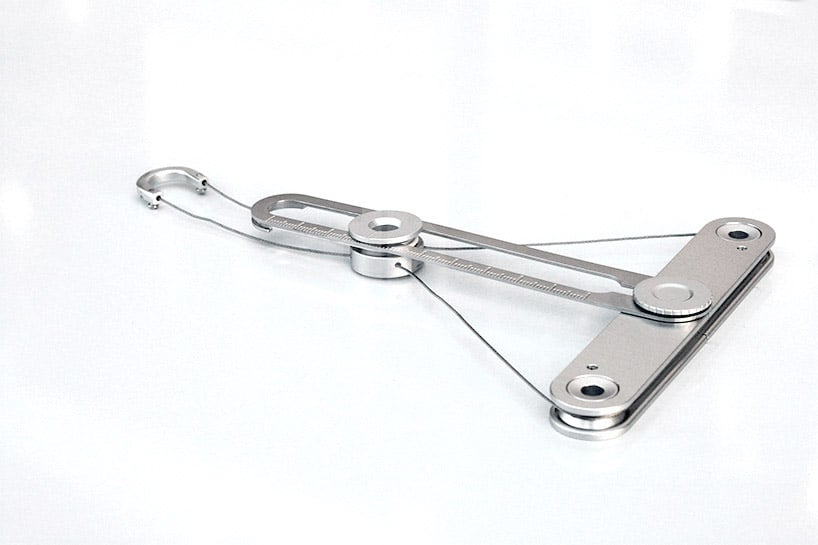 perspective view of the ellipser 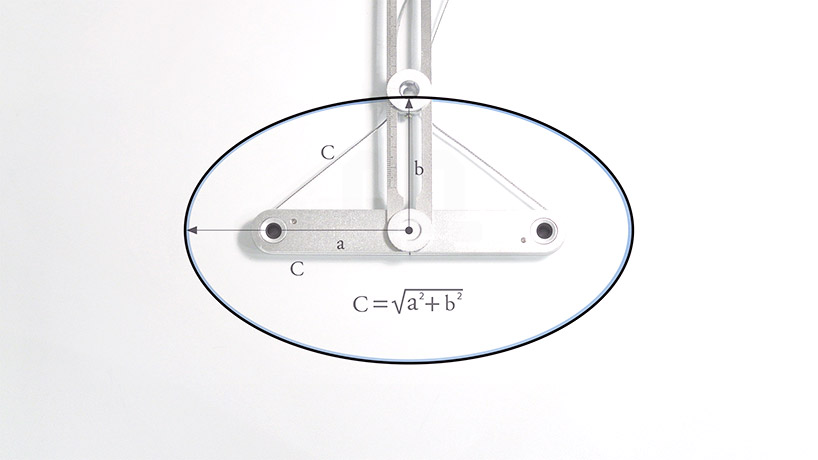 this device was designed from the mathematical definition of ellipse 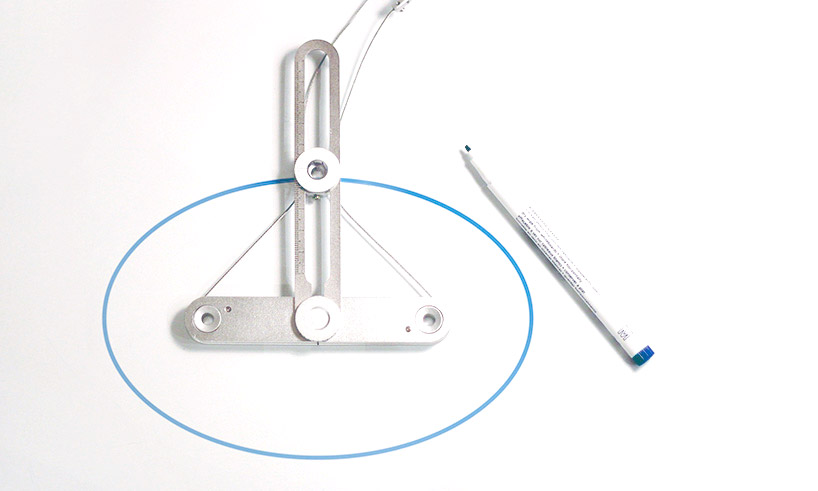 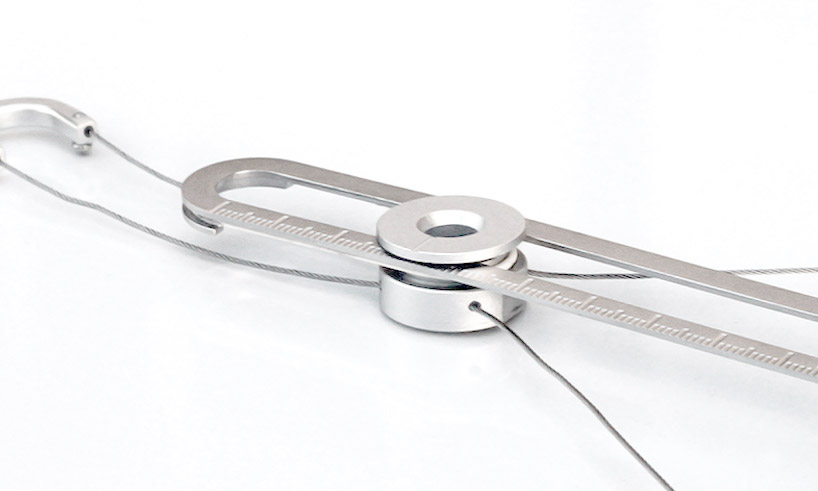 detail view of the construction 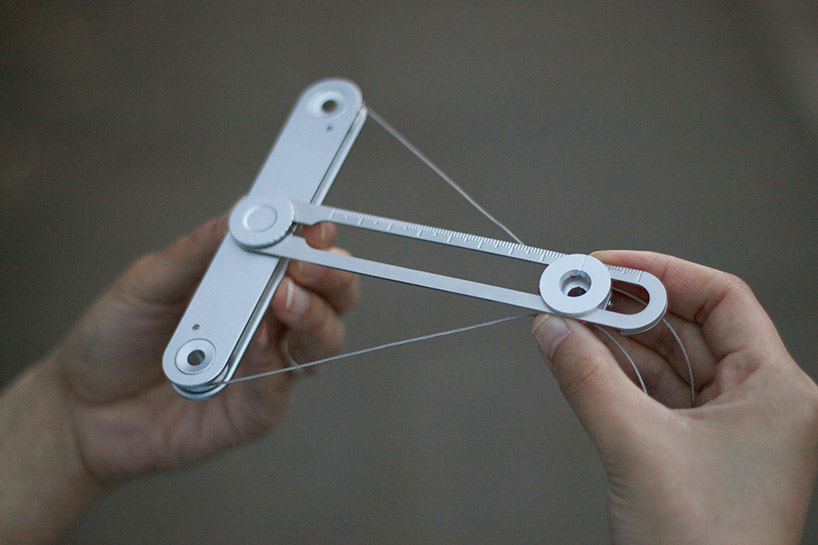 users can carry the device in their pocket by folding it 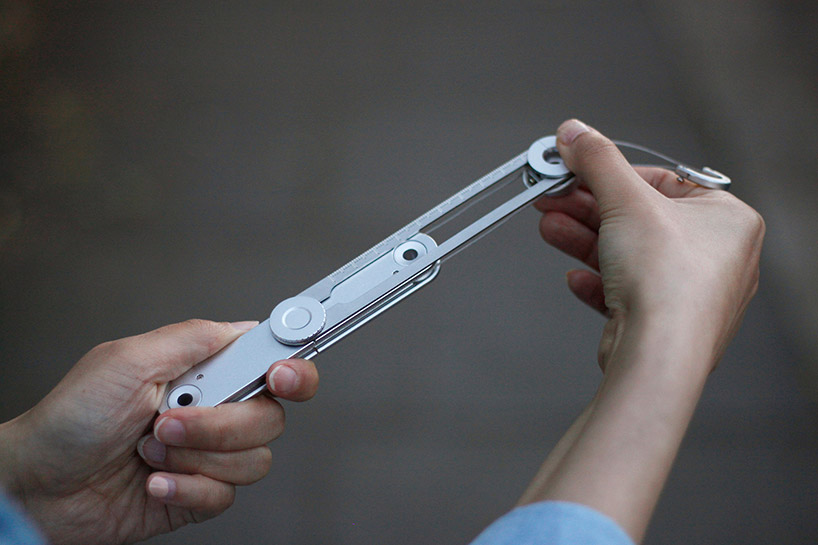 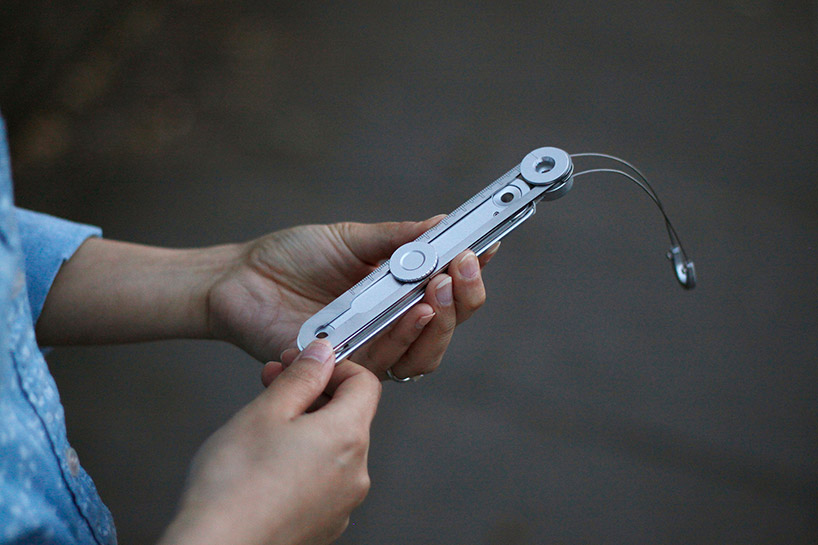 the device in its compact form 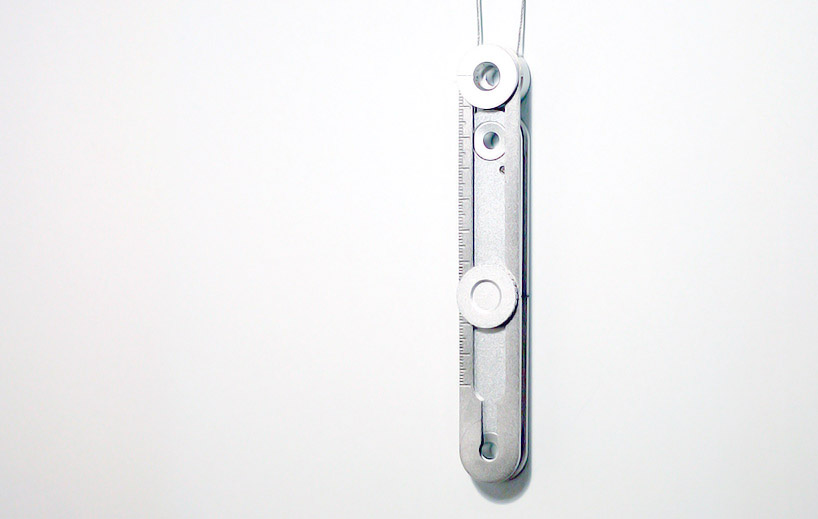 the ellipser is made out of alluminum 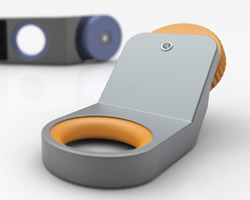