the ginkgo polypropylene umbrella is 100% recyclableimages courtesy the designers

umbrellas on the market today are theoretically made of recyclable materials such as metal, plastic and wood. however, they can’t be recycled as they are. they’d need to be disassembled to be properly disposed of, which means that most of them just end up going to landfill. a big waste of resources. polyester canopy, as an example, takes up to 1’000 years to biodegrade…

developed in italy over the last three years by federico venturi, gianluca savalli and marco righi, the ‘ginkgo’ is an innovative compact umbrella, redesigned from scratch and made entirely out of one recyclable material – polypropylene. conceived to be stiff and flexible, the piece is able to absorb random impacts and wind force without breaking or bending. using injection molding process, the numberof ‘ginkgo’ components are considerably reduced compared to the traditional umbrella. the design is made up of just 20 pieces instead of 120 pieces – eliminating the traditional assembling procedure of screws or pivots, as all the couplings are obtained by long lasting and reliable snap-fit joints. when ginkgo finally reaches the end of its useful life you can just toss it in the recycle bin. no need to disassemble the components.

for more information on the ‘ginkgo’ umbrella, see the indiegogo campaign site, where the project will seek funding for production. 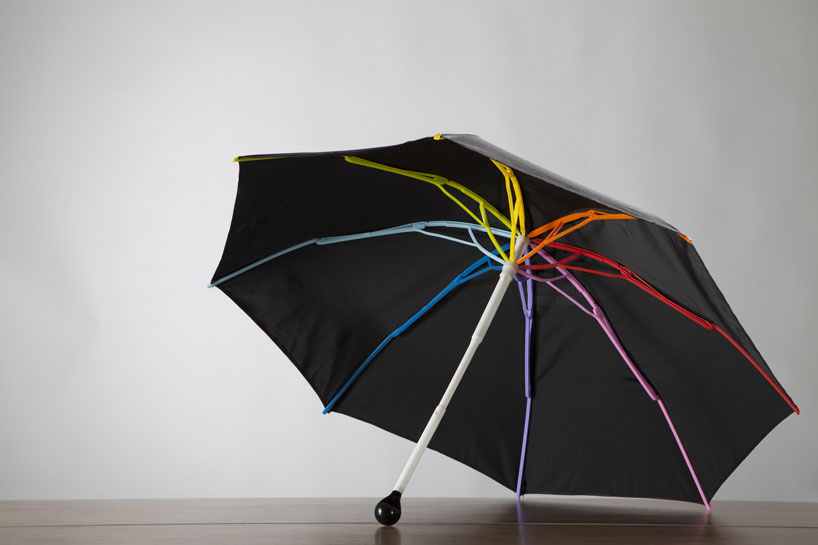 redesigned from scratch, the umbrella is made entirely out of one recyclable material – polypropylene

keeping sustainability in mind, ‘ginkgo is 100% recyclable. because of the rationalization of the components and the use of a single technology, the production steps have been reduced by 80%, and the increased longevity leads to a further reduction of the production process. since all the components are made by injection molding, ginkgo is ready to be made with zero impact biodegradable polymers or, alternatively, to be produced in a cradle-to-cradle system, where all the material is completely recovered at the end of the product’s life and reused to produce it once again. conceived to be stiff and flexible, the piece is able to absorb random impacts and wind force without breaking or bending

all ginkgo components are made by plastic injection moulding, meaning that each part can be coloured as desired, for a virtually infinite variety of possible combinations and customizations. and some cheerful colours under the rain can make a difference. 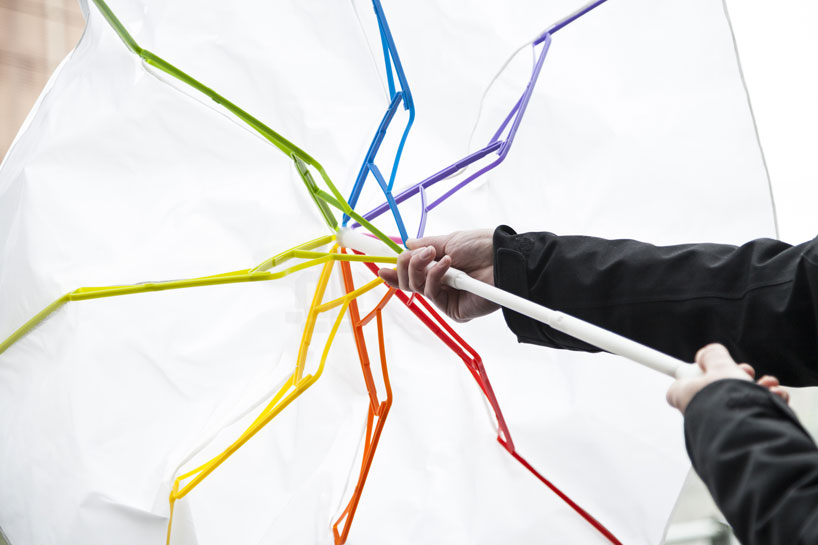 the stretchers are not assembled, but made with a single piece of flexible plastic. the peculiar patented geometry allows them to resist strong winds by elastically flexing and returning into position without bending or inverting. the hinges are designed to last for thousands of open/close cycles. 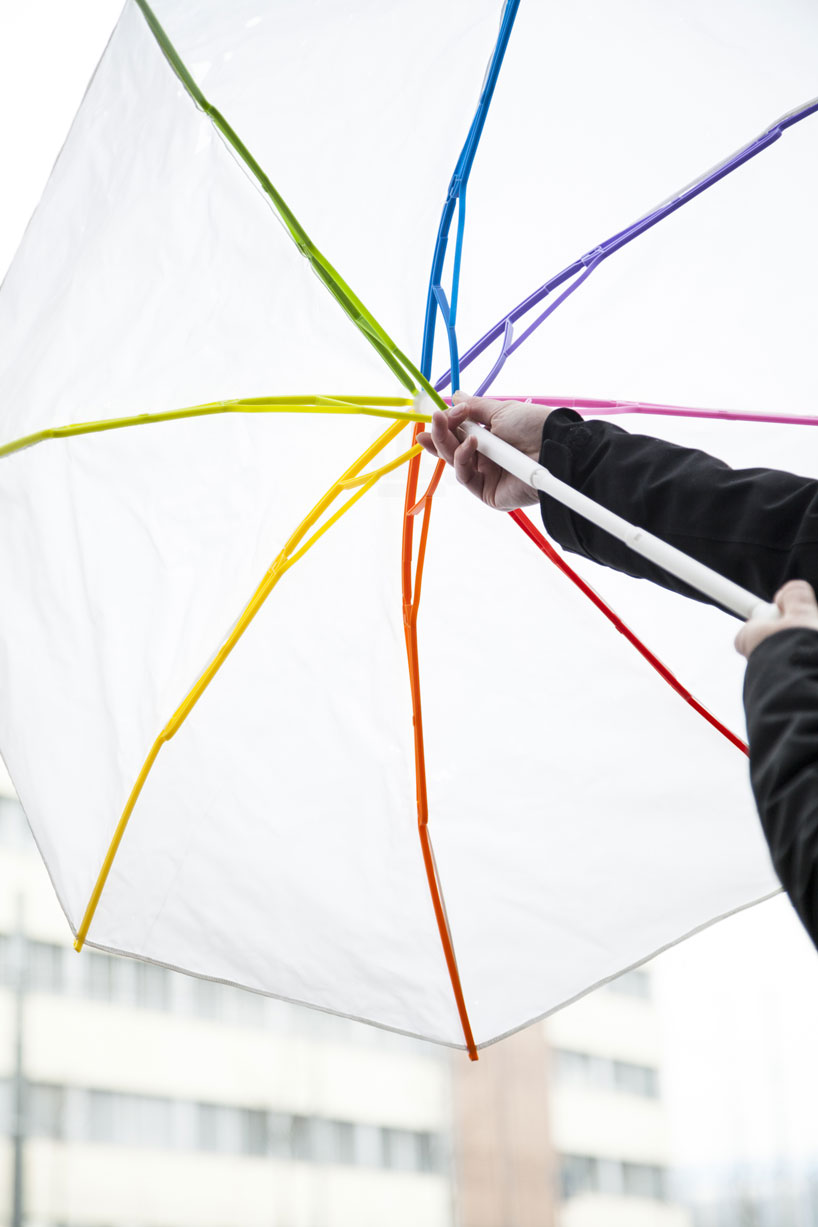 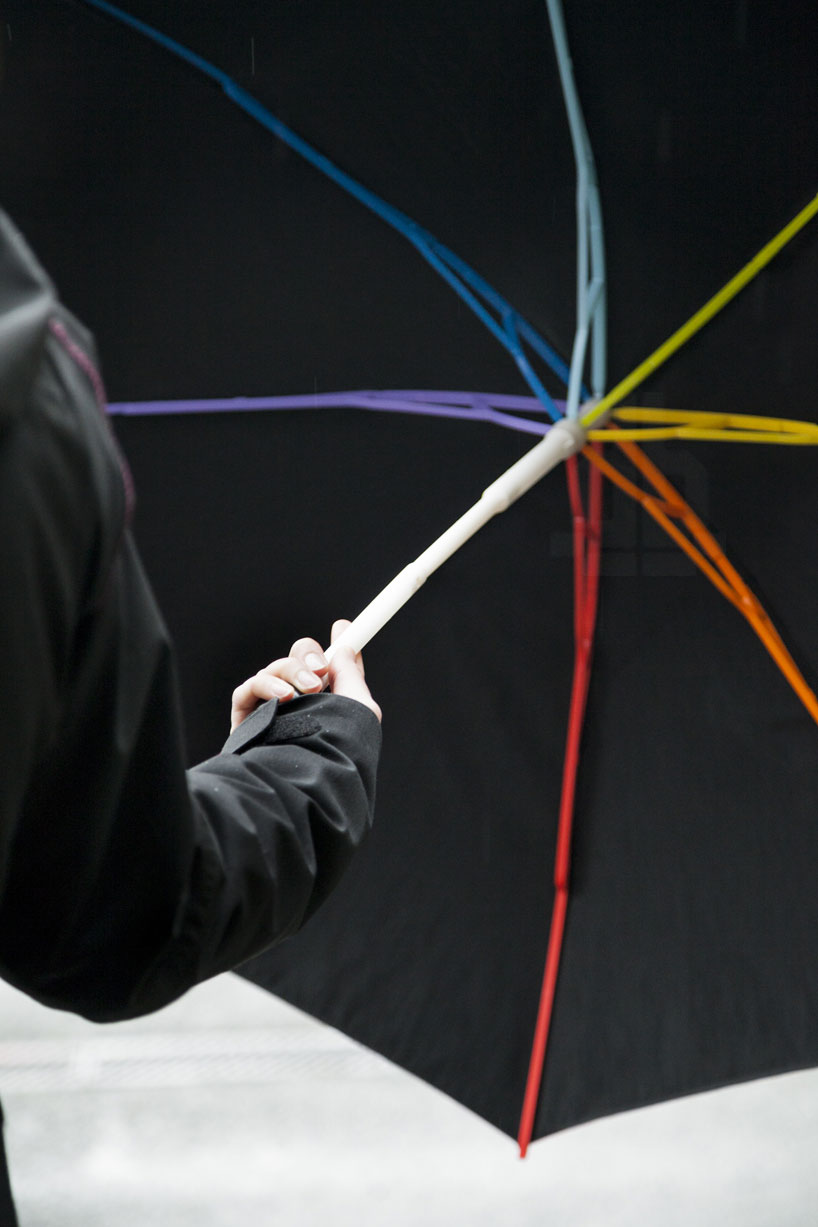 the assembly eliminates the use of screws or pivots, as all the couplings are obtained by long lasting and reliable snap-fit joints 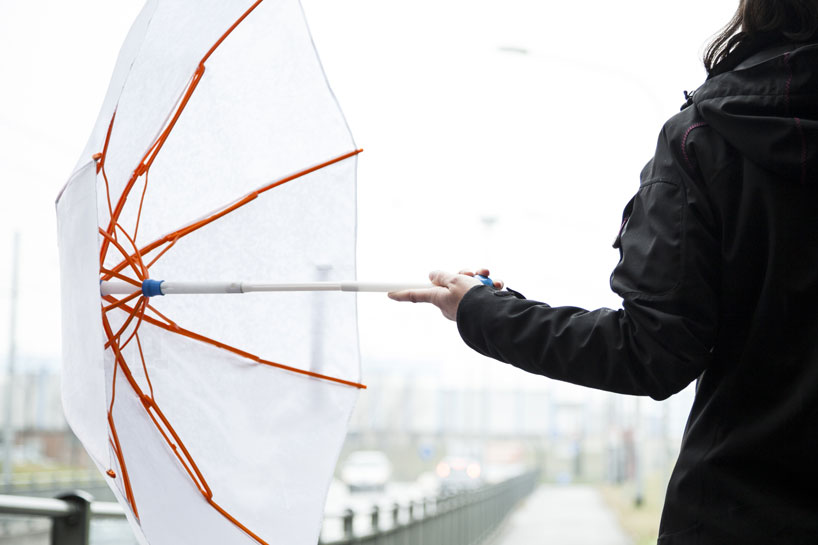 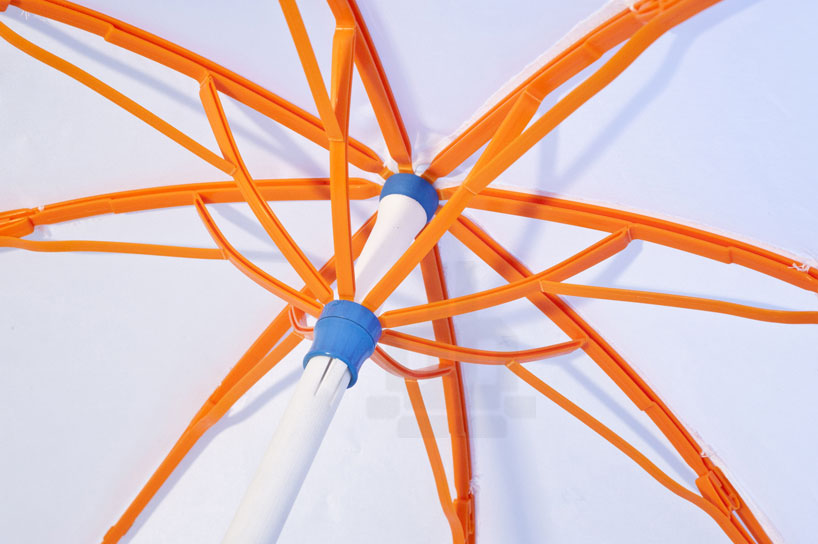 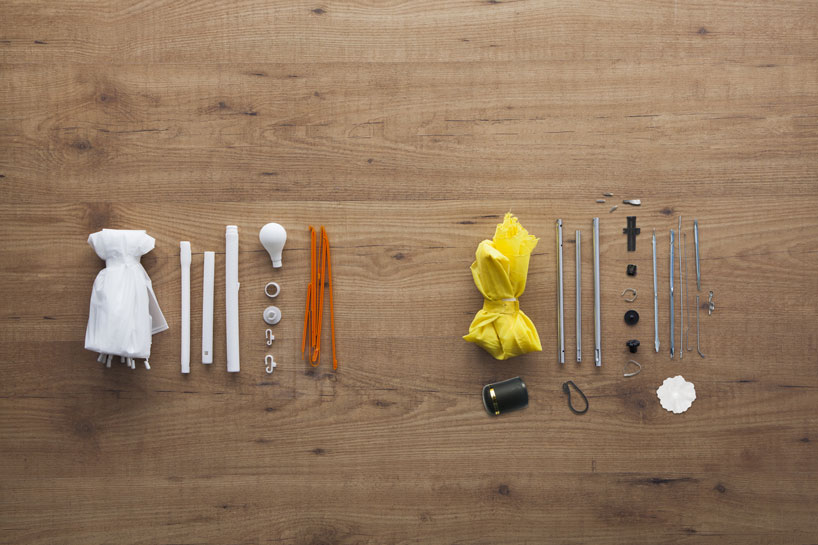 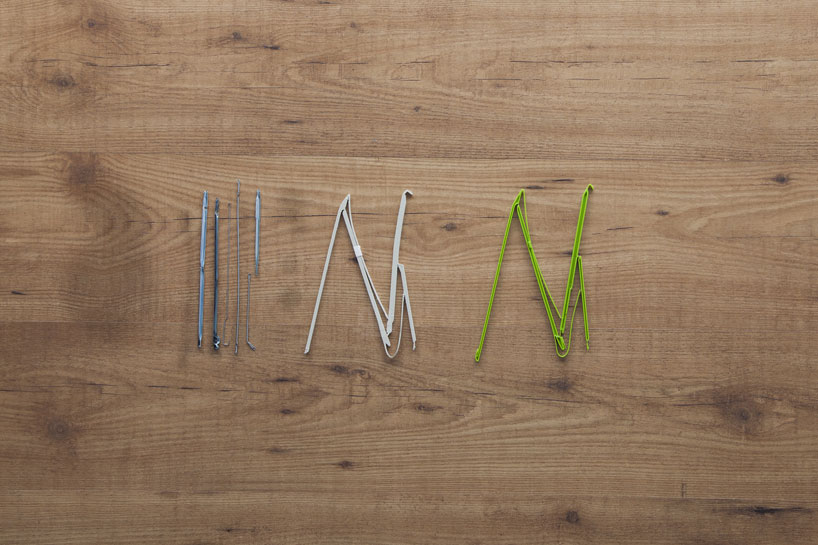 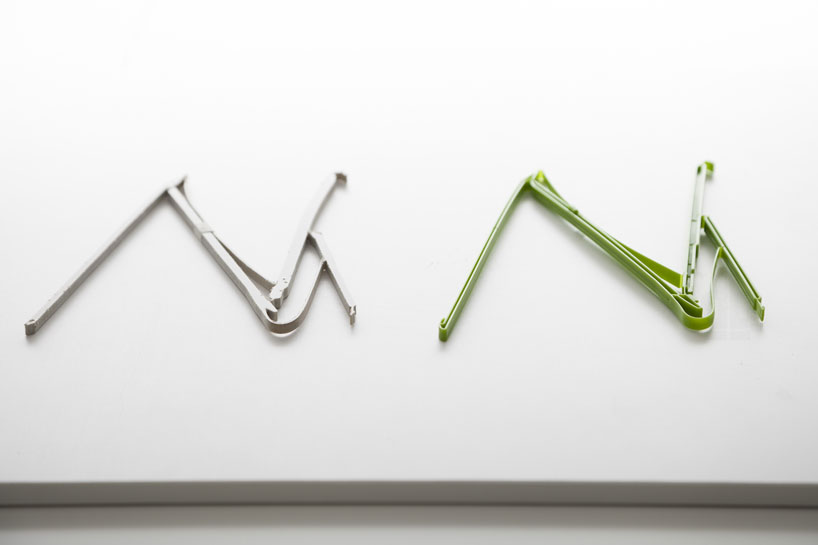 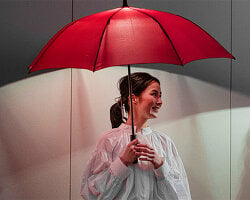 Oct 03, 2020
this japanese umbrella features a magnet holder so you can fix your smartphone on its handle
Audi x Andrés Reisinger Sphere