contemporary houses are filled with electronic / electrical devices, constantly connected to an electric grid. most of these devices live in a state of standby. 80% of the population ignores this consumption of energy that is necessary to power simple devices such as a radio, TV or LED lamp.

‘unplugged’, by dutch-based italian designer gionata gatto of studio atùppertù, is a project which provokes a reflection of energy consumption. this series of lights: ‘the pedalator’ and ‘the table crank’, are made from earthenware and wood, which are powered-off good old fashioned, manual human power, stimulating the question: ‘how hard do you need to work to power up an LED bulb?’

the purpose of ‘unplugged’ is to evoke an ipotetic future condition, where available resources will no longer be plentiful enough to support our population’s demands. the auto-production of energy would infact, become the only appropriate and respectful way that could save the earth and respect its cycles of replenishing resources.

‘the pedalator’ floor lamp, is reminiscent of stationary bikes, used for working out. the design includes a bike seat in which the user sits and pedals, to power the light with energy. for every five minutes of pedaling, one hour of light is produced. the produced energy is stored in a battery which allows the user to switch the lamps off or on in different times. 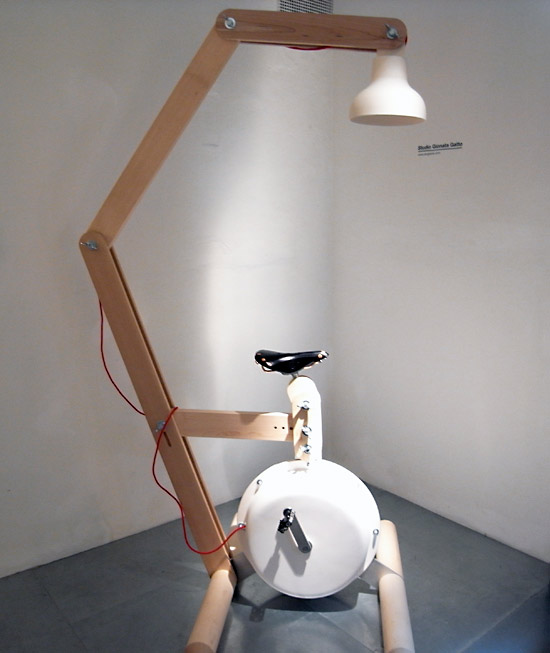 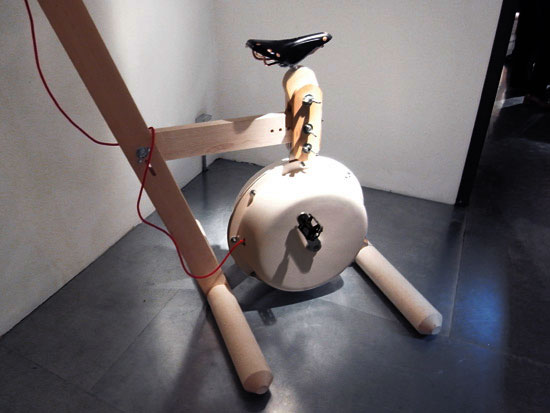 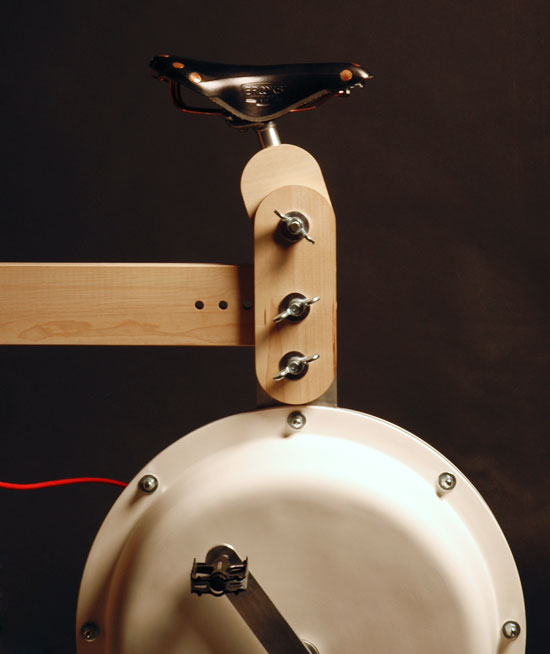 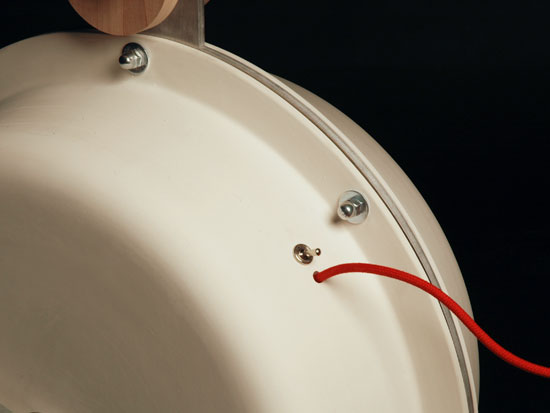 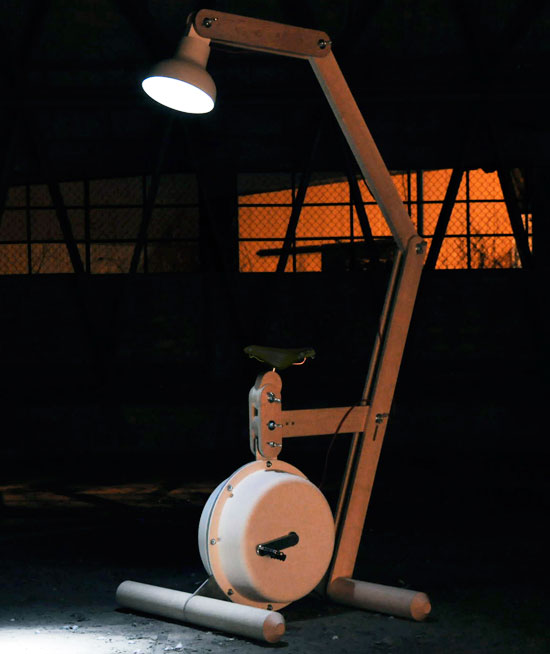 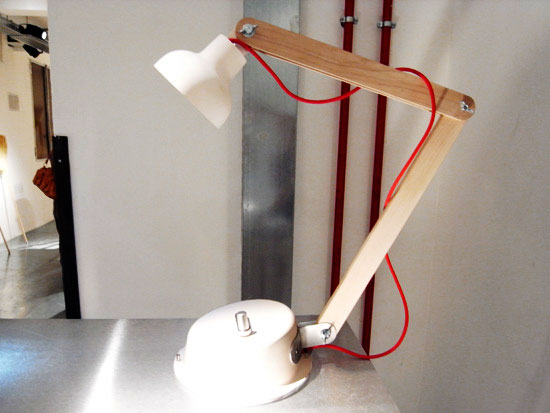 ‘the table crank’ lamp is activated through the rotation of a crank, located on the top of the light’s ceramic base. four or five minutes of manual charging are enough to offer almost half an hour of light, which uses a wind-up system to illuminate the light. 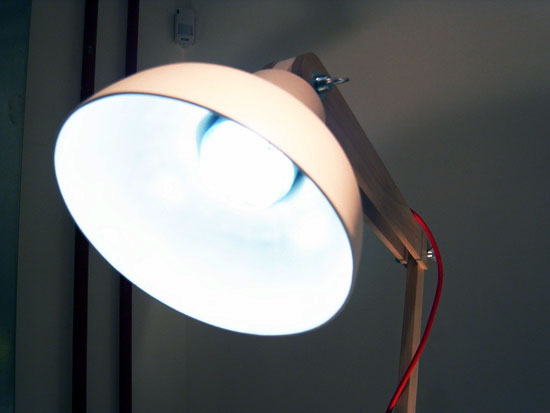 the lamp shades are made from earthenware image © designboom 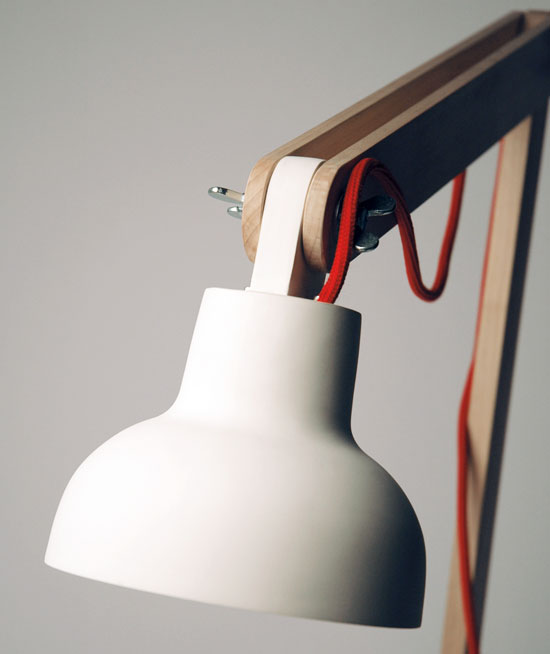 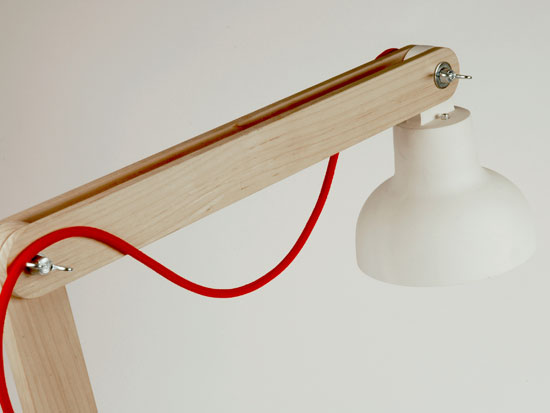 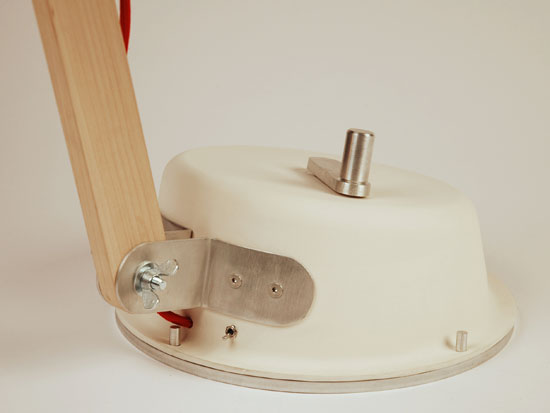 detail of the crank mechanism 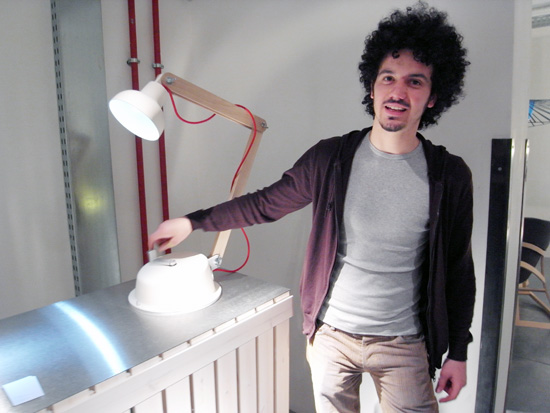 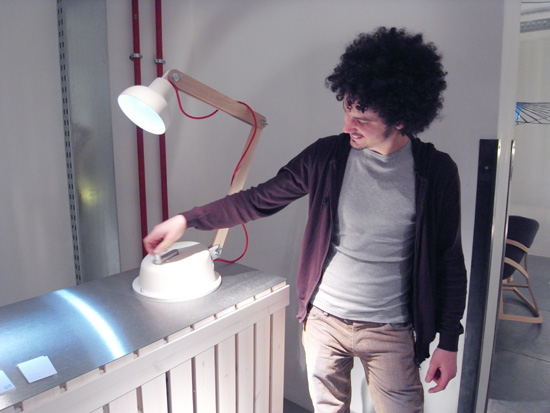 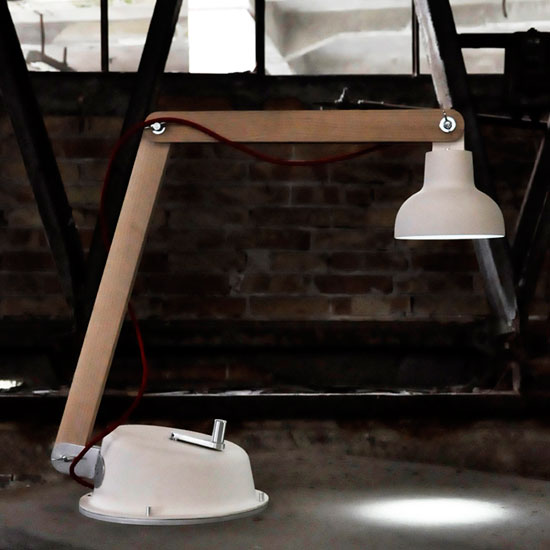 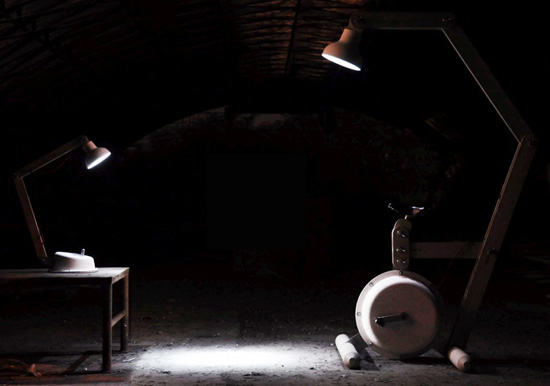 ‘unplugged’ was on show at spazio rosana orlandi during milan design week 2010. 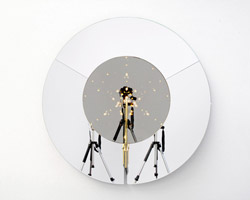 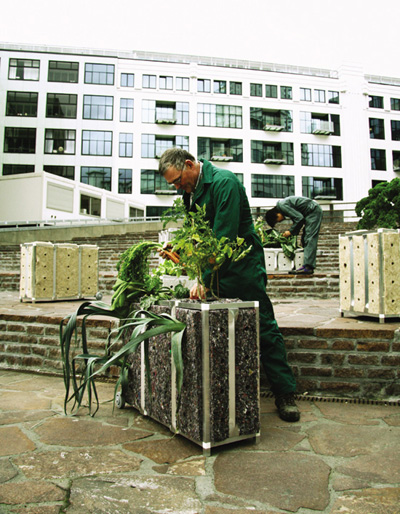