alex cabunoc and ji a you based in los angeles have developed ‘giradora’, a human-powered washer and spin dryer which has been designed to increase the efficiency and experience of washing clothes in areas which do not have access to running water. the project evolved while the two were students at the art center college of design where they were challenged by a south american NGO to create a product as part of their ‘safe agua peru’ – a project that alleviates water poverty in the slums of lima, peru.

travelling to the neglected area of cerro verde, peru, cabunoc and you conducted first-hand field research, and realized the livelihoods of families depended on clean clothes – whether for work or children’s school uniforms, clothes needed to be presentable – but with no running water or drainage, and difficult conditions to trek to retrieve water, what might seem like the simple task of hand-washing clothes, is in fact quite challenging. based on additional research, they found washing clothes on average takes up to six hours per day, 3-5 times a week and can poses health risks including tenosynovitis from the constant wringing of clothes; chronic lower back pain from squatting; hand pain from cold water; asthma as mold clothes can take up to three weeks to dry in the winter.

the ‘giradora’ seeks to make the process of cleaning more ergonomic, economic, and ecological in the long run. 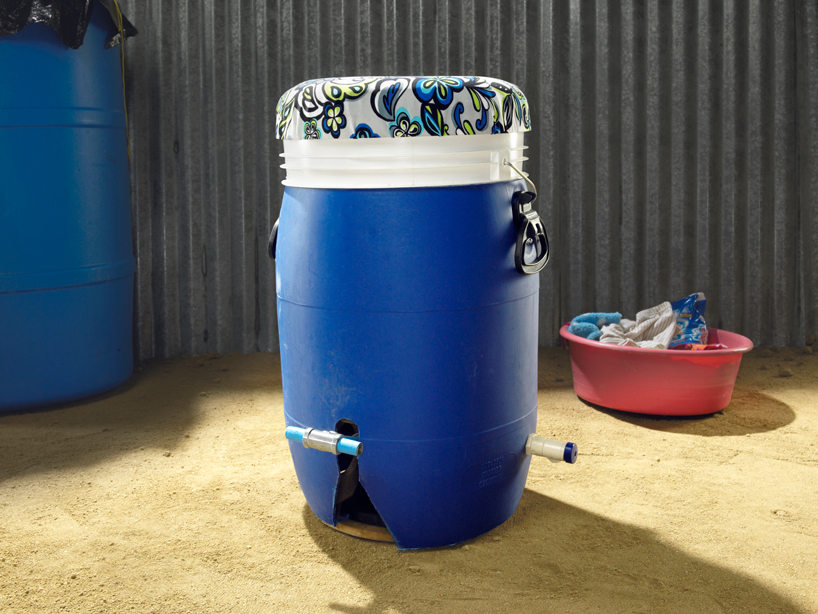 targeted towards families earning between 4-10 USD per day, the resulting unit costs less than 40 USD. the design is composed of a drum whose shape is similar to that of a water barrel. within the basin there is the main washing tub which is then covered by a cushioned lid. the user is meant to sit atop the appliance and pump the pedal at the base of the cylinder with her foot – a more ergonomic position in which they are no longer constantly leaning over a wash basin. this action agitates the water, cleaning and rinsing the garments inside. when water is released the same action spin dries. cabunoc and you have conceived ‘giradora’ so that it is comfortable and economic, while doubling productivity and increasing health. by being foot-powered, the user’s hands are removed from being in contact with cold water, the use of water is reduced as things are rinsed more efficiently, and the risk of tenosynovitis from wringing clothes is eliminated as one’s hands are no longer doing all of the work. 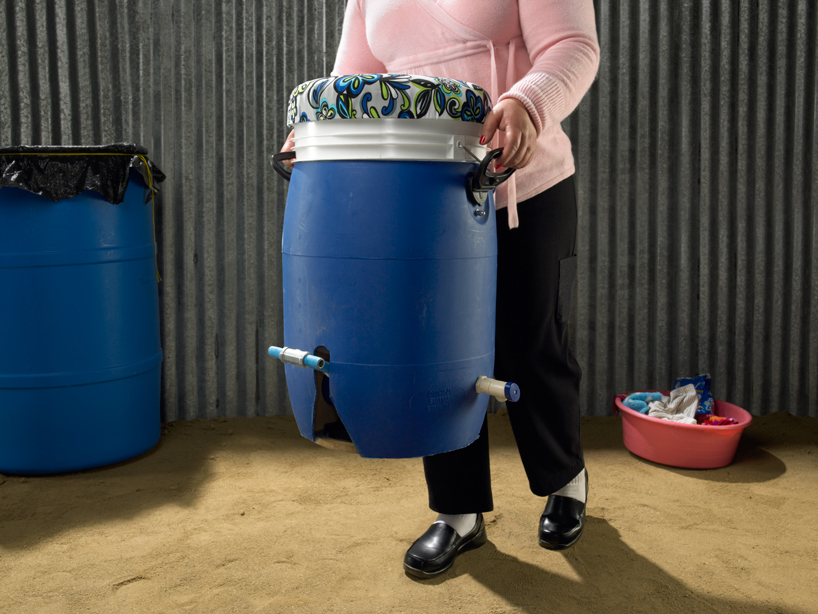 the design is lightweight making it easy to carry 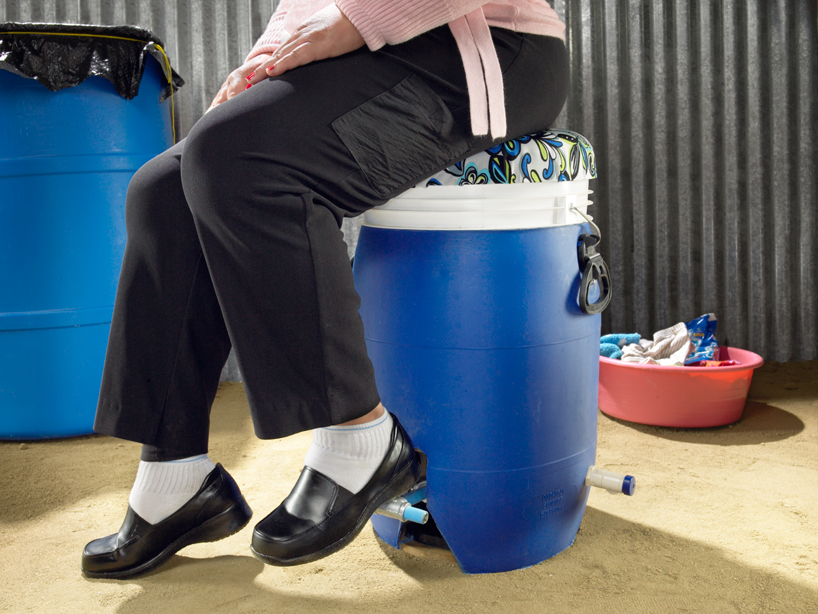 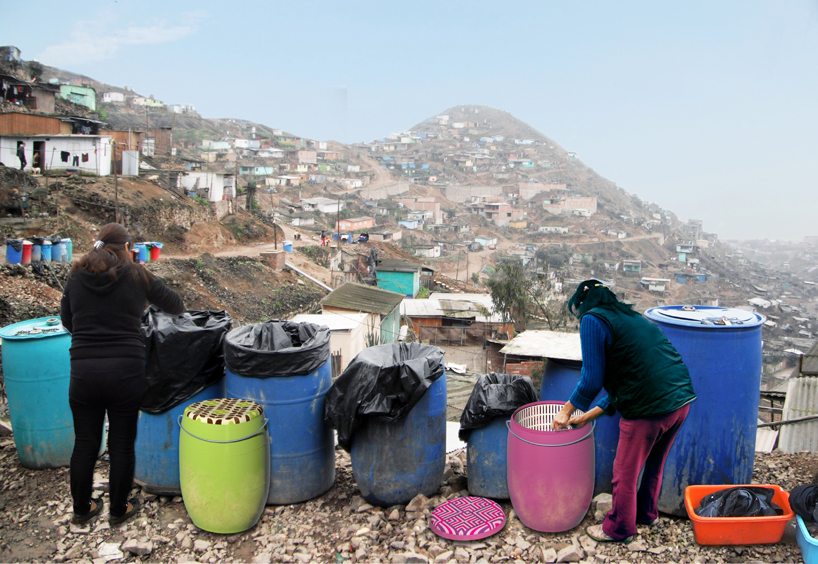 illustration of the ‘giradora’ in use 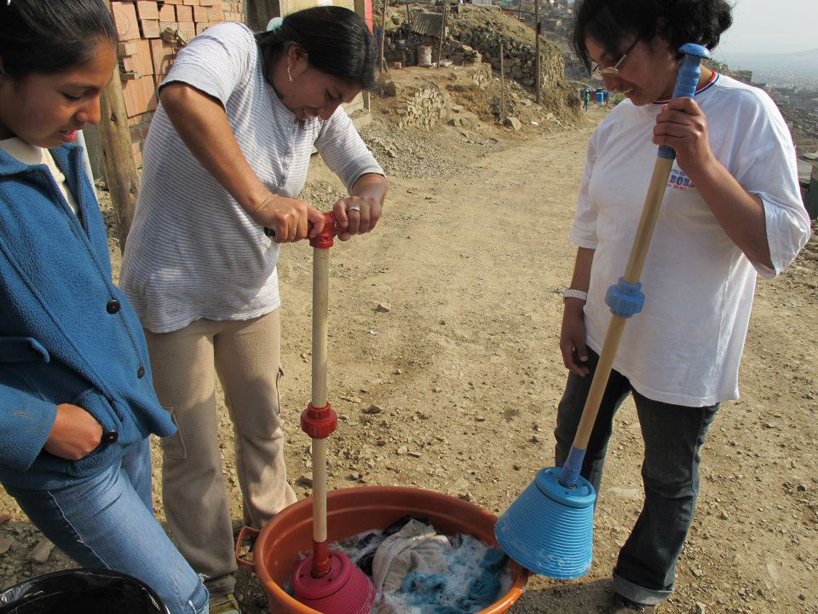 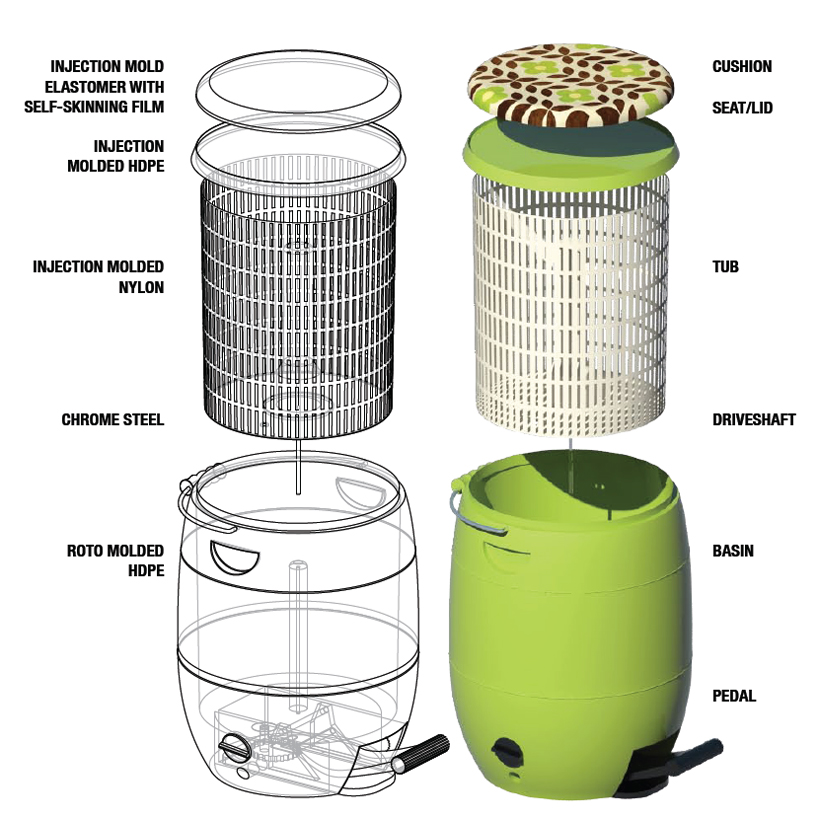 exploded view of the proposed design 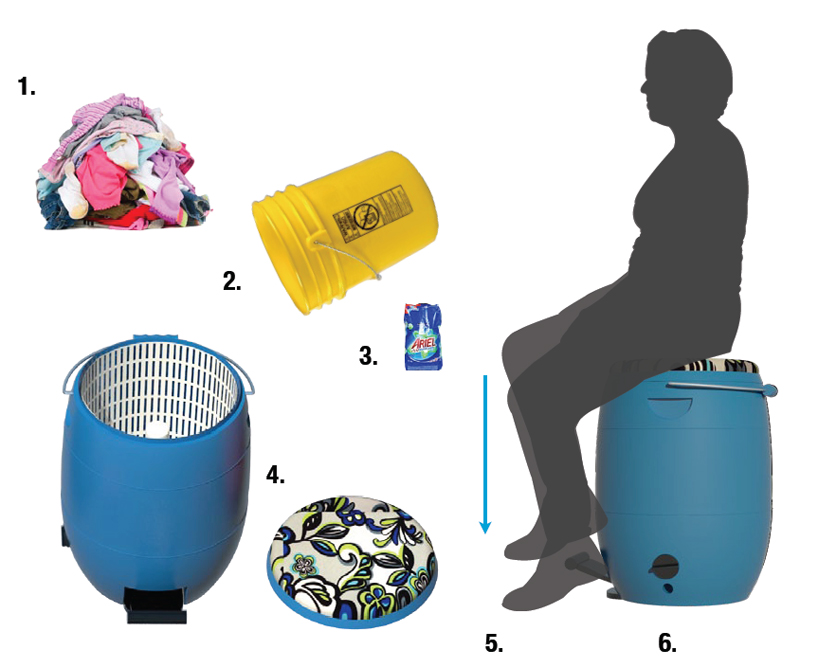 product use: 1. place clothing inside ‘giradora’. 2. fill bucket with water, a couple inches above clothing. 3. add detergent. 4. the user sits on the lid of the appliance. 5. the user pumps the pedal with her foot, which agitates, cleans, rinses then spin-dries clothes. 6. a drain makes it easy to capture grey water in a tub for re-use. 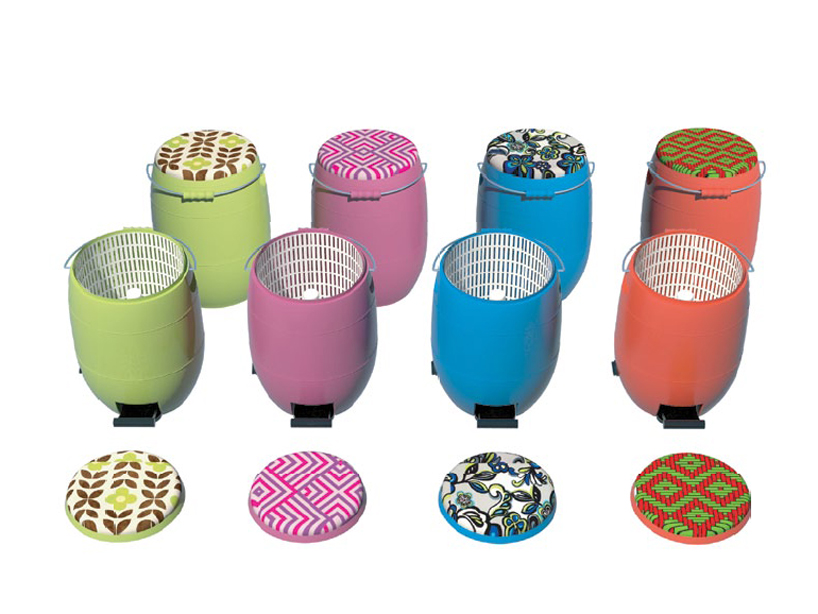 ‘giradora’ has won an international design excellence award and has been nominated in fastcompany’s 2012 innovation by design awards.