tokujin yoshioka has been experimenting with glass in his work since 2002. over the years he has developed new glass products and refined his techniques. he produced his first glass project in 2003 in the form of ‘chair that disappears in the rain’. in 2006 he developed a bar design using the same glass material. he presented a glass chair at his ‘tornado’ exhibit in miami and also designed a stool combining glass and wood in 2007. the new stool from 2007 has just been put into production, and is the latest piece in the ongoing series. this special glass material allows yoshioka to make forms that blend into their surroundings while producing unique optical aesthetics. in tokyo this fall, tokujin will be the artistic director of an exhibition where he will unveil a new chair design. here’s hoping it’s the next evolution in his glass experiments. 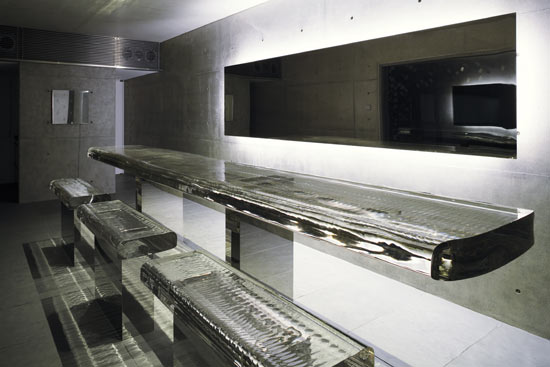 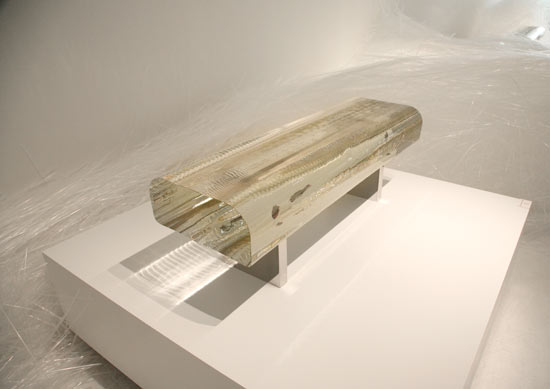 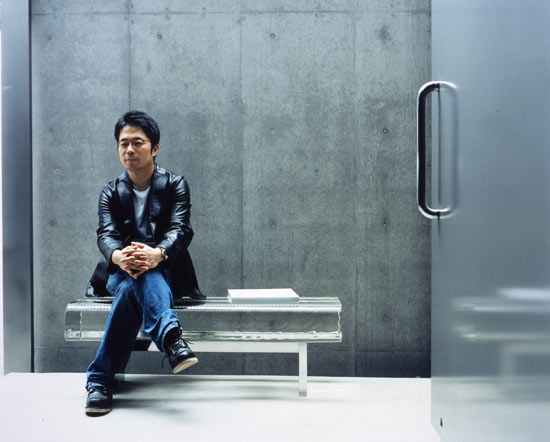 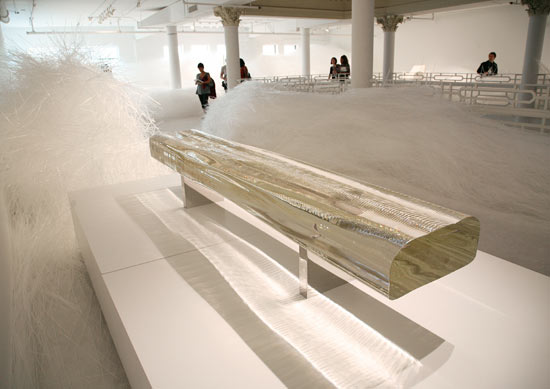 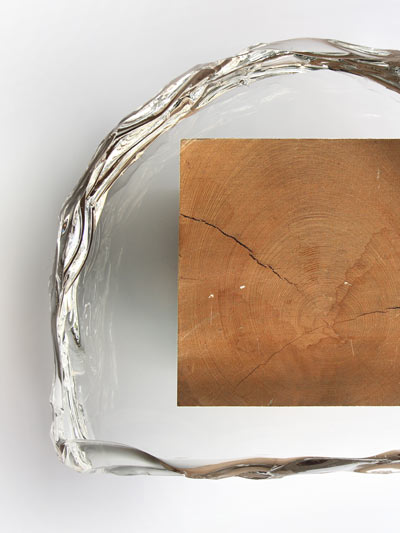