once known as the water of life, whisky is now making headlines as an eco-friendly fuel source. scottish distillery glenfiddich has launched a fleet of specially converted trucks that run on green biogas made from its own whisky waste. the innovative closed loop system will reduce greenhouse gas emissions by up to 99% when compared to diesel and other fossil fuels, with each truck displacing up to 250 tonnes of CO2e annually. 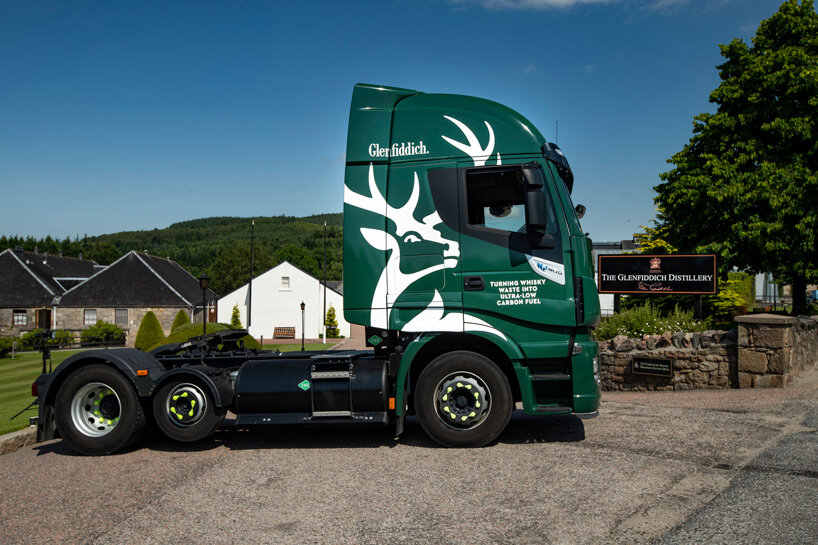 the ‘fuelled by glenfiddich’ initiative marks part of the brand’s wider efforts to reduce the environmental impact of its single malt production process. the technology has been developed in-house by william grant & sons, the company that owns glenfiddich.

the ‘fuelled by glenfiddich’ truck livery

the ultra-low carbon gas is created by converting production waste and residues from glenfiddich’s distillation process. the company has also built special fuelling stations at its dufftown-based distillery in the north of scotland. 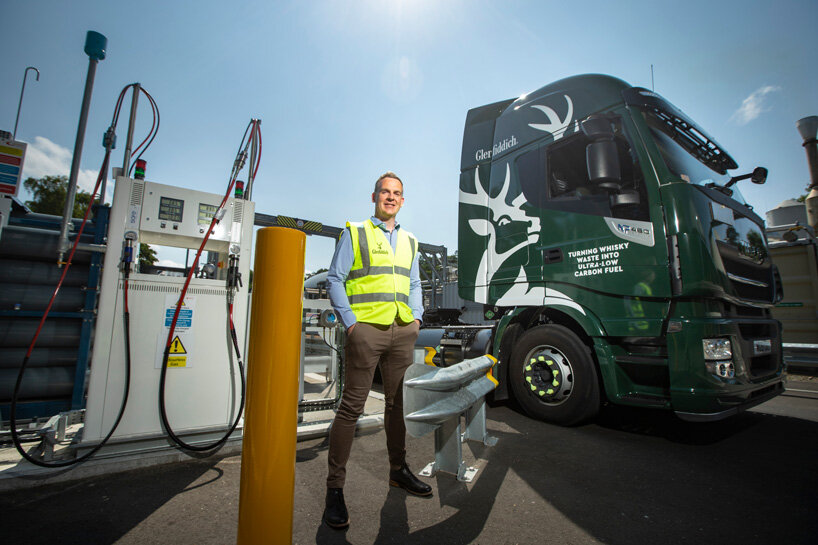 the new vehicles are planned to handle transportation at every stage of the process, from bottling through to packaging. william grant & sons says the annual CO2e displacement of each truck will have the same environmental benefit as planting up to 4,000 trees every year. the first whisky powered truck is now in operation. 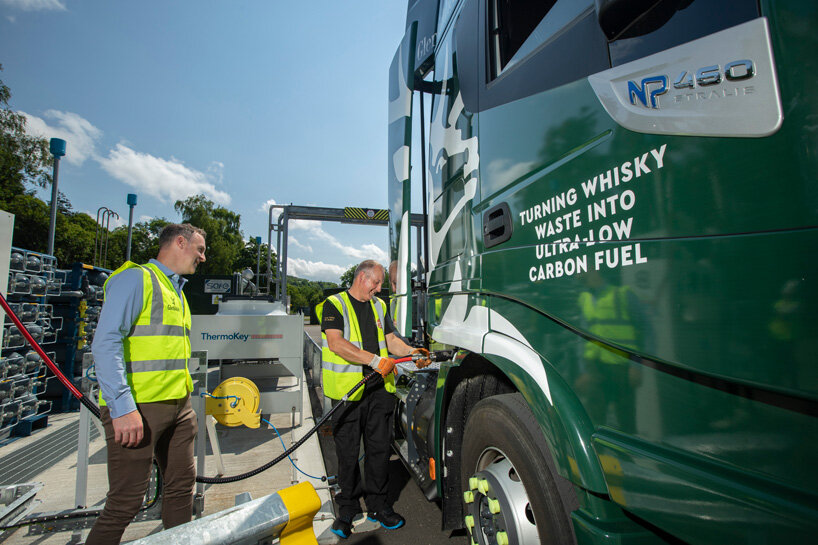 ‘our green biogas transport fleet is absolutely in line with our brand ethos of ‘where next’ – always challenging ourselves not to rest on our past achievements but to always look for what is coming next,’  says claudia falcone, glenfiddich’s global brand director. 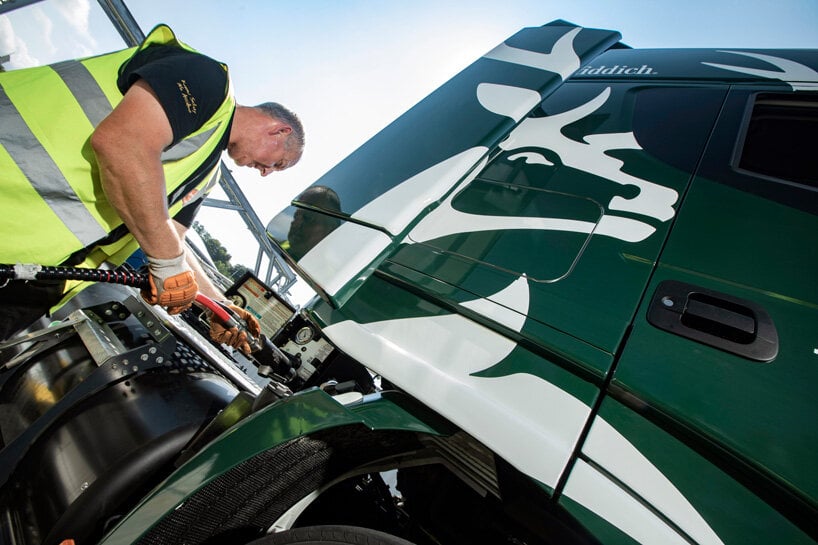 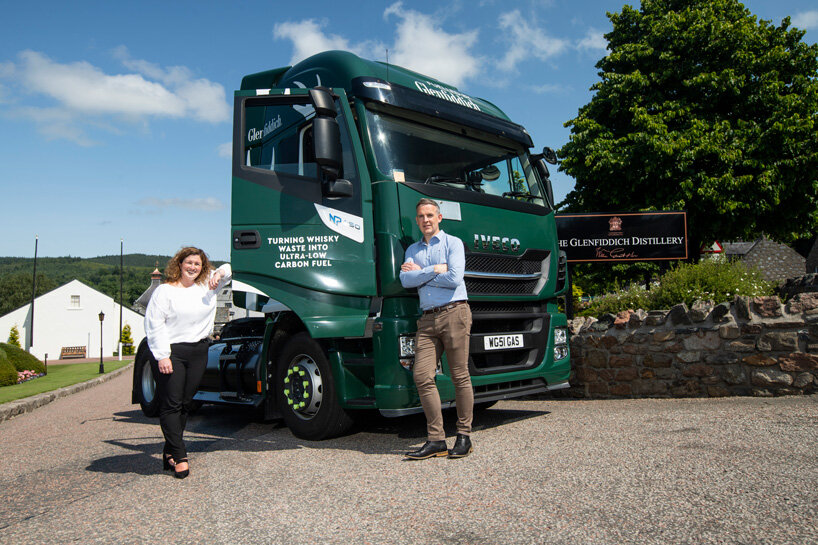 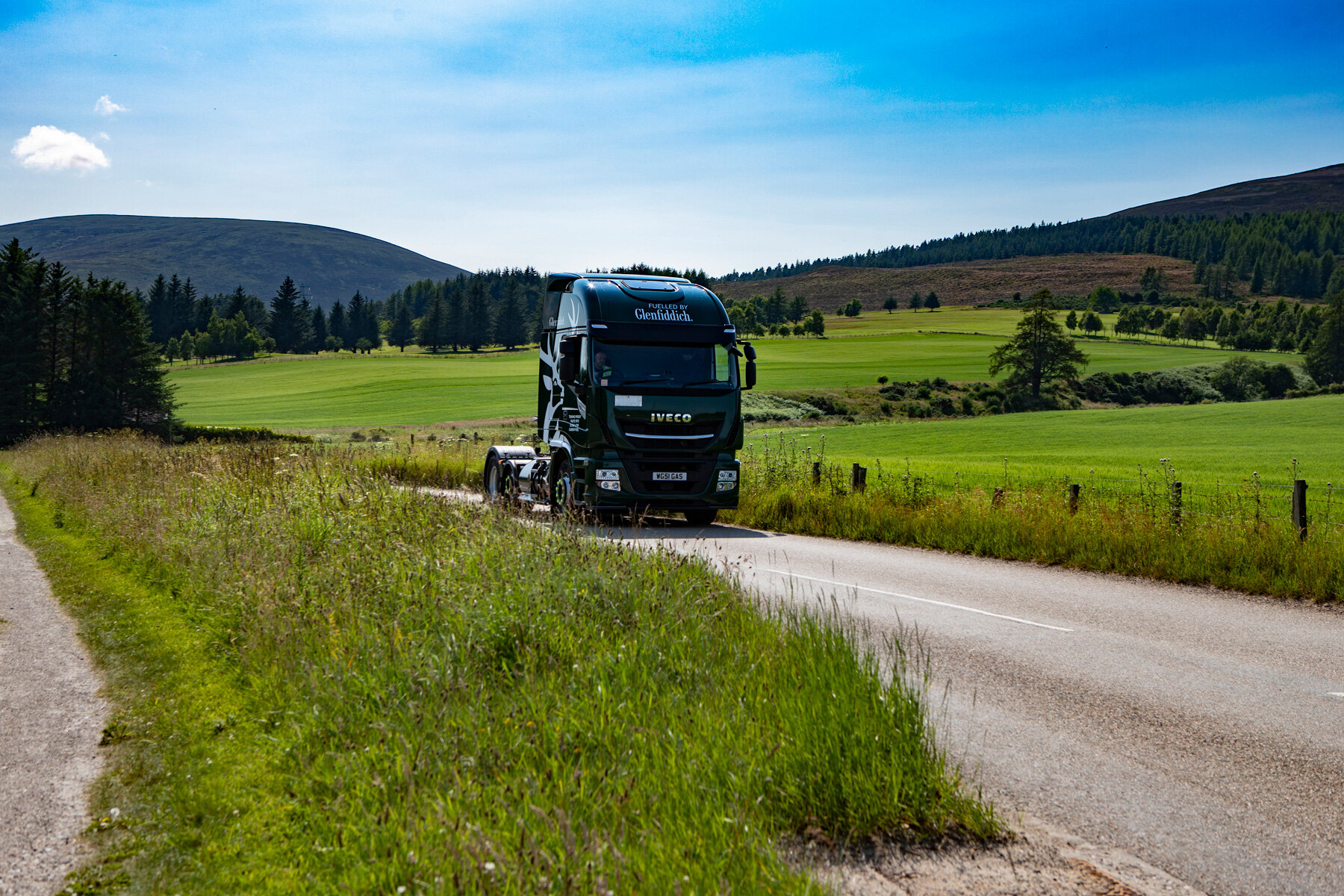 travelling ‘green’ through the scottish landscape