at this year’s international furniture fair in valencia, spain (23rd to the 27th of september 2008) nanimarquina will present the ‘global warming rug’ designed by nel colectivo. ‘global warming’ portrays a polar bear stranded on an ice floe, victim of melting polar icecaps and climate change. 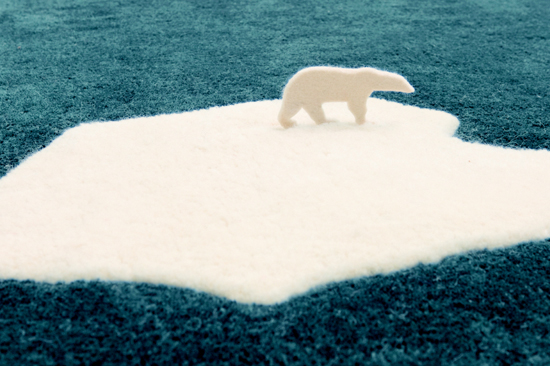 ‘traditionally carpets have been tools to communicate a culture’s messages. at nanimarquina we want to continue
this practice. and so we have come up with our global warming collection as a platform for communication.
the mexican design collective, NEL, found us a way to carry out such a project, a way of spreading a clear message:
an invitation to reflect on the contemporary world around us. the name says it all: global warming. the loneliness
of a small polar bear surrounded by nothing communicates the urgency of the message. the global warming rug
is a proposition of hope; the potential for a better future, a possible world.‘ – nanimarquina

in 2007, NEL also translated another current affair into a rug with their ‘iraq’ design. 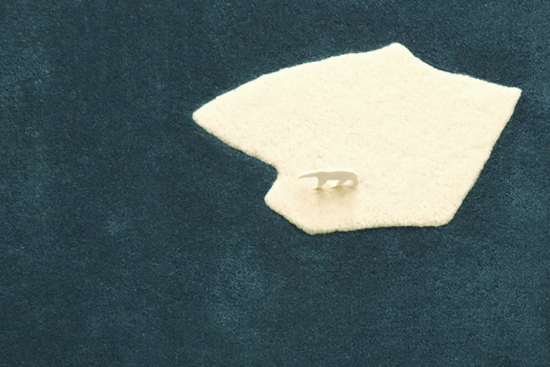