google is the latest in a line of companies to ditch their gun emoji, replacing it with a water pistol instead. the change arrives in an a recent update for android users and is in line with recent changes by other vendors including apple, whatsapp, twitter, and samsung. 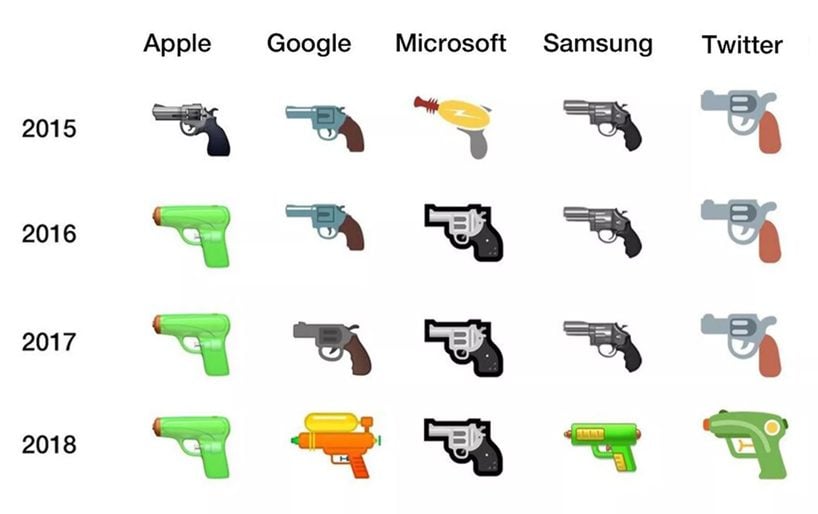 all images courtesy of emojipedia

as confirmed in a report from emojipedia, a spokesperson for facebook has also revealed their plans to ditch the pistol. so far microsoft are the only vendor not to reveal their future plans.

the update intends to clean up and cross-platform communication. as explained by google the gun emoji will correspond with other platforms meaning if the emoji is sent from an iphone, it will look similar on the android device. the change comes at a time when gun violence is a major concern in the US. 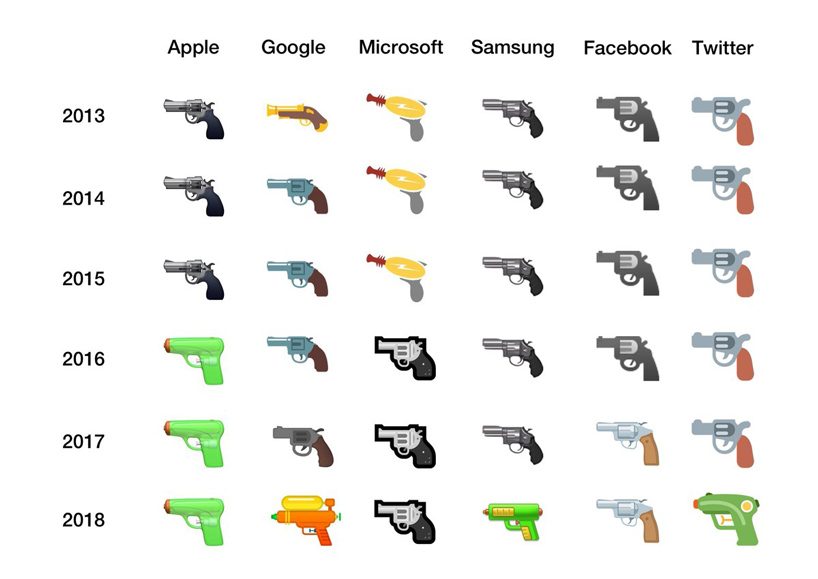