theseus chan gives a speech on the possibilities of design

the design society is a non-profit organisation in singapore dedicated to the goals of raising the general standard of design in the country and promoting it internationally. focusing on graphic design, the society was founded in 2009 by established names in singapore’s creative scene including chris lee of asylum, and hanson ho of H55, just to name a few. 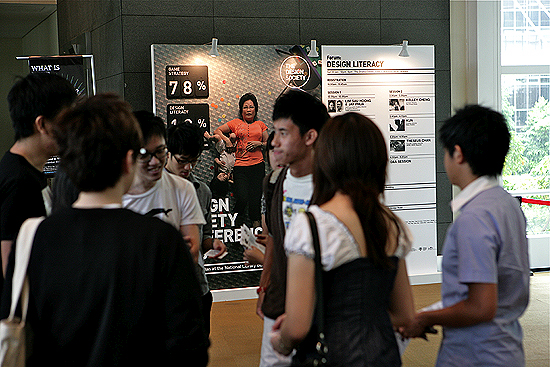 the inaugural event of the design society was entitled ‘design literacy’

earlier this year, the design society organized their first conference with the goal to draw more designers and members of the public to join the society and to take an active role in shaping the growth of graphic design in singapore. 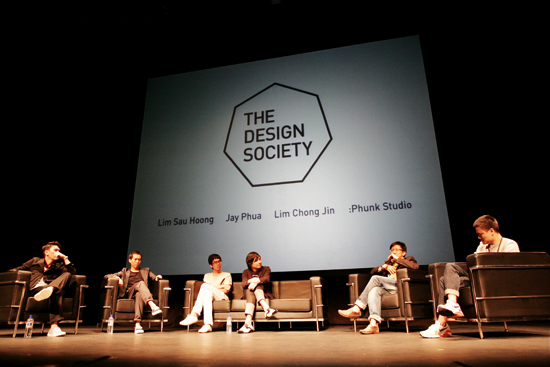 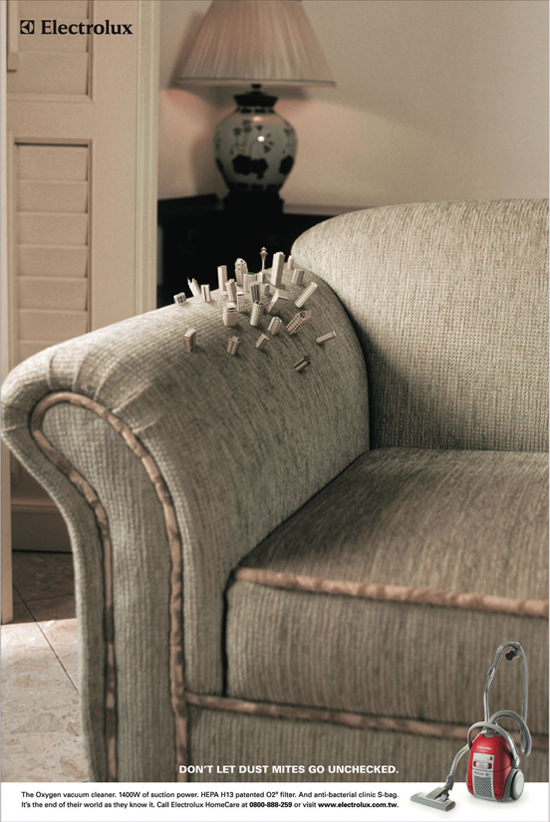 the forum featured 6 speakers and was opened by lim sau hoong and jay phua of 10AM communications, who spoke about design nuances in visual communication. they were followed by lim chong jin of temasek polytechnic design school, who explored different approaches to design practice and expression … 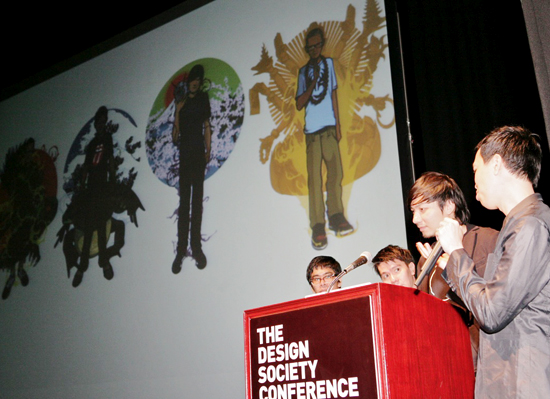 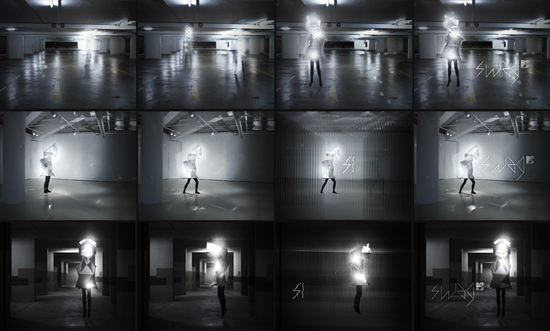 kelley cheng of the [press] room elaborated on her 12 years in design and publishing. she is the editorial and creative director of page one and she directed the bimonthly regional design lifestyle magazine ‘ish’ until summer 2009 (when publication ceased). kelley was schooled at the national university of singapore, she holds degrees in architecture and architectural studies. 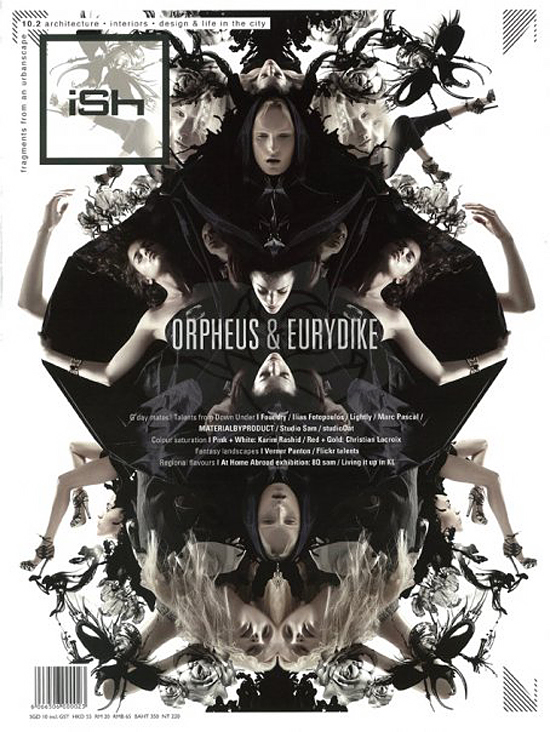 kun of make studio shared with the audience the lessons learned from three projects that featured innovative user interfaces. 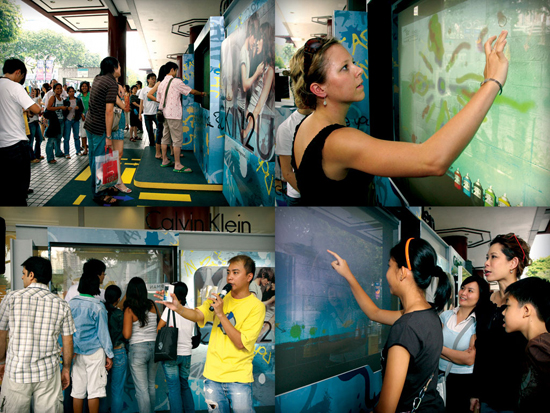 the last speaker for the day was theseus chan of WORK advertising, who shared his views on finding ‘perfection in imperfection’. 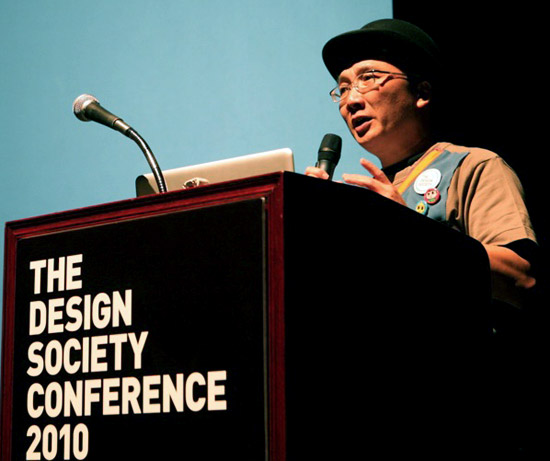 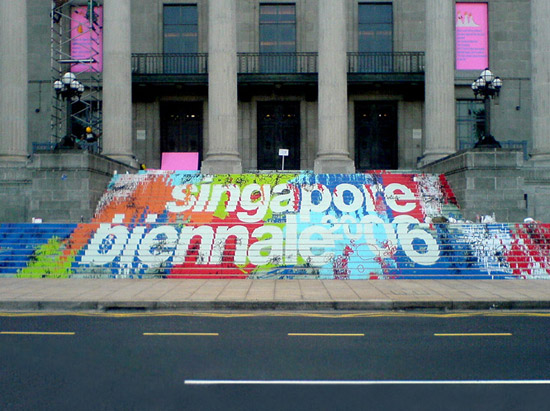 TANGS Monologue Session 1: Theseus Chan from TANGS Singapore on Vimeo.
after the forum, attendees were ushered to the foyer for the launch of the 100 ICONS exhibition. 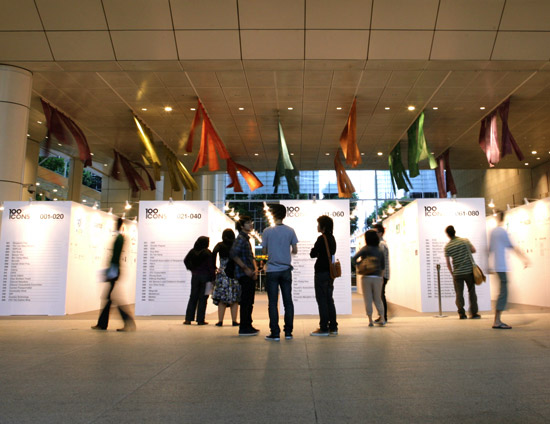 jeffrey ho kiat, director of design singapore council, opened the exhibition with more than hundreds of singaporean marks and logos, each selected based on their iconic values and social or historic significance. 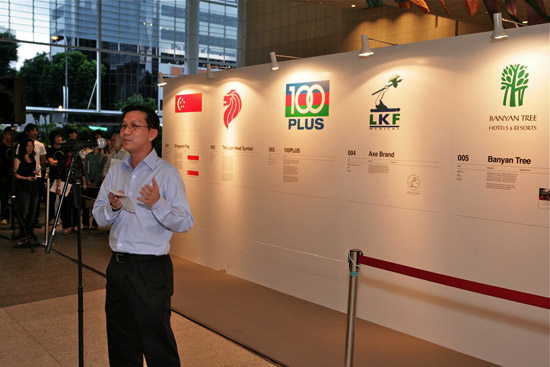 the guest of honour was jeffrey ho kiat, director of design singapore council 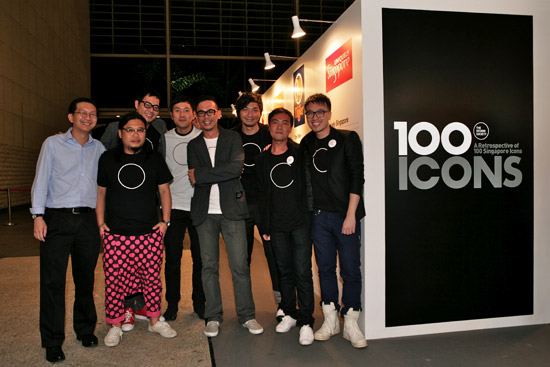 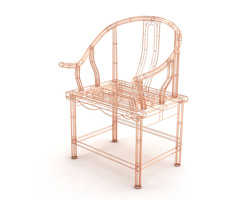 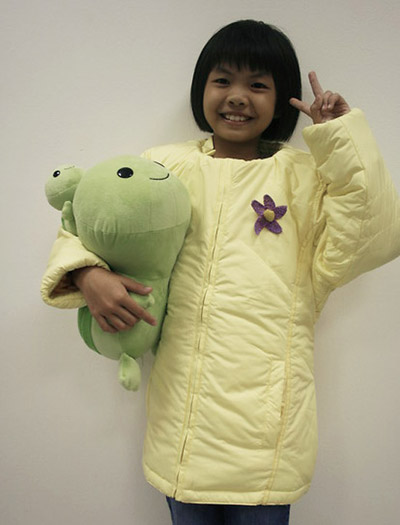 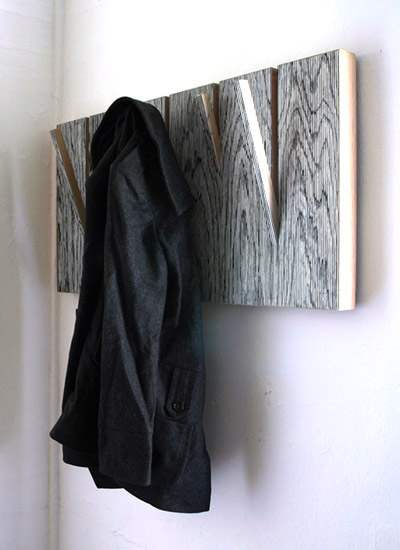 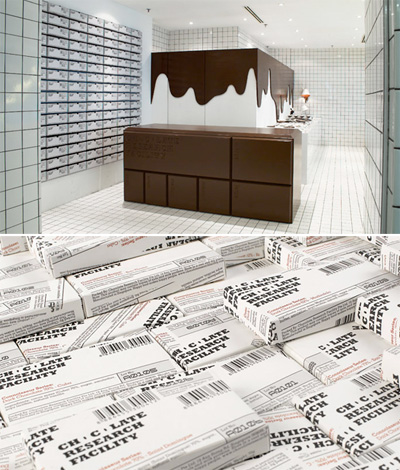 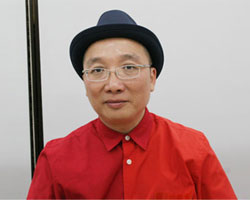