following the success of the first iteration in 2014, kolelina have announced the commercial release of the ‘halfbike II’ through its kickstarter campaign. designed with the user’s experience being the most important aspect, the personal vehicle enables riders to control it using their whole body, rather than just their hands. this, as well as its standing position, acts like an extension of the body, providing a smooth and intuitive ride. the whole experience trains the user’s balance and reflexes, enabling them to awaken their natural instincts.

watch the bicycle in action
images courtesy of halfbikes.com

the ‘halfbike II’ uses the core driving mechanism of a classical bicycle – a wheel connected to a crankset – and is useful for commuting, exercise and recreation. furthermore, the bike encourages personal happiness through playing, having fun, going out and being active. it disconnects riders from their daily routines and provides a different perspective to a city. 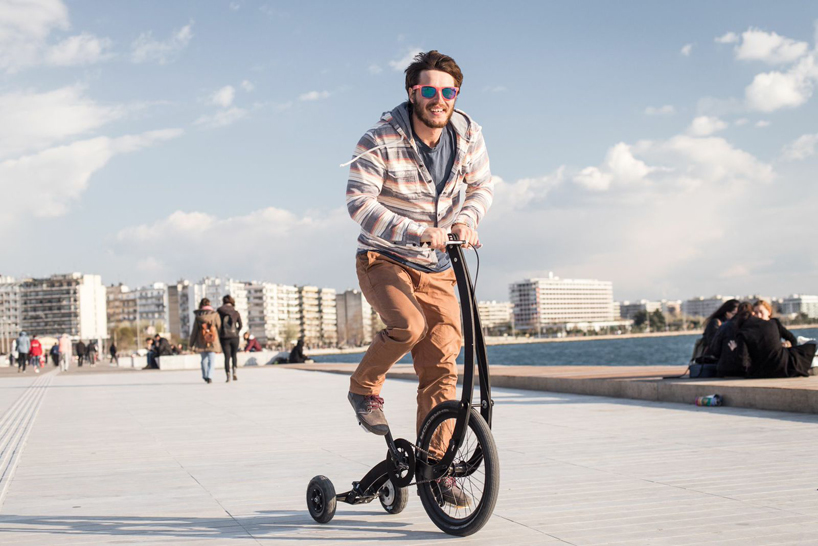 it promotes happiness through playing, having fun and being active 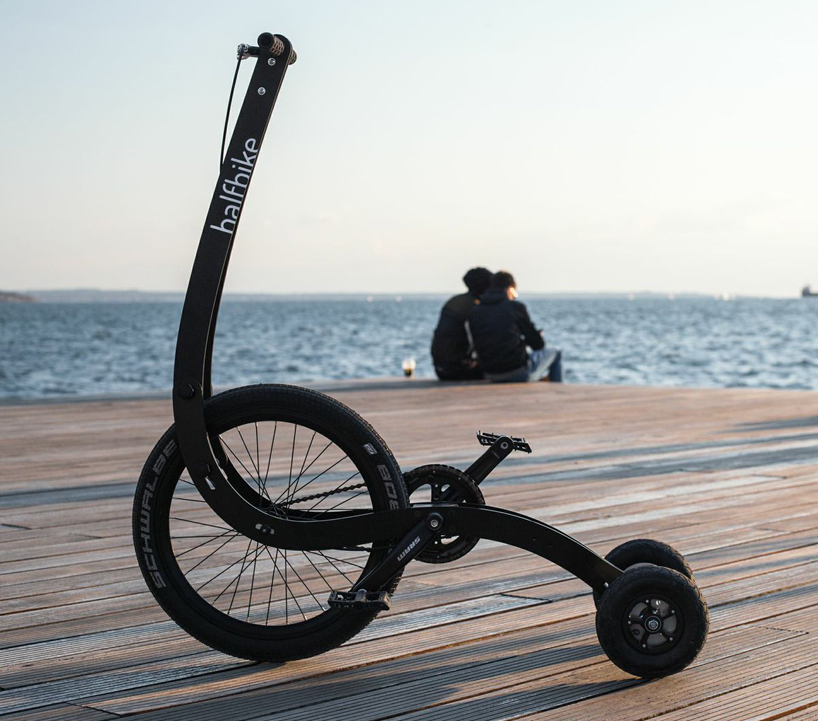 the second iteration follows the first that was released in 2014 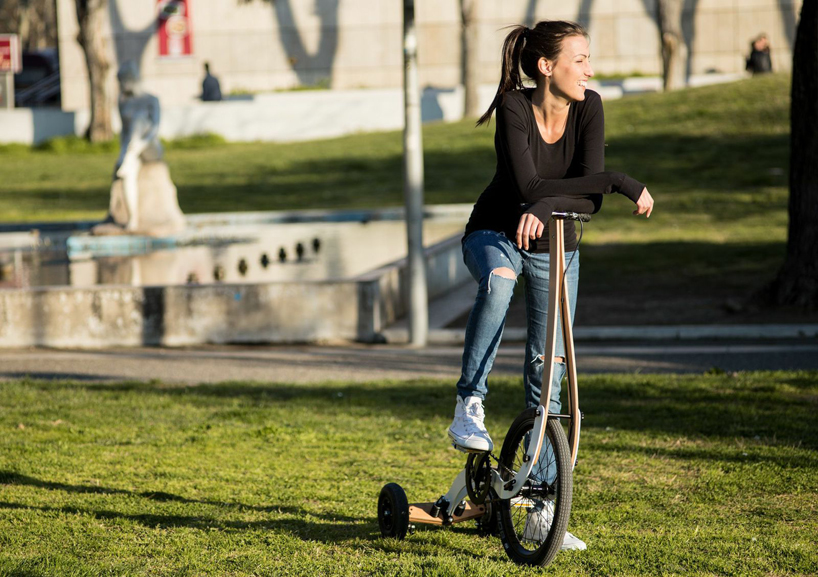 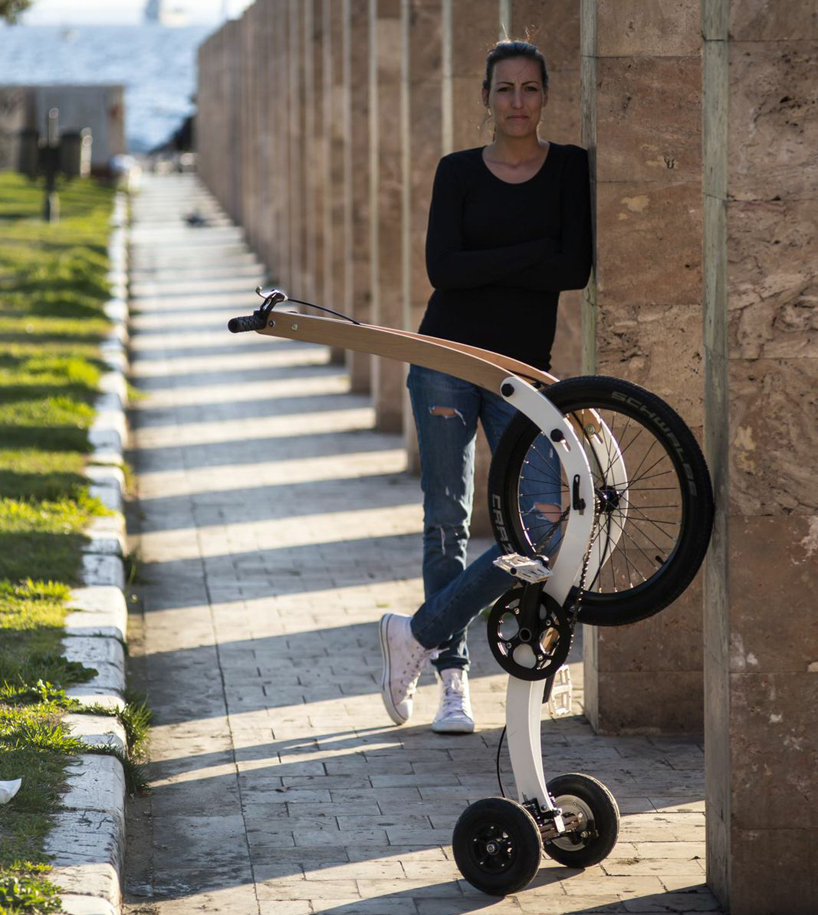 when on its back wheels, the bike can be walked around 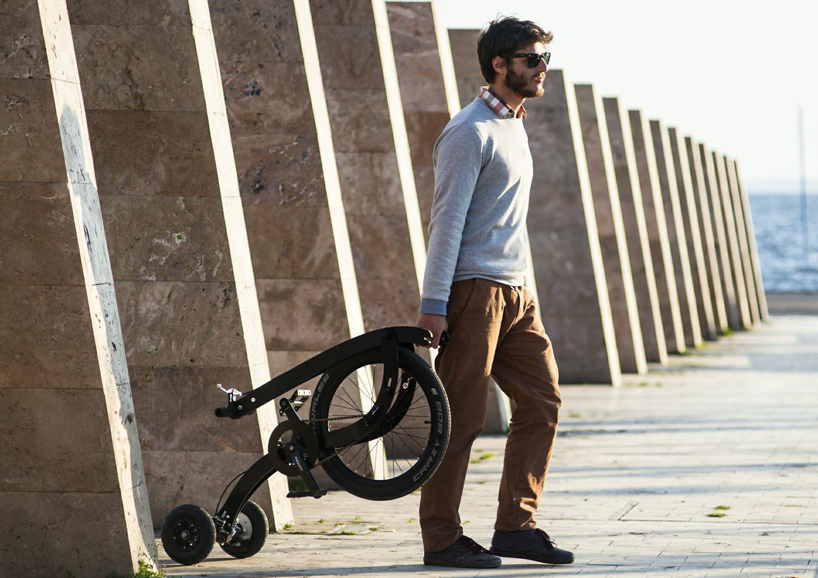 the bicycle can be folded up to enable easy portability 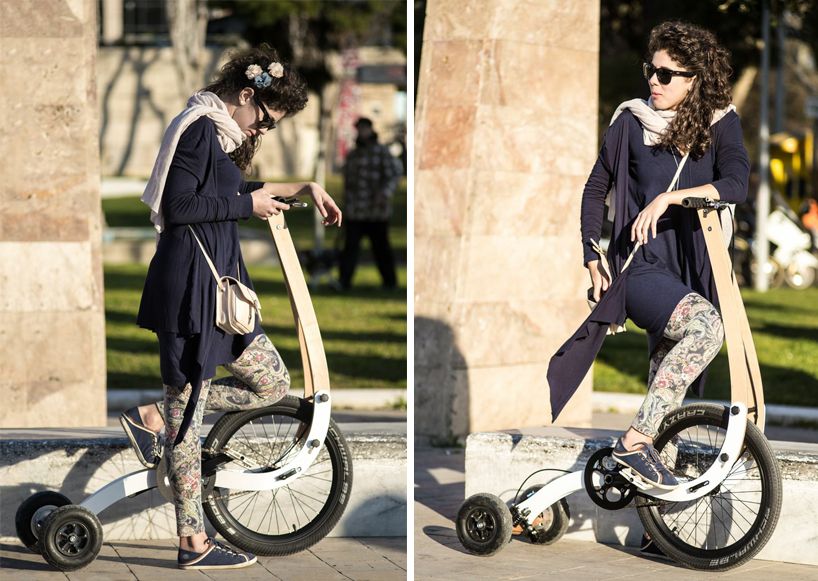 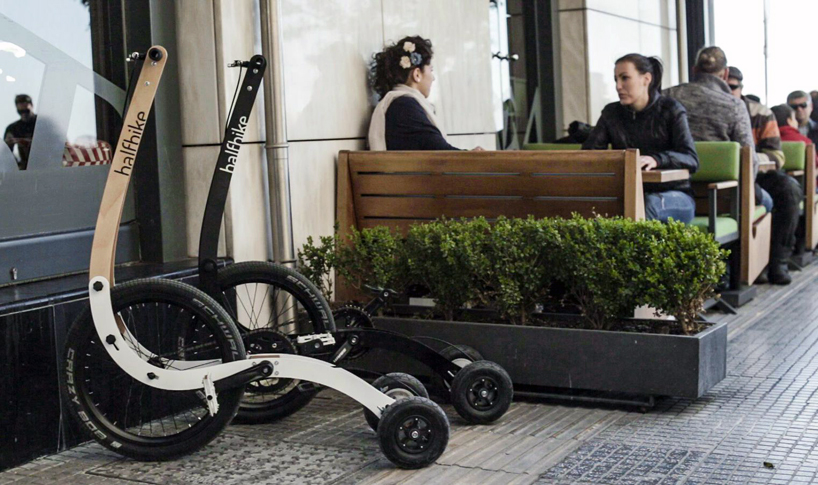 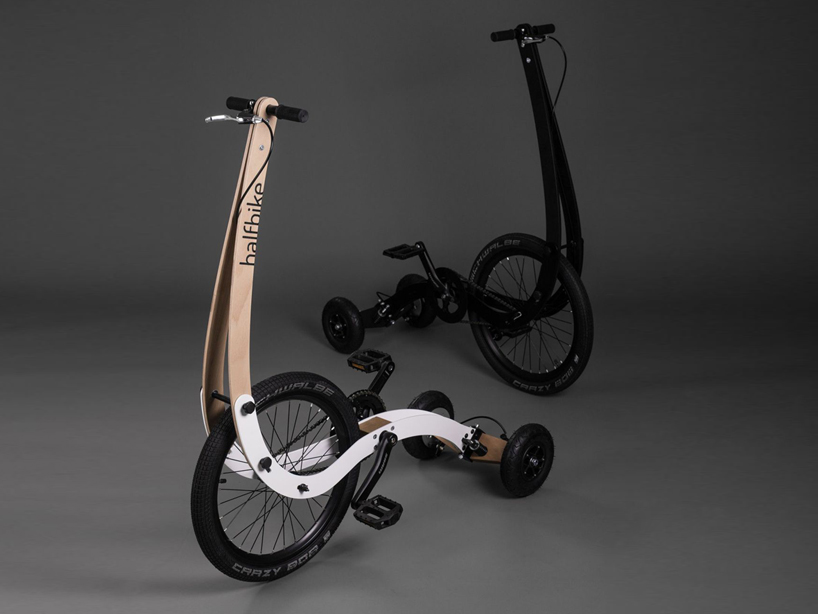 the two color models together 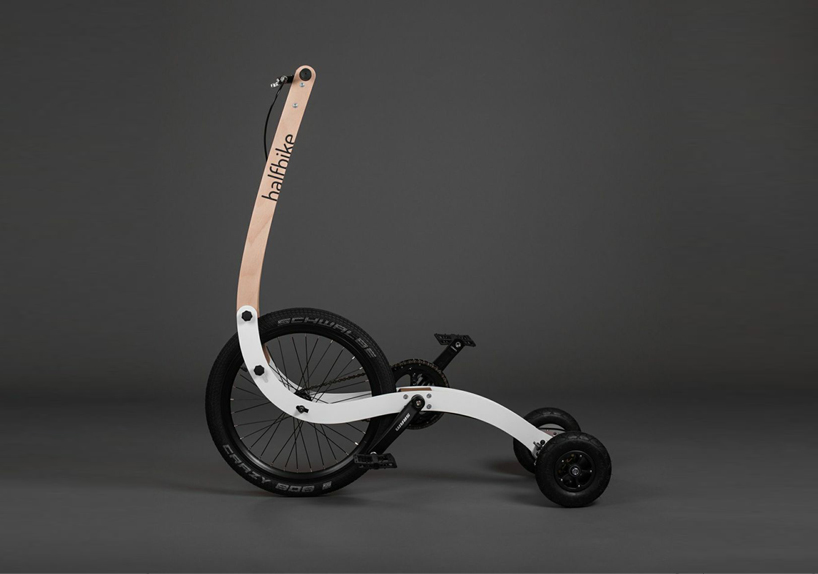 the white and wood version 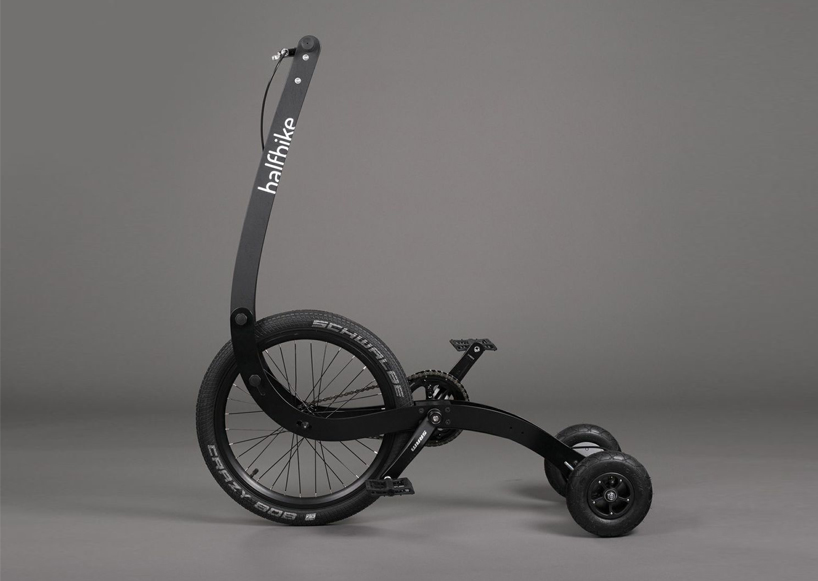