halloween is over and today we celebrate all saints day; but before the hype is gone — and because we just can’t simply get enough — we have compiled some of the best spooky, funny and arty costumes found on the internet. from a headless girl that went viral in the philippines to a group of friends that marched their way as famous paintings, our list will make you go ohhh and ahhh!

japan is reknowned for having one of the most outrageous and wacky halloweens around the world. dating back to the 1970s, the somewhat new tradition reflects postwar history in japan where foreigns who lived around harajuku in tokyo asked a local store to carry halloween paraphernalia. the store’s staff traveled to the US to learn about halloween, and later implemented it in japan, starting with a children’s costume parade in 1983. within years, the event was already big enough to end up spreading from foreign people to the japanese. 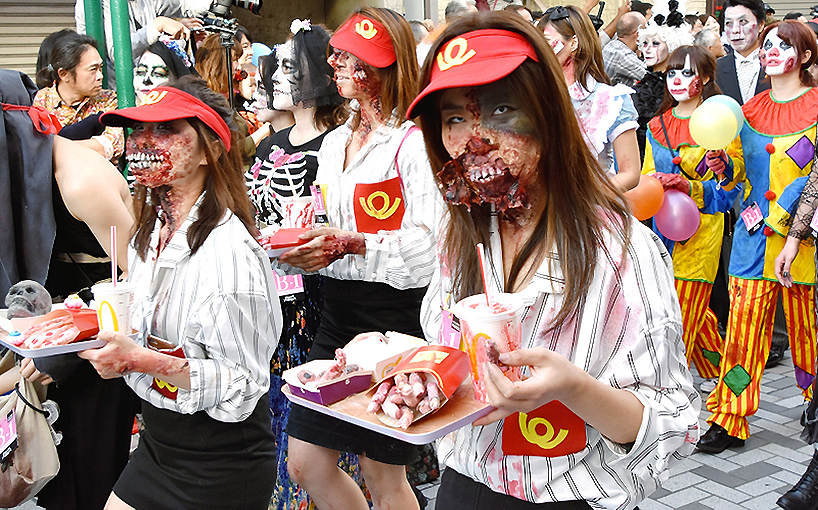 another winner of the pumpkin award was this group of teenage girls who won the ‘best horror award’. the fast-food zombie squad excelled in make-up, creating a reminiscent, high-quality and scary costume.

our favorite spooky costume has to go to this headless girl in the philippines. named maya, the little girl went viral on social media after her mother posted a video on instagram. our favorite part of maya’s costume? she collected her candy on her headless neck as her hands were occupied holding her head. 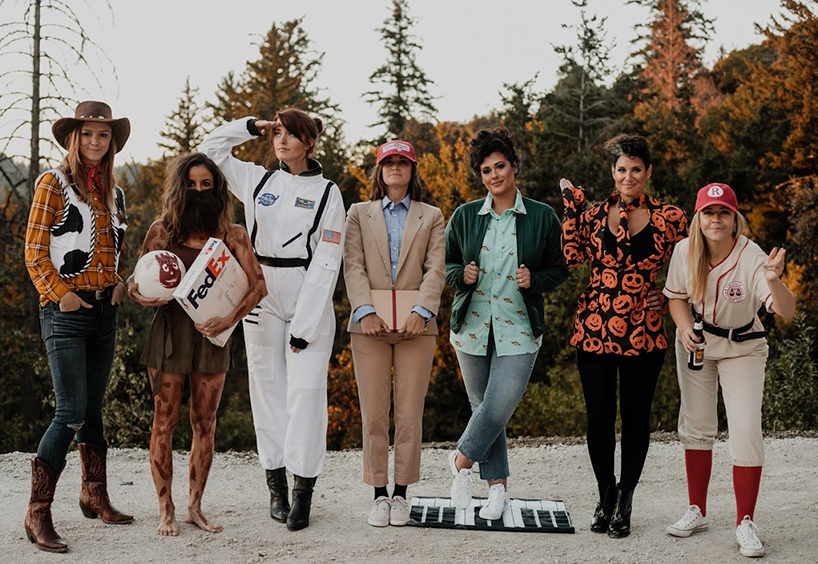 for more than five years, this group of friends has dressed-up for halloween as different actors and their different movie characters. following bill murray, robin williams, johnny depp, jim carrey and will ferrell, this year they chose to honor tom hanks. the group costume included toy story, cast away, apollo 13, forrest gump, big, david s. pumpkins (SNL), and a league of their own.

last but not least, we have this star wars-inspired star destroyer vehicle. built by andrew guy for his son, the spacecraft took more than a few months of gluing and painting. the star destroyer is equipped with a speaker that blares out the imperial march as well as lights that make it even more impressive.