for the second time, new york-based designer harry allen and portland-based glassmakers esque studio have collaborated on a collection of objects that juxtapose soft glass silhouettes against hard metal forms. presented at heller gallery from now until may 28, 2016, the ‘harry allen esque’ lighting series comprises water-jet cut metal plates, into which fluid glass shapes are hand blown. the highly experimental development process yields a collection of luminaries that lie at the intersection of design, craft, and art. ‘going into it, we really don’t know what to expect,’ allen describes. ‘it’s a learning process, but we have gotten good at identifying what is interesting and beautiful and doubling down on that.’ 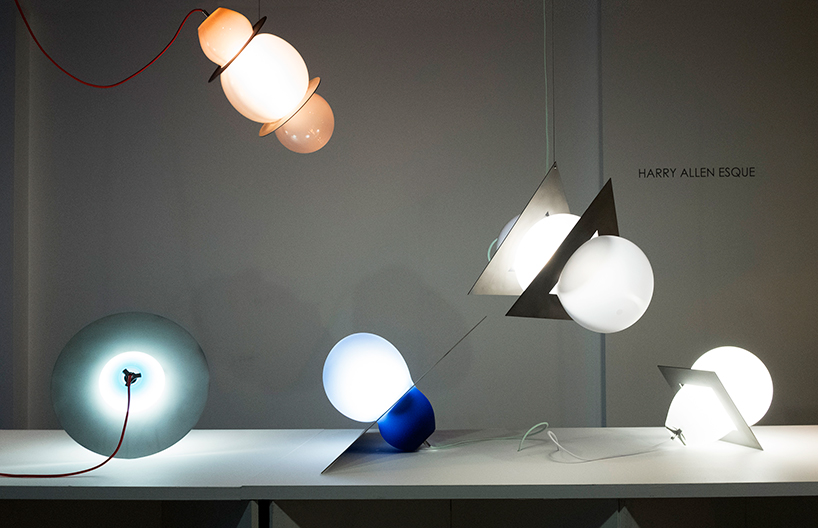 the resulting forms are physically shaped by the process of their making. grotesque forms are softened by a bright, sophisticated color palette and material application. ‘we are defining a new technique as well as a new aesthetic, so it can be stressful,’ andi kovel of esque studio says. ‘there is some loss along the way, but when we get in the groove its almost as if the pieces come to life by themselves. the end result often equals more than the sum of its parts.’

the exhibition coincides with new york design week 2016, with a special reception for the occasion held on may 13th, 2016 at heller gallery. 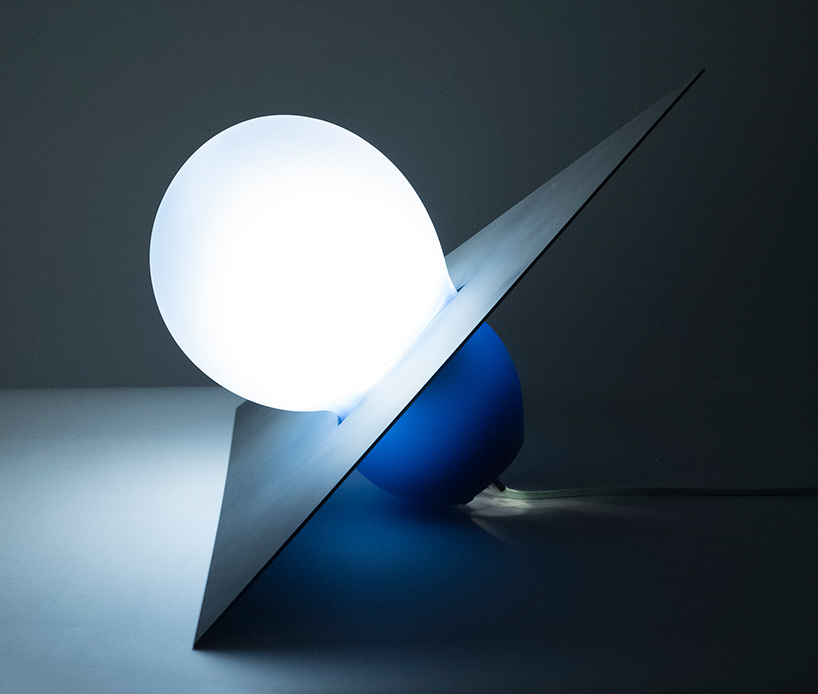 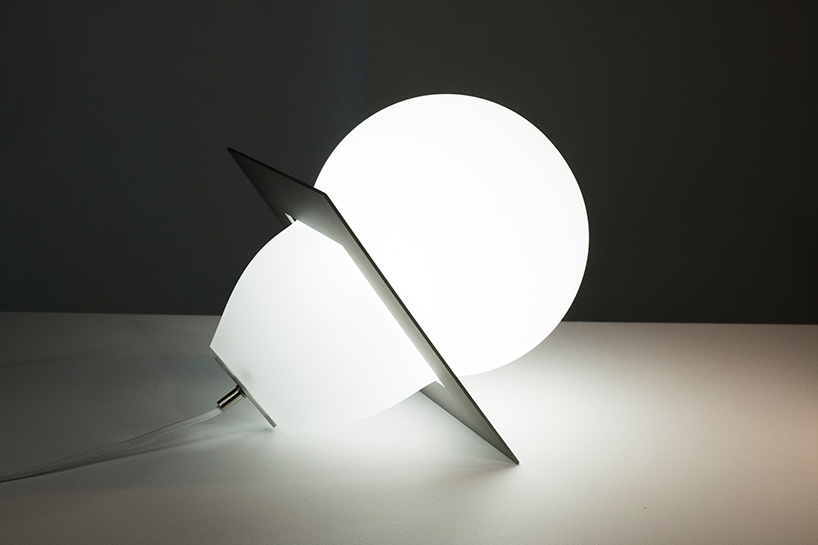 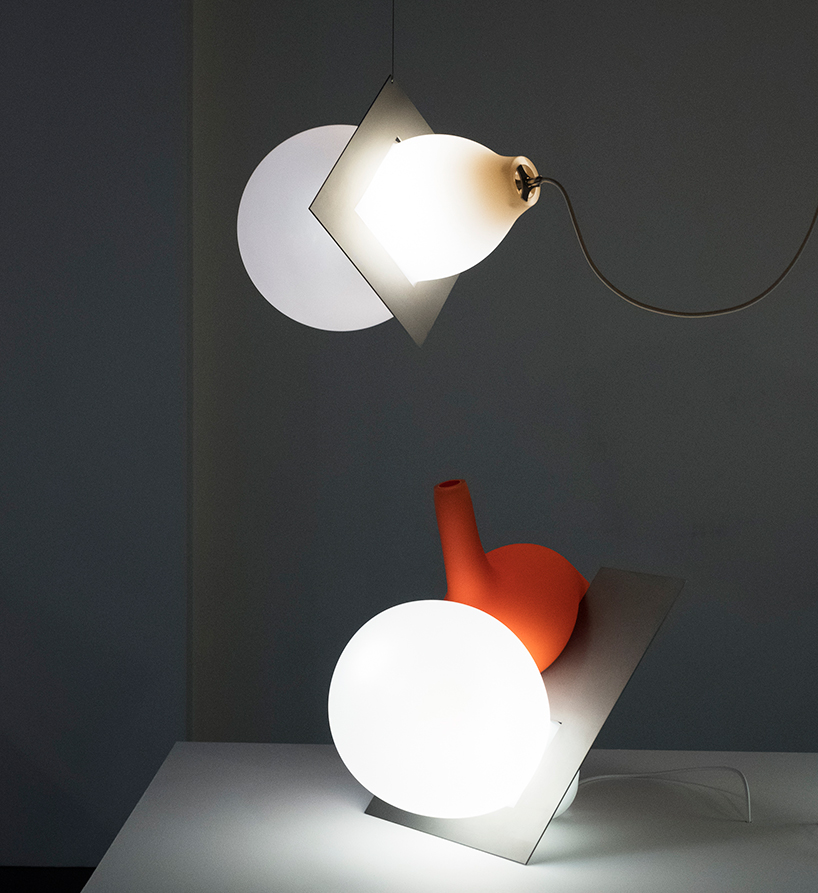 grotesque forms are softened by a bright, sophisticated color palette 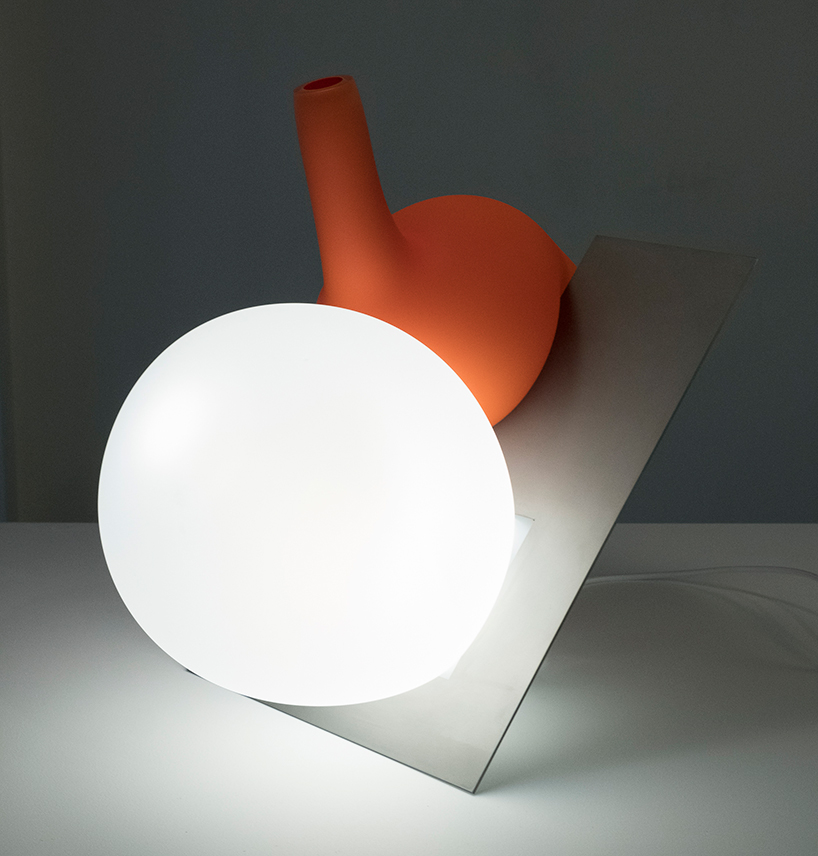 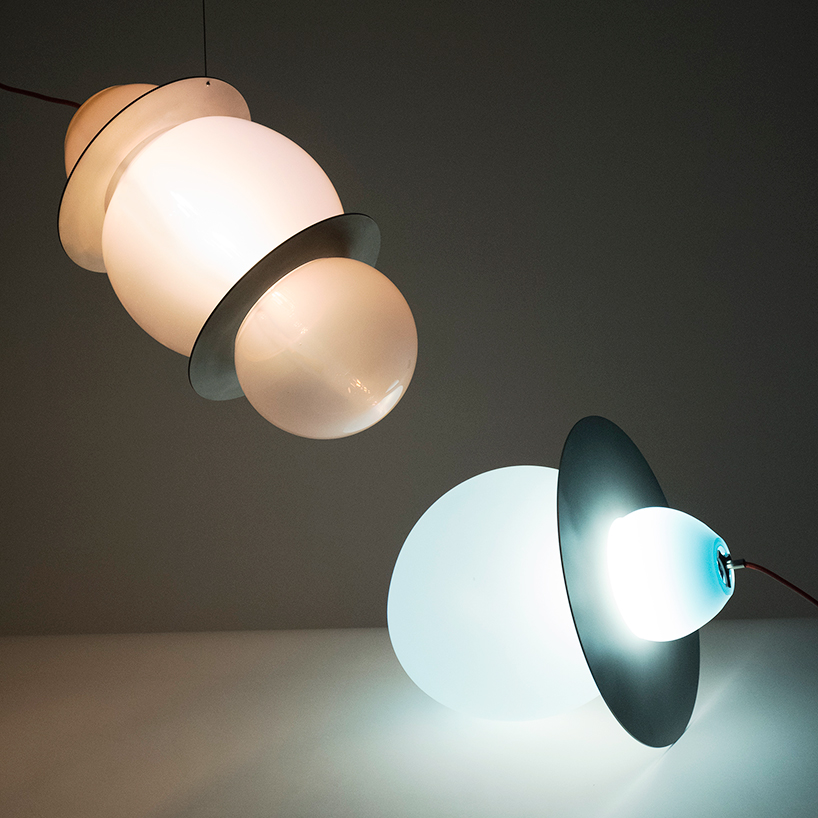 fluid glass shapes are hand blown around the metal sheets 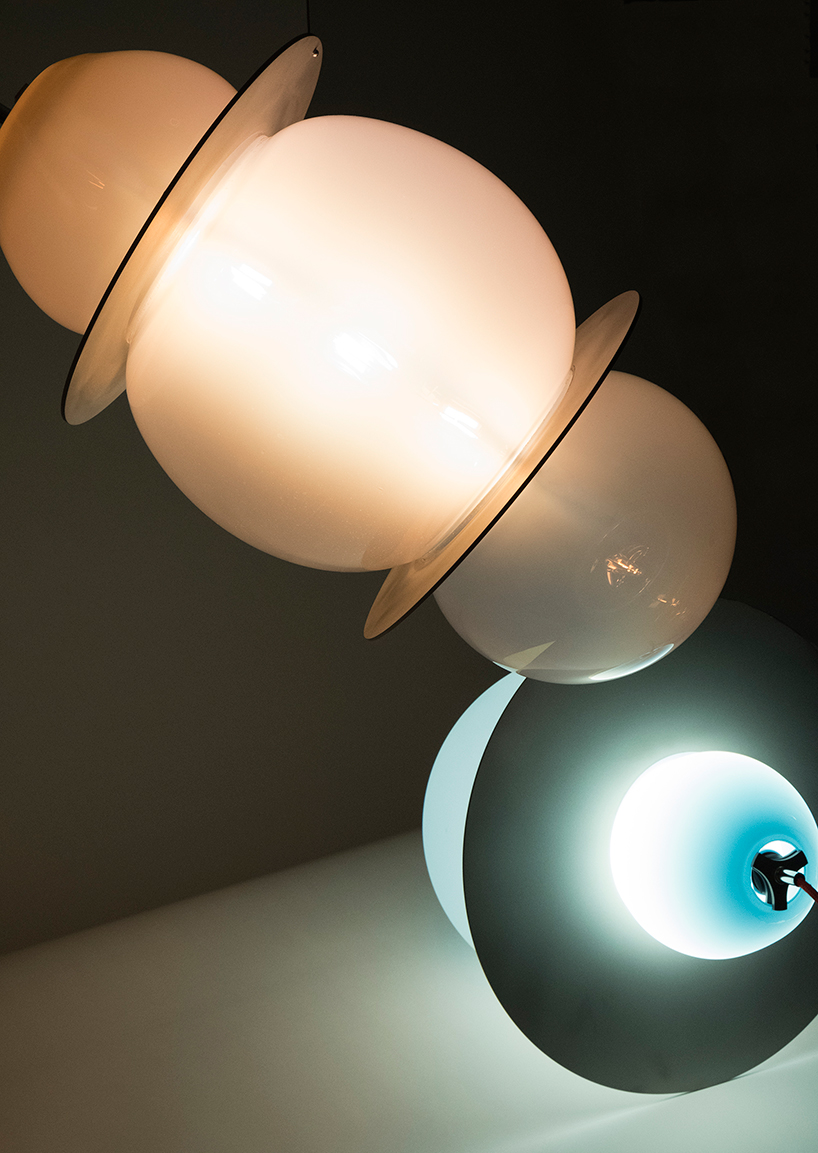 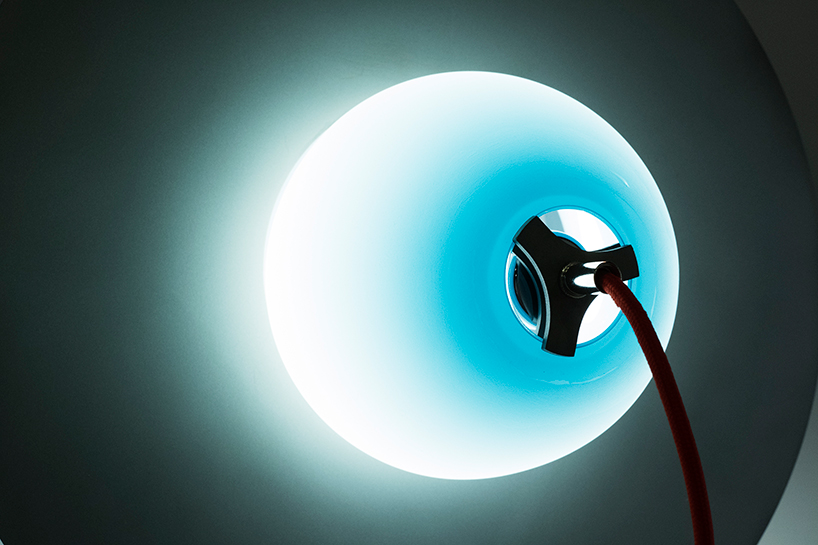 a cool glow is emitted from the back of a luminaire 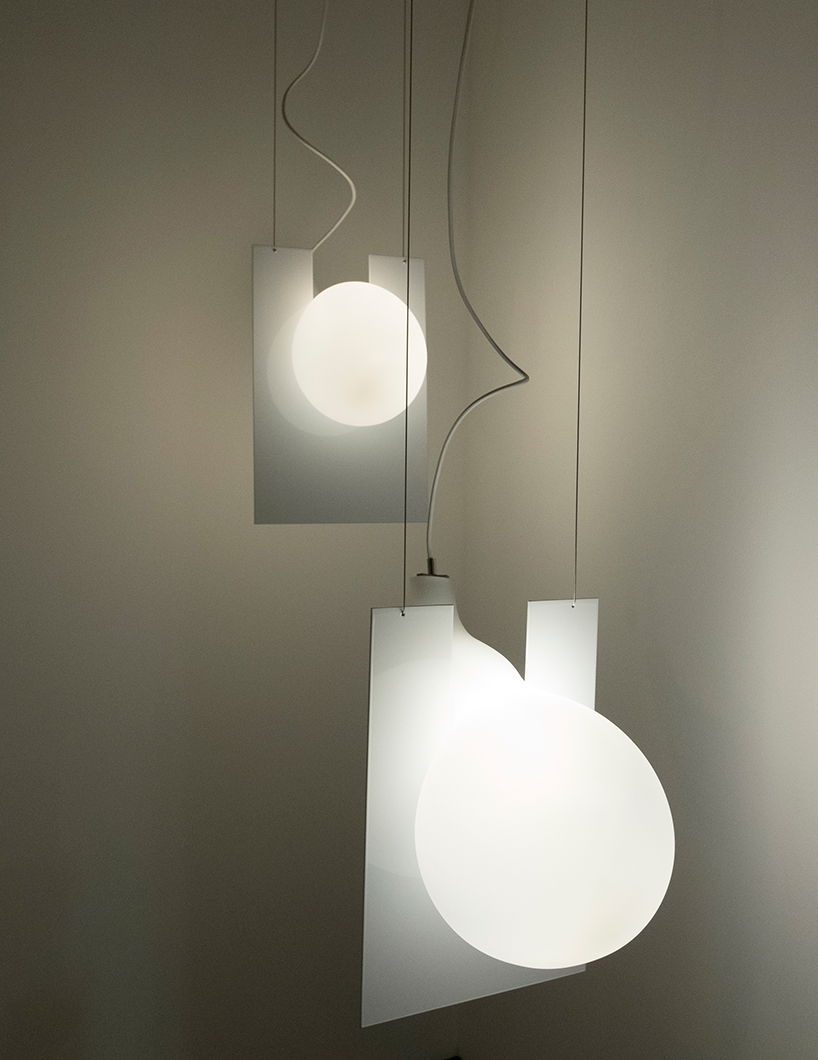 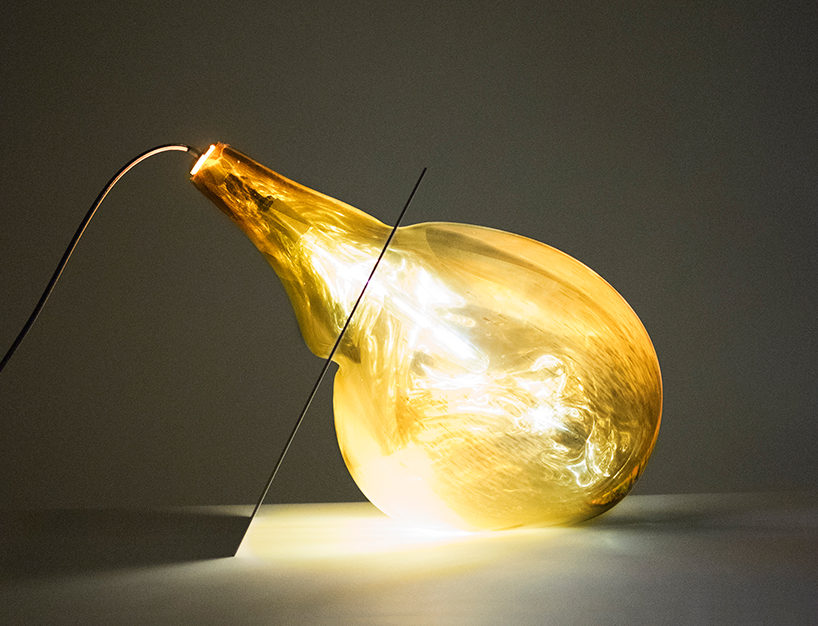 the glass is shaped by the intersection of the metal plate 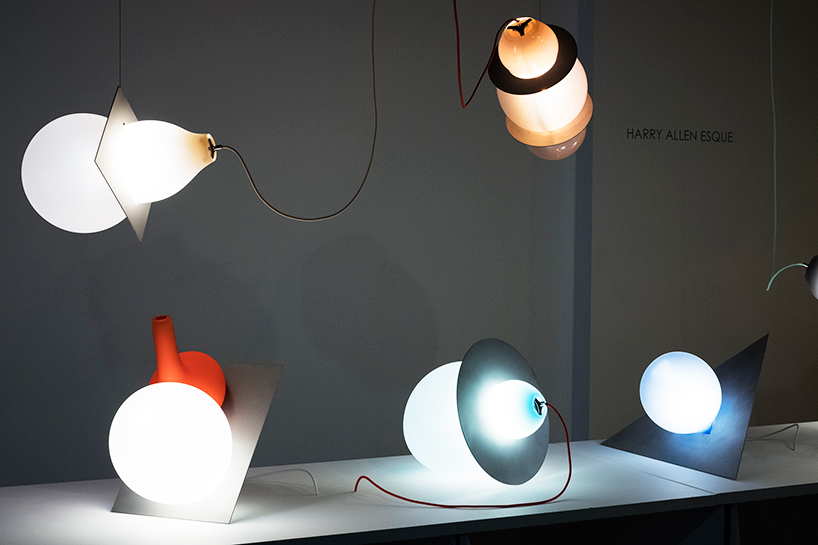 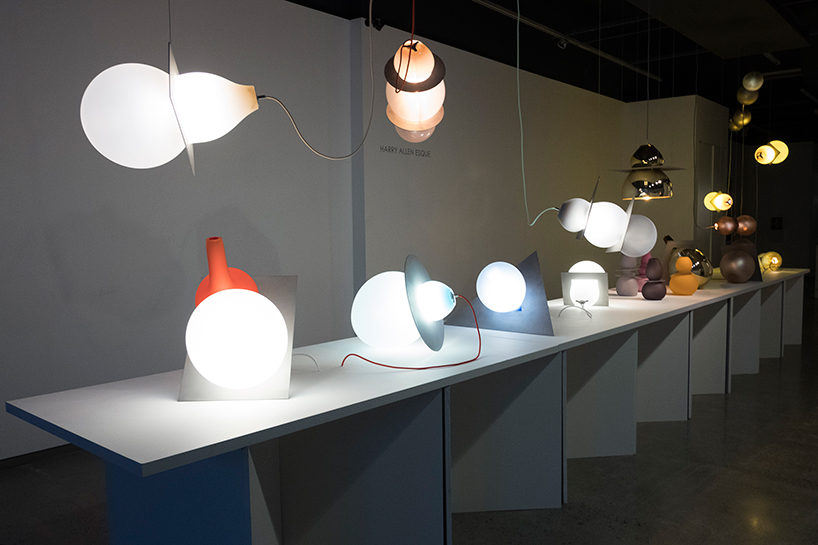 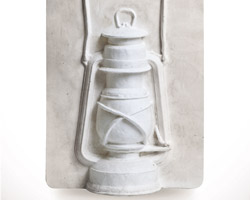 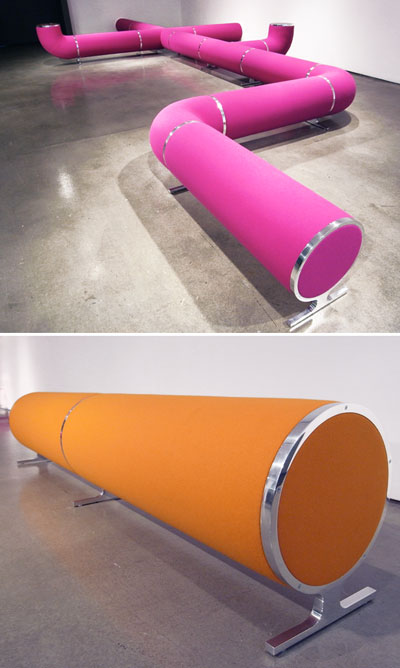 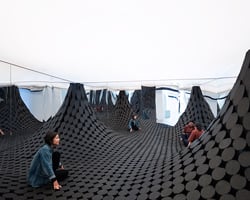 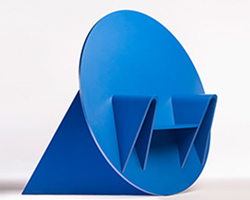 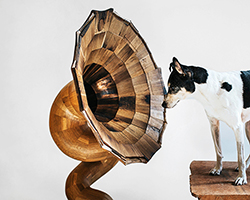 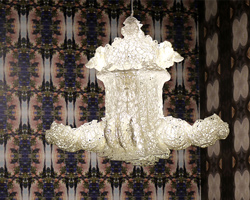 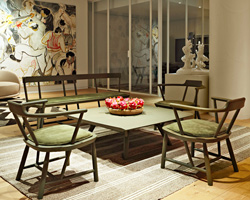