the ‘carmen’ family includes two floor versions and a table and pendant lamp. the form of the lampheads is influenced by the armour worn by saladin in ridley scott’s film ‘kingdom of heaven’; quick sketches made after seeing the film were translated into a 3D model and gradually refined at the studio. the final version of serrano’s original concept spaces white-lacquered steel disks slightly apart from one another, a dding depth to the pieces through the play of light and shadow.

after proposing the product to fontana arte, serrano worked heavily with the company to translate his original designs into a piece efficient for mass production. in this final rendition, the lamp is produced as a series of rings rather than individual overlapping single disks. the layered effect of the lamps transitions between soft and direct light, balancing the intensity of energy-efficient bulbs with the reflections filtering through the steel. 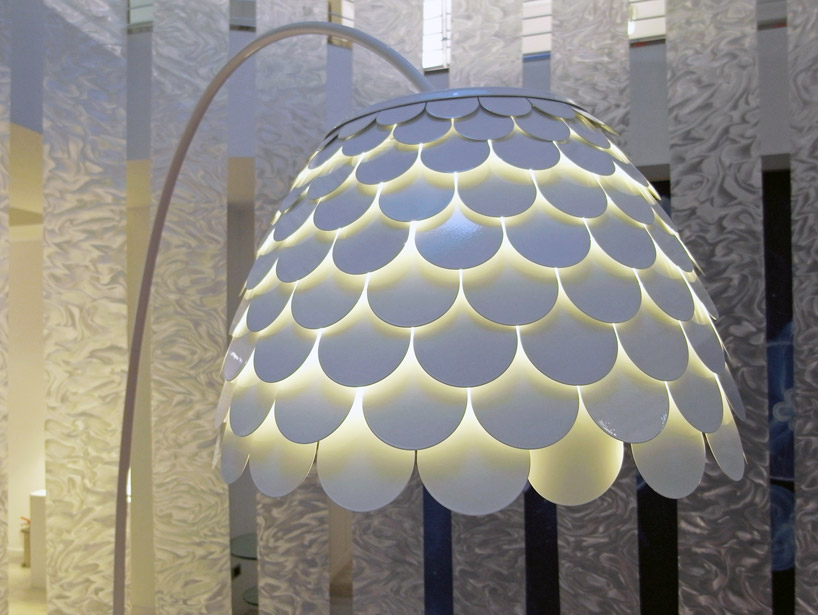 closer view of the lamphead on exhibition image © designboom 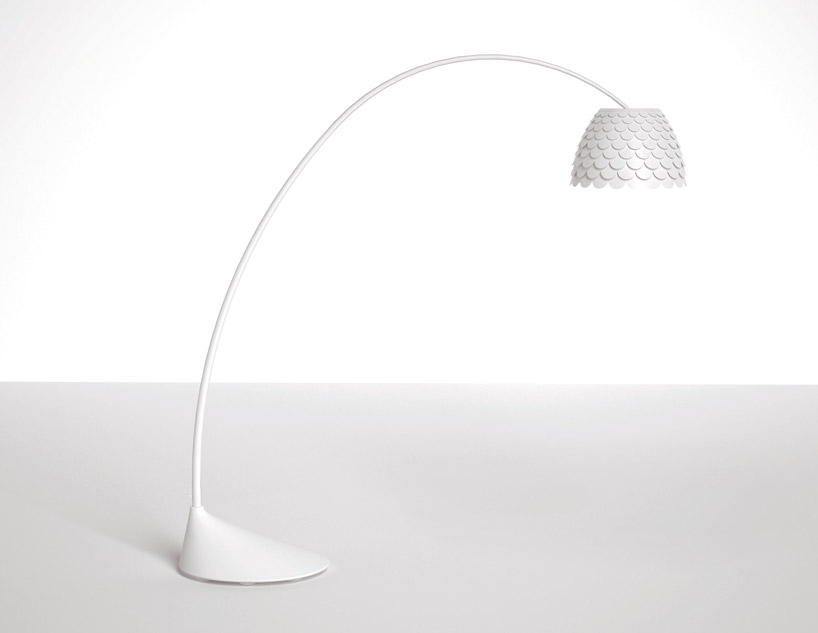 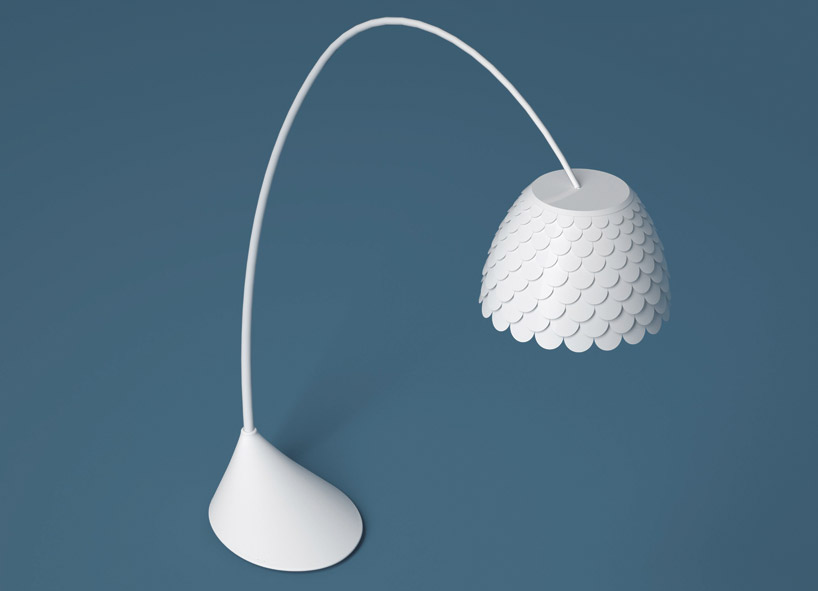 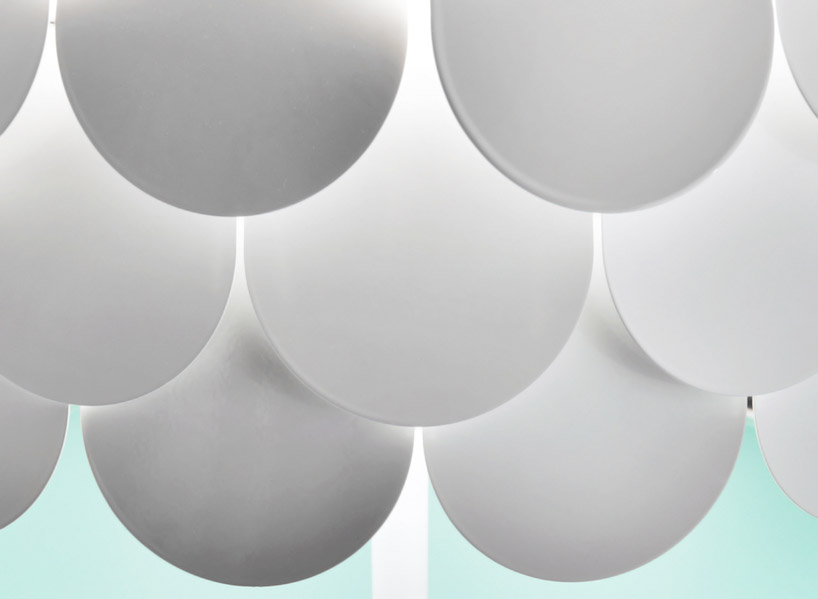 detail view of the disks 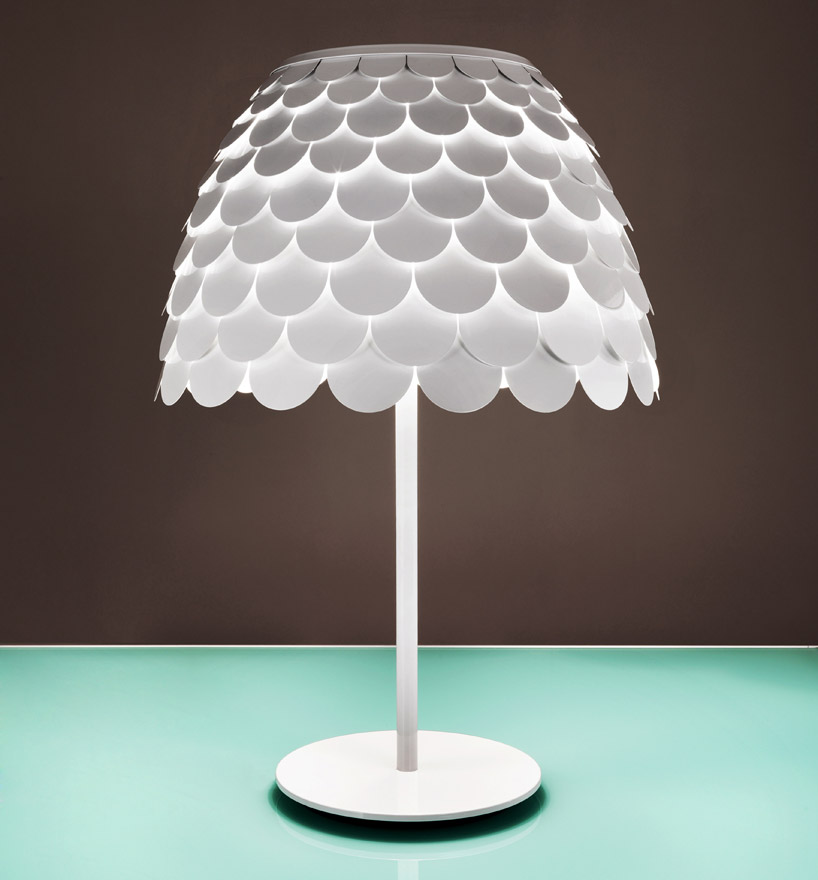 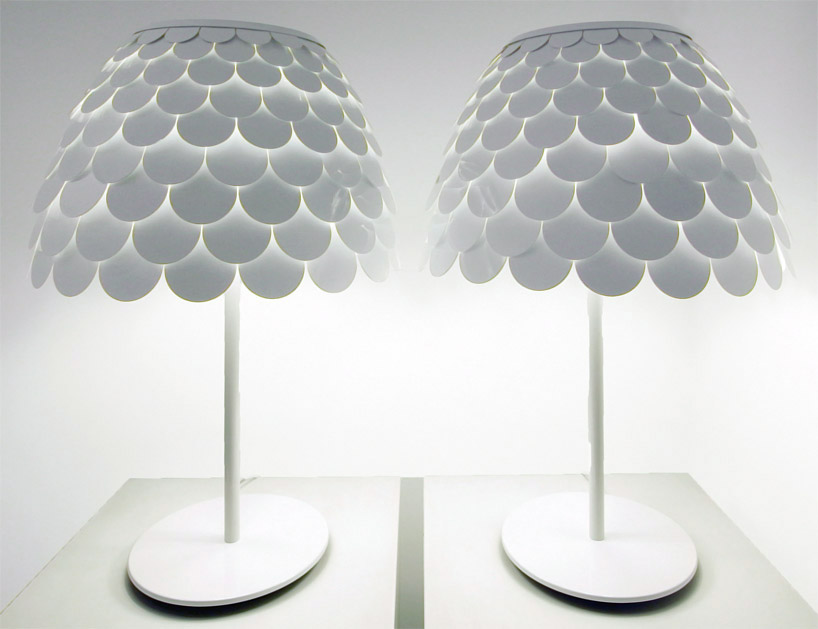 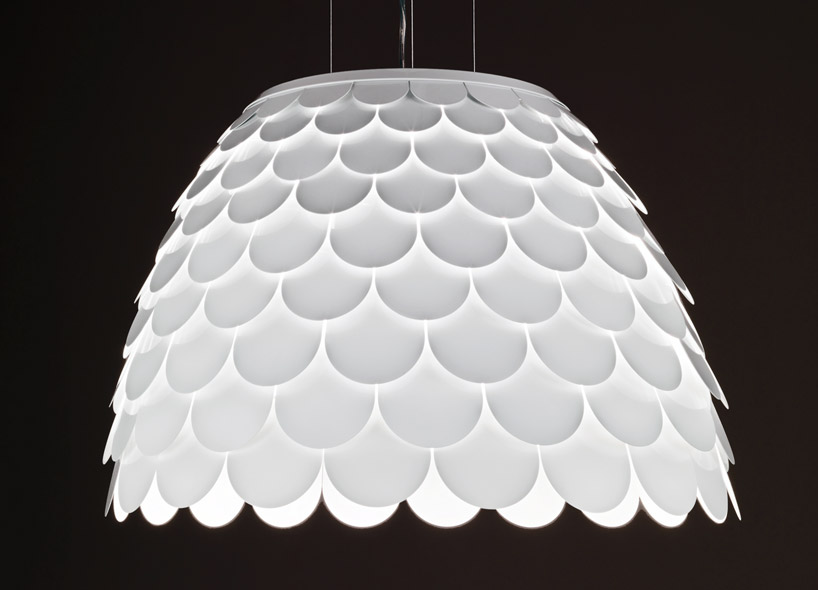 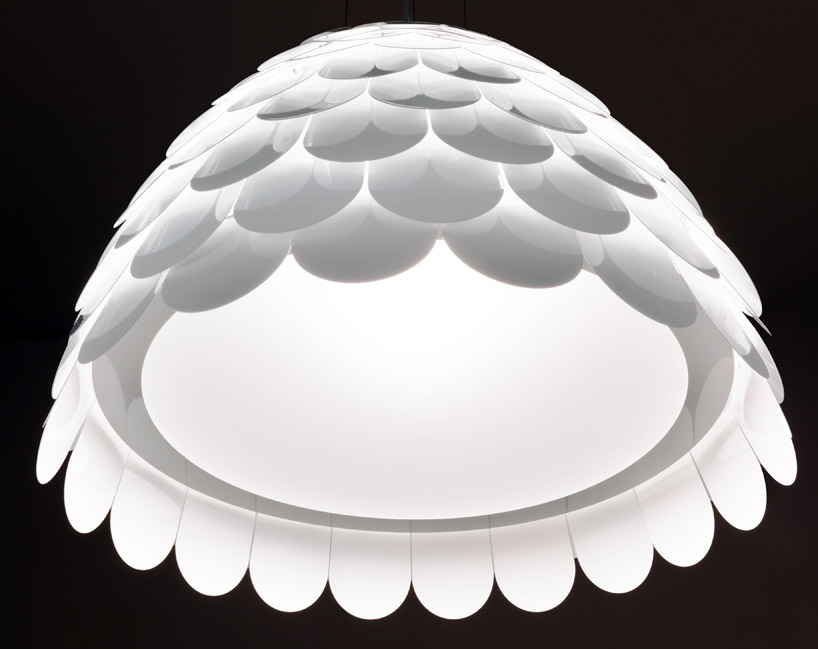 view of the lamp underside 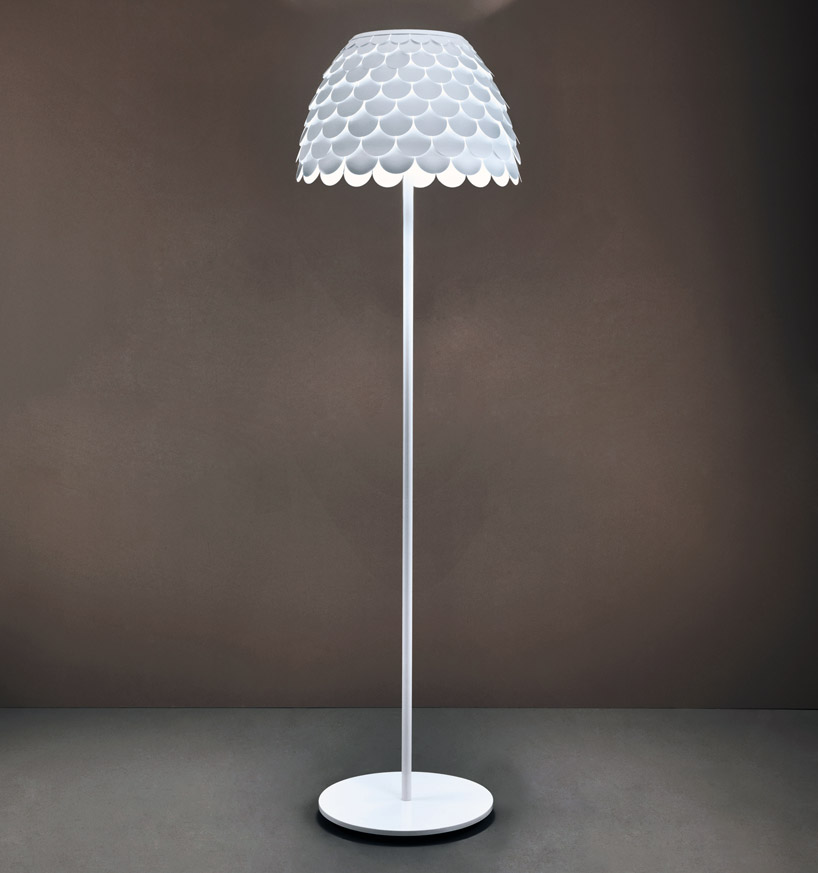 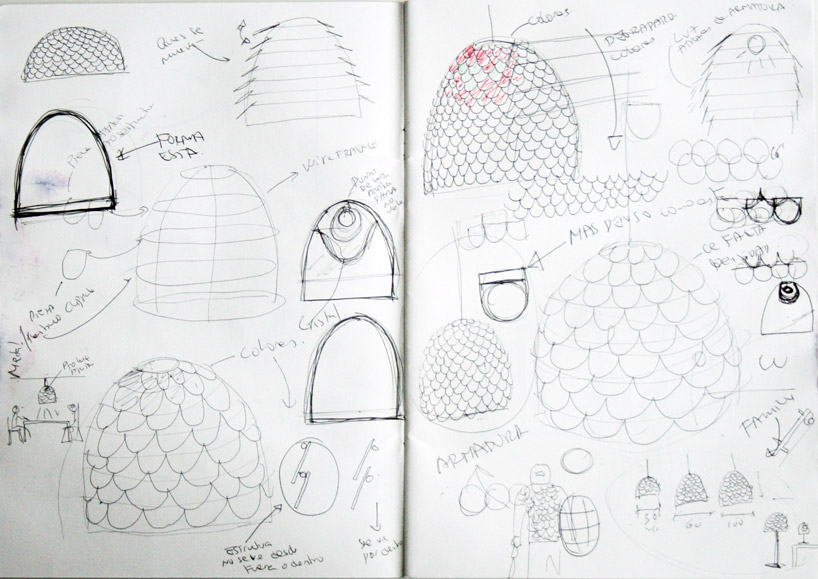 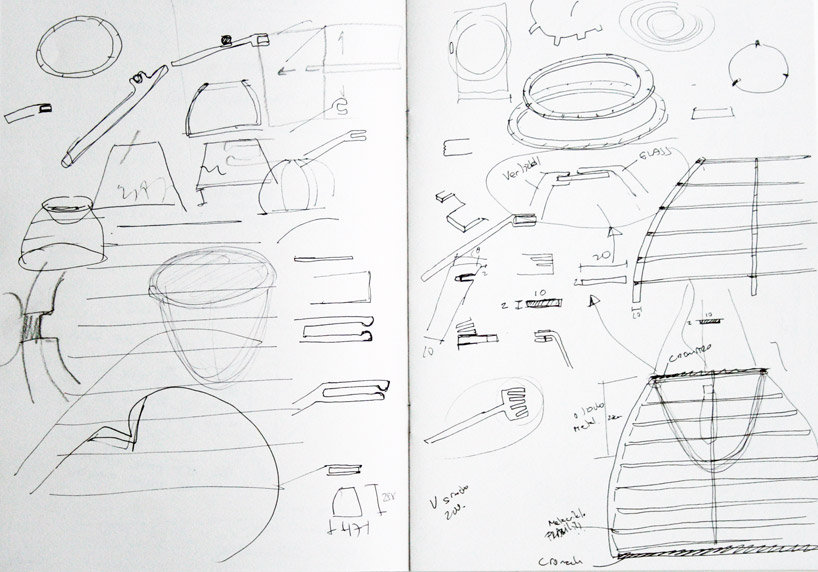 ‘carmen’ will be on display as part of euroluce at milan design week 2011. among the other exhibitors at the festival is benjamin hubert, whose ‘roofer’ pendant lamp, covered in this designboom article, adopts a similar external form to ‘carmen’, but is composed of individual disks of rubber and represents a different conceptual process.