japanese furniture company kitani has collaborated with paris-based danish-born designer helle damkjær to produce ‘k-chair’ and ‘k-plus’, an arm chair and ottoman set on show at the 2011 stockholm furniture fair. 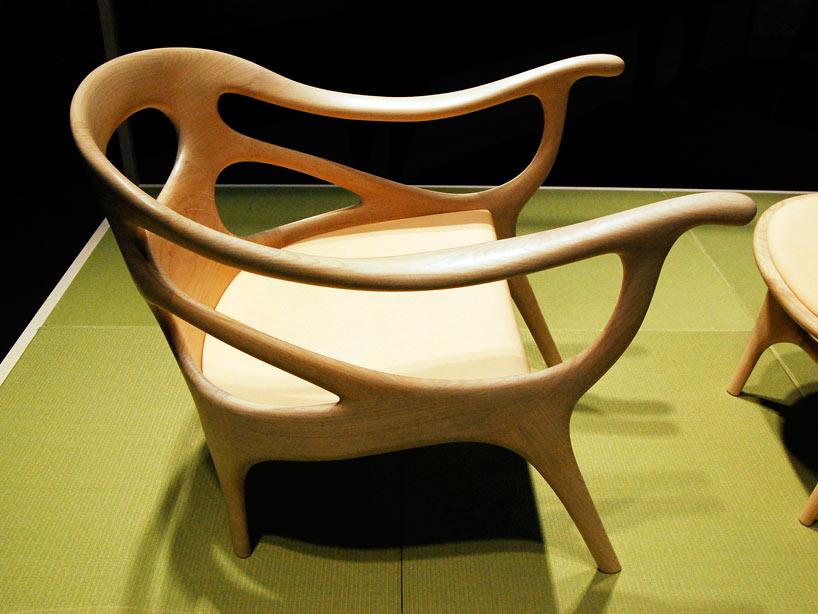 profile of the ‘k-chair’ image © designboom

the company has been producing chairs by famous danish designers for the past 15 years. when kitani assigned damkjær to design a small collection of furniture for them, she says, ‘I was sure that I had to design something more than a ‘well-crafted’ chair. it needed to be the perfect balance between modern design and immaculate craftsmanship.’ 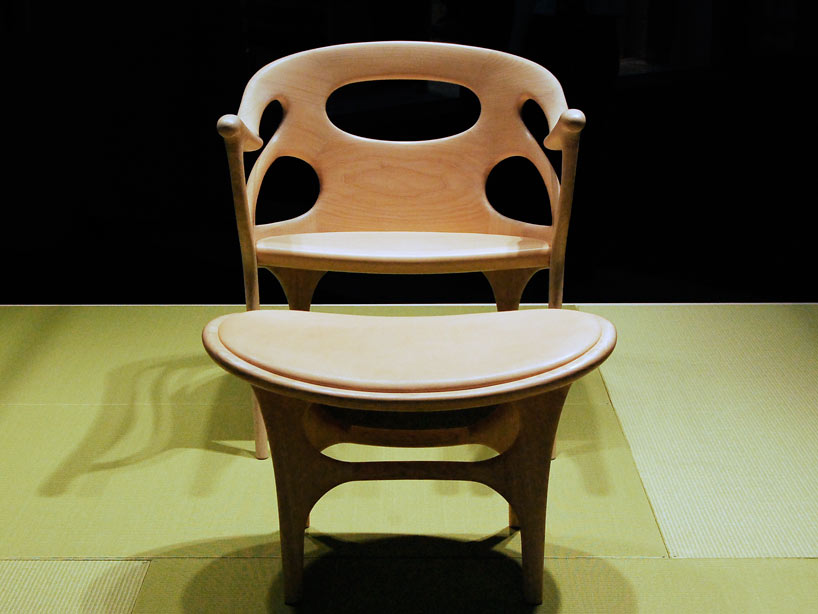 the result is a seating object and footrest feature sloping soft curves, the frame being made from sen wood upholstered with natural leather. the form of the ‘k-chair’ as born from damkjær sculpting clay into a form of naturally harmonious cuves. the ‘k-plus’ footrest was influenced on the designer’s visit to kitani in takayama, japan, in which its design references a torii gate she saw leading to a japanese shrine. 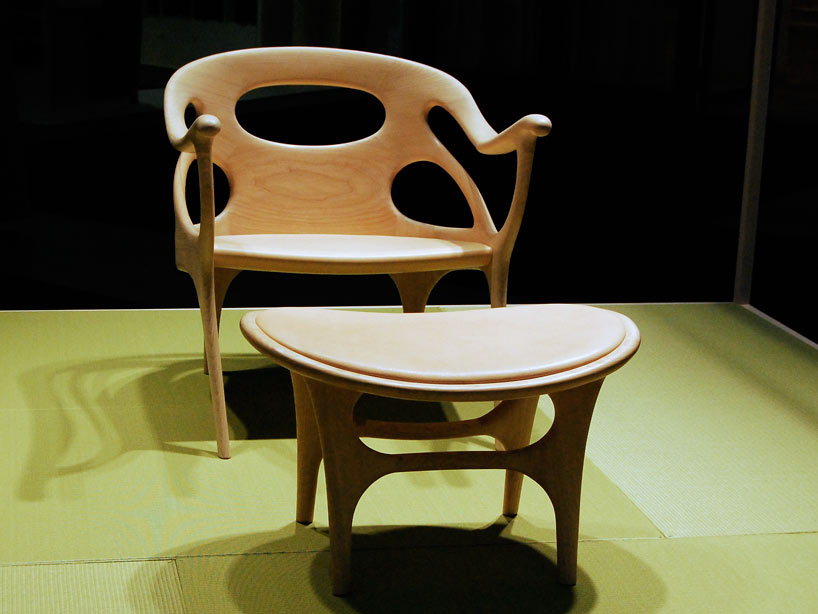 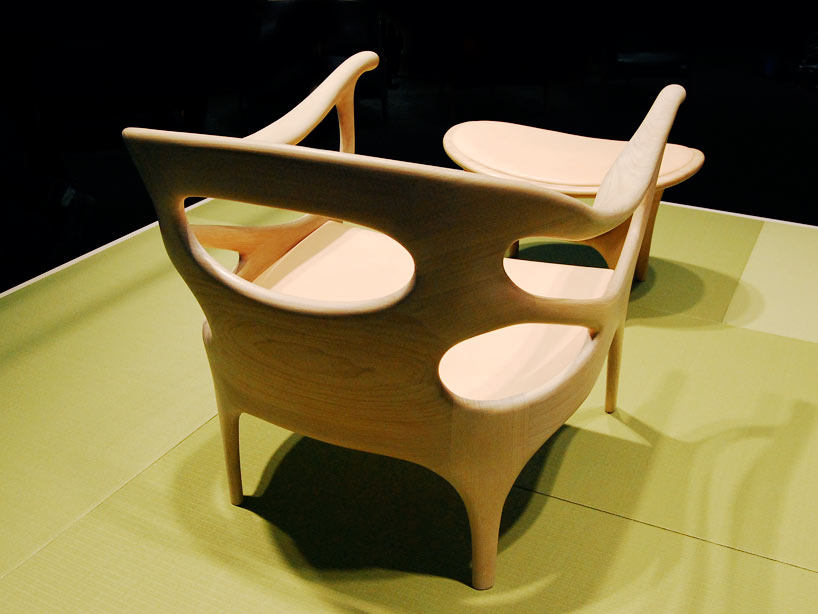 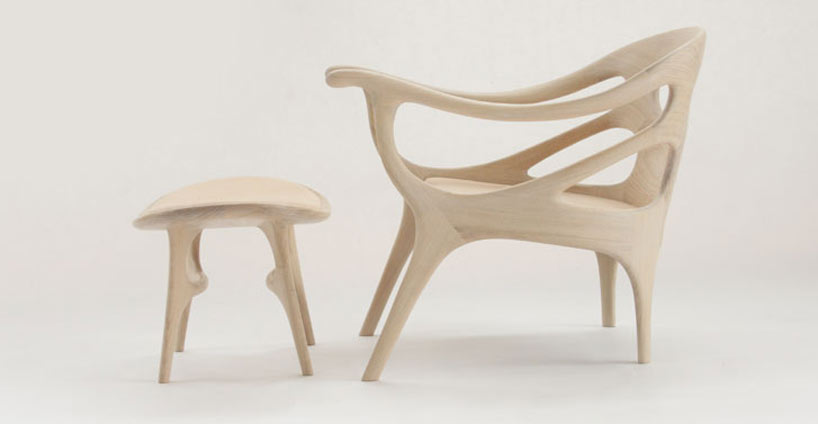