‘hello kitty’ could be considered one of the most recognizable and famous personalities of japan. the fictional character created by sanrio has long been popular amongst women, with its fan base mainly consisting of females. however, japanese men’s lifestyle magazine pen, prompted the realization of a collection of t-shirts conceived with the adorable cat in mind. thus, nendo was brought on to develop a series of hello kitty-themed graphics that were more tailored towards males. in her appearance, ‘hello kitty’ and her cuteness stimulate much of the right brain, so to appeal to a different target, nendo decided to stimulate the left brain by depicting ‘hello kitty’ less conventional ways, sometimes overtly, other times more subtly, through eight t-shirts. 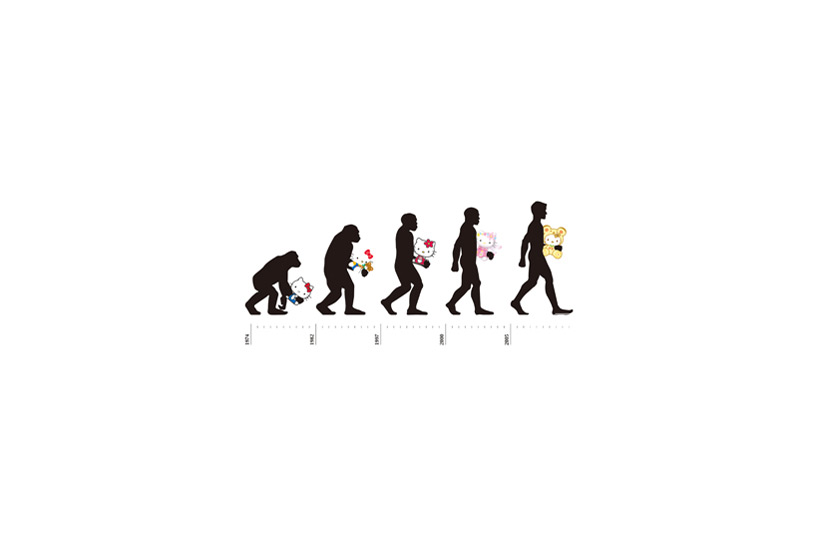 since her debut in 1974, ‘hello kitty’ has been transforming over the years, incorporating design trends concerning her contours, three-dimensionality and facial features. ‘evolution kitty’ draws attention to her continued changes, with her superimposed on the classic illustration depicting human evolution. 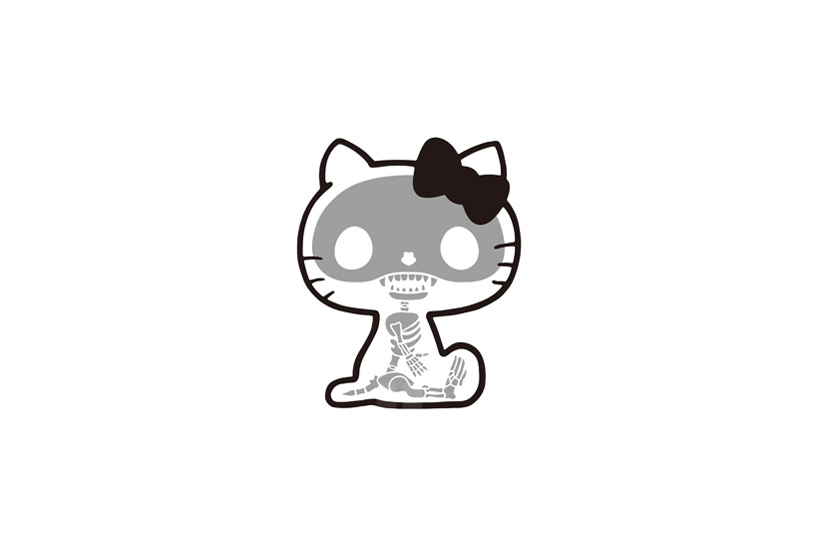 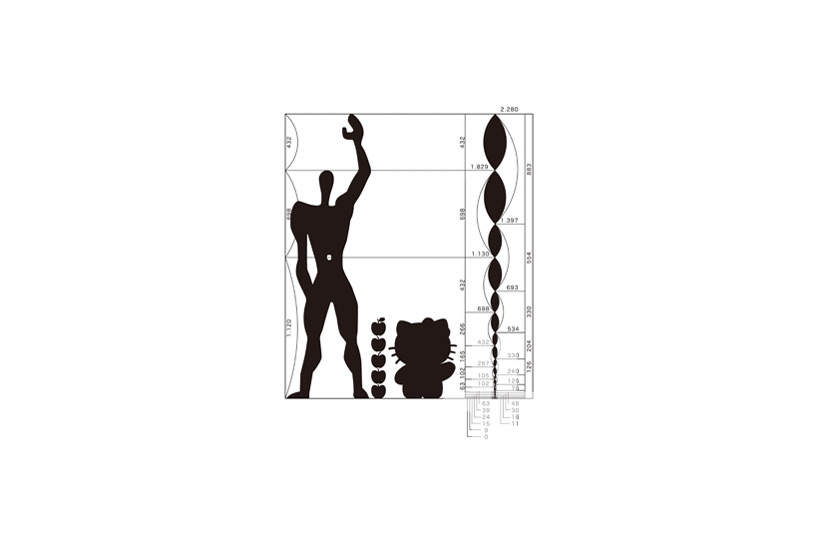 based on the sketches of le corbusier who is known for his anthropometric ‘modulor’ system of proportions when designing architectural spaces; the ‘kitty modulor’ scheme was made featuring kitty raising her right arm, with five apples next to her, marking her height. the resulting image appears as if two figures are saying ‘hello!’. 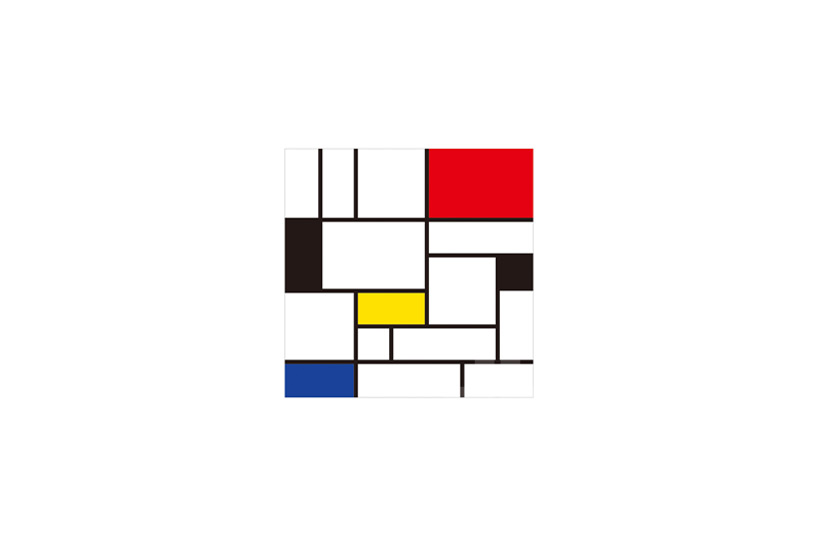 mondrian’s abstract compositions are brought into play in ‘art kitty’, whereby the blocks of primary colors have been arranged to strangely project the face of ‘hello kitty’. 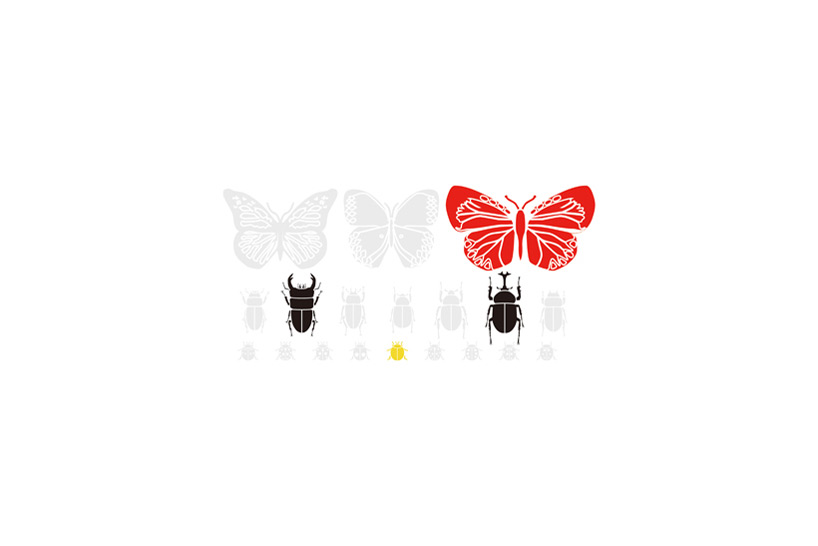 ‘biology kitty’ sees insect specimens used to depict the face of ‘hello kitty’. a large red butterfly represents her ribbon, a black japanese rhinoceros beetle and a stag beetle stand as her eyes, and a scarabaeid beetle illustrates her nose. 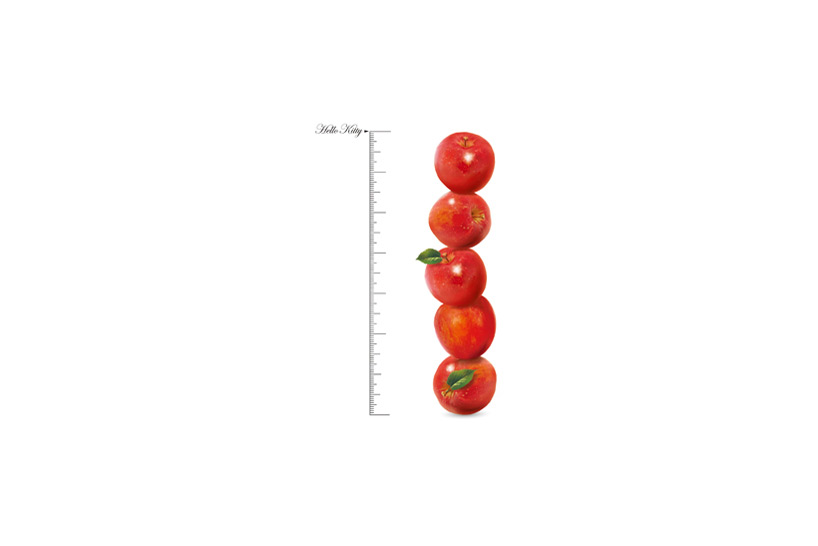 ‘physics kitty’ serves as a reference for the height of the famous sanrio character, which is five apples tall, placed next to a scale. 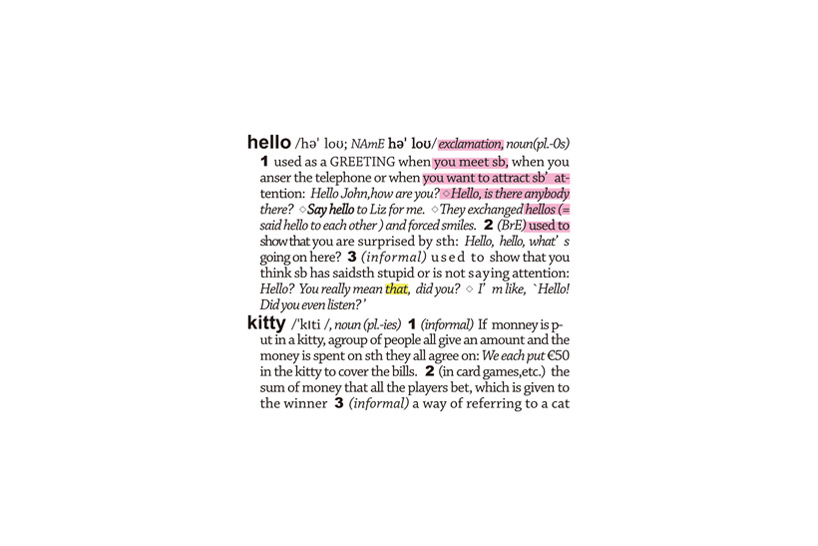 an extract from the dictionary with definitions of ‘hello’ and ‘kitty’ are depicted in the ‘dictionary kitty’ graphic. sections of the text are highlighted in pink and yellow to represent the ribbon and nose of the japanese character. 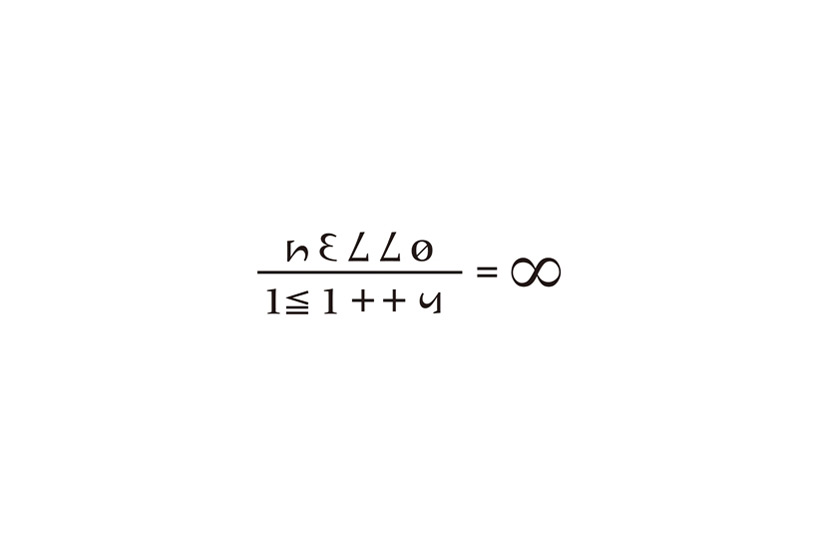 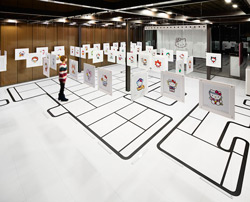 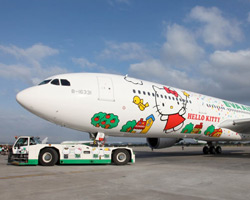 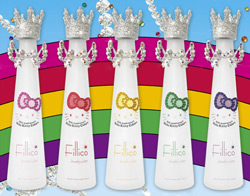 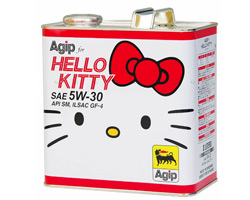